When John Derian bought his 18th-century captain’s home in Provincetown, the historic fishing village at the tip of Cape Cod, he found a lot of authentic details to delight him: original wallpaper, traditional splatter-painted floors, as well as the same ambient light that has enchanted artists over the ages.

The bathroom, however, had none of these. Indeed, the NYC-based designer describes it as a “1970s mess” due to some unfortunate interventions over the years. Deploying a combination of traditional fixtures, vintage pieces, and white paint, John set out not only to restore the original character of the bath but also to pay homage to the home’s nautical past.

Above: John sourced the salvaged tub and sink at Demolition Depot (formerly Irreplaceable Artifacts) on 125th Street in New York City. He then moved the tub under the window and equipped it with an exposed, vintage-style bath faucet from Barber Wilsons & Co. Ltd. The original wide-planked floorboards were painted the same color as the walls. 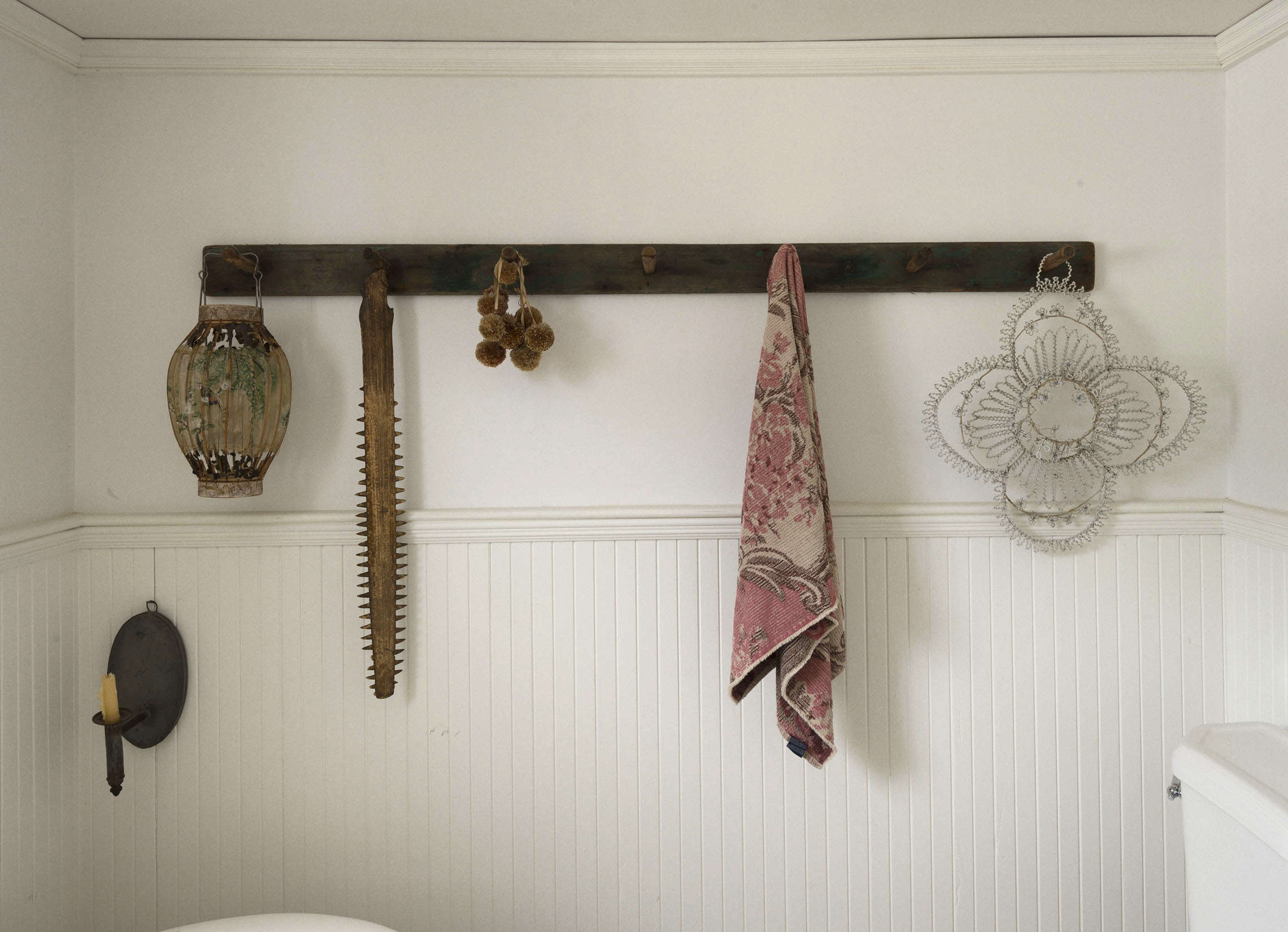 Above: John added a skim coat to the walls as well as a wraparound half-wall of traditional beadboard. The paint is “some basic color my contractor chose, which I liked and never changed,” he says. “Sometimes you can stop in certain places when you’re renovating because it just looks right.” (For white paint color ideas, check out 10 Easy Pieces: Architects’ White Paint Picks.) Above this, almost like a gallery, a vintage pegboard hosts a rotating collection of John’s favorite artifacts, including a vintage lantern and a swordfish bill. 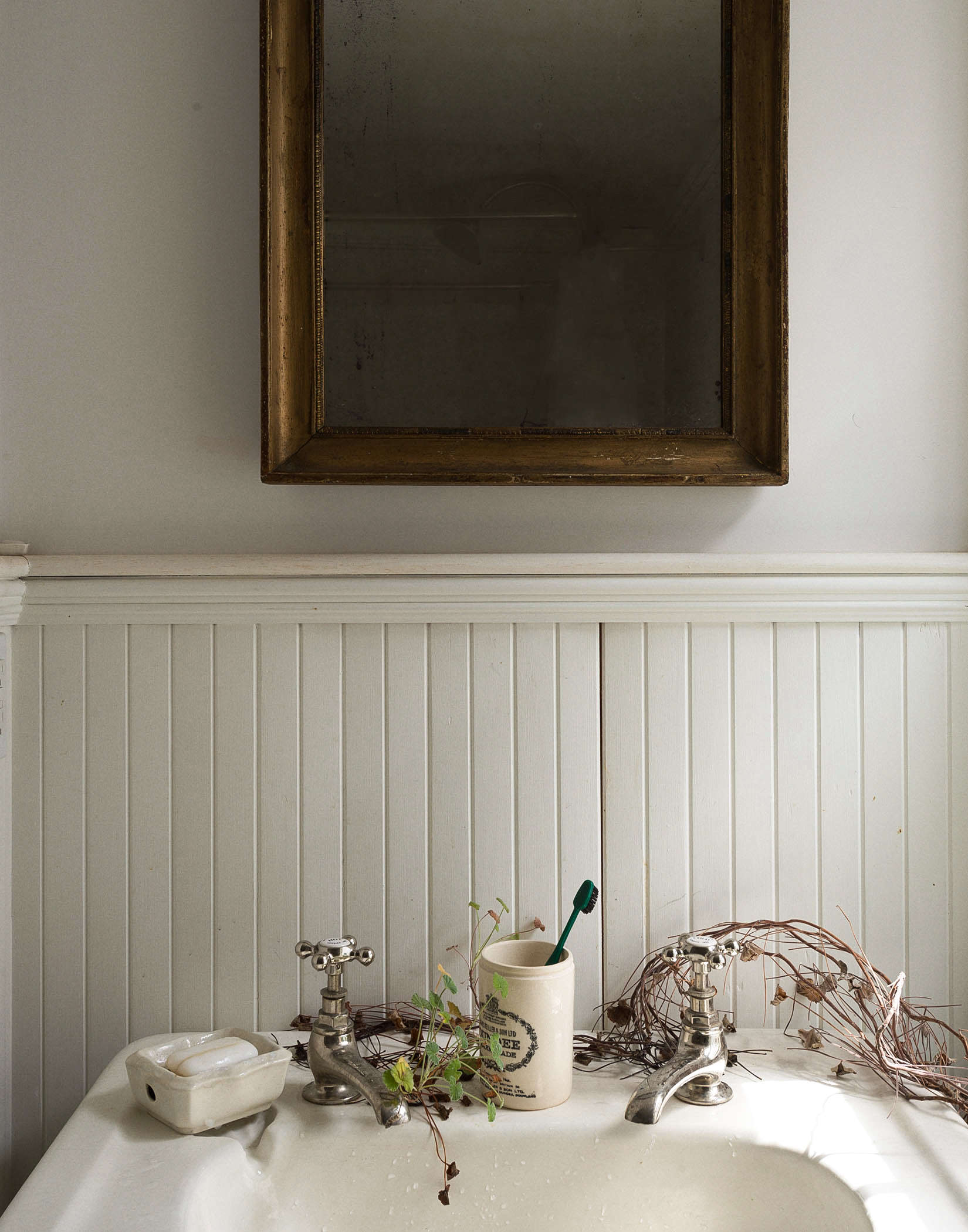 Above: John outfitted the reclaimed sink (for something similar, see the offerings at Period Bath,  This Old Tub and Sink, The Sink Factory, and Demolition Depot) with a pair of Barber Wilson’s 1/2-Inch Pillar Taps with Spout ($848 from Quality Bath). A winding, recently dormant geranium wraps around a vintage Dundee Marmalade Jar (source something similar on Etsy) holding a Binchotan Morihata Toothbrush. 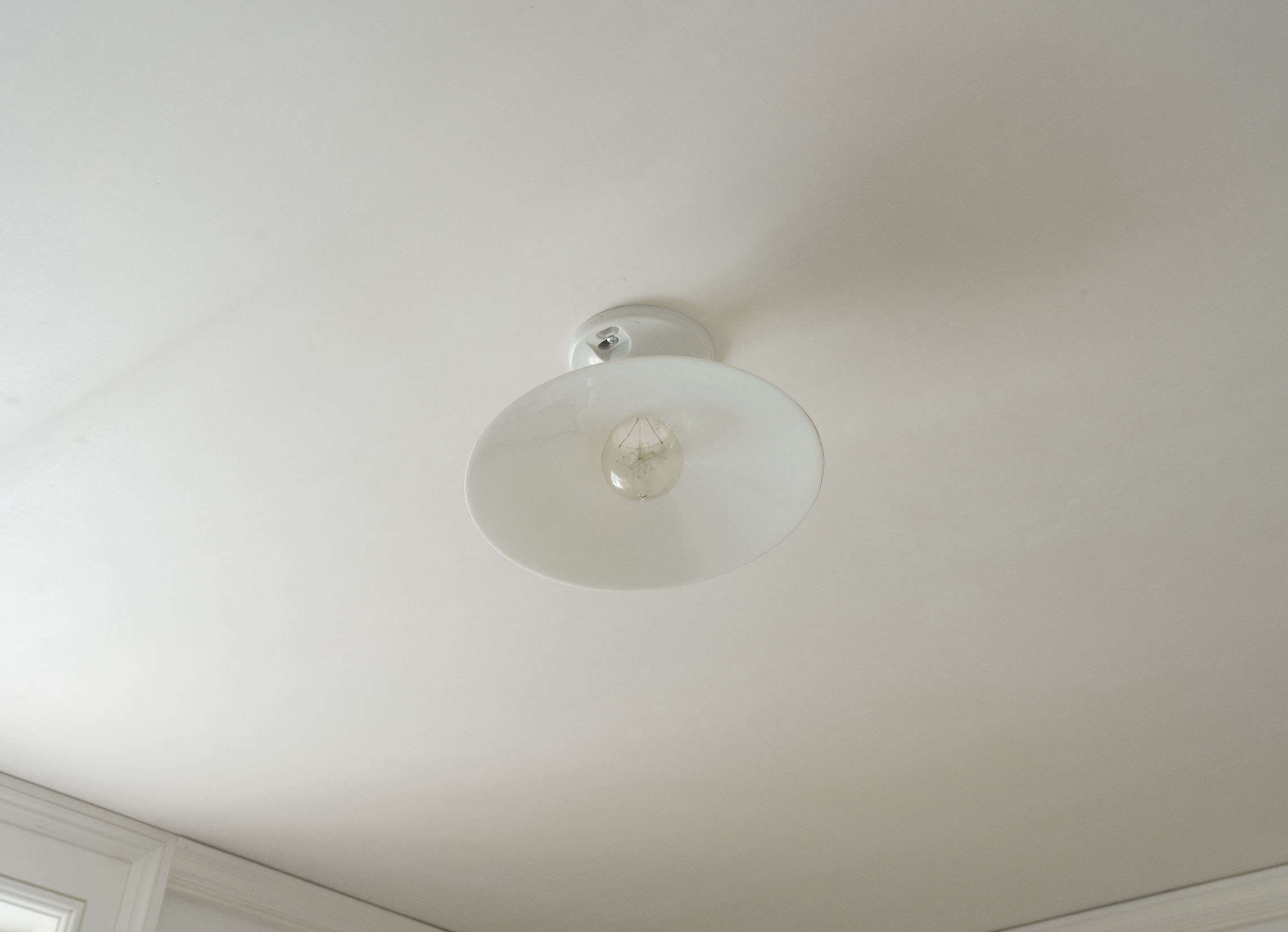 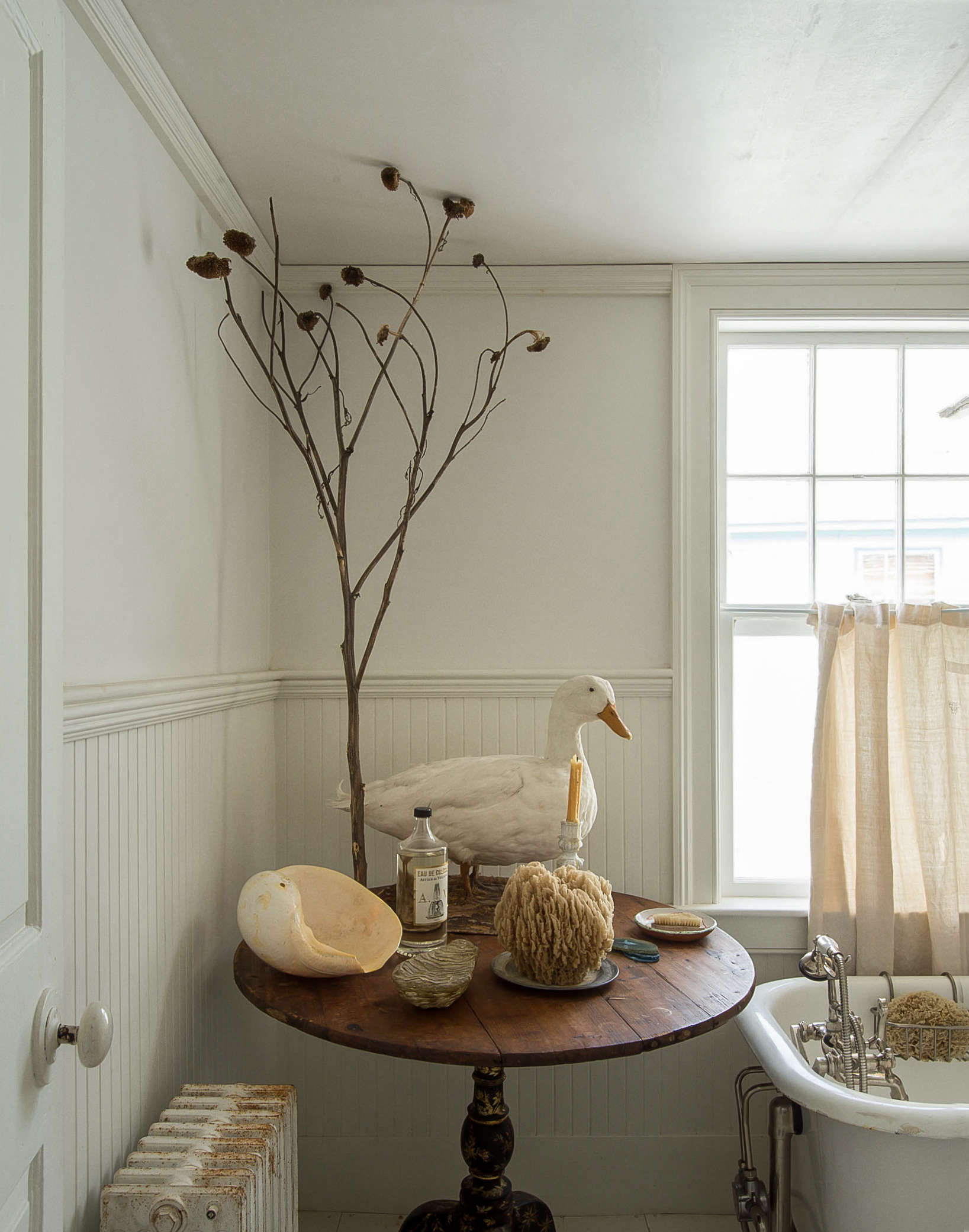 Above: John moved the door to allow for a greater flow of light between the bath and the hall. The reconfigured bath is just large enough to accommodate an antique table topped with aquatic ephemera, including an 80-year-old taxidermy duck, which John found in North Carolina.