Husband-and-wife team Hart Wright Architects relish a remodel; so much, in fact, that the RADD (Remodelista Architect and Designer Directory) members renovated a 1959 midcentury potential teardown as a speculative project. The pair were drawn to the home's potential and feared a developer might be tempted to raze and replace it with a larger, less interesting structure. Remodeled on a tight budget in partnership with Alex Bergtraun of Studio Bergtraun Architects, the home will be featured on the first AIA East Bay home tours on August 13. For more information, visit AIA East Bay. 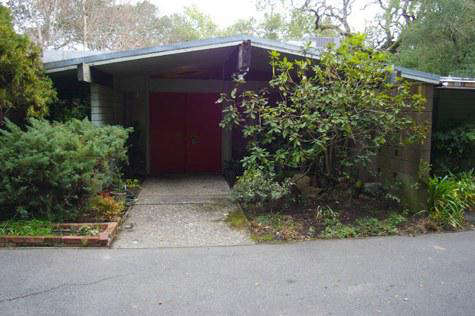 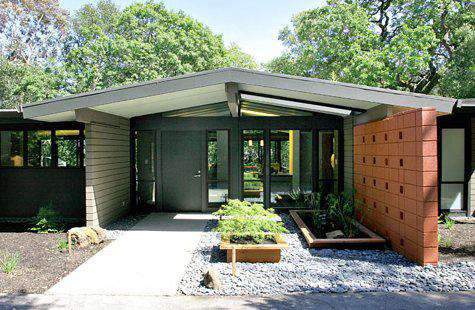 The flow of space between interior and exterior, a hallmark feature of midcentury houses, had been lost over the years. Key design moves like extending wood siding from the outdoor entrance into the entryway and careful re-landscaping have shifted the emphasis back to the important relationship between exterior and interior space. Photo by Liz Rusby. 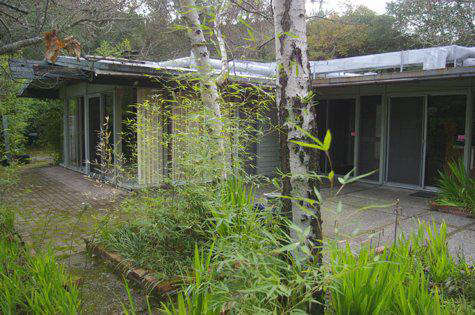 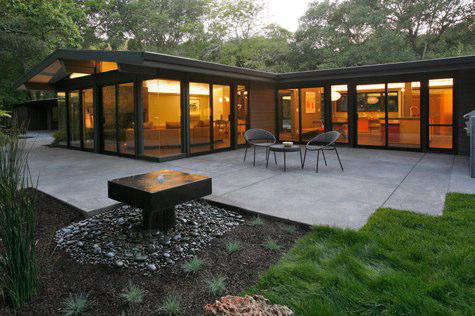 The architects removed the obstructive interior curtains, cleaned up the landscaping, and installed trough lighting to create an inviting home (both inside and outside). Photo by Sam Shaw.