Iconic British architect John Pawson has kitchen appliances like the rest of us; however, his genius lies in the way he conceals countertop clutter behind cabinet doors. As Tamsin Blanchard writes in the Guardian, "The question everyone wants to ask John Pawson, who appears to live his life with only the clothes on his back and the bare walls of his home, is 'Where's all your stuff?' Well, I have the answer. The general mess and chaos is all there; it's just hidden behind closed doors. What Pawson has managed to do in his own west London home is not pare down his life to a Zen-like minimum of possessions and stuff, but to build a house with adequate storage. Open any of the cupboard doors in the family's kitchen, and you will be relieved to discover that John Pawson is a human being; he's just a bit more organized." Here's a roundup of Pawson-designed kitchen and dining spaces (as well as the Pawson-designed kitchen system for Obumex, shown below). 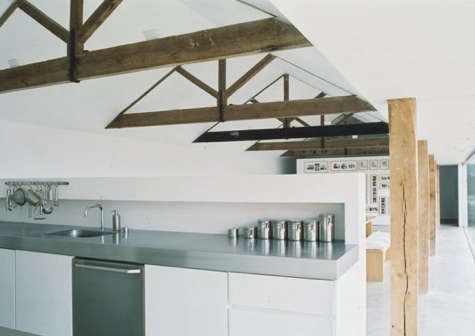 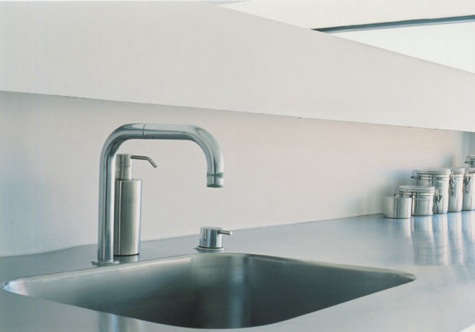 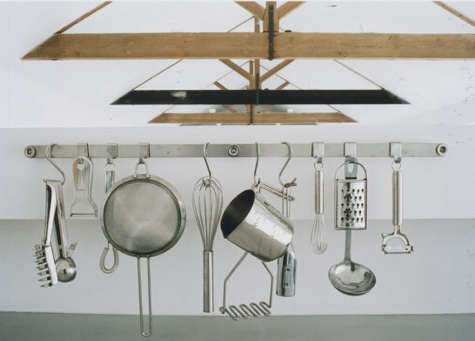 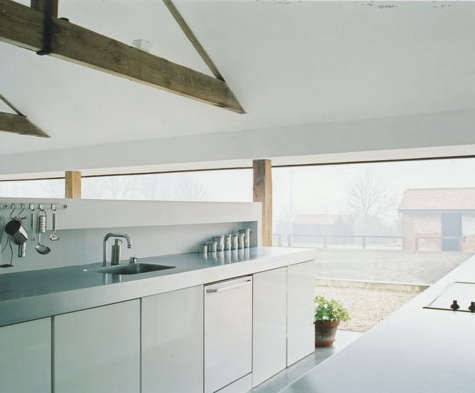 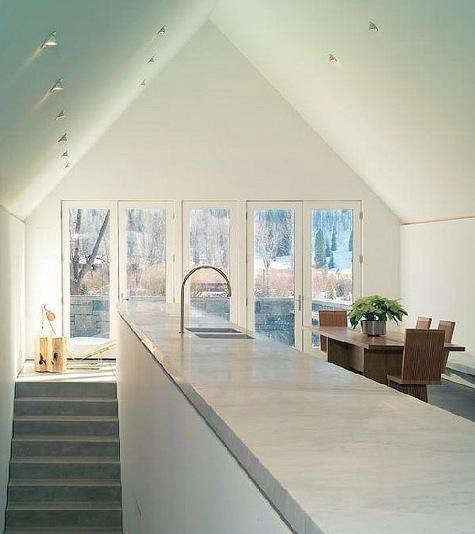 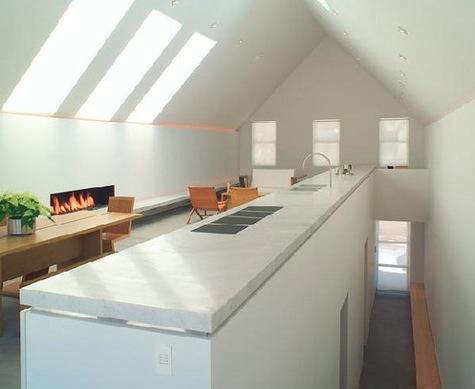 Above: A Pawson-designed house in Telluride, Colorado (Architect Visit: John Pawson in Telluride). Above two photos by Ken Hayden, 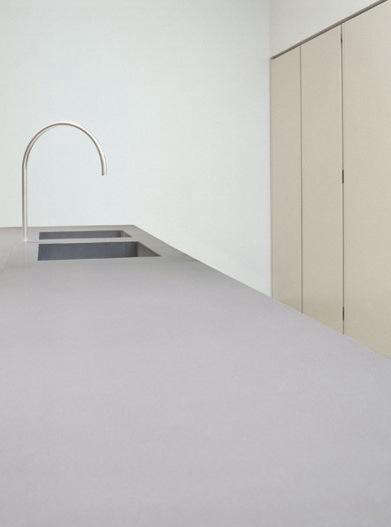 Above: A Pawson kitchen in Europe, photo via OWI. 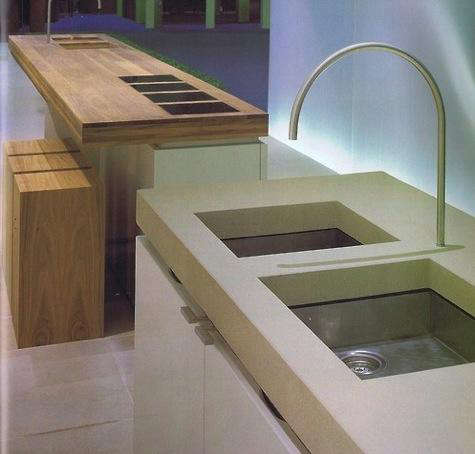 Above: The John Pawson Kitchen System for Belgian company Obumex is "a flexible kit of elements in which every details is considered, where all visual noise is subdued and where waterspout and taps become pieces of domestic sculpture." It's classic Pawson—the only protruding item is a simple spout (the tap levers are hidden from view). All essentials (drawer pulls, hinges, undermount sink) are concealed beneath the 4-inch-thick slab counter, which is available in Carrara marble, waxed American walnut, lava stone, or brushed stainless steel. For sourcing information, go to Obumex.