When proprietors Serena Mitnik-Miller and Mason St. Peter of San Francisco’s General Store opened shop, they put the Outer Sunset on the map. Now Hannah Henderson spiffs up Lincoln Boulevard with a Venice Beach outpost. As the branding creative (and owner of POP studio with partner John Moore) says, “To be honest, I had never really considered opening a store until I met Serena and Mason. I really loved what they had done with General Store, and I knew my community would appreciate it as much as I did.” It turns out she was right. 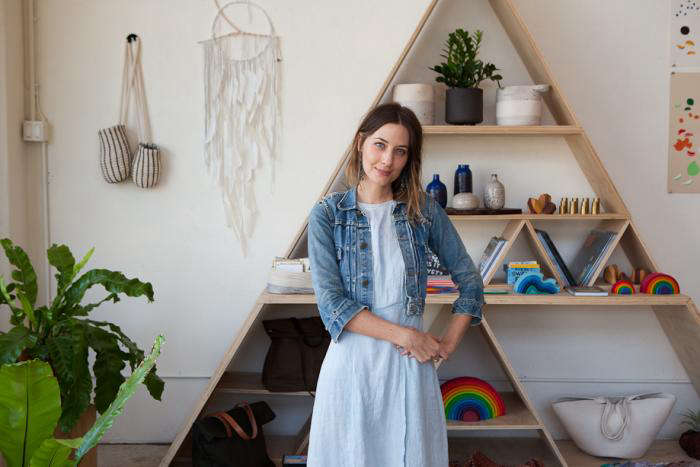 Above: Hannah Henderson in the Venice store. She and Moore collaborated with Serena Mitnik-Miller and Mason St. Peter, who is a designer, on the look and feel of the space. 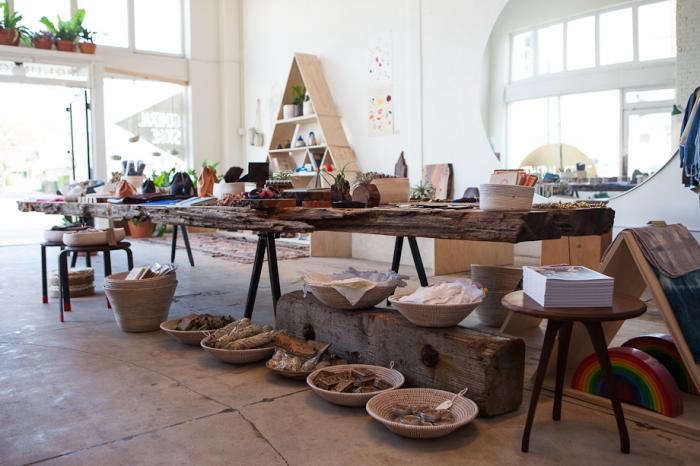 Above: “General Store in Venice is a bit bigger, which allows us to bring in more product and bigger pieces,” Henderson says. “Otherwise the two shops have a really similar feel. All of the local LA craftspeople we’ve discovered down here, we bring up to SF, and vice versa.” 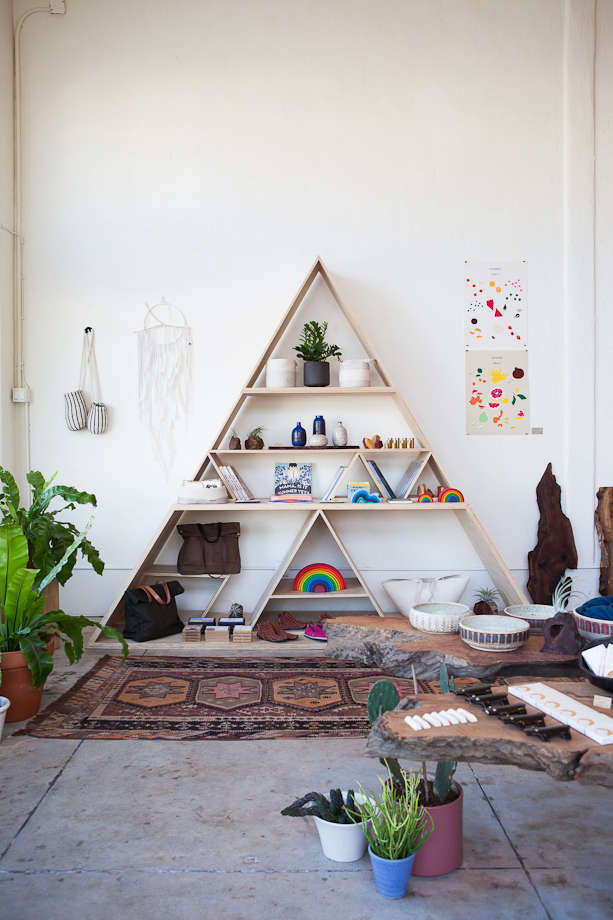 Above: The triangular shelving echoes the shelving in the SF General Store. 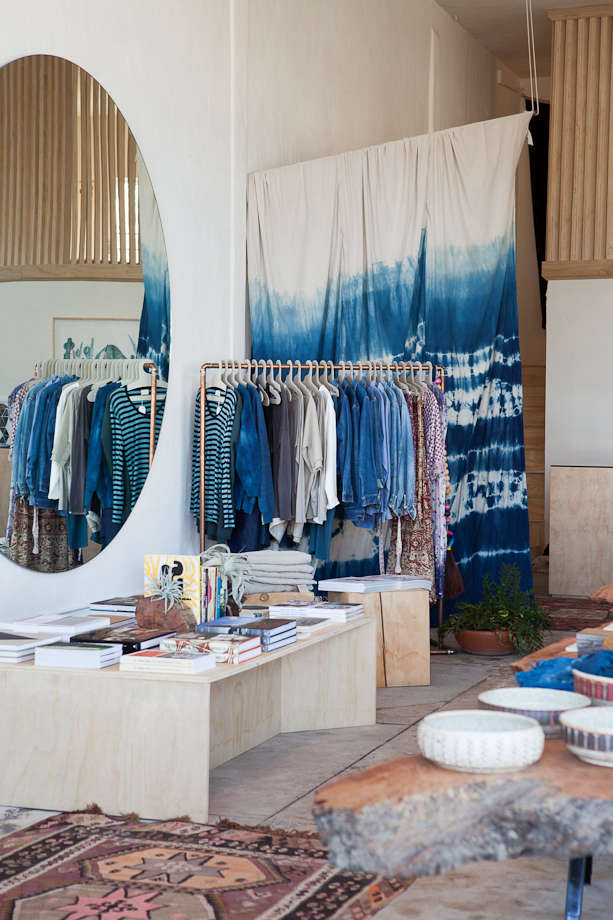 Above: Dressing room curtains are made from hand-dyed indigo and logwood shibori fabric by Lookout & Wonderland. 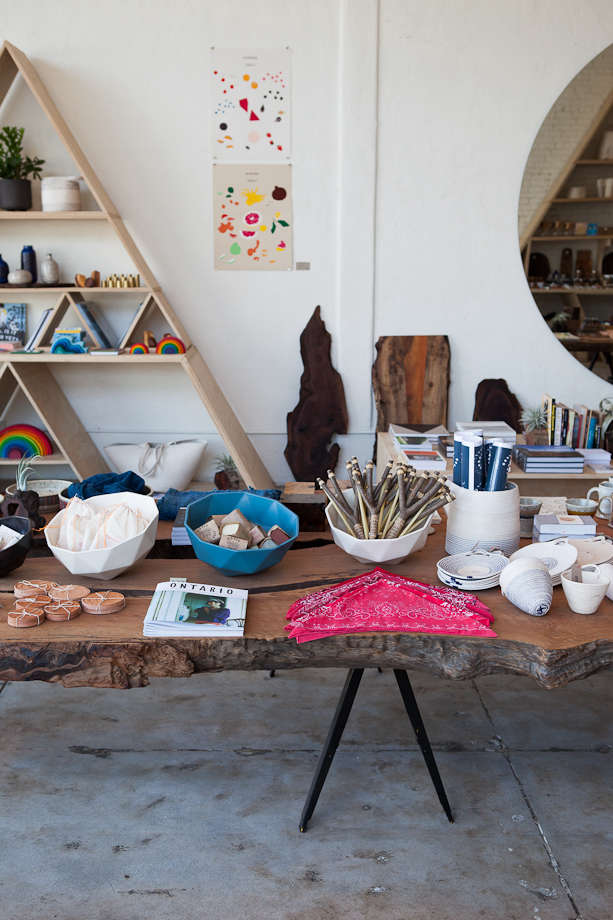 Above: Kelly Lamb bowls on display. 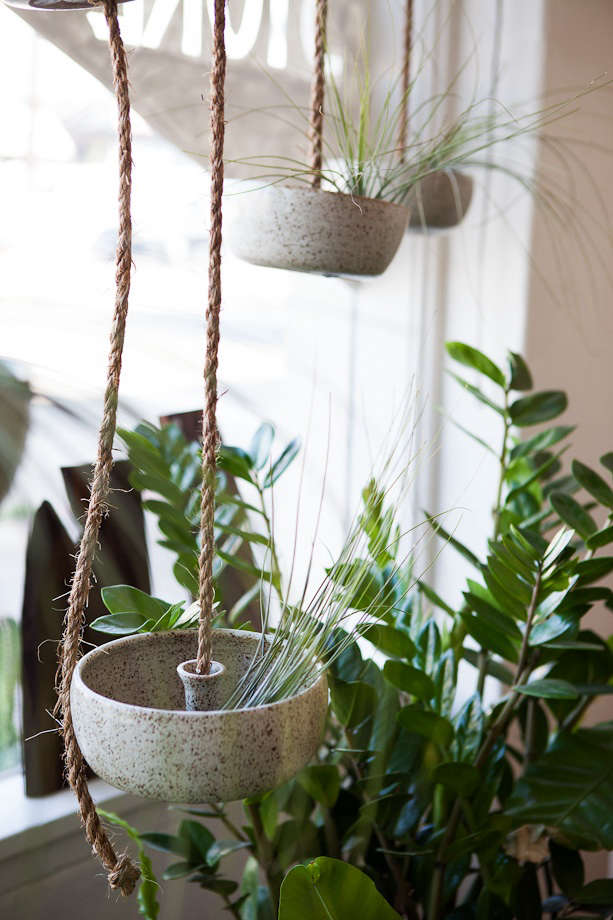 Above: Hanging ceramic planters from K+R. 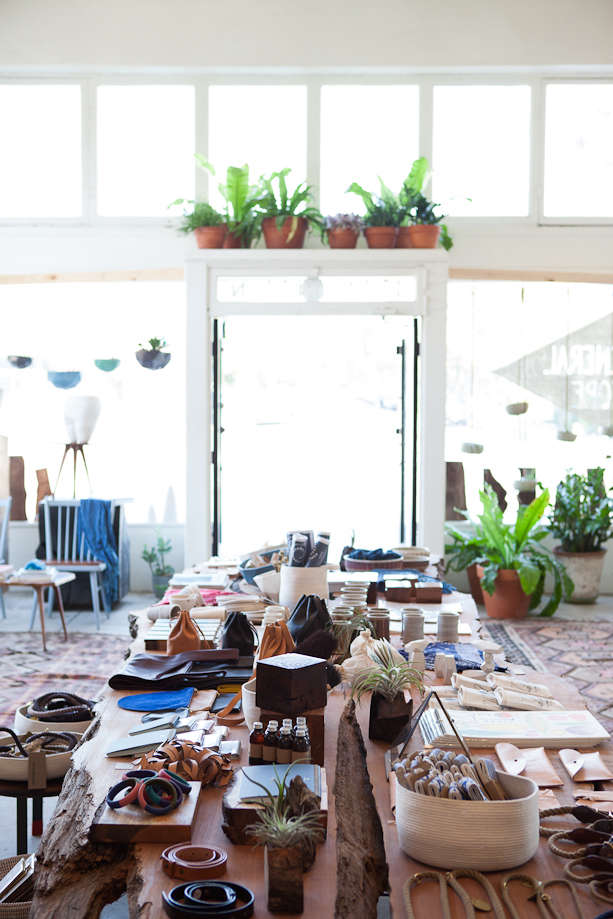 Above: Henderson has added some LA favorites to the store’s mix of local goods. 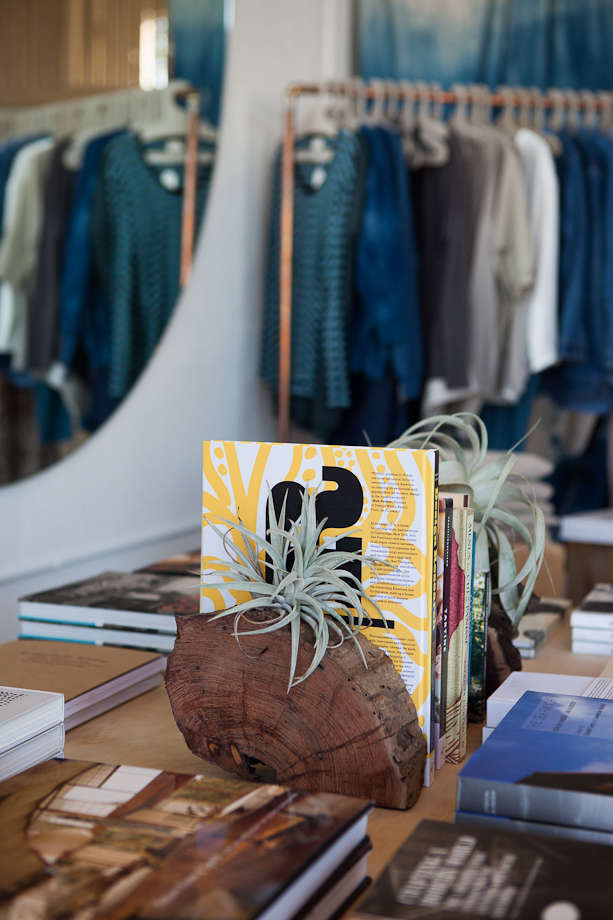 Above L: Handmade leather goods from Me & Arrow in Los Angeles.

Above L: A moon calendar designed by Margins Imprint with beads from Fredericks and Mae. Above R: The resident canine looking chic. 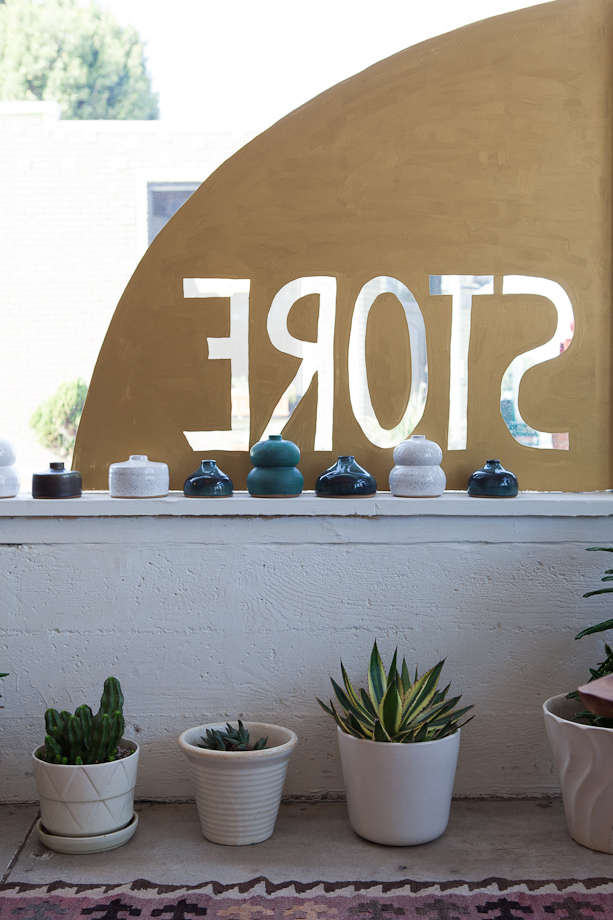 Above: The General Store is located at 1801 Lincoln Boulevard.

Swept Away: New Utilitarian Products from Hay in Copenhagen