The architect in me is always interested in seeing how other architects inhabit their space. I recently caught up with New York-based David Mann and his partner Fritz Karch, the editorial director of collecting at Martha Stewart Living.

When Mann, an architect at MR Architecture + Decor, moved to this Washington Square penthouse studio in New York twenty years ago, he channeled his energy into restoring the apartment back to its original Art Deco state (including replastering all the walls and ceilings and stripping the steel windows). A wise strategy, since he's had to do little since; instead, the couple has filled the apartment with the things they love; a few choice artworks and a smattering of finds from local flea markets, which Karch scours religiously. For more photos, see An Afternoon with David & Fritz.

Photography by Michael Mundy of An Afternoon With. 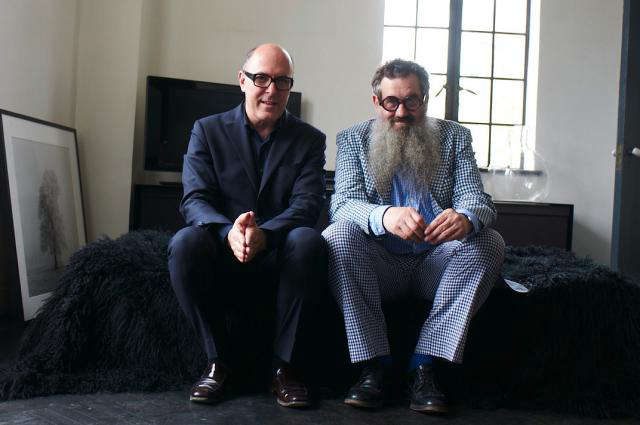 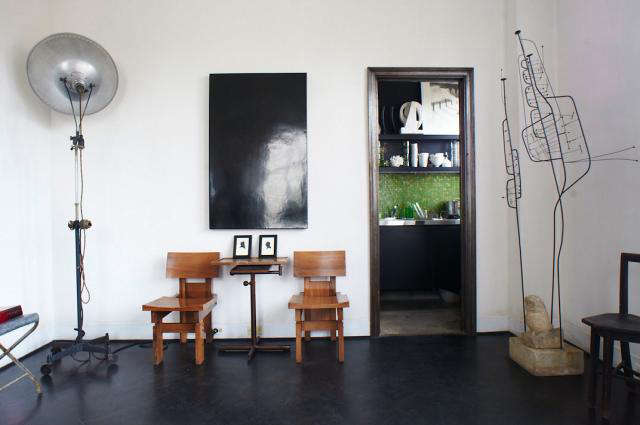 Above: In the entry hall, a self-portrait by Benjamin Cottam sits amid various flea market finds, including a klieg light used in film-making, a Swiss hospital table from the 1920s, and a wire sculpture which Mann likens to a Bertoia. 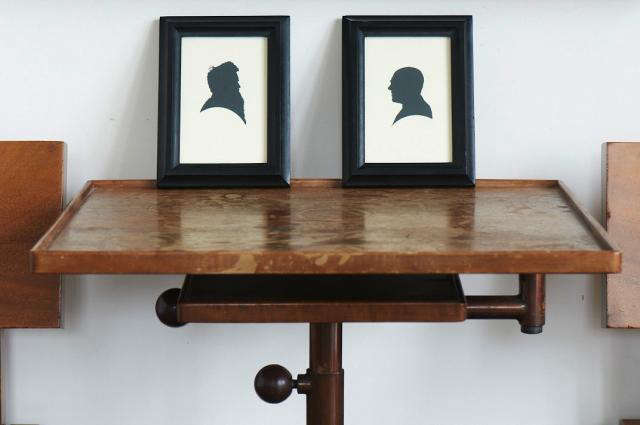 Above: Silhouettes of Karch and Mann displayed on the Swiss hospital table. 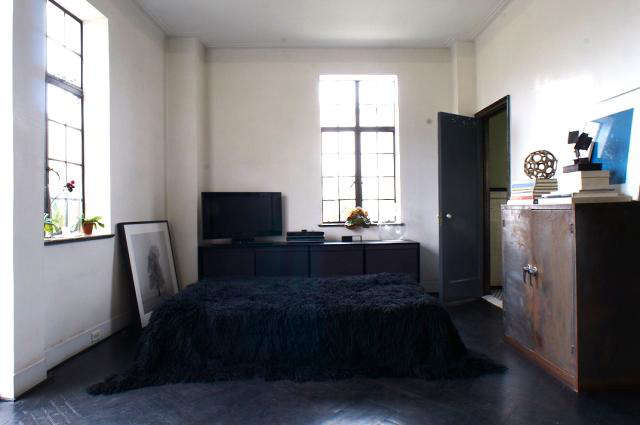 Above: A low bed draped in a Mongolian lamb bedspread from J. Mendel doubles as a seating area in the studio apartment. 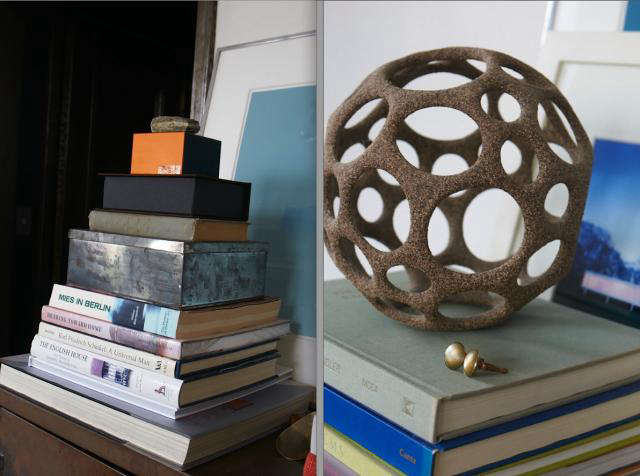 Above: A stack of books add texture and color to the living area (L). An orb by ceramist Pamela Sunday (R). 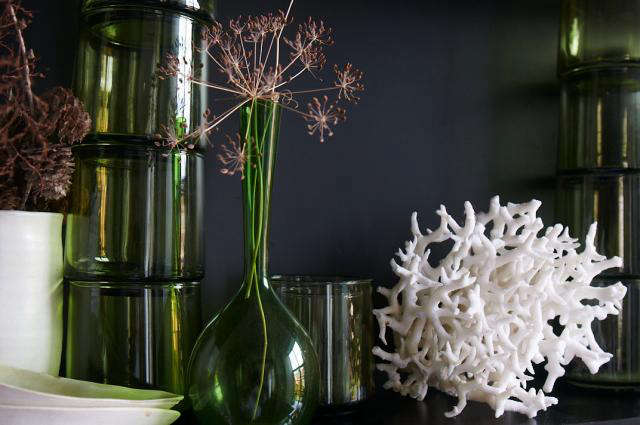 Above: Mann refers to Karch's collecting influence as a "slight dusting of Fritz over the apartment." 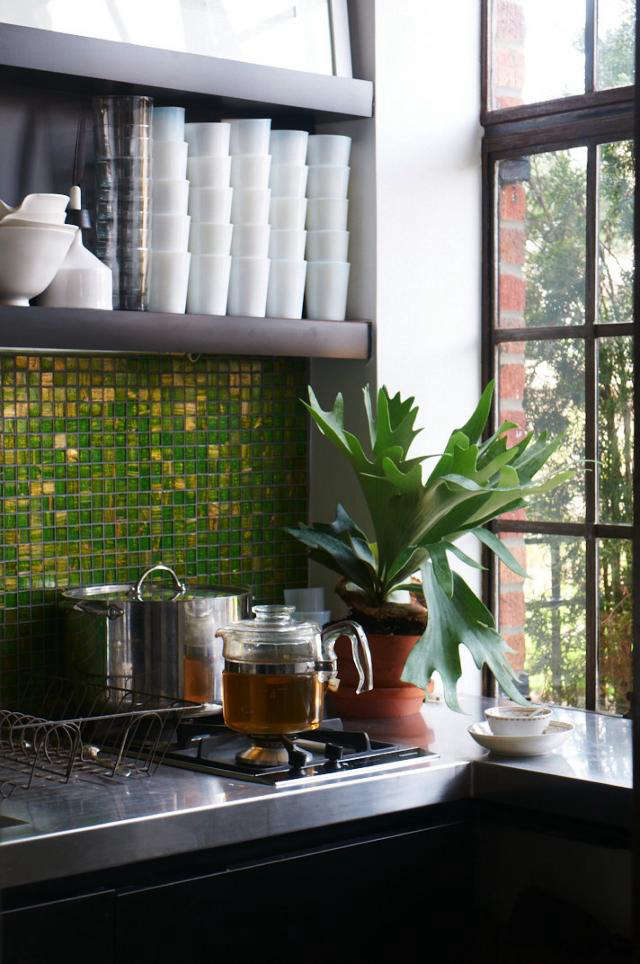 Above: In the kitchen, Bisazza glass mosaic tiles add color and interest to a small space. 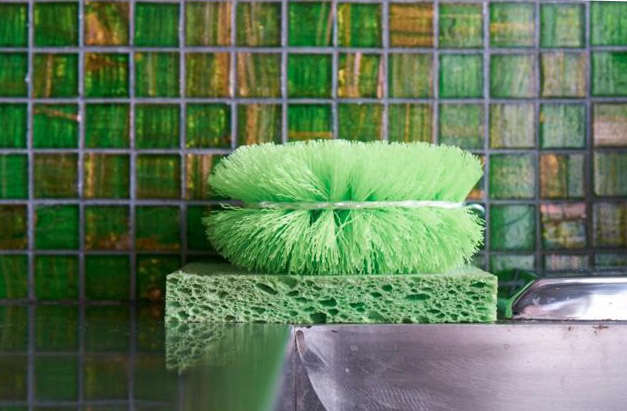 Above: Even a sponge and a kitchen brush can become part of the decor. 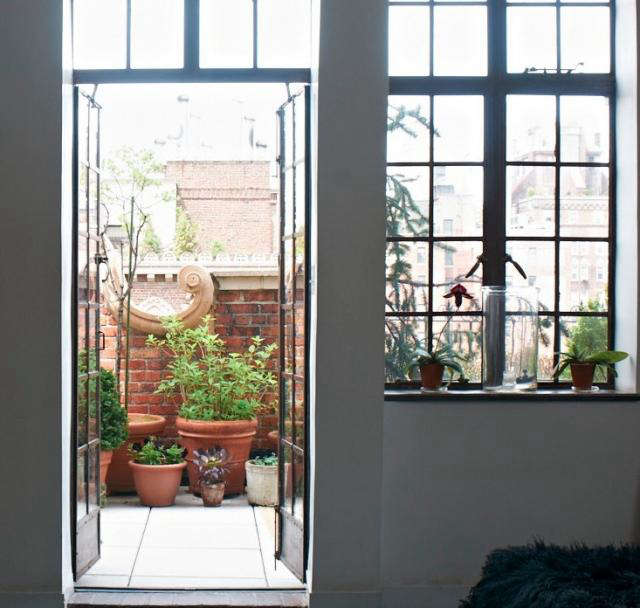 Above: Mann stripped all the window frames back to their original finish when he moved into the apartment. The roof terrace shows evidence of Karch's green thumb. 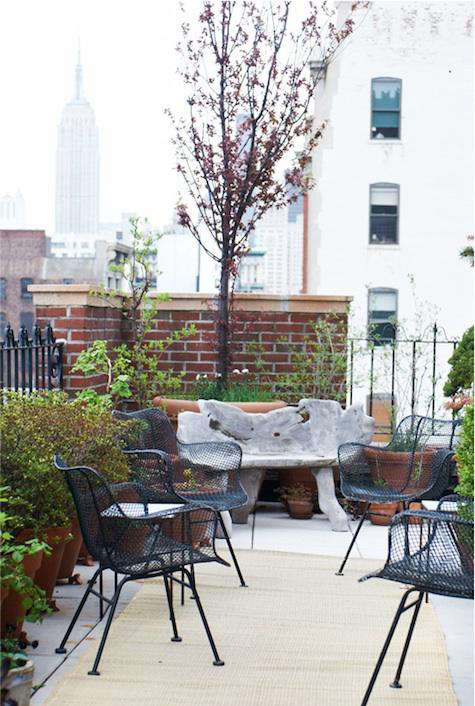 Above: The couple do most of their entertaining on the terrace, which becomes a second room in the warmer months. The bench is carved from a single piece of wood.

The Ideal Washer and Dryer

Piecing Together an A.P.C. Quilt