The Ace Hotel team has established a tropical toehold in Central America with its new American Trade Hotel in Panama City, a five-story landmark building with a colorful history.

Built in 1917, the American Trade Development Company building was Panama City’s tallest—and only the second to have an elevator—and became the city’s first luxury high rise. Starting in the 1930s, an exodus from the city’s Old Quarter to the surrounding suburbs sent the neighborhood into a decline. By the 1990s, the building’s owners had abandoned it to street gangs who used its height as a vantage to survey the surrounding neighborhood. Purchased in 2007 by Conservatorio SA, developers who specialize in the revitalization of the city’s historic district, the building retains much of its original architectural detail.

Collaborating with Conservatorio SA and LA-based Commune Design, the Ace team has created a 50-room hotel; rates range from $245 to $540 per night. For more information, see Ace Hotel. 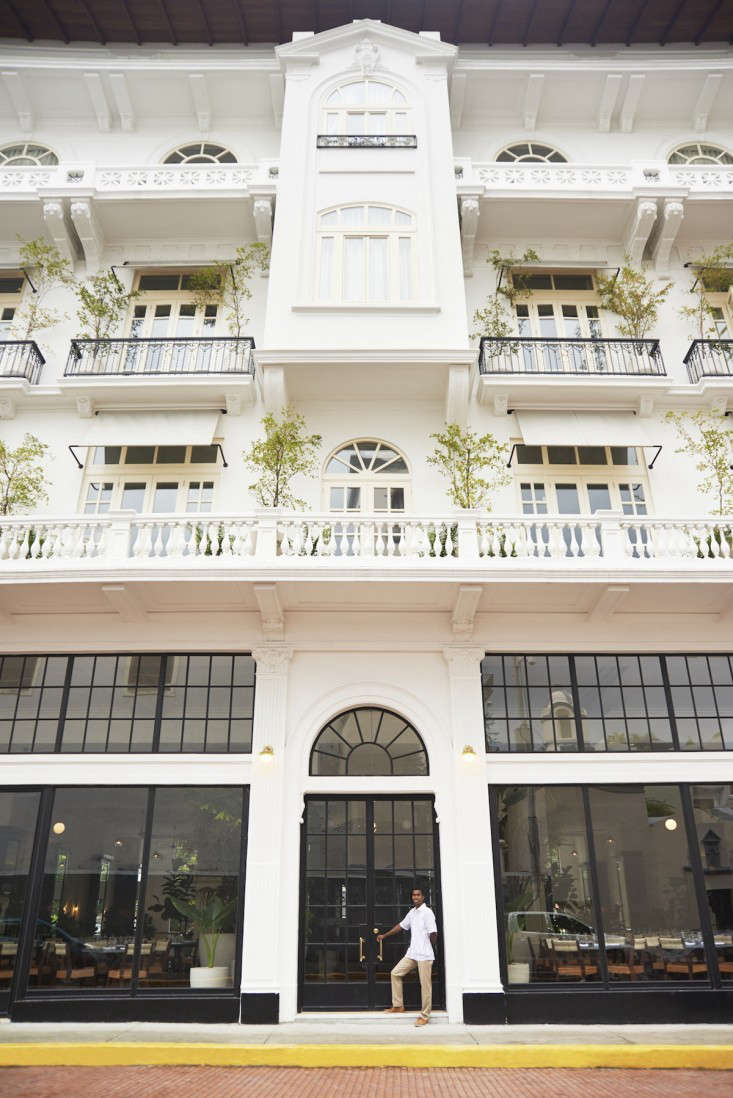 Above: The five-story white stucco confection was built by the great great grandfather of Conservatorio SA cofounder Ramón Arias. In its original incarnation as a luxury apartment building, it had a department store and bank on the ground floor. 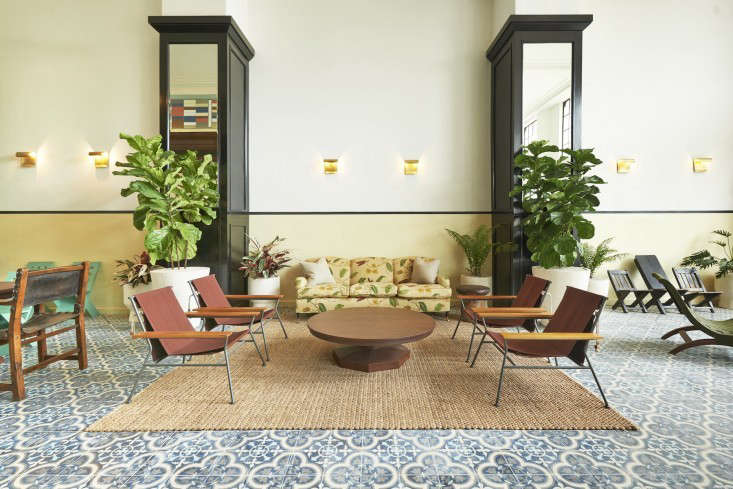 Above: These days, twin fiddle leaf fig trees flank a seating area on the ground floor, in the hotel lobby. (Considering a fig of your own? See The Fig and I: Tips for Caring for a Fiddle Leaf Fig Tree.) 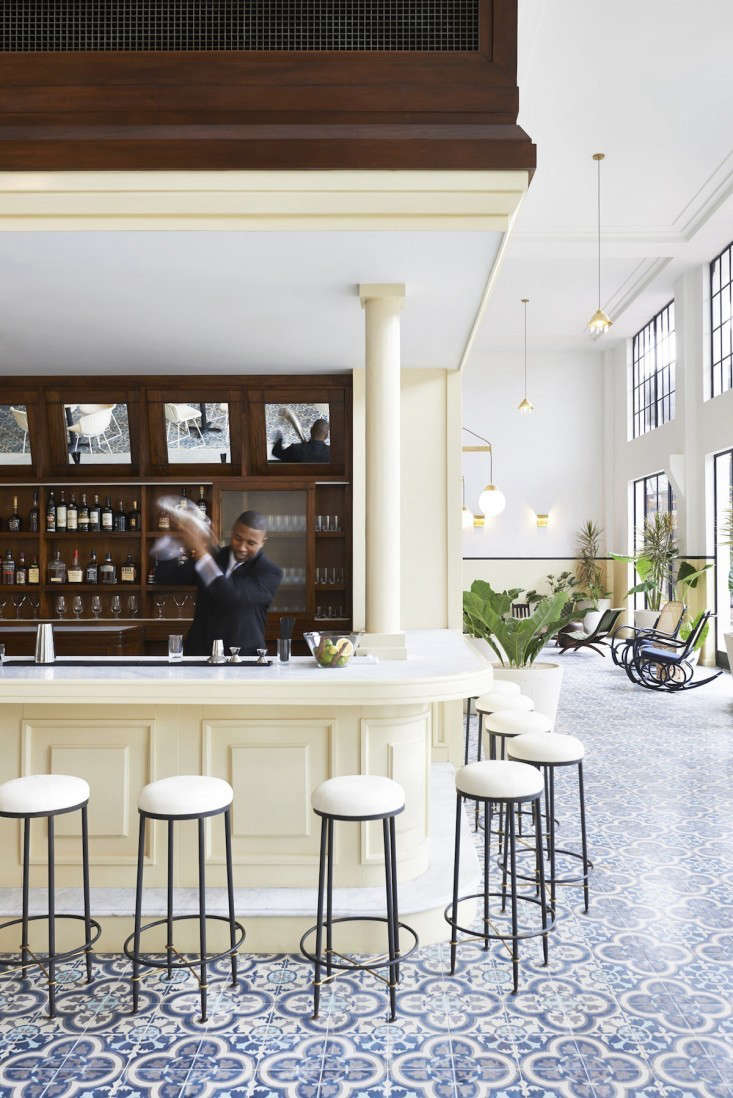 Above: The lobby bar. 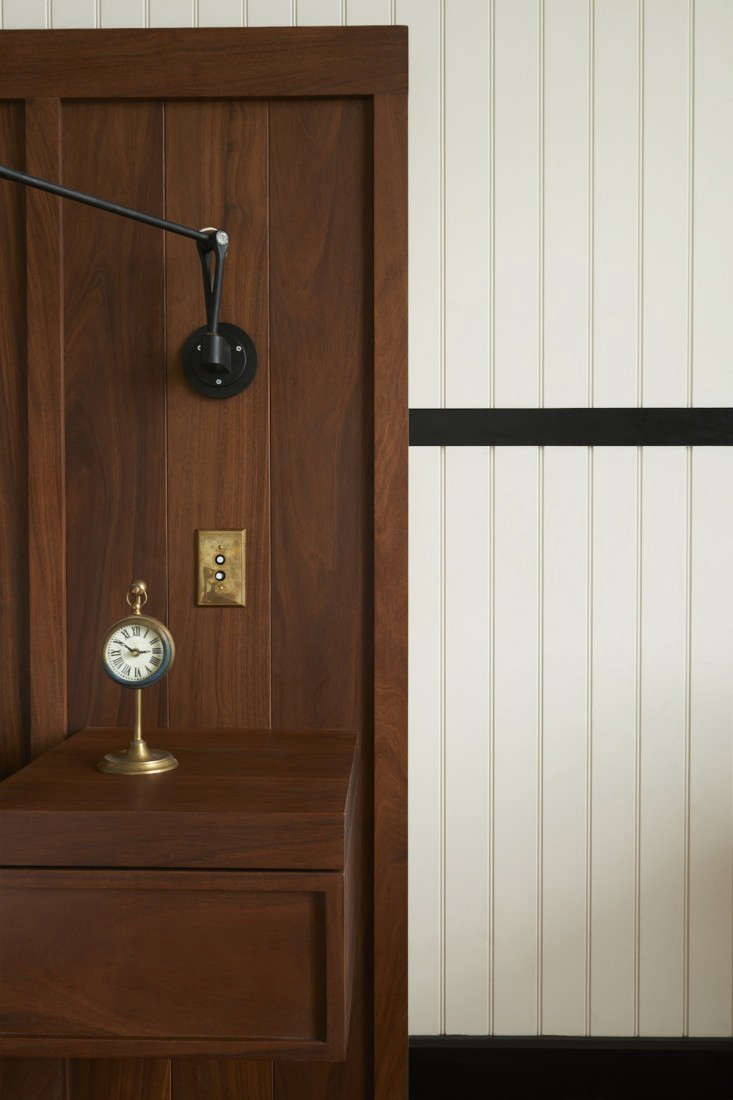 Above: Commune Design’s interior spaces marry a mix of styles: Spanish colonial, modern, and midcentury influences are all evident. 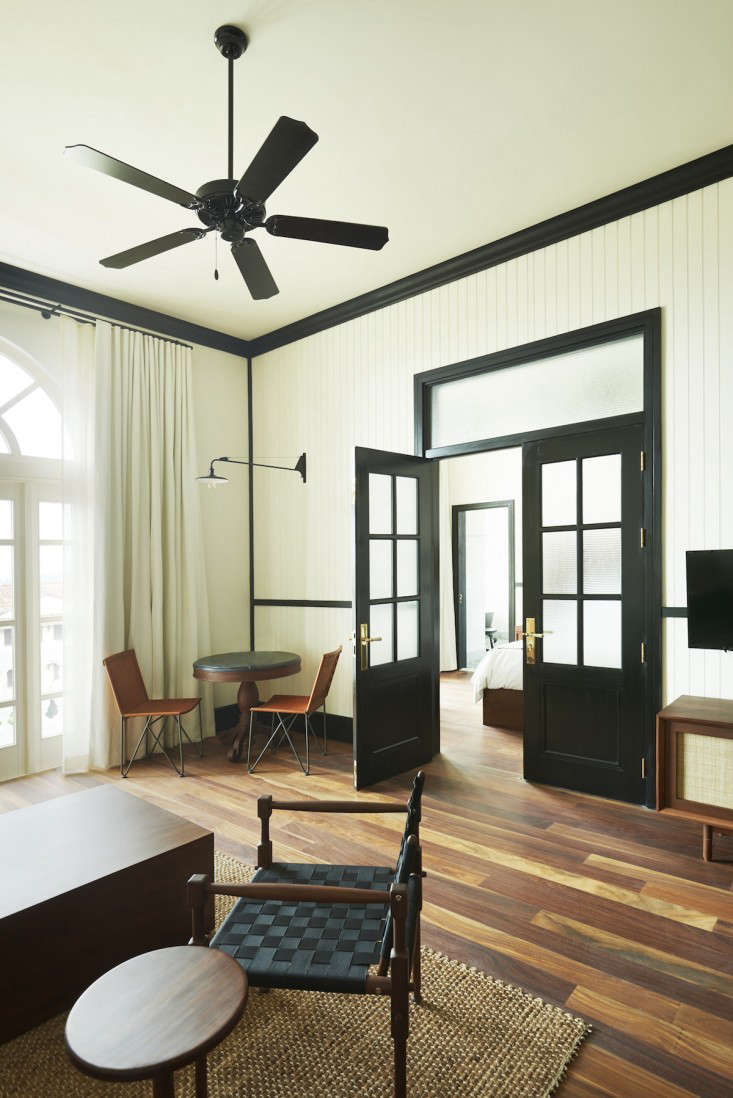 Above: Suites with separate living rooms feature views of the ocean or the Plaza Herrera. 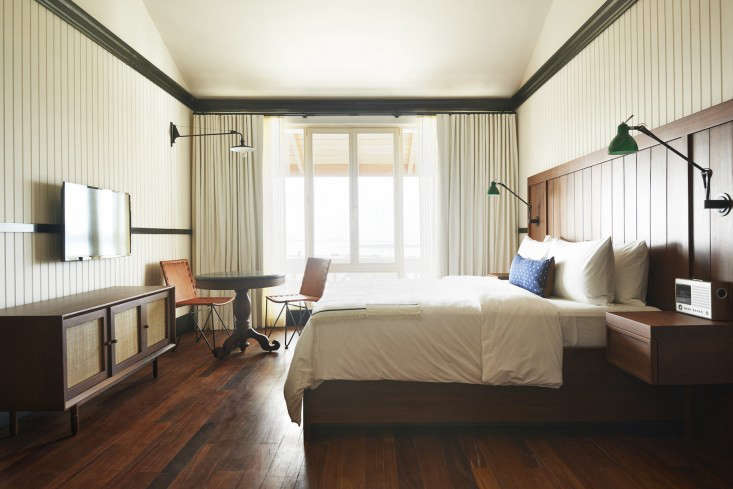 Above: The bedroom floors are made of random width planks of the tropical hardwood almendro; for more information, see Taller Colonial. 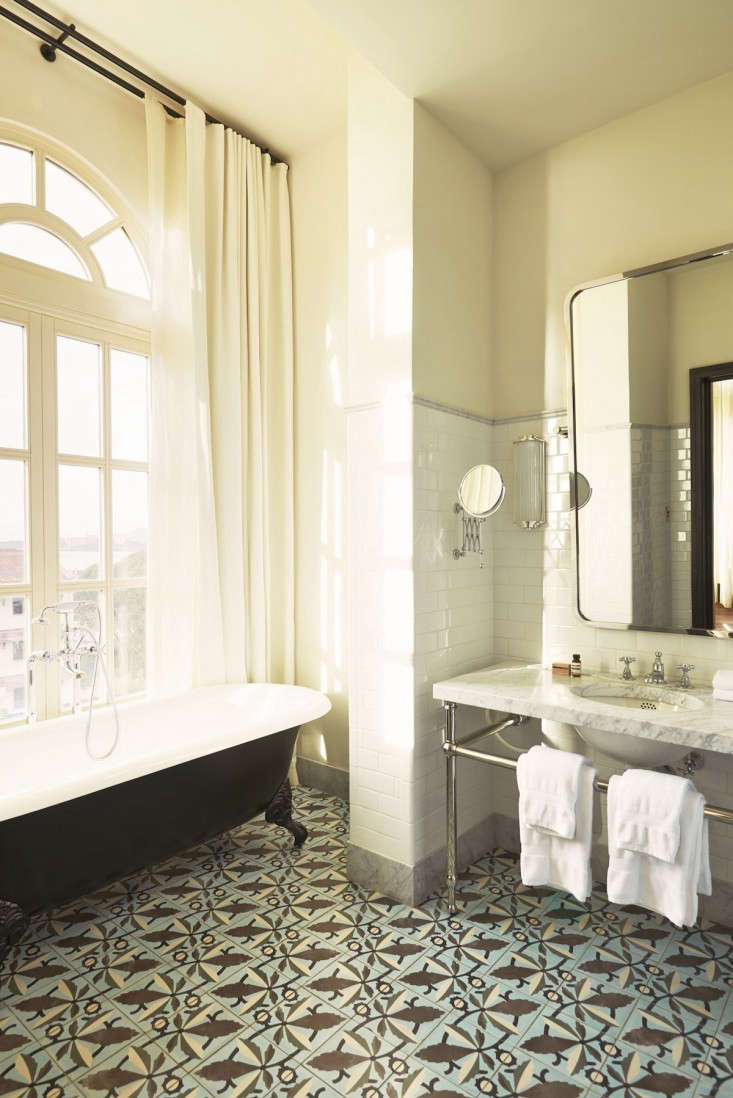 Above: A mix of subway tile and stone in a bathroom with an expansive view of the city. 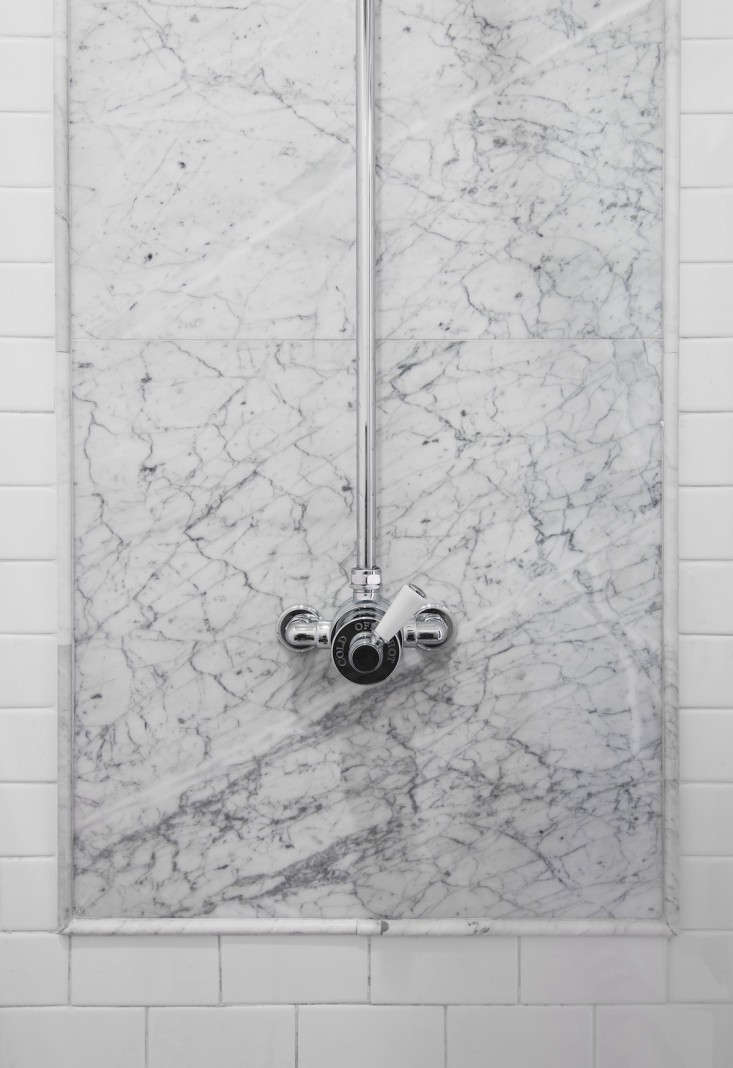 Above: Marble and tile in a walk-in shower. 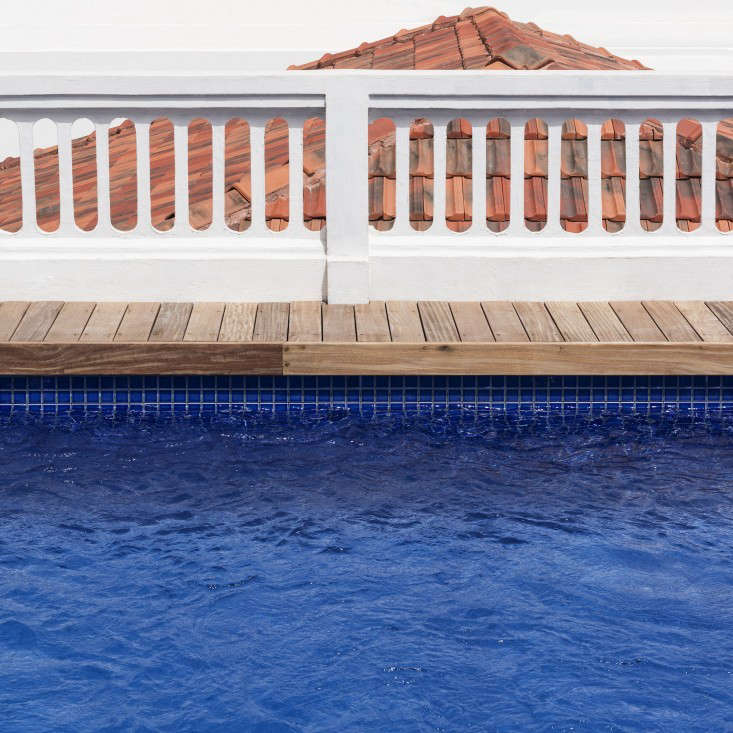 Above: The view from the hotel swimming pool. 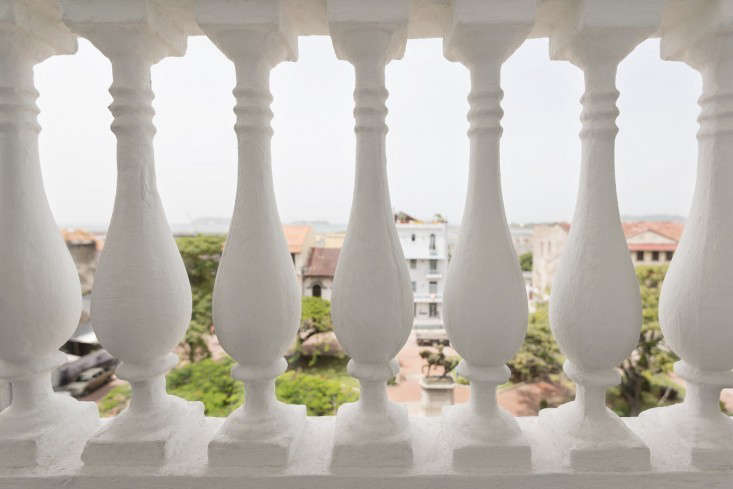 Above: The 75,000-square-foot renovation involved four buildings, including a former National City Bank of New York building with 30-foot ceilings and a ballroom.