All rose petals are edible. But not equally delicious. This is just one of the many lessons you can learn in a rose garden that's been encouraged to run amok.

Samantha Greenwood, the special events chef at Alice Waters' Chez Panisse restaurant in Berkeley, grows a high and wild tangle of 80 varieties in her garden. "I don't want little rose bushes in a line," she says. "I love being lost in them." Deer are always a looming threat ("my boss, Alice, lives four blocks away, and her front yard gets hit once in a while," she says), and Ms. Greenwood's roses don't get sprayed or coddled. "I've booted out a lot of roses, when I wanted something else," she says.

Ms. Greenwood does not like yellow roses. But her husband, the rose petal eater in the family, says yellow tastes best, which may explain how a certain Graham Thomas English rose has managed to avoid being booted.

Photography by Mimi Giboin, except where noted. 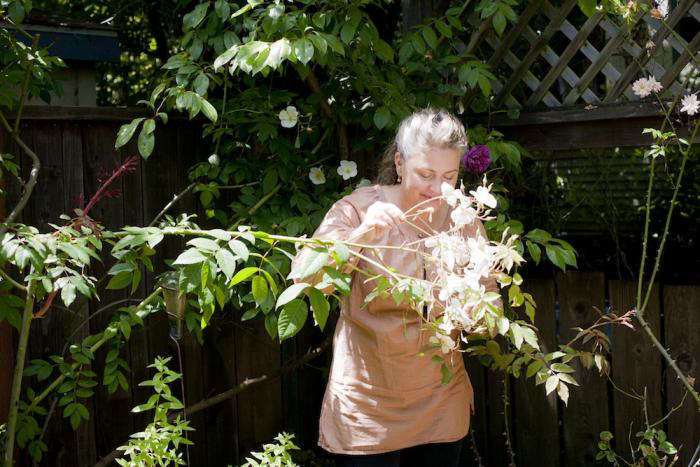 Above: Ms. Greenwood with her favorite, a white rose scented like cloves. "If they don't smell, what's the point?" she asks. 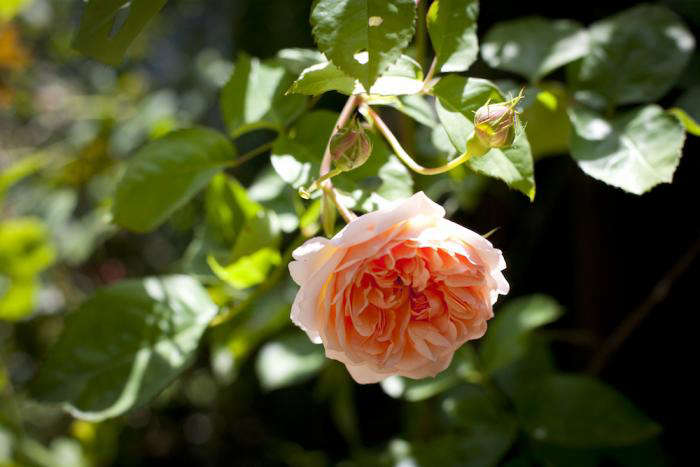 Above: Tamora is an English shrub rose that smells of lilac and mimosa. (It's available for $22.95 apiece from David Austin.) 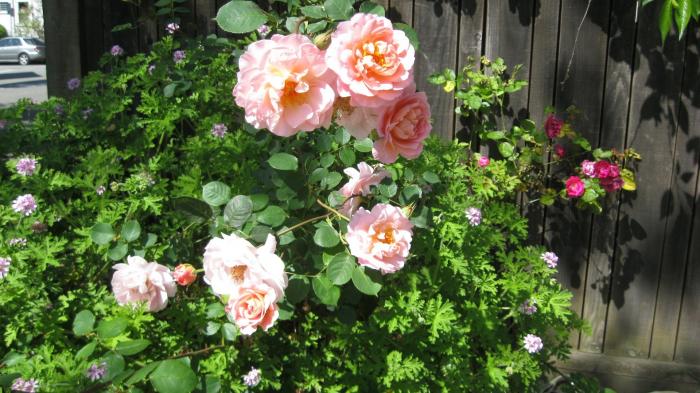 Above: Ms. Greenwood propagates roses by grafting. Her technique: When roses are dormant, take cuttings, and with a knife slice stripes along the bottom four inches of the stems ("like if you peeled a cucumber," she says). Dip the cuttings in rooting hormone before planting two or three together in potting soil in a one-gallon container, which won't dry out as fast as a smaller pot. "They're really fragile, like babies, for a whole year," she says. Image by Sarah Lonsdale.

Above: Vine roses, like this musky-scented climber, last the longest—up to two weeks—after Ms. Greenwood cuts them.

Above: "I have so many memories attached to them, from where they came from and the people who gave them to me," Ms. Greenwood says. "It's kind of like having old friends." 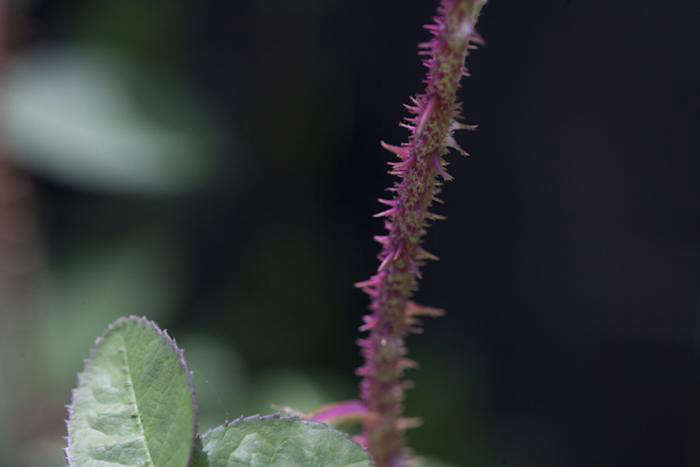 Above: At Chez Panisse, she puts rose petals on wedding cakes. "It just brings this really heartfelt kind of homemade feeling to it," she says. 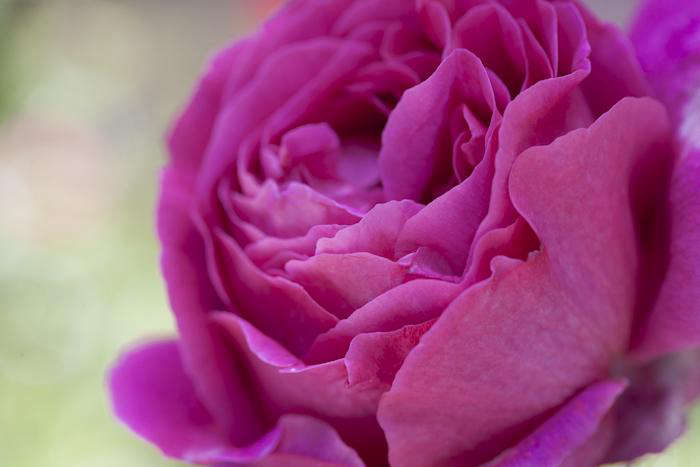 Above: Othello is a hardy English climber with a strong scent; it's $24.95 apiece from David Austin.

Above: When Ms. Greenwood moved to her house five years ago, she brought along 50 of her favorite roses from her previous garden. "They lived in pots for a year and a half while we remodeled," she said. 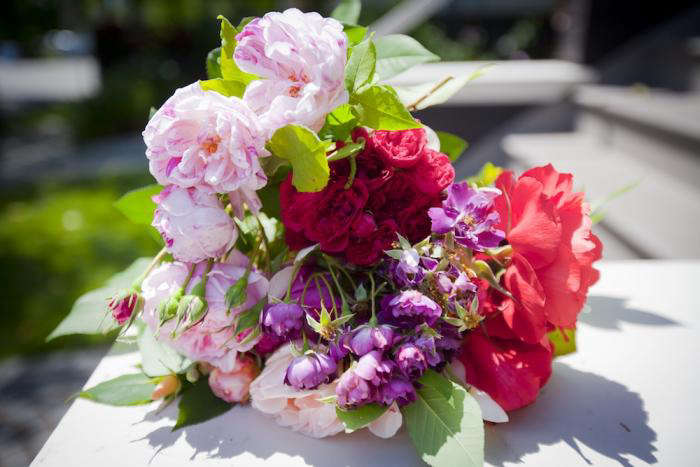 Above: "There are always a few roses that are low on the totem pole with me, and I tell them, 'you'd better look good in arrangements,' " says Ms. Greenwood, who grows a lot of roses just to complement her favorite red and purple varieties. 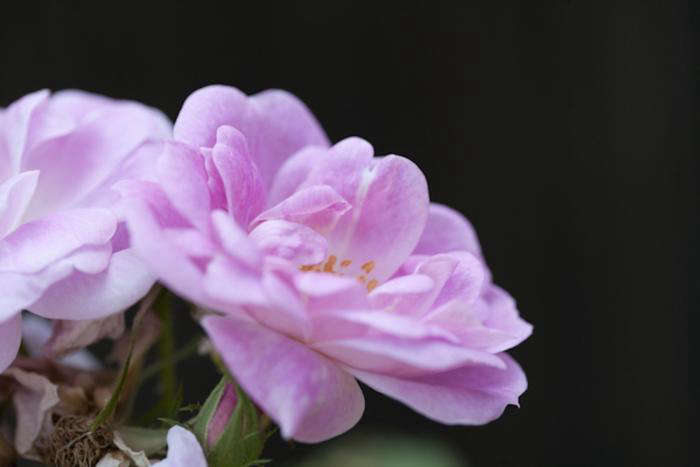 Above: "I've learned so much about pruning, which everybody has slightly different ideas about," says Ms. Greenwood. "Every rose has a natural form. You can kind of push the limit on that." (N.B.: For more, see which pruning knife is right for your needs.) 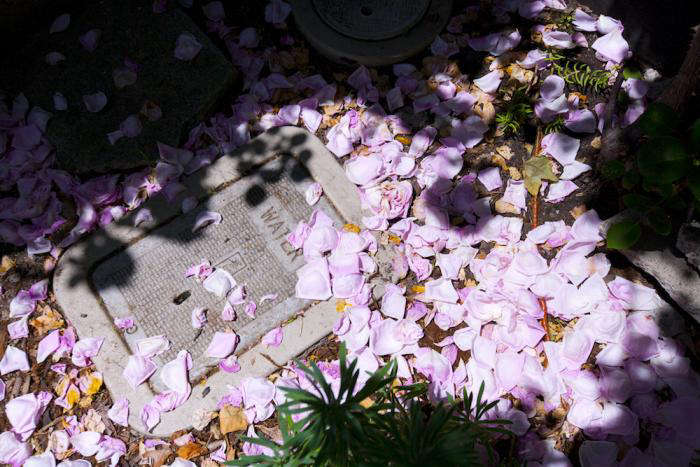 Above: Before Ms. Greenwood and her husband, Ed, married, she brought him to her garden, and he started snacking on petals. When she asked him what he was doing, he said, "I'm tasting the roses—that's how you know they're good, right?" And then she fell in love.

A Oaxacan Oasis in Berkeley