We asked our favorite Canadian couple, John Baker and Juli Daoust (the owners of Mjolk in Toronto, one of the best housewares shops anywhere), to take us on a design and culinary tour of the city.

John and Juli love living in the north: "The north enthralls us. Soft, quiet snowy forests and streets in the winter. Glittery, blinding sunlight on colorful buildings during the summer," they say. Their Toronto store in the city's Junction neighborhood specializes in Scandinavian and Japanese design; it's both simple and restrained in its design and display of goods, and it happens to be one of our favorite go-to sources (see Shopper's Dairy: Mjolk in Toronto). So whom better to ask for a guide to the city? According to John and Juli, "Toronto is made up of many different unique neighborhoods, all with their own collection of interesting shops, restaurants, and amenities. Neighborhoods on the far west are different in feel and pacing than their counterparts on the east end." Their advice? "Spend a day in one area and really take your time at the different shops and cafes." To browse the wares, go to Mjolk; to read the couple's blog/travelog, go to Kitka. 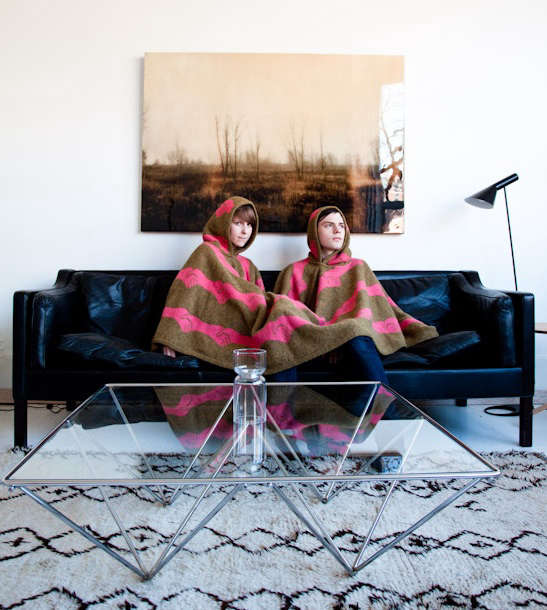 Above: Juli and John at home wearing a blanket from Icelandic collective Vík Prjónsdóttir. The couple live in a whitewashed apartment above Mjolk, located in the city's happening Junction neighborhood (between Keele and Quebec Avenues). They refer to it as the "Brooklyn" of Toronto. "It's a great place to spend an afternoon; starting with brunch at Little Fish Bakery or Cool Hand of a Girl, or coffees at Crema or The Good Neighbour. The shops to visit are SMASH, Post and Beam, Russet and Empire, and, of course Mjolk!" 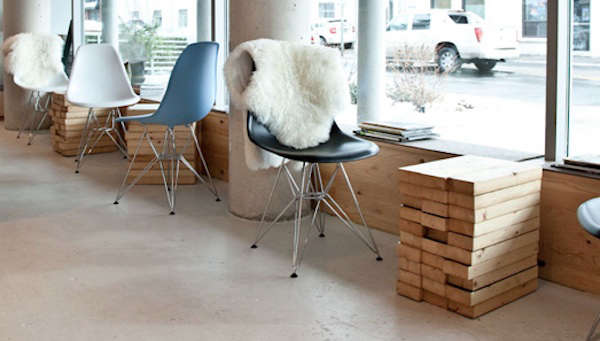 Above: Another of John and Juli's favorite coffee spots is Thor Espresso Bar, an indie coffee shop on Bathurst Street where the owners share the couple's love of all things Scandinavian; in the interior shown above, spruce offcuts originally used for the counter are now used as tables. 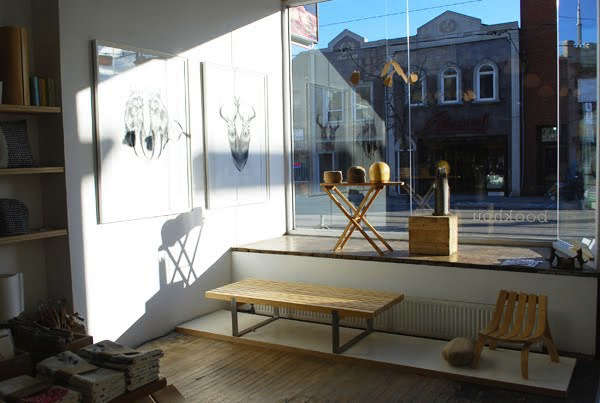 Above: Bookhou, on Dundas Street West, is "One of the cutest shops in the city featuring printed linens, children's furniture, and home accessories. All made at their in-store studio." 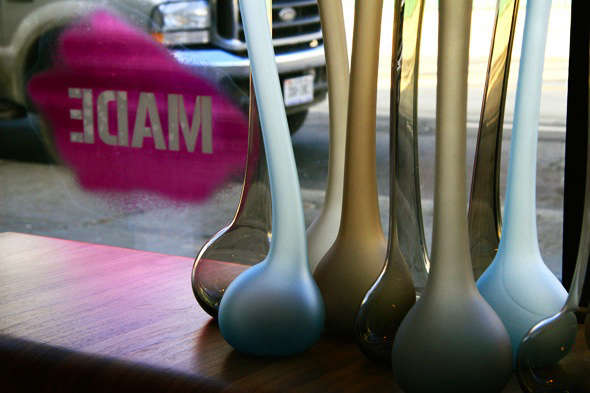 Above: Made (near Bookhou) is "The only design shop in the city that focuses on local and Canadian design furniture and accessories," according to the couple. Photograph via blogTO. 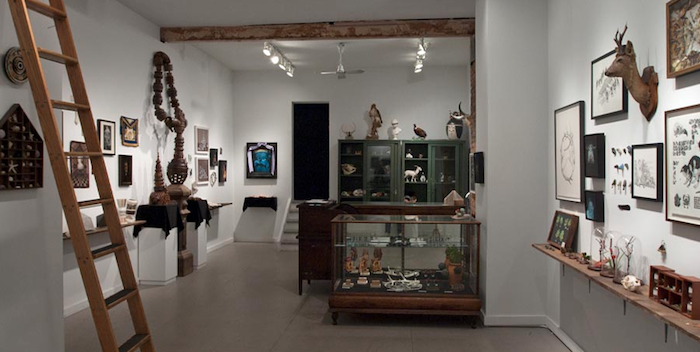 Above: Narwhal is a gallery showcasing contemporary art in the heart of Junction's arts community. 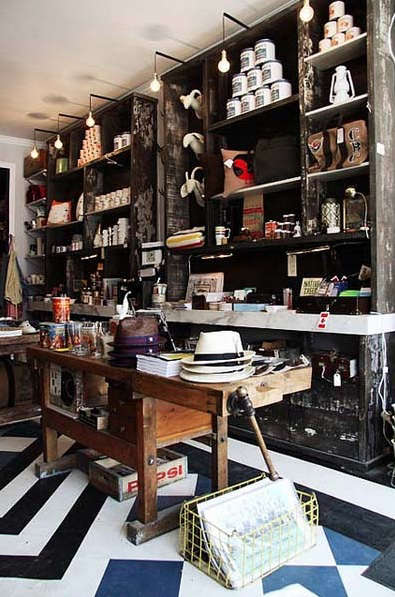 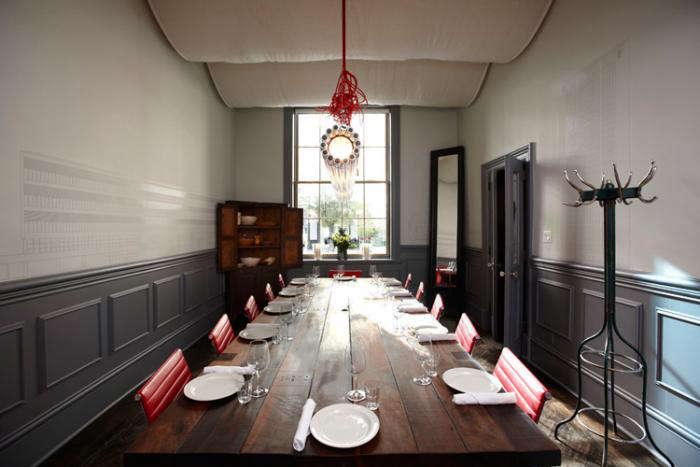 Above: John and Juli head to Terroni for rustic Italian pizza; there are three Toronto locations, the Queen Street one being the closest to Mjolk. The Adelaide outpost is shown here. 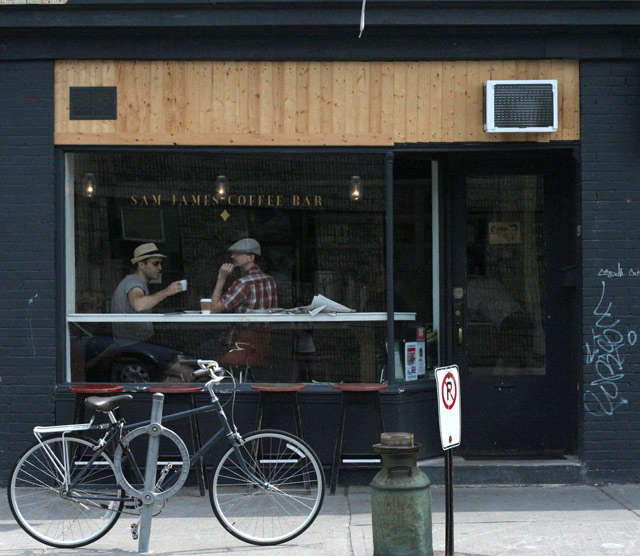 Above: The Sam James Coffee Bar; according to John, it's "a pioneer of specialty coffee in Toronto. Sam's original location on Harbord still has hoards of people hanging out front drinking espresso." Photograph via Torontoist. 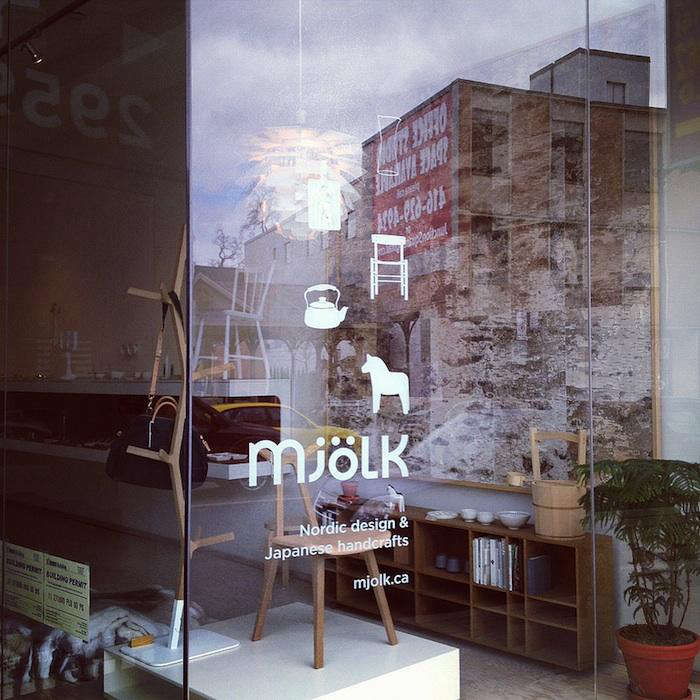 Above: The Mjölk storefront on Dundas Street in the Junction neighborhood.

The Architect Is In: Jerome Buttrick Talks Kitchen Design

Kitchen of the Week: A Locavore Chef and Landscape Architect’s Low-Impact Kitchen