A southerner by origin, New York designer Brad Ford has combined his fond memories of camping and tailgate parties in his design of the Woody; a teardrop trailer with a kick—of bourbon, that is.

Bulleit bourbon, to be exact; in developing the Woody, Ford (a member of the Remodelista Architect/Designer Directory) found that the actual smells, colors, and taste of the bourbon itself became the main source of his inspiration. The wood-paneled outer shell and details are made from reclaimed oak bourbon casks, while the amber-colored honey brown leather seats will darken over time, in a manner similar to maturing bourbon. We think tailgating has just entered a new era.

N.B. The Bulleit Frontier Whiskey Woody-Tailgate Trailer is a Neiman Marcus Fantasy Gift and comes with a full year’s supply of Bulleit Bourbon and Bulleit Rye. Ten percent of the proceeds will go to The Foundation for AIDS Research. 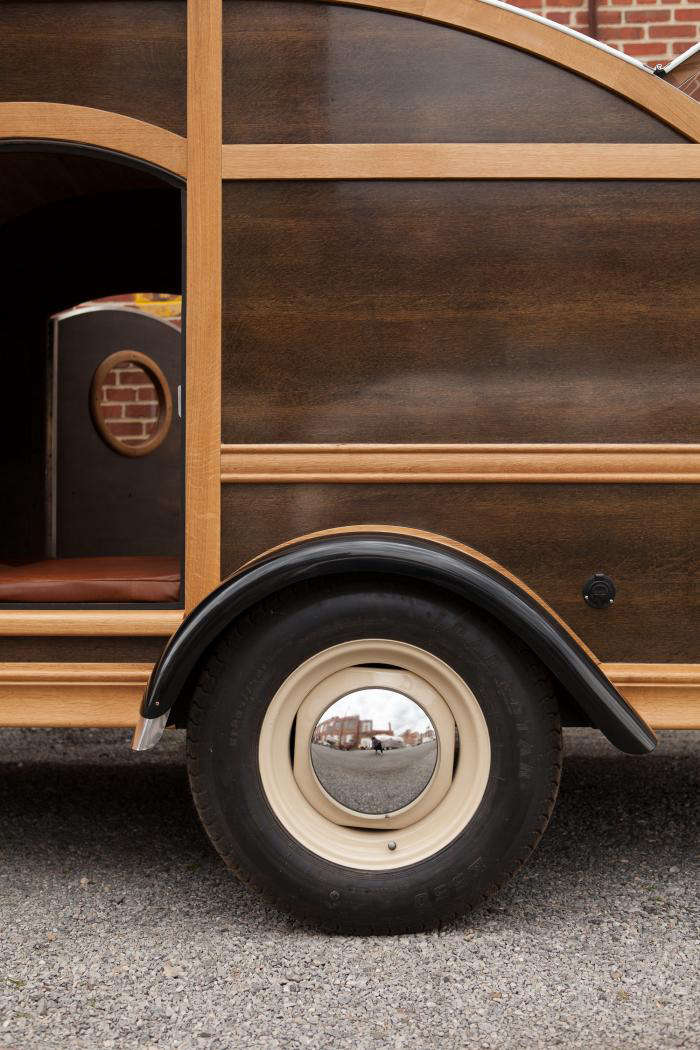 Above: The trailer was manufactured by Silver Tears Campers. Photo by Moore and Giles. 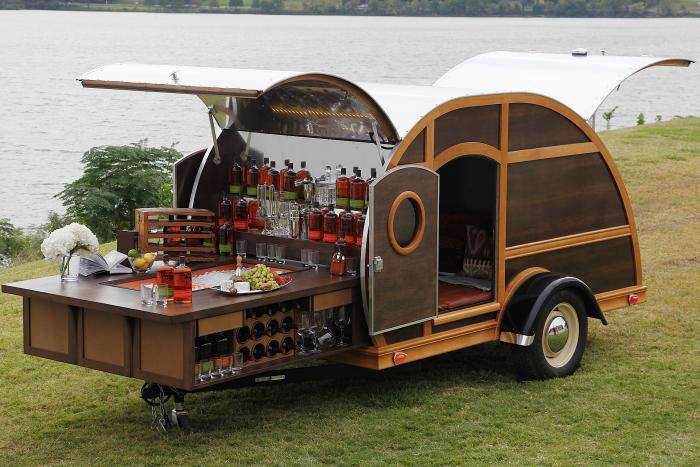 Above: The teardrop shape trailer dates back to the 1930s Great Depression era. 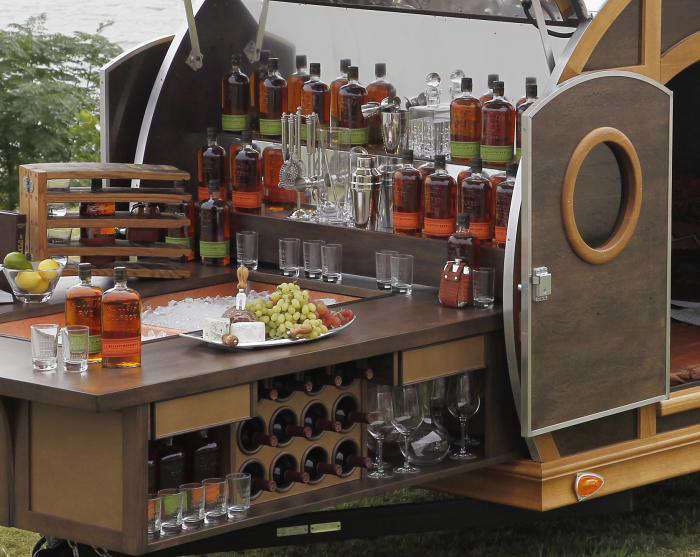 Above: The pull out bar is ready for takers. 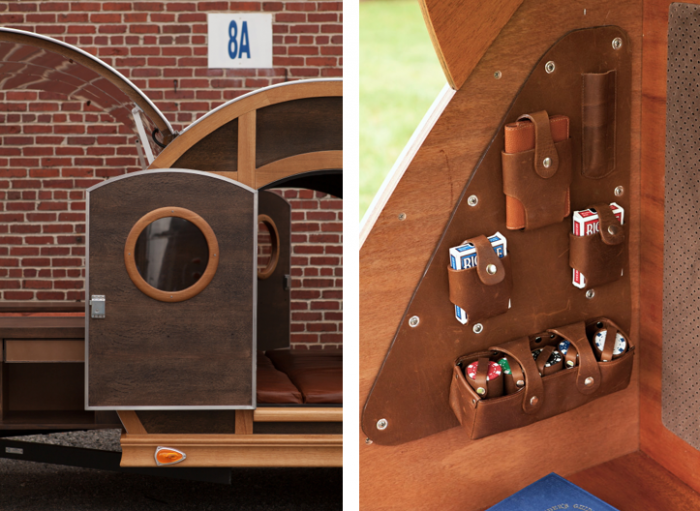 Above: Ford collaborated with a variety of craftsmen, including luxury leather manufacturers Moore and Giles. 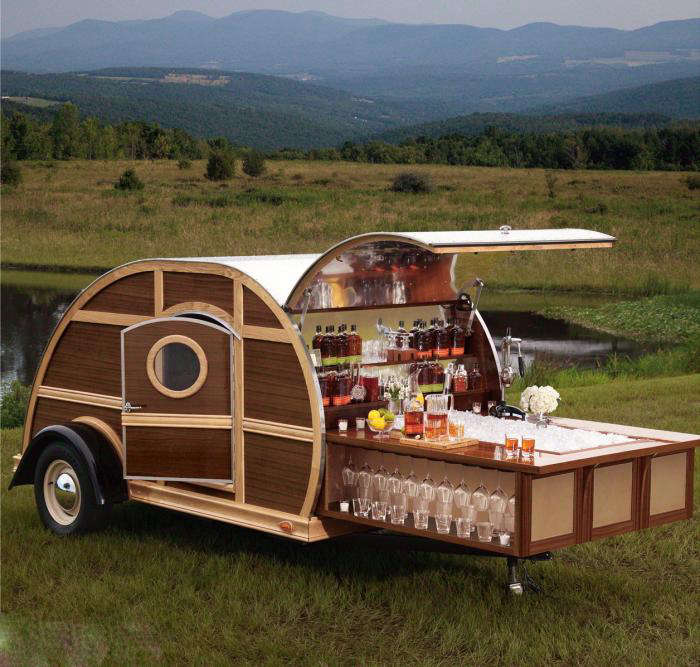 Above: Storage is integrated into the pull-out bar. 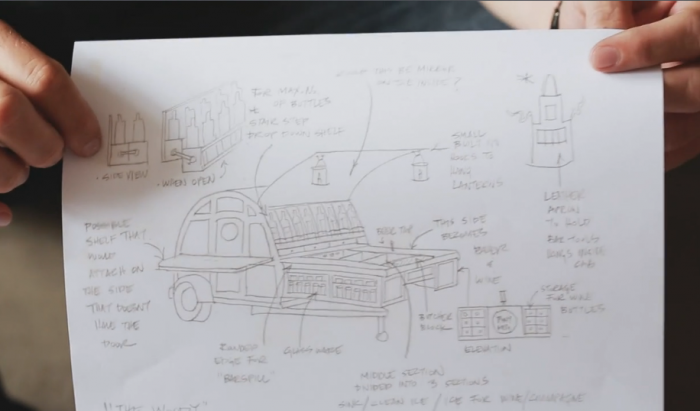 Above: Ford's original sketch for his tailgate trailer.

Above: Ford talks about the design and production of The Bulleit Frontier Whiskey Woody-Tailgate Trailer in this video.

Ode to Salvage: A Tea House in Taipei City Built from “Sentimental Objects”