Graphic designer Noma Barr has a gift for manipulating negative space (the term used for describing the space around an object or a figure). A recent visit to his studio in North London reveals that his talent works as well in three dimensions as it does in two.

For his studio in the back garden of his London home, Barr worked with Eco Space Studios to create a clever workspace. But as one might suspect for the Israeli-born Barr, who is the author of a book titled Negative Space, the story of his studio doesn’t end in his garden. His real office, he claims, is the woods across the street from his house, where he walks, thinks, and sketches for several hours a day. “The studio is just where I come to execute my ideas,” Barr says.

Unless otherwise noted, photography by Christine Hanway for Remodelista. 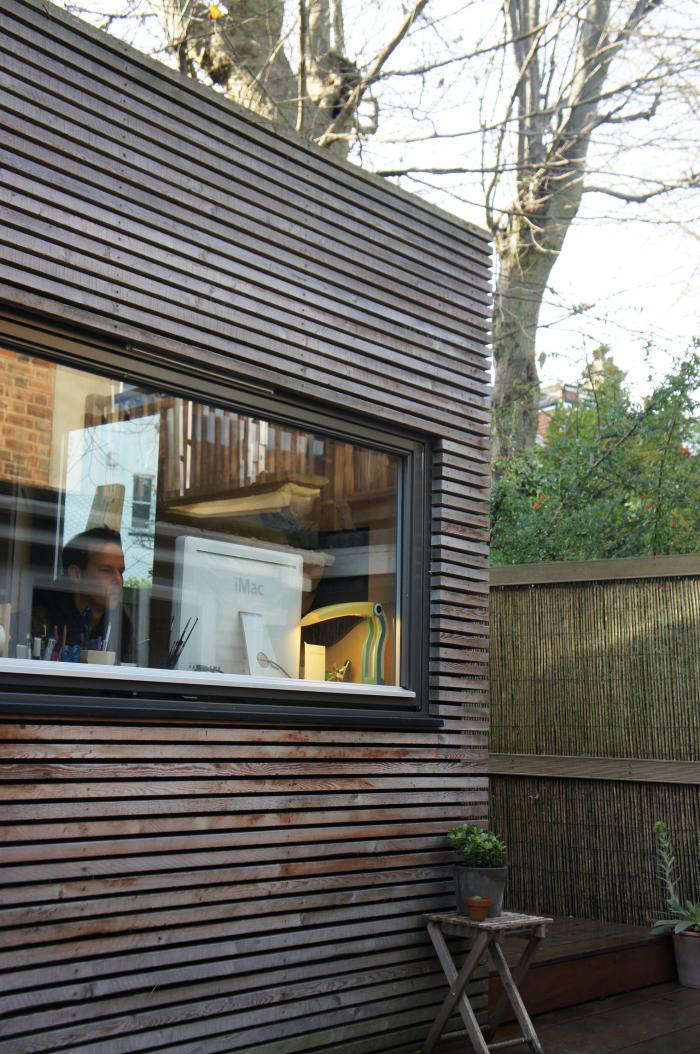 Above: When he's not rambling in the woods, Barr can be found at work at his desk. His view from the studio window is straight into the kitchen window of his family's ground floor flat. Barr and his wife have devised a communication system involving light switches. 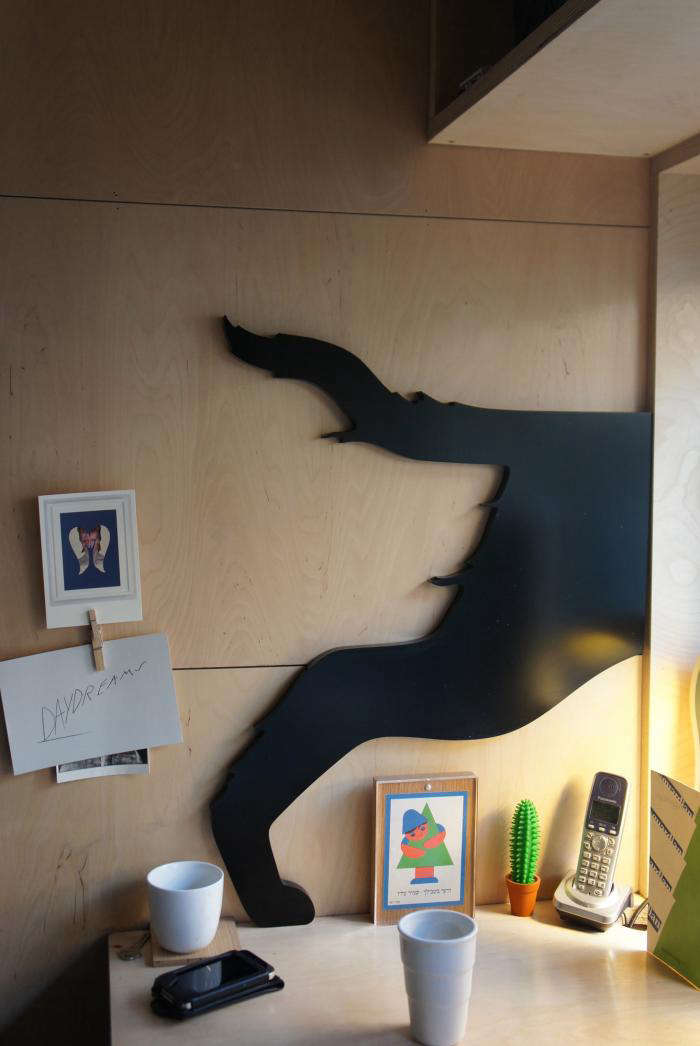 Above: On one of his walks around Highgate Wood, Barr witnessed a pair of dogs communing; and from that experience he carved out a dog's face from the negative space around the dog's tail and leg. 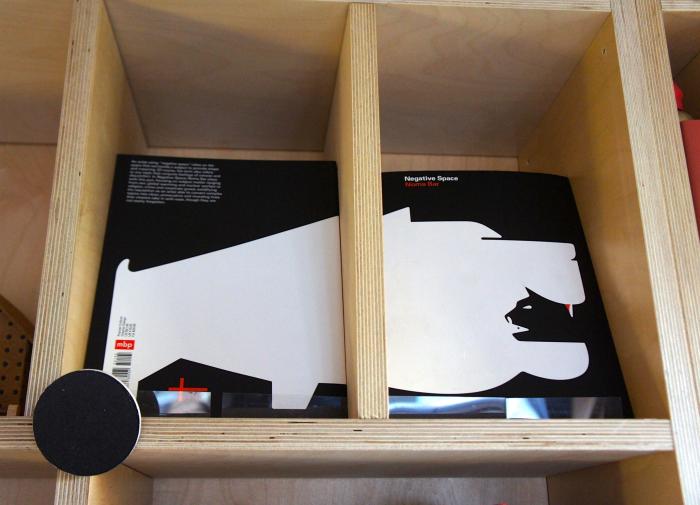 Above: The cover of Barr's book, Negative Space. 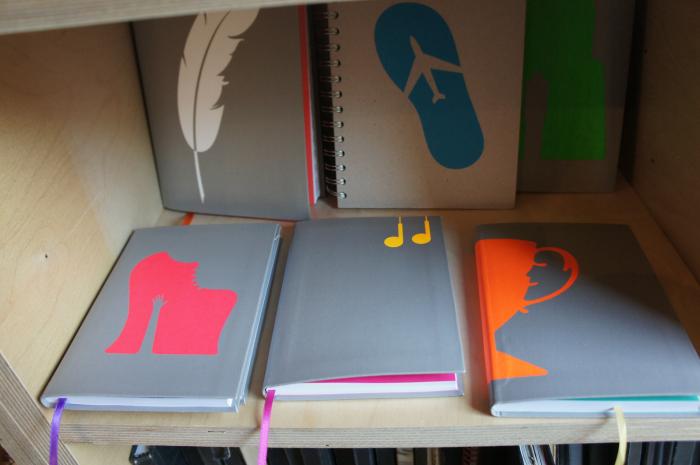 Above: A series of illustrations commissioned by The Guardian. Each illustration was created to a line of text provided by the newspaper. Look carefully and you might see Shakespeare. Go to The Guardian Collection to see more. 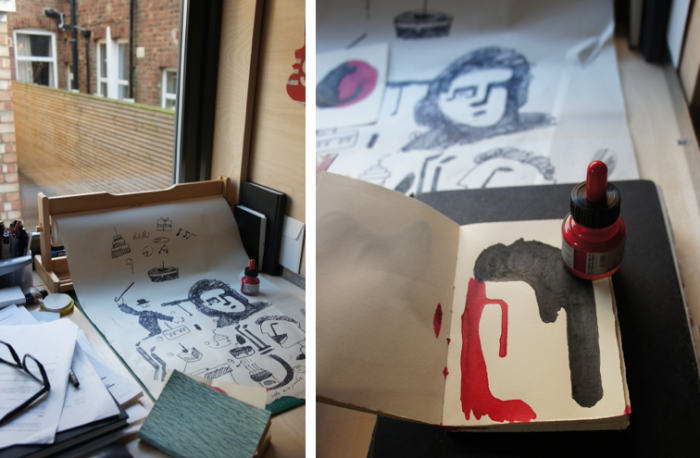 Above L: Barr has a continual supply of sketch paper on a roller. Above R: Barr plays with negative space using different ink colors. 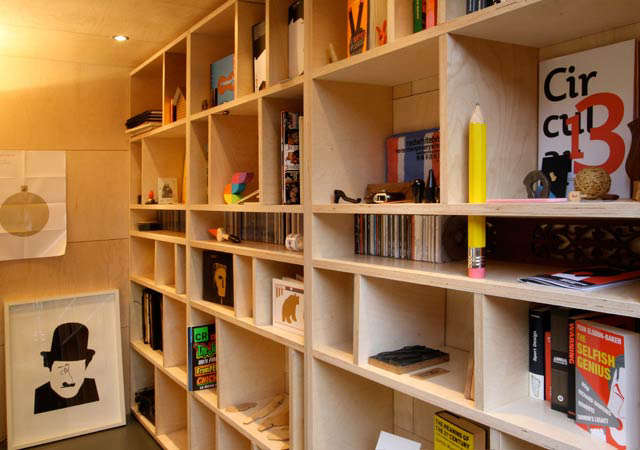 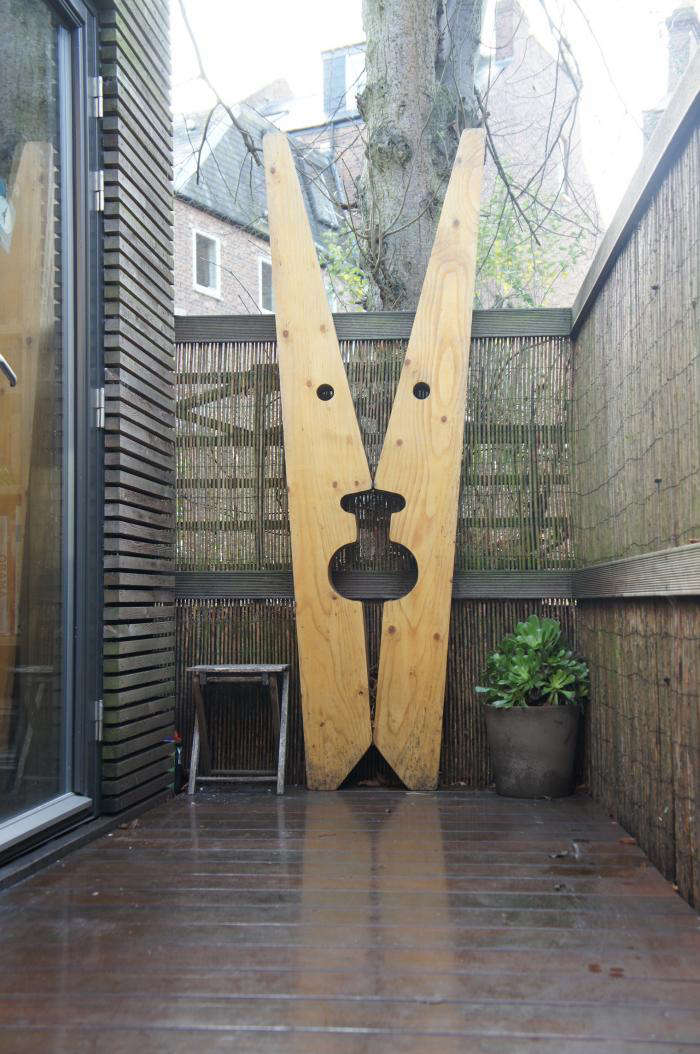 Above: Barr explores the spatial relationship of the traditional shape of a clothes pin. 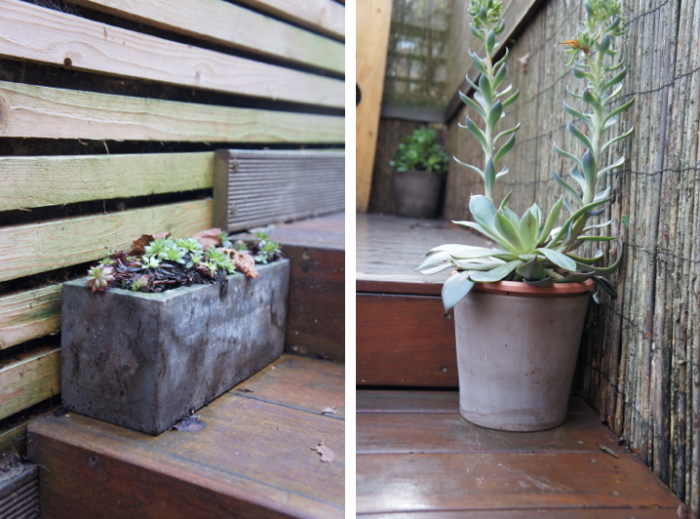 Above: The placement of plants in the remaining garden space continues to alter the space.

N.B.: Looking for extra space? See 391 images of Garden Sheds in our Gallery of Rooms and Spaces.