Robin Standefer and Stephen Alesch, the duo behind the New York-based design firm Roman and Williams (their projects include some of the city's chicest venues, including the Ace Hotel), met in the 1990s when they were working in Hollywood as production designers and art directors. The pair has a shared background in architecture, painting, interiors, and furniture design, and they have over 20 Hollywood movies under their belt, including "Practical Magic," "The New Age," and "Zoolander."

We were curious to learn how their background as set designers has influenced their work, which is now focused on residential and commercial projects. What's the intangible that they bring to the mix? Here's what Stephen Alesch had to say: 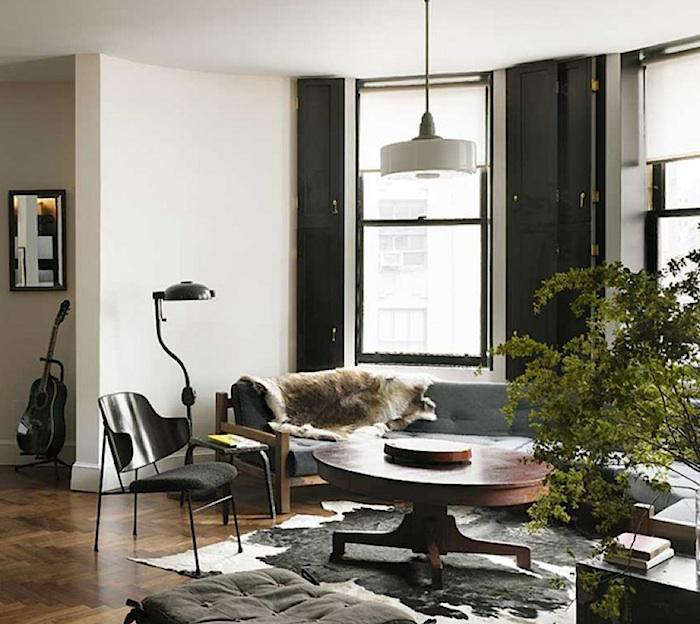 Above: A living room-like suite at the Ace Hotel in New York.

Remodelista: Can you tell us what you took from production design and art direction that informs your current approach to design?
Stephen Alesch: Production designing is not only about creative design, it's about creating an environment. Design in the design Industry typically is only showing off, it is very rare for Interior designers and architects to know how to play with attention levels. In production design, this is everything. Creativity is secondary. 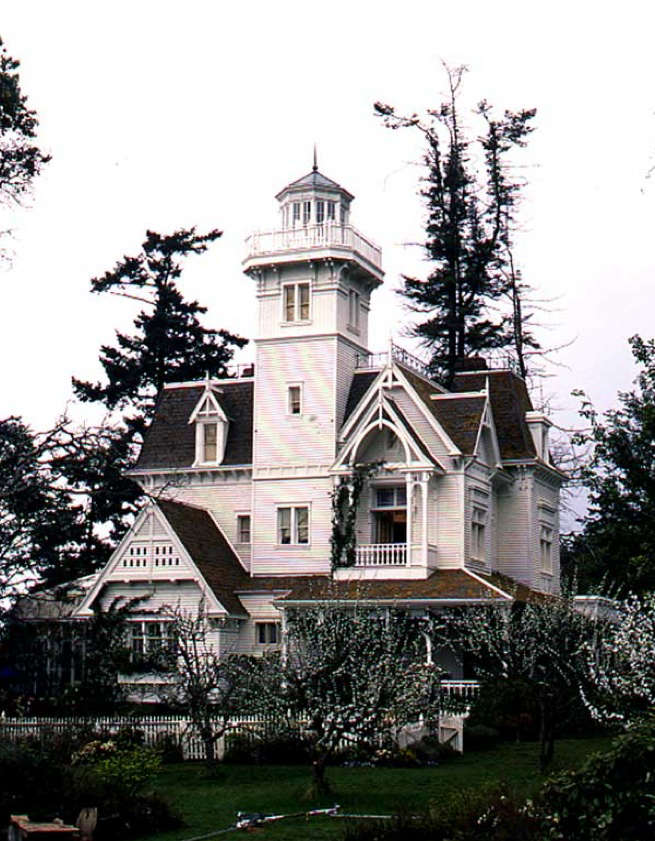 Above: The Victorian house starring in Practical Magic.

RM: How is the process of designing for movies different?
SA: In film making, there are no excuses, no sick days, no flat tires, no "I forgot." You run, scrape, fight, beg, steal, borrow, in order to get things ready. I don't know exactly why, but it is very, very intense and strict and almost military in its fight to the finish. It's some sort of bet against the dull forces of reality. In the natural world, everyone procrastinates and moves slowly—it drives us crazy. 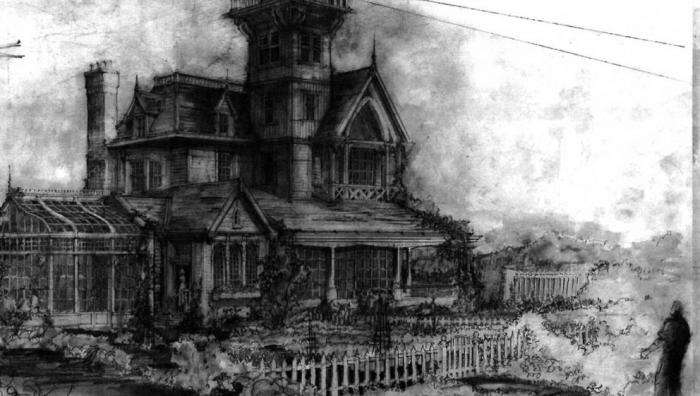 Above: A drawing by Alesch from Practical Magic; he does all of Roman and Williams’ architectural presentation drawings by hand.

RM: What's the hallmark of your design process?
SA: Draw, draw, plan, plan. Get as close to the finishing line as you can with this method, then wing It at the end by the skin of your teeth—that creates magic, contradiction, conflict. A well-planned ending has no magic. 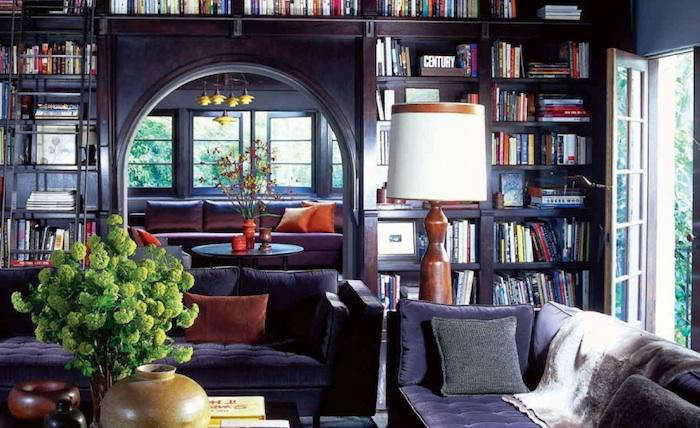 Above: The library from their first residential project; Ben Stiller's Los Angeles home.

RM: Unexpected advice for would-be designers starting out?
SA: Study the mundane: delis, freeway off-ramps, unprofessionally designed spaces, makeshift spaces, spontaneously created spaces that had no planning. Study these and replicate them, and you learn a tremendous amount about people and you learn how phony and surface "design" actually is. Unconscious creation is special and it is our natural built world: "designed" spaces are usually only good for representing one thing in film: dishonest and lost characters. 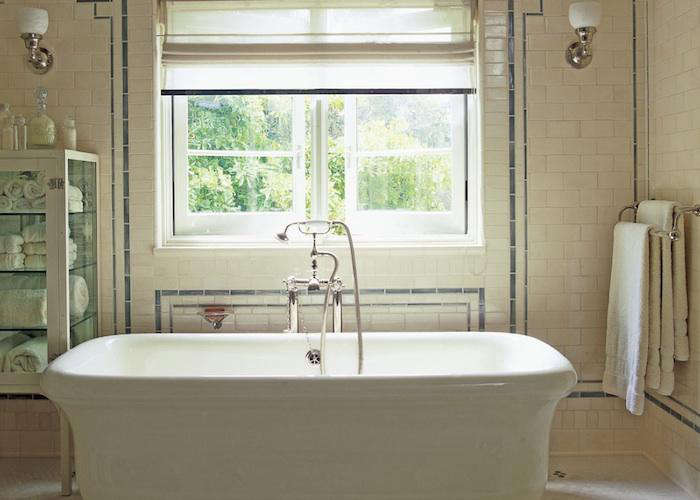 Above: The master bathroom in Ben Stiller's home.

RM: What are some of the most important lessons you've learned?
SA: Keep your ego out of the solution, keep preconceived ideas to yourself, listen and focus on the goal of the project; whether it's a film set, a home, a hotel, a restaurant, it has nothing to do with you! You are a tool for it to exist. You have to serve the goal. Maybe with a little fluffing up.

RM: What do you miss about the production world?
SA: We miss the skilled crews, the carpenters, painters, sculptors, prop builders. Film pays well, so if you're good at something, you usually end up in film. We miss directors, crazy, wild-eyed bossy mad authoritative directors who were the boss. It's a special breed of nut that's fantastic to watch: Scorsese, Griffin Dunne, Ben Stiller, Kasi Lemmons, Andrew Niccol, Danny DeVito, John Turturro, David Salle, and more, all nuts, all fully in charge and all brilliant and devoted to their story. Owners come and go, from focused one day to oblivious the next, they have no script, no story, they make arbitrary choices, you end up steering for them, later you have to hand the controls over to them and you hope they can drive what you created together. Sometimes they can, and sometimes they can't. The same goes for directors, too; we have built sets some directors couldn't handle. Luckily, they can just pull focus. 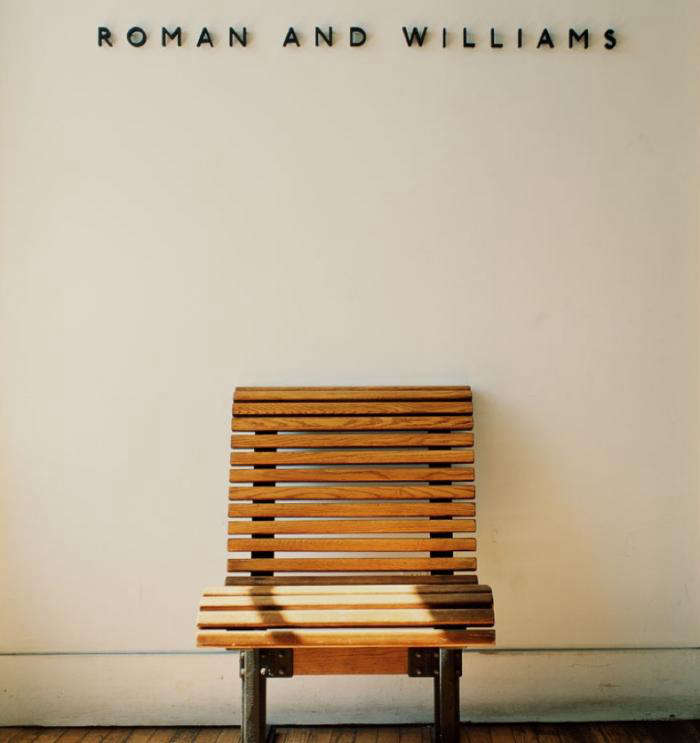 Above: The entrance to Roman and Williams' New York City offices.

RM: Favorite or unexpected sources for your projects?
SA: Undesigned things, things that were not planned, built by unknowns, anonymous, vernacular things. Professional "design" just floats on the surface, is trend driven and premeditated to the point that it's mostly dead and decorative. You can see its goals a mile away and it holds no mystery or depth. Anything built from necessity by the earnest effort of a user is going to have character, include ingenious solutions, and have common sense. This we are devoted to and love.

RM: What's next?
SA: A small literary hotel in Chelsea, a hotel in San Antonio in a 100-year-old brewery, a new line of furniture with Matter. The Lafayette Restaurant in the old Chinatown Brasserie, which should be a raw alternative to Balthazar with what we hope is perceived as not a re-creation of anything, it's simply a restaurant we want to eat food in, surrounded by nice shapes we like. Architects will hate it, but who cares what they think.

For more on the design duo, get your hands on a copy of their book, "Things We Made" or check out our previous posts on Roman and Williams.

Roman And Williams Buildings and Interiors

Lighting Fixtures with a Cinematic Appeal

The Landscape Designer Is In: Building a Private Outdoor Shower in Publicity-Loving New York

The Remodelista List: 19 Architects, Tastemakers, and Designers to Watch in 2023