Eleonore, who works as a film producer in Los Angeles, and her husband Rafael Palacio Illingworth, a film director, opened an outpost of En Soie in Silverlake (Eleonore’s sister Sophie joined the same year).

The name En Soie is derived from the phrase sourire en soie (or “smiling in silk”), which means “to live without smiling is possible, but pointless.” The idea remains at the core of En Soie, whose designs are whimsical in nature: vichy plaids, embroidered accessories, ceramics painted with poetic sentences, and brightly colored shoes.

Here is a snapshot of En Soie’s current offerings of home goods. 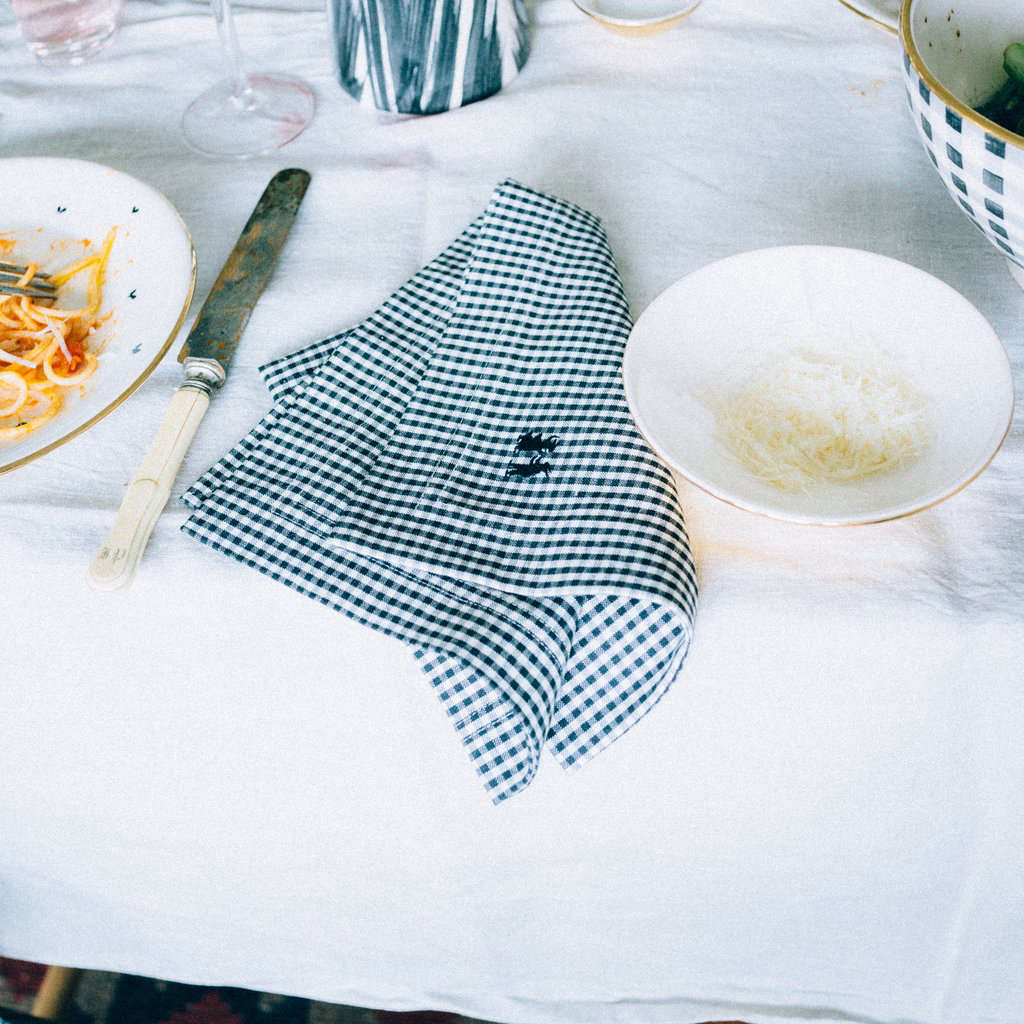 Above: The Vichy Napkin in Black is embroidered with the company’s dancing rabbits logo; $20. 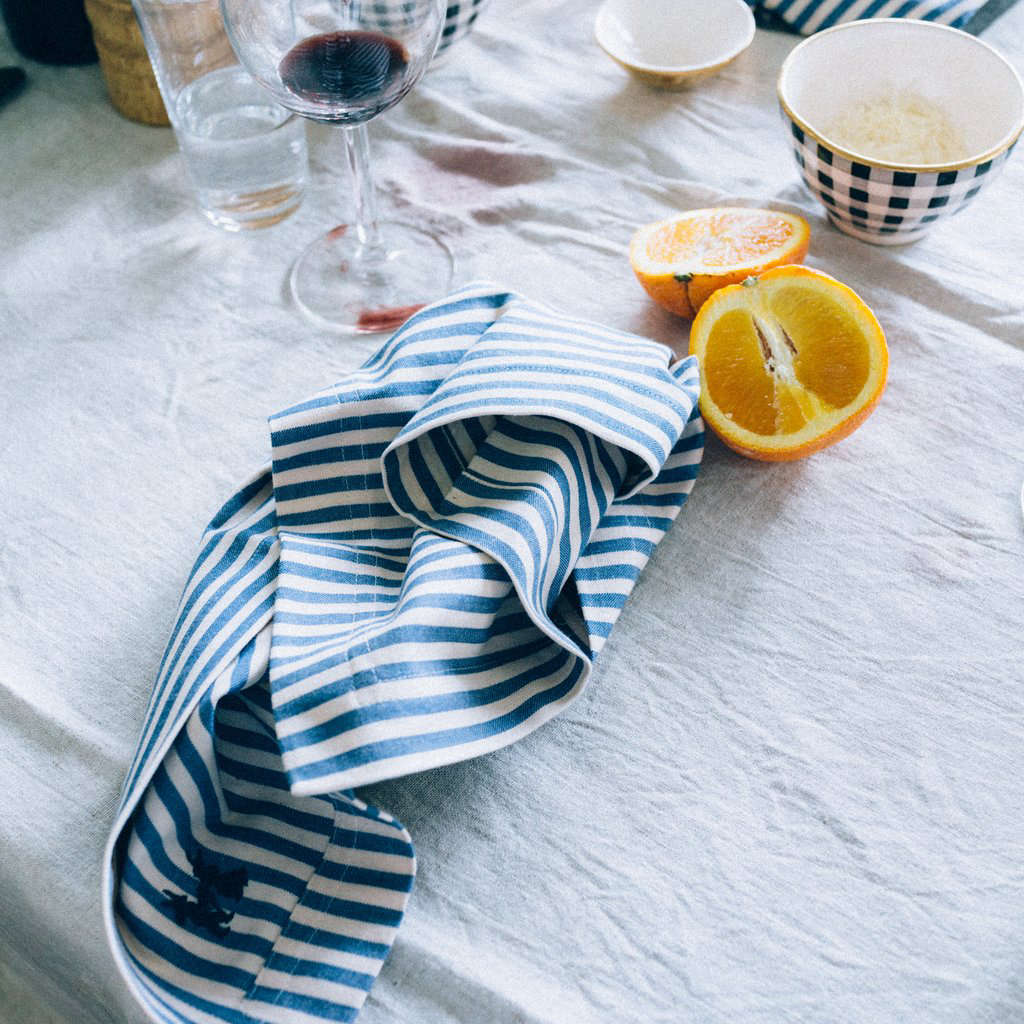 Above: A classic Striped Blue Napkin resembles men’s shirting; $20 each. 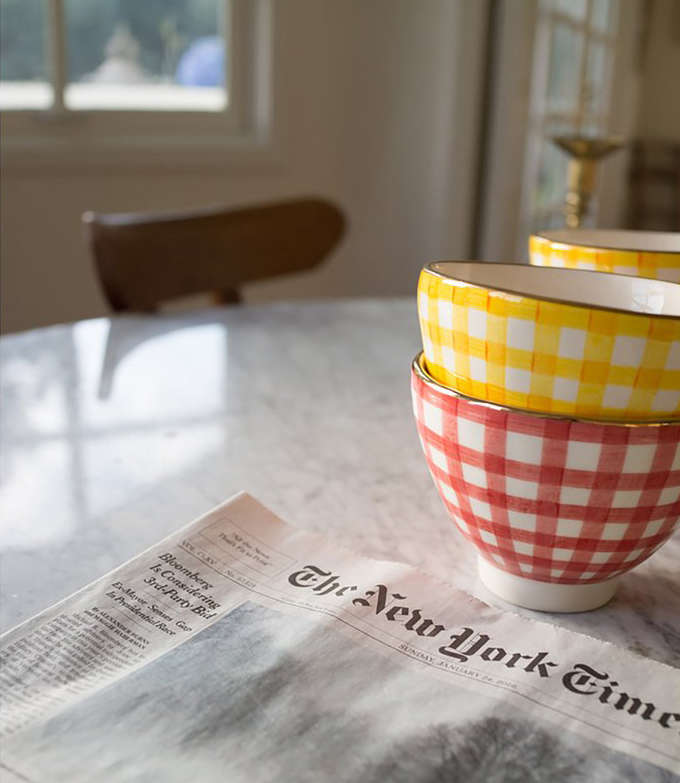 Above: The hand painted Vichy Yellow Billie Mini Bowl has a gold glaze trim; $55 each. 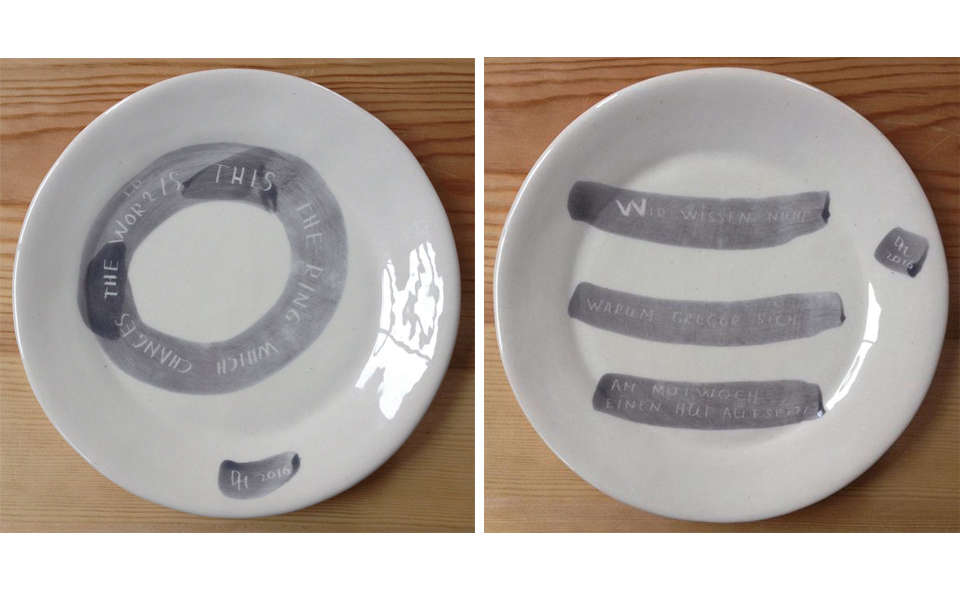 Above, L to R: The “Is this the ring which changes the world?” Plate and the “Wir wissen nicht warum Gregor sich am Mittwoch einen hut aufsetzt” Plate (which translates to “We don’t know why Georg wears a hat on Wednesdays”). Both are $150 and made by Swiss artist Dieter Meier. 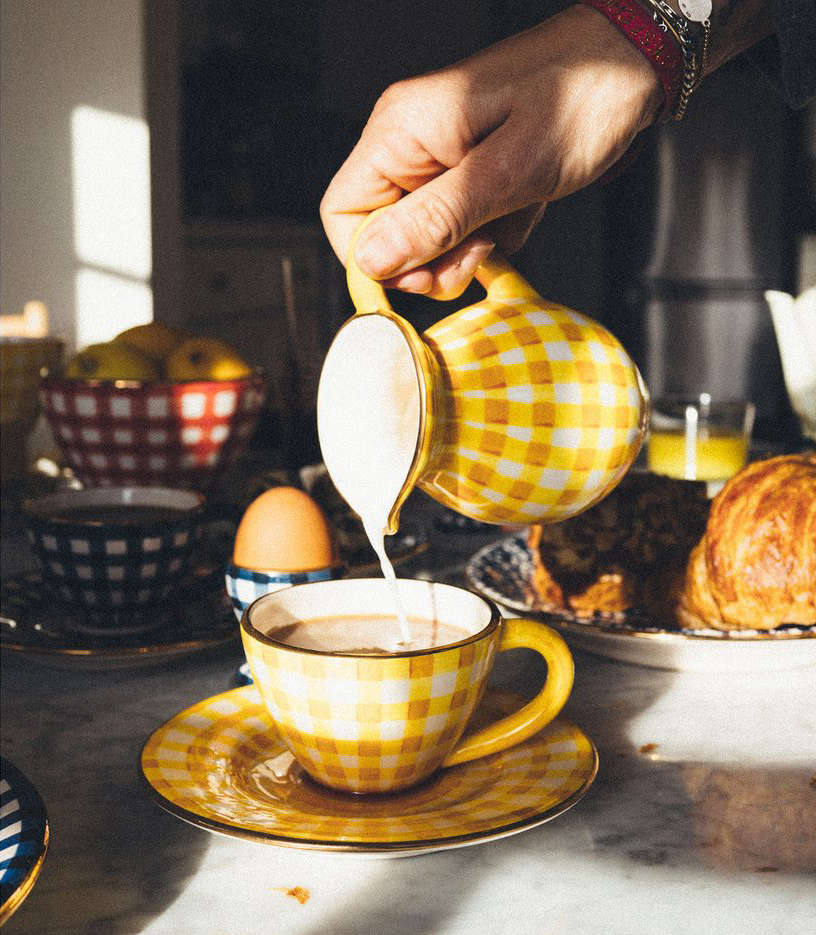 Above: The Vichy Yellow Lia Pitcher is available in three sizes: The small cream pitcher is $75, medium milk pitcher (shown) is $165, and large water pitcher is $295. 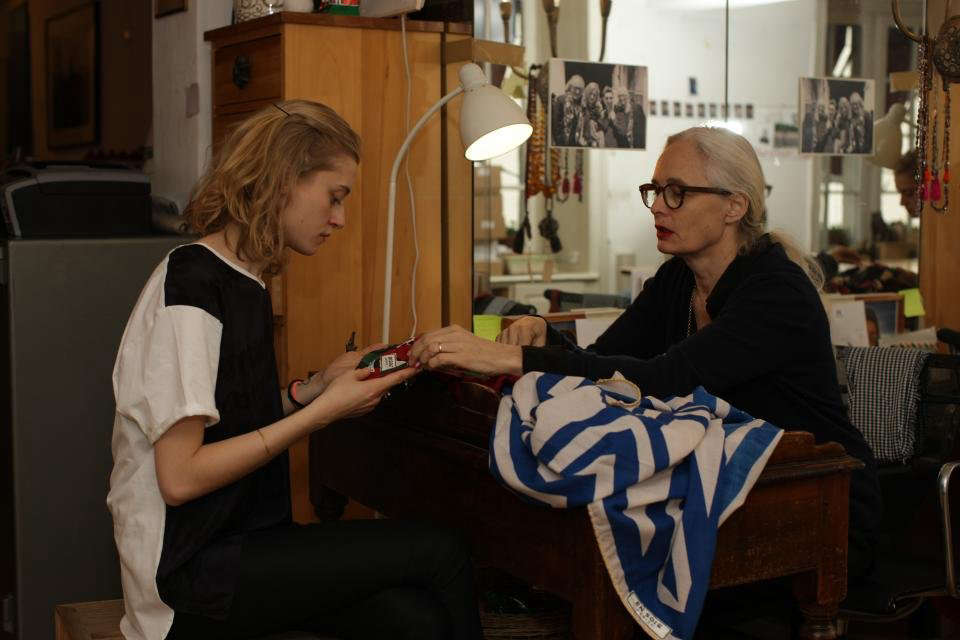 Above: Designer Monique Meier and daughter Anna in their Zurich atelier. The company designs and makes all their own products with high environmental and ethical standards in each step of production. 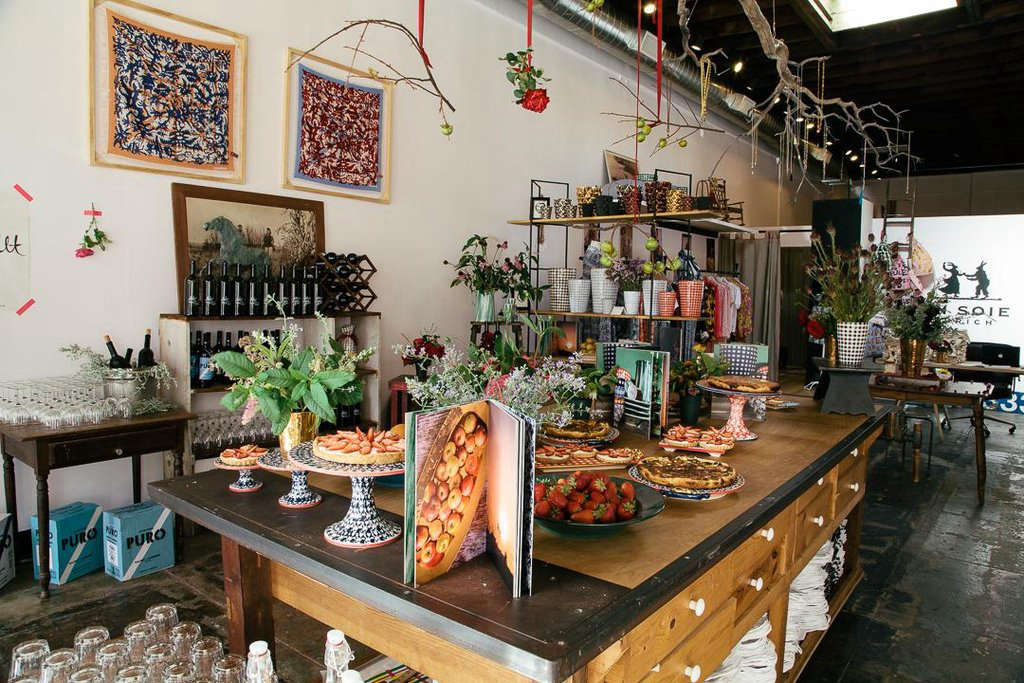 Above: The En Soie store at 3333 Sunset Blvd. in Silverlake, Los Angeles. The design, Rafael says, “was important for us that it felt ‘Swiss’; not Swiss as in a chalet or a mountain farm, but more like the studios of our Zurich artists friends.” Rafael and Eleonore worked with Zurich-based artist to create furniture for the store from affordable materials and based much of the design around Enzo Mari’s Autoprogettazione.

‘Is This The Ring Which Changes The World?’ Dieter Meier For Ensoie Plate

Kitchen of the Week: A Before & After Office Rental in Seattle

An Artist's Cottage in Truro, MA, Gets an Overhaul from a Boston Design Duo (Ikea Included)