Introducing a new May-December romance: happy young colors applied to age-old macho industrial fixtures. Yes, we think it’s a promising pairing. And we commend Barn Light Electric for allowing LA designer and stylist Veronica Valencia to, as she says, “go a little wild and give a fresh, meet the ladies, sunny California vibe” to the company’s US-made versions of classic factory fittings.

Valencia herself is a master of design transformations, having spent nearly five years remodeling houses for the ABC television series Extreme Makeover: Home Edition. During the course of that job, she enlisted Barn Light Electric to contribute lights, which is how she got to know the family-owned Florida company. More recently, Valencia founded her own design company and blog, Design Hunter LA and her Barn Light Electric collection is just now debuting.

It consists of sconces, pendants, and other designs with powder-coated aluminum shades, all available in five colors: teal, blush pink, magenta, sherbet orange, and lavender. And how do lights in nail polish hues work in room? No one understands the possibilities better than Valencia herself. Here, a look at her own Downtown LA loft and two neighboring locations kitted out with the designs. To see the full Veronica Valencia Collection, go to Barn Light Electric.

Photography by Ala Cortez of Love Ala. 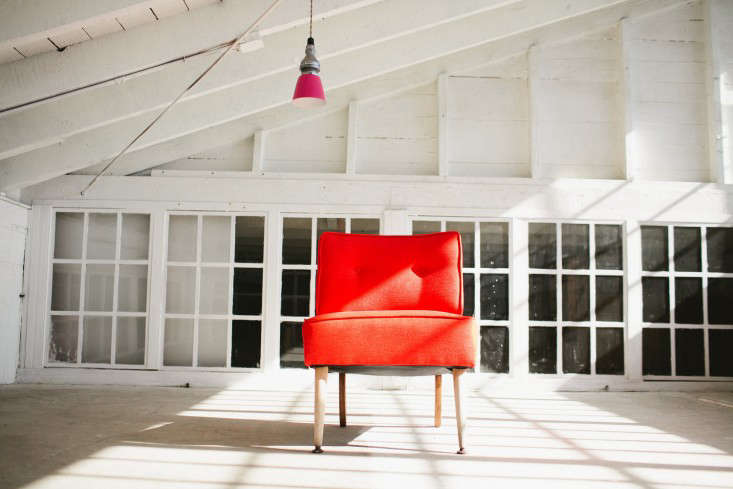 Above: The Blake SoHo Pendant in magenta; $332. The mid-century chair is from Sunbeam Vintage. “The goal was to bring a fresh presentation of the old and the new,” says Veronica. “It’s a direction I feel is prominent in fashion and design, yet lacking in the light industry. I thought, let’s have fun with these lights.” 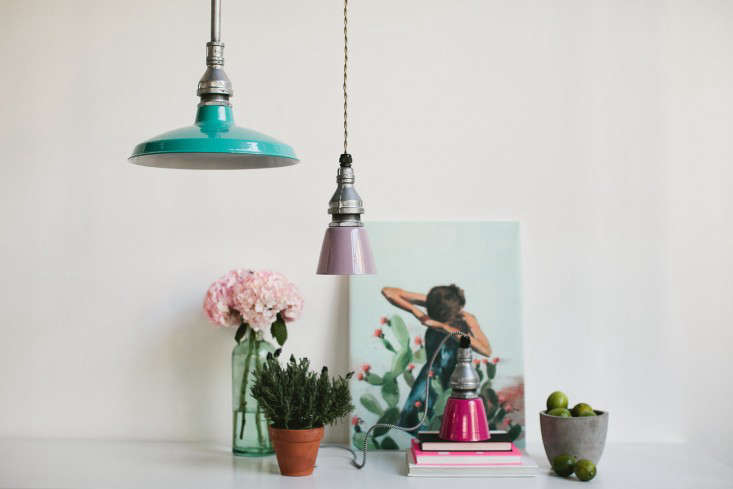 Above: At Valencia’s loft, the Penelope SoHo Stem Mount Pendant in teal, $372, hangs next to Blake SoHo Pendants in lavender and magenta, $332 each. The collection’s cord-hung pendants are available in standard or cloth-covered cords (available in red, gray, and black). Stem-mount pendants, such as the Penelope SoHo, come with three canopy options: standard, hang straight, and heavy duty. They’re suitable for damp settings, such as covered porches or bathrooms (as are the pendant lights with standard cords). 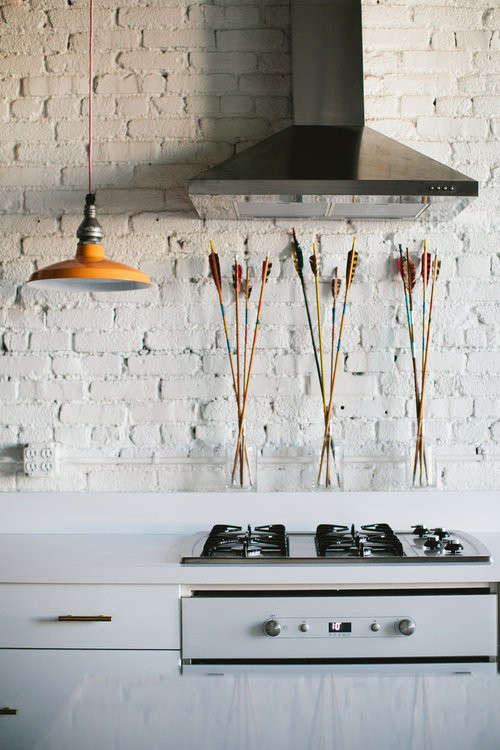 Above: The Lola SoHo Pendant in orange sherbet with a red chevron cloth cord, $343, in the kitchen of The Unique Space. 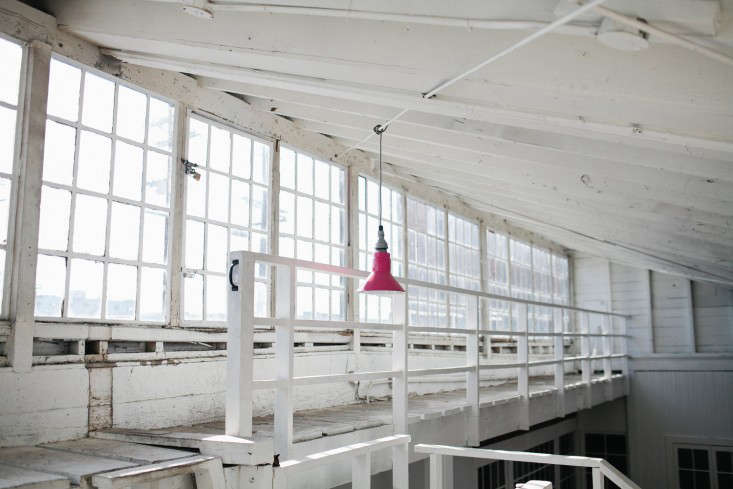 Above: The Sophie SoHo Pendant in magenta, $354, hangs in the Nate Starkman building, a Downtown LA old warehouse and loft that’s used for movie and television locations, including the bar in the series It’s Always Sunny in Philadelphia. 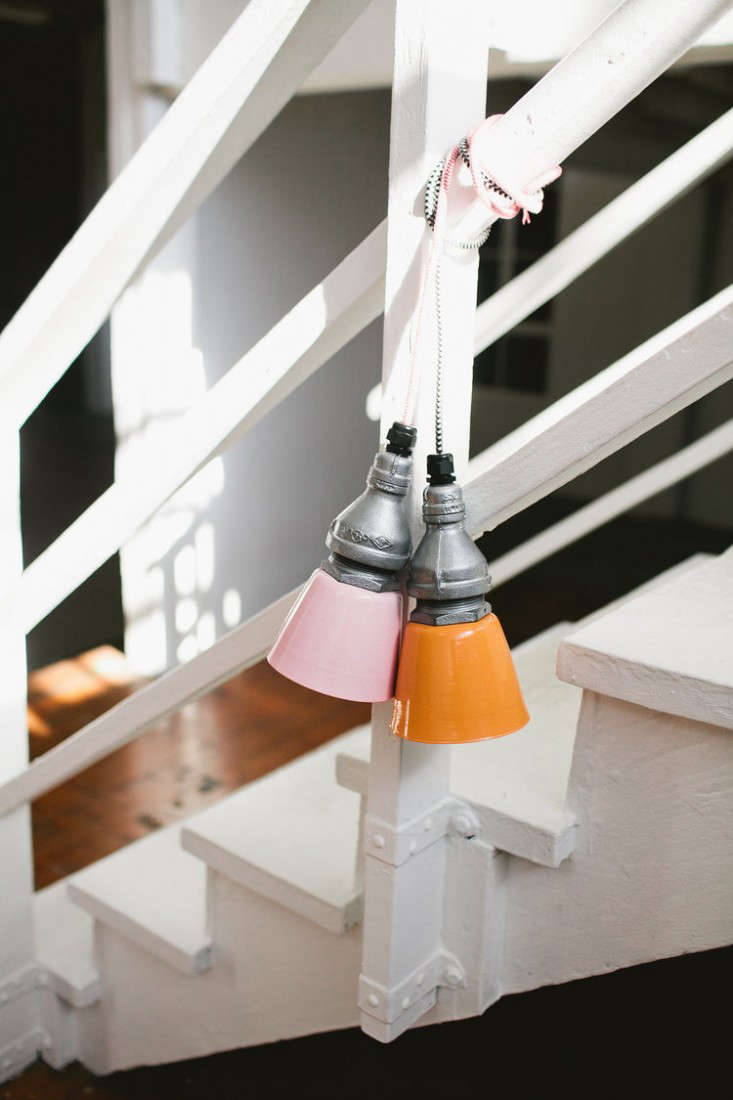 Above: A closeup of the Blake SoHo Pendants in blush pink and sherbet orange, $332 each. All of the lights have powder-coated aluminum shades and are made in Barn Light Electric’s Florida factory; watch a video of the start-to-finish manufacturing process here. 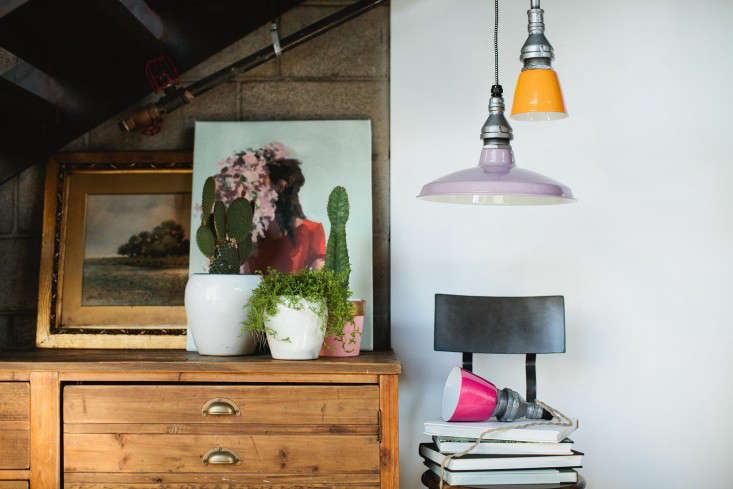 Above: Next to Valencia’s dresser, the Lola SoHo Pendant in lavender, $343, is paired with the Eli SoHo Stem Mount Pendant in sherbet orange, $361. The Blake SoHo Pendant in magenta, $332, rests on the chair. Valencia says that the lights are named after “muses and people in my life, each one representing a different lifestyle.” 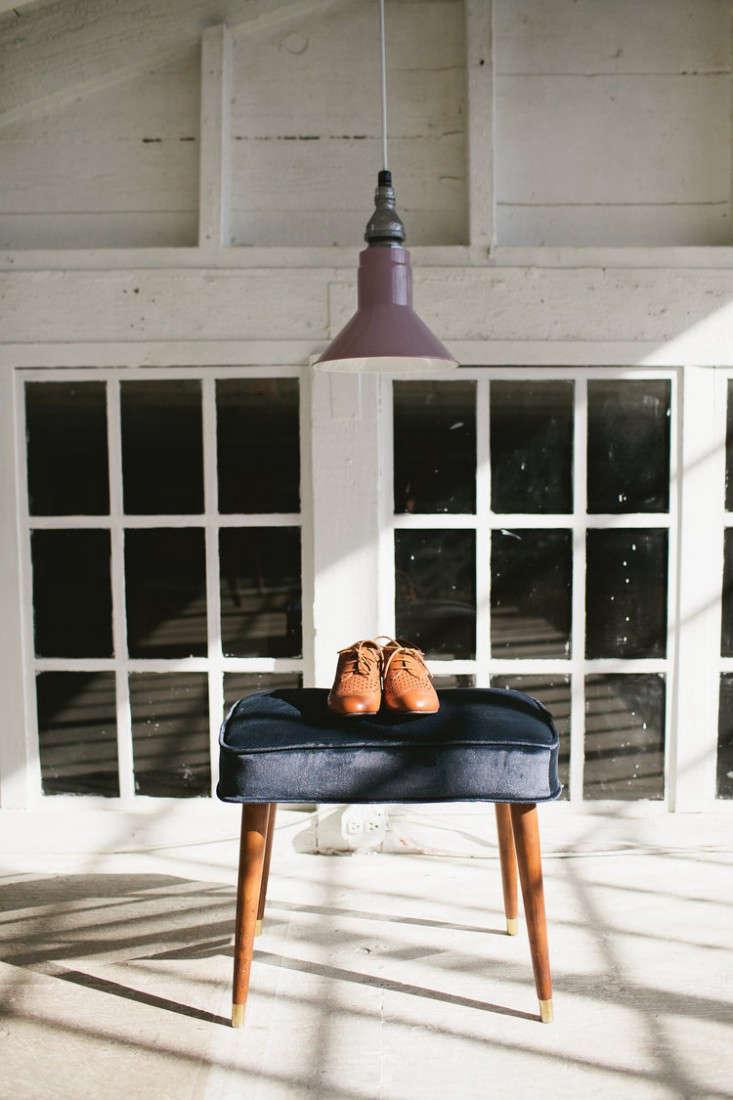 Above: The Sophie SoHo Pendant in lavender, $354. 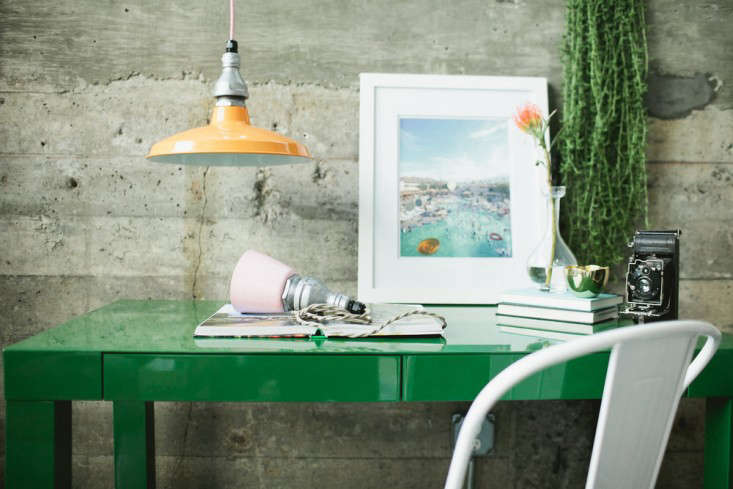 Above: The Lola SoHo Pendant in sherbet orange, $343, and Blake SoHo Pendant in blush pink, $332, work well with Valencia’s green Parson’s desk and concrete walls. “This lighting line can be grouped, but it’s bold enough to stand on its own,” says Valencia. “It’s for people who love being happy.”

A Cut Above: Serving Pieces with a Star Following

Kitchen of the Week: A Furniture Designer and a Textile Artist Give Their Catskills Kitchen a New Coat of Paint