How to better package today’s big black screens? Design duo Ronan and Erwan Bouroullec say it’s time to consider making televisions part of the furniture again, “something you can look at in the round.” The French brothers told Wallpaper that they turn down 90 to 95 percent of the commissions that come their way, but when Samsung asked them to redesign its existing TV, they couldn’t resist. That was nearly three years ago, and the result, Samsung’s new Serif TV collection, is being unveiled this week as part of the London Design Festival. We say: Finally, a television we’d like to look at.

Photography via Ronan & Erwan Bouroullec, except where noted. 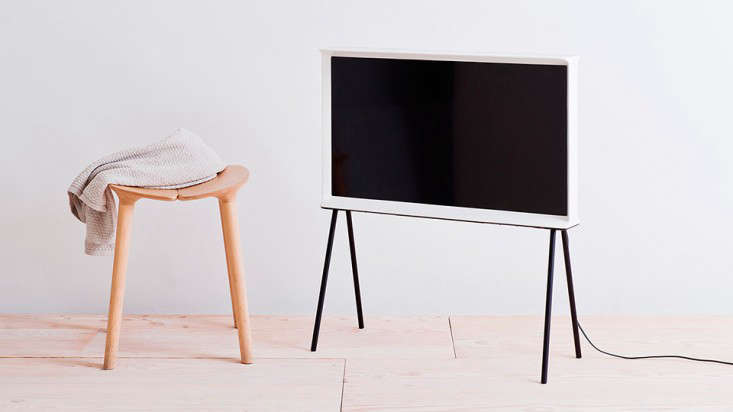 Above: “Serif is a TV that moves away from a preoccupation with ultra-flat screens,” say the Bouroullecs. “What we were looking for was a solid presence that would sit naturally in various environments, just like an object or a piece of furniture.” Photograph via Samsung. 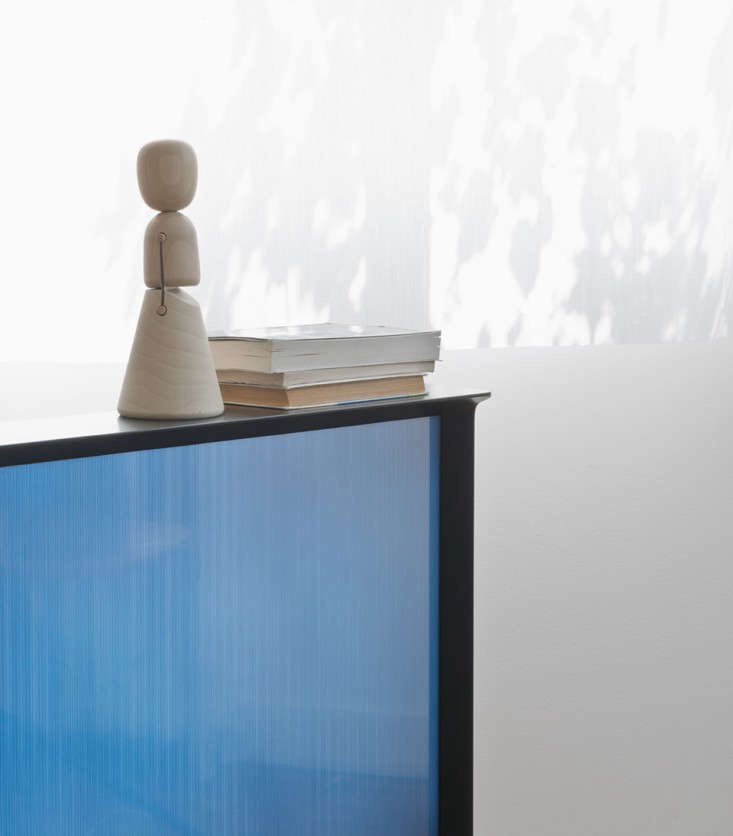 Above: In profile, the design is shaped like a serif capital I, hence the name, and the top can serve as a shelf. The Bouroullecs also designed a “curtain mode” screen that can be “pulled across” during ads giving “an abstract impression of what is going on.” 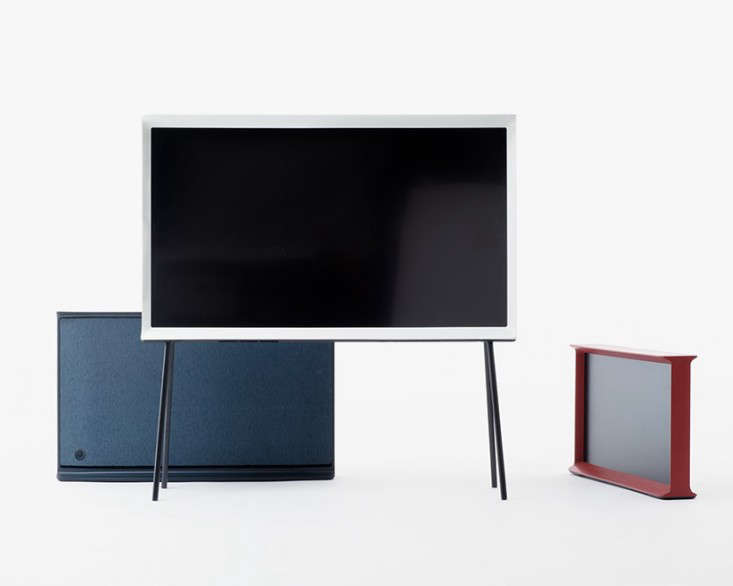 Above: The collection comes in three colors and sizes: white, dark blue, and red, and 24, 32, and 40 inches. The medium and large sizes are equipped with optional screw-in legs. A back panel of fabric held in place with magnets (shown in black, bottom left) hides the sockets and cables, enabling the TV to be presentable from all angles. 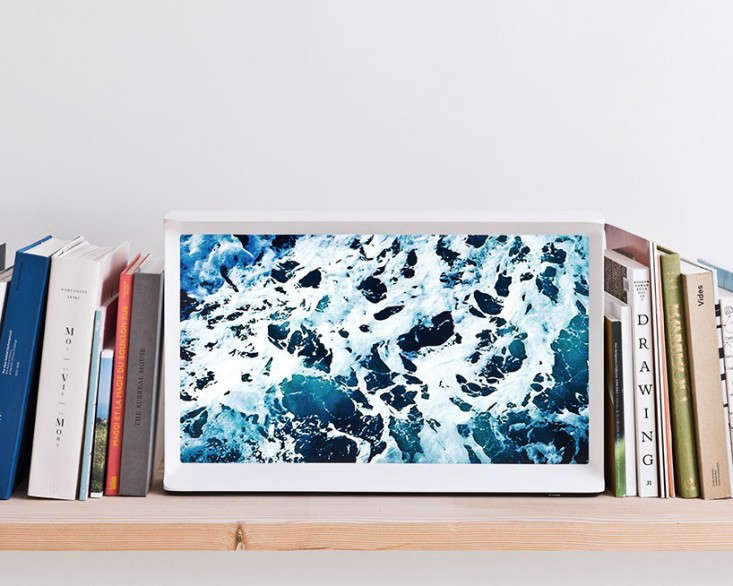 Above: The 24-inch model is sized for bookshelves. 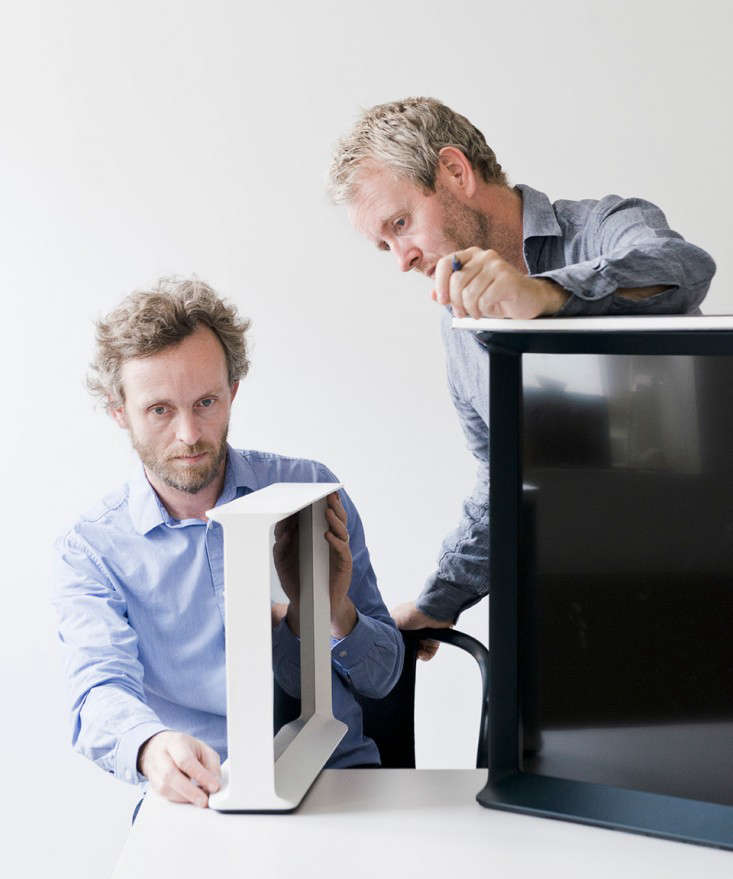 Above: The Bouroullecs work in a converted shoe factory in Paris, where they say they dismantled several Samsung TVs. They’ve collaborated with a number of prominent companies, including Vitra and Artek, but this is their first electronics venture. See an interview with the brothers about the Serif on Dezeen. 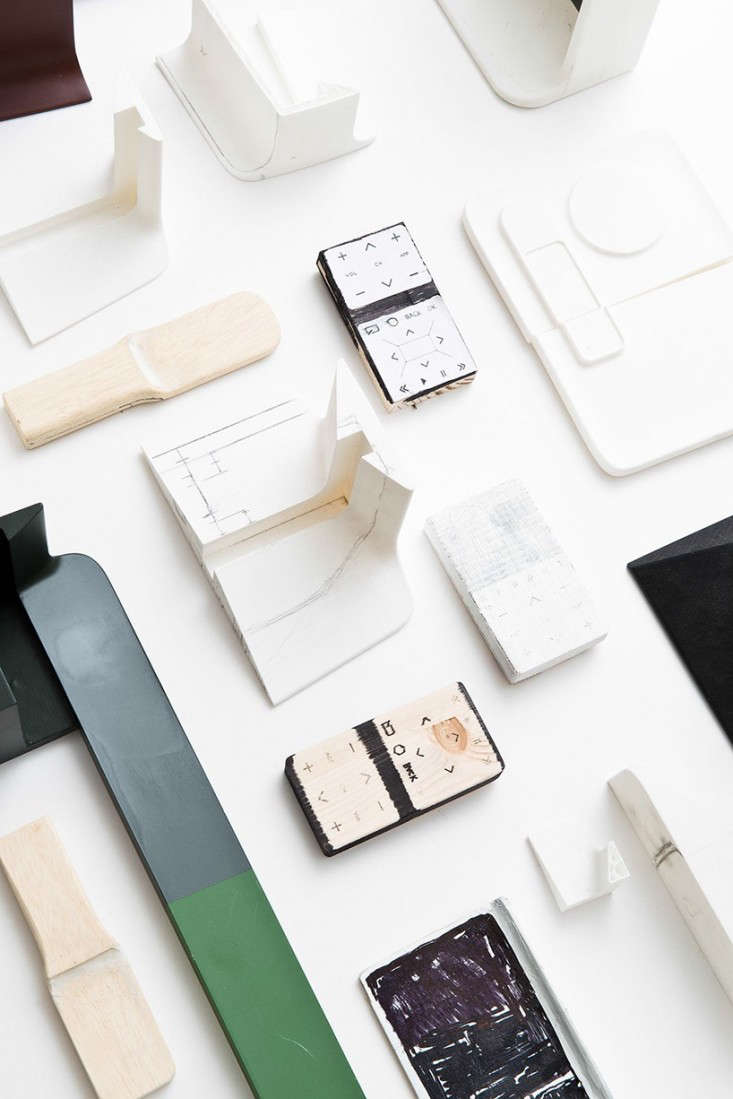 Above: Prototype remotes and other parts carved from wood and plastic. “The final product was designed in a shape that is almost identical to the first mock-up,” says Samsung. Photograph via Samsung. 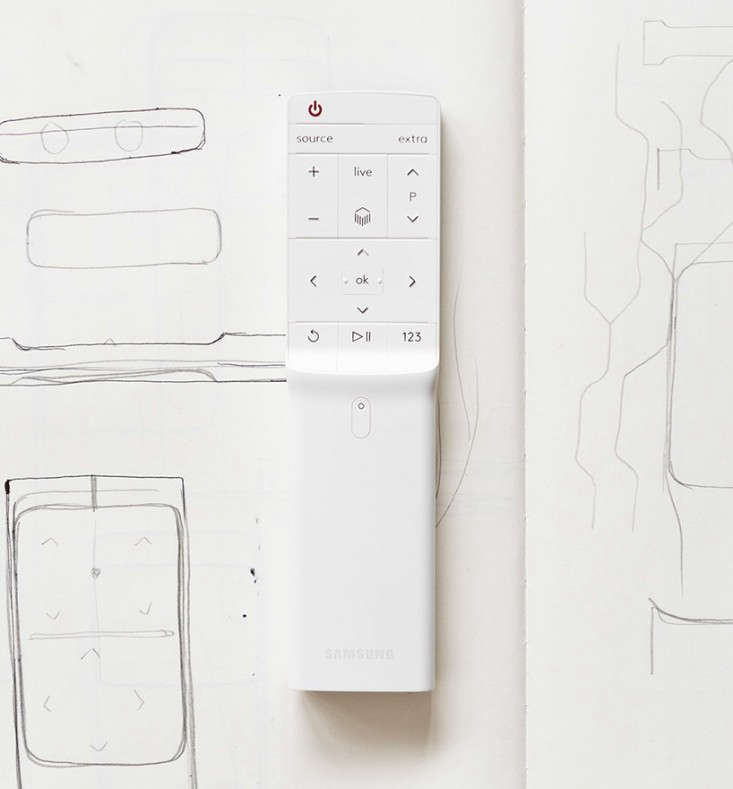 Above: The remote looks reassuringly simple. Photograph via Samsung. 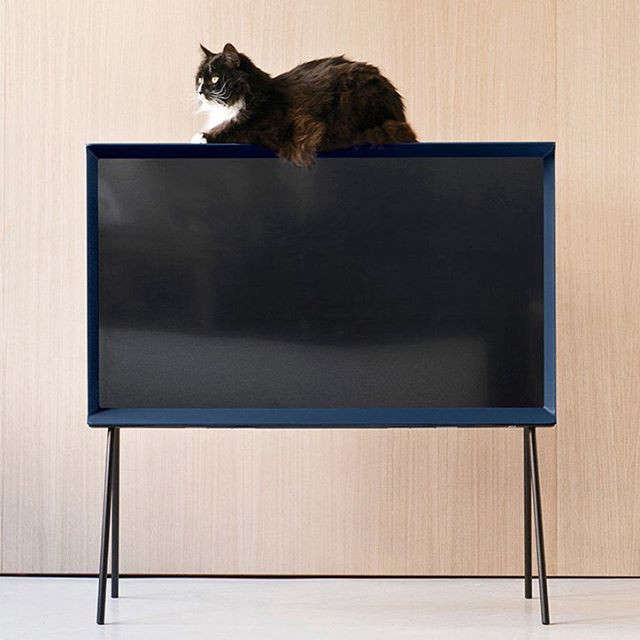 Above: The Serif will be in stores November 2 in the UK, France, Sweden, and Denmark, starting at £600 ($930). Samsung informed us that there are no plans yet to introduce it to the American market. Here’s hoping that changes–and that the Serif is a sign of things to come.

Stuck with a TV you don’t want to look at? Go to 12 Elegant Solutions for Hiding a Flat-Screen TV. And read Michelle’s Domestic Dispatch Will I Ever Master the Remote?

A Reimagined Remote for the Modern Home

Domestic Dispatches: Will I Ever Master the Remote?

by Michelle Slatalla
May 5, 2014
Read all recent posts