Located on a side street in Paris’s 11th Arrondissement, Bones was an Irish pub before Australian-born chef James Henry came on the scene and excavated the space. Exposed pipes? Check. Stone walls? Check. Concrete floors and cracked original white tiles? Yes. The focus is on the food and the crowd and the music, and it all works.

Photography via Bones, unless otherwise noted. 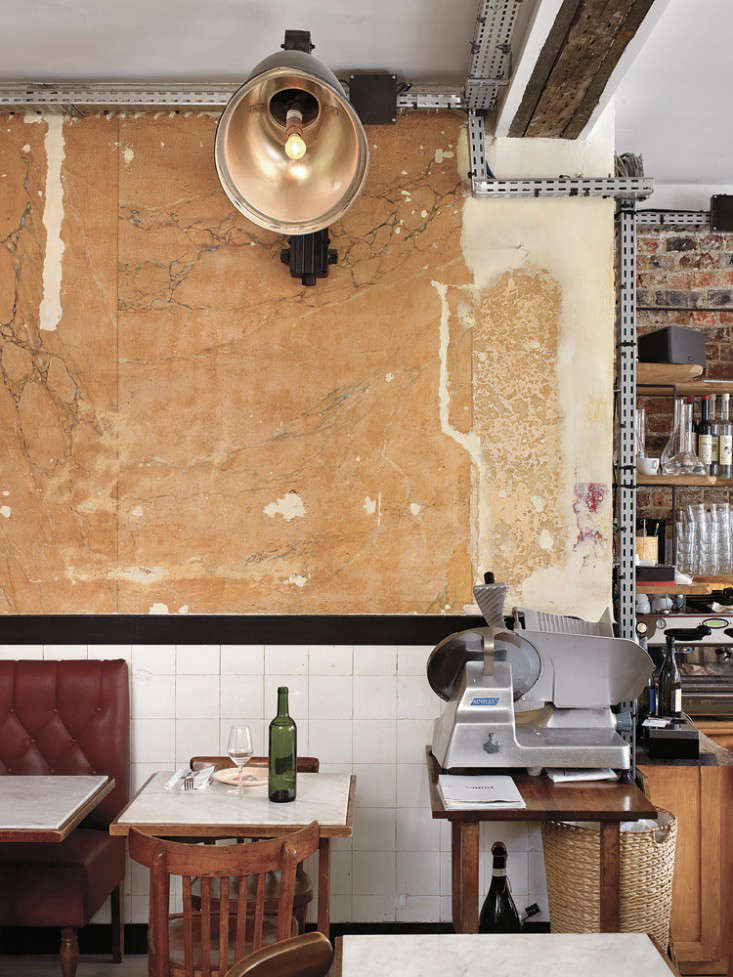 Above: Henry told the New York Times: “We didn’t have much money, so we did a lot of the work ourselves. We started by tearing down what we didn’t like and left the bare bones.” Photograph via the New York Times. 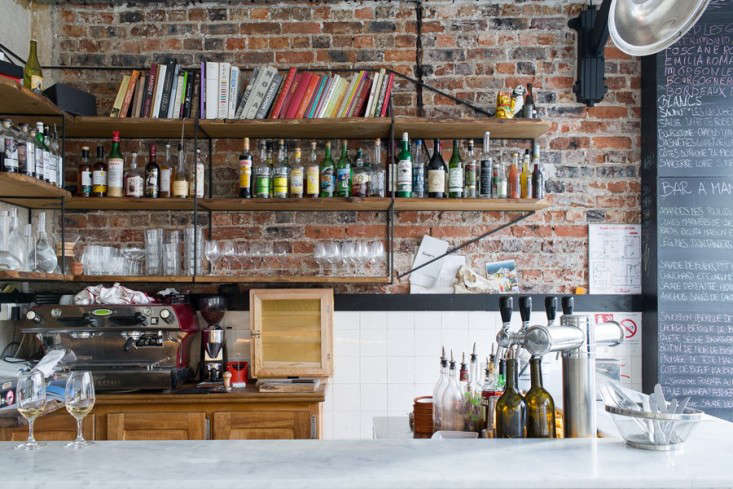 Above: A view of the bar. Photograph via Trotter Magazine. 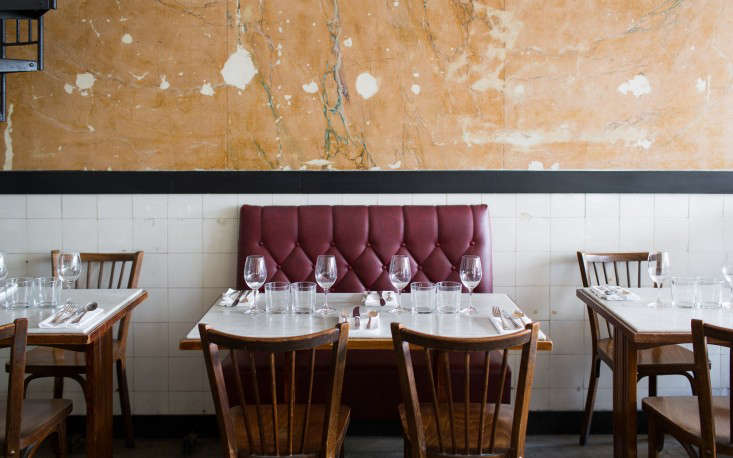 Above: A simple table setting. Photograph via Trotter Magazine. 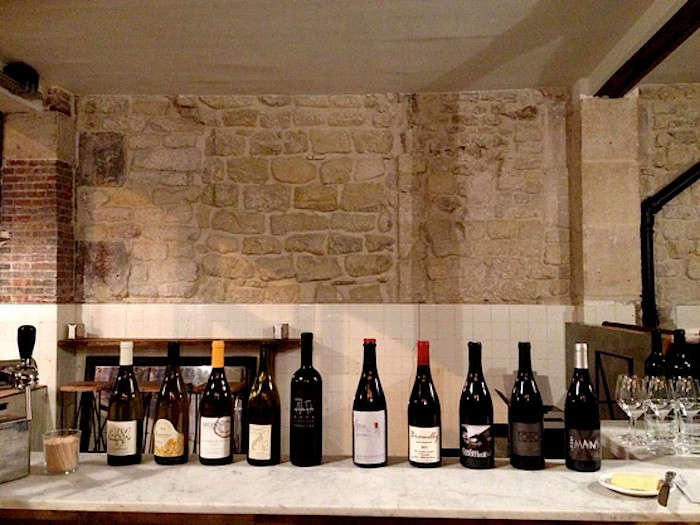 Above: Bones specializes in natural wines (read more at Not Drinking Poison in Paris). 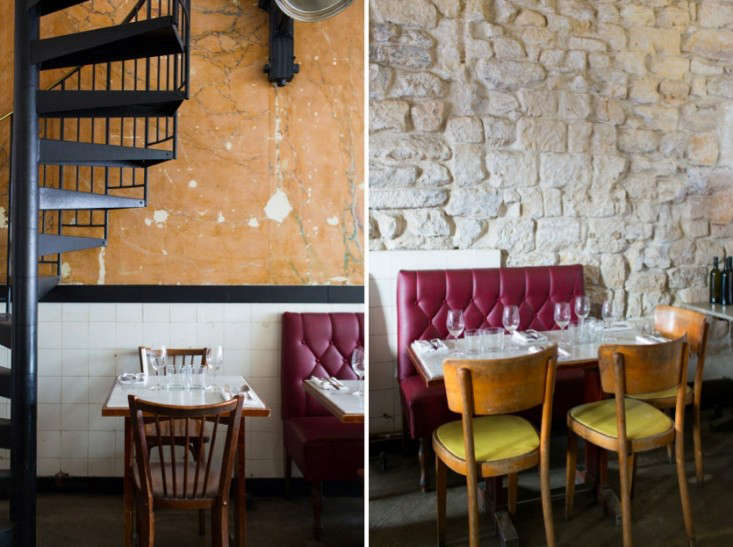 Above: The emphasis is on the food, not the deconstructed interiors. Photograph via Trotter Magazine. 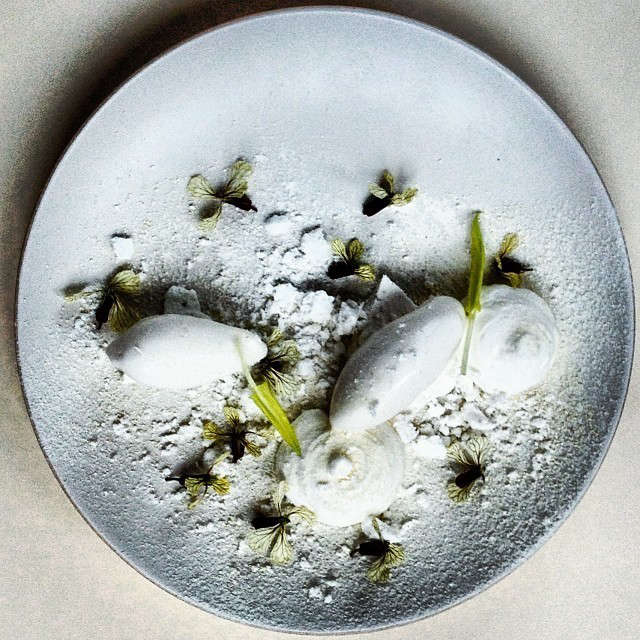 Above: The rustic dishware is by Dutch ceramicist J. C. Herman. 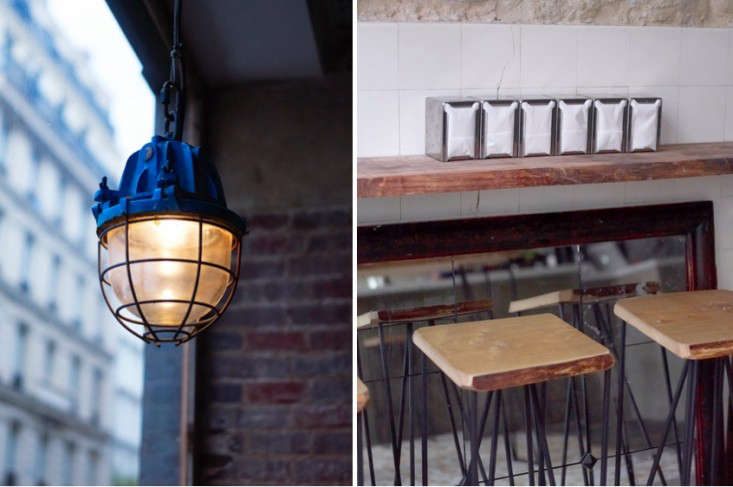 Above: Industrial-style lighting and simple industrial stools. Photograph via A Magazine. 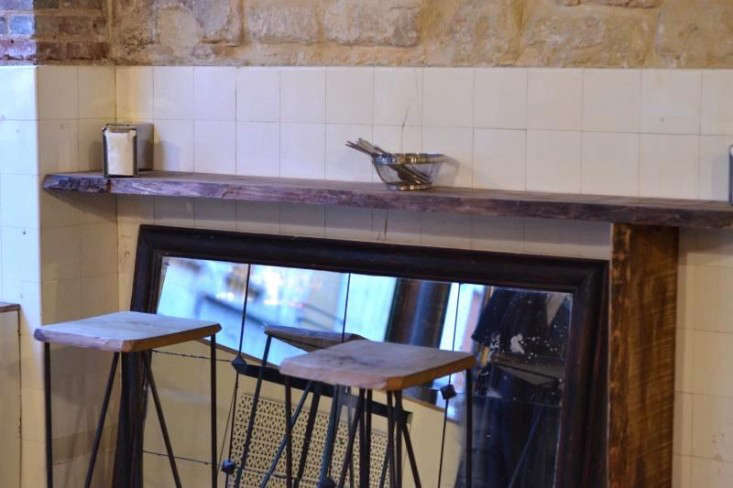 Above: A view of the bar. Photograph via Paris Bouge. 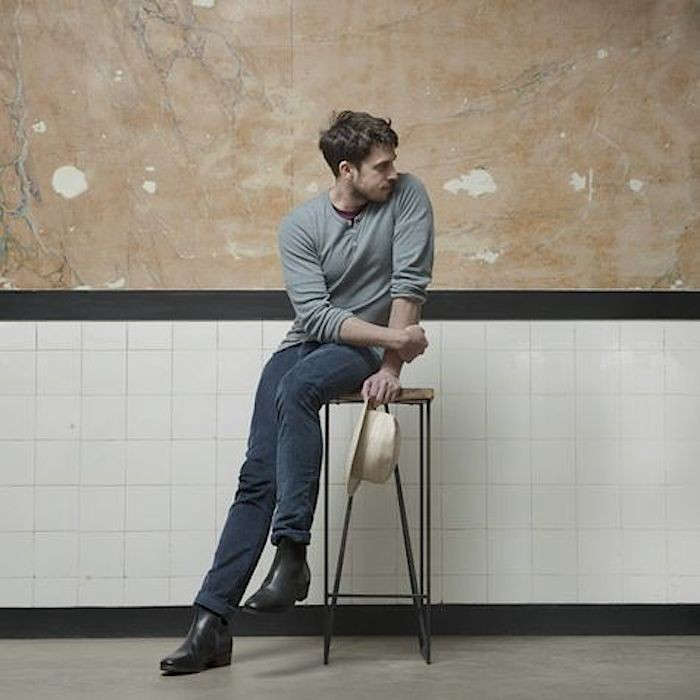 The restaurant is in the 11th Arrondissement; for reservation details, go to Bones.

Heading to Paris? For more of our favorite finds, including design shops and hotels, consult our Paris City Guide. And take a Walk Through One of Paris’s Last Flower (and Bird ) Markets with Gardenista.