NYC textile designer Zak Profera has a thing for antique kimonos (“I’ve been collecting old kimono stencils called katagami for a few years now,” he says), and his newest collection is inspired by their intricate patterns. “I bought one initially because I thought it was much more unusual than what we typically see in Japanese textile pattern. Then I got hooked; I’m always on the hunt for the ones that feel ‘unplaceable.’ Some skew very tribal, each is like a silkscreen, one color per stencil, so when you’re viewing them individually, there can be something beautiful and abstract in the reduction of elements.”

For ordering information, go to Zak+Fox, and, if you’re in NYC, visit him at his new showroom at 611 Broadway, Suite 511 (“by appointment or chance”). 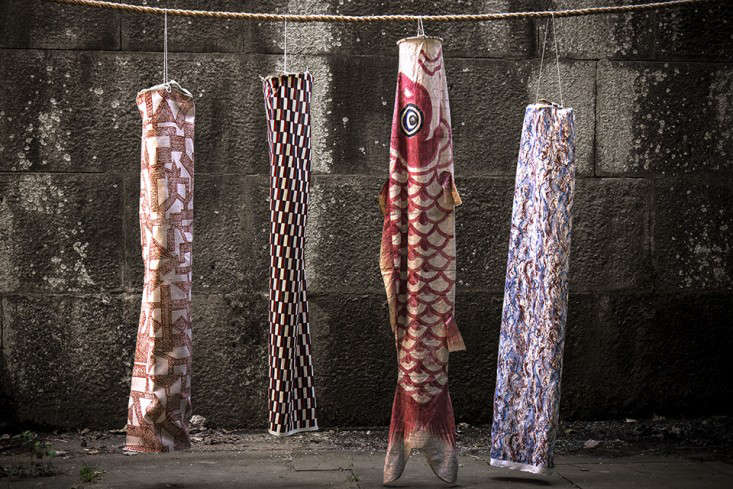 Above: A parade of prints on display. 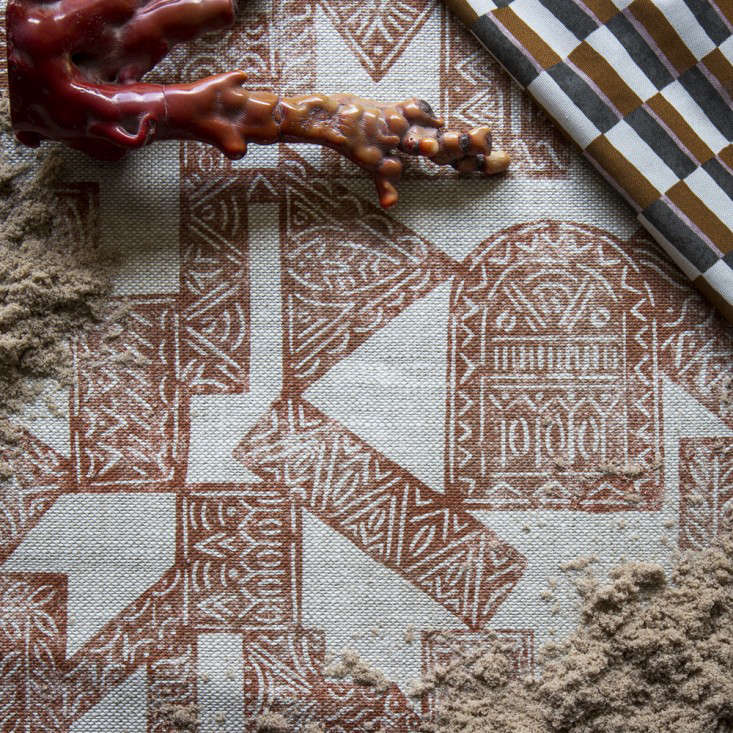 Above: The Pazuru (Japanese for “puzzle”) print is Zak’s interpretation of a centuries-old kimono pattern. 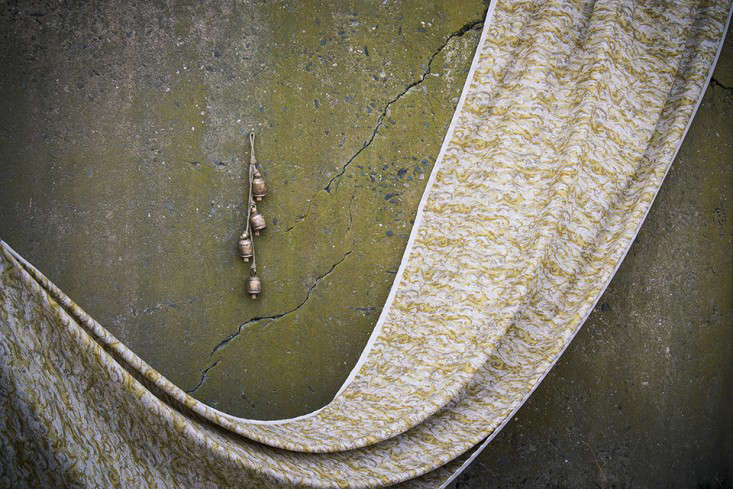 Above: The Kaze print features “thick brushes of color spun together and is evocative of the wind.” Hollywood at Home sells the Zak + Fox Kaze West Pillow for $265. 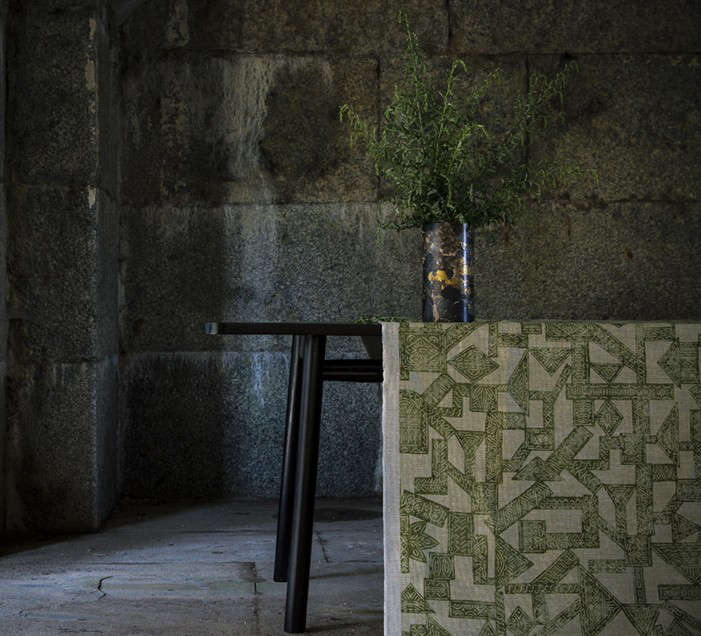 Above: The Pazuru print in matcha. 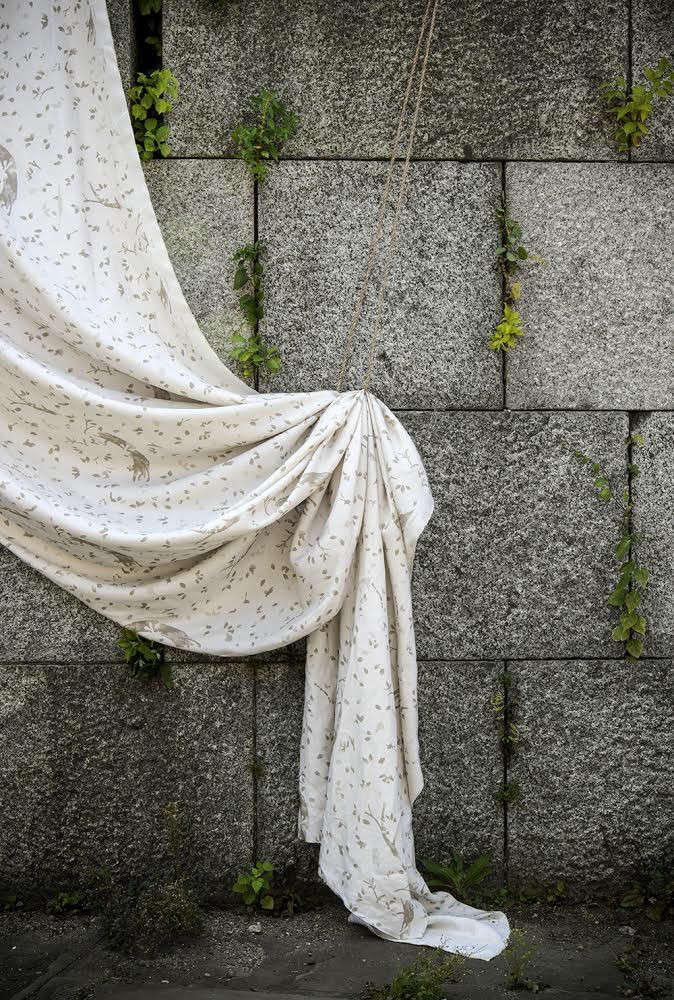 Above: The Hanami print is Zak + Fox’s rendition of a 19th-century cherry blossom print. 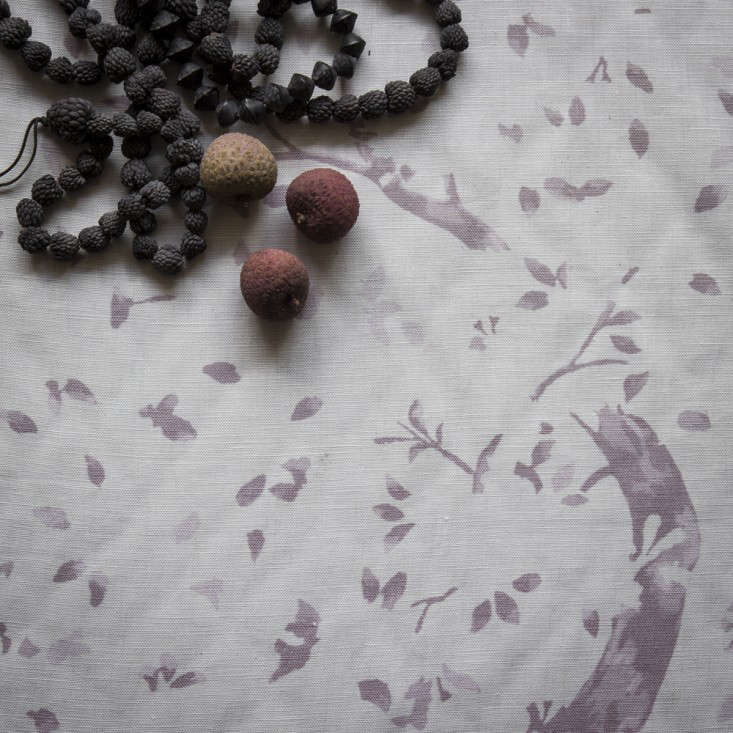 Above: A detail of the Hanami print. 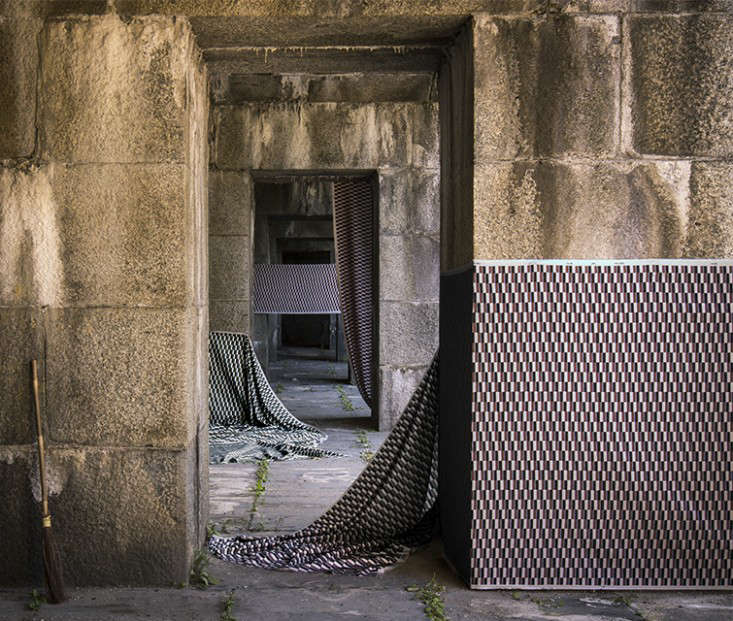 Above: The Obi pattern was inspired by a tattered vintage sash used in traditional Japanese dress. Hollywood at Home sells the Zak + Fox Obi Pillow for $265.

We’ve been fans for a while now; see Zak+Fox Textiles: Inspired by Exotica.