During Colonial times, doorknobs were mainly made from wood in the US. No longer; I recently searched the web in hopes of finding some modern wooden doorknobs, and was surprised by the limited offerings. I did, however, discover Modknobs, a Seattle-based company that takes doorknobs to another level. Read on to learn more.

During a remodel, couple Jeff and Mary LaCoste searched high and low for the perfect doorknobs to match the modern interior of their Seattle home. After endless efforts, Jeff finally decided to make his own using a hockey puck. Soon the word was out, and Jeff’s puck-like doorknob gained popularity among his friends,and  thus Modknobs was born. The doorknob is available in two styles, several finishes, and comes with premium Baldwin locksets. To learn more, go to Modknobs. 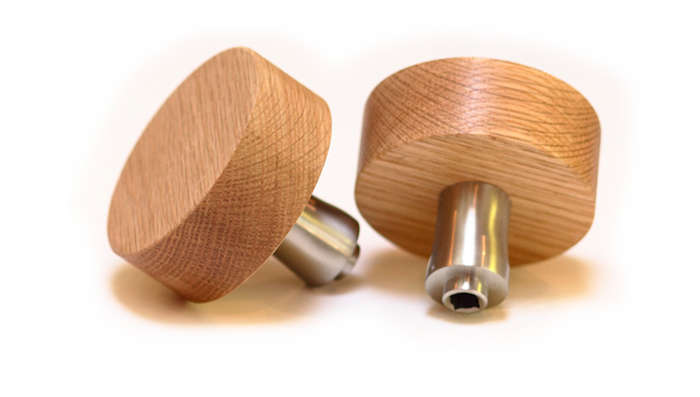 Above: The Oak Doorknob is $145 for a passage or privacy set. 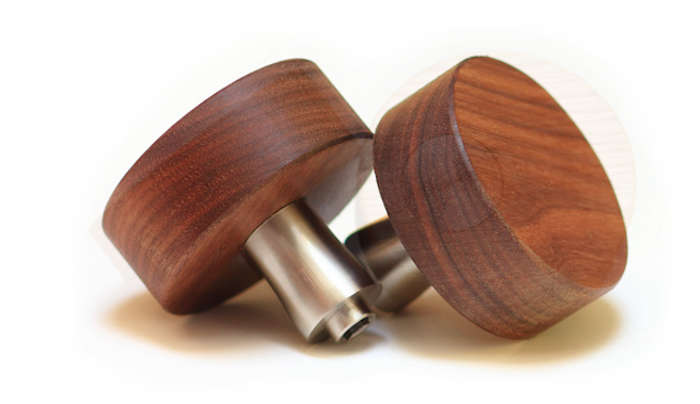 Above: The Walnut Doorknob is $145 for a passage or privacy set.

Above: The Matte Series is made in Seattle from eco-friendly paper stone. It’s available in two styles (standard or pivot) and three colors: slate, denim, and mocha. A privacy or passage set is $145, and the dummy knobs are $85. 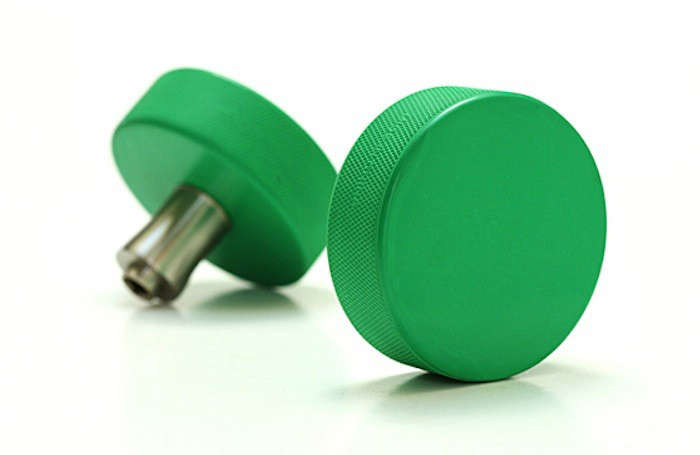 Above: The Puck is made from vulcanized rubber and comes in nine colors (shown here in green). A privacy or passage set is $125. It is also available in a dummy knob for $75. 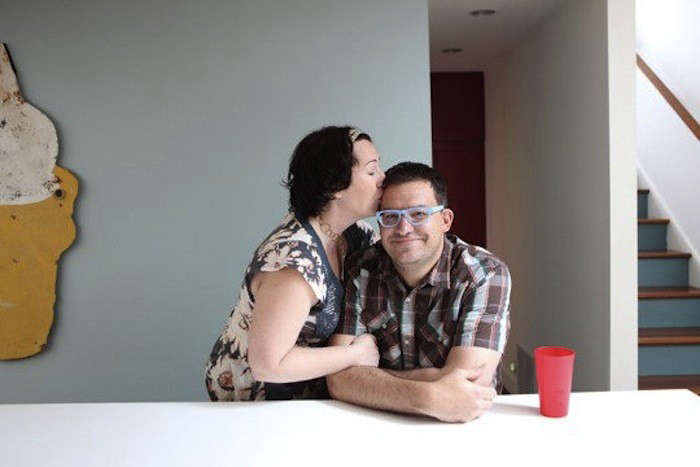 Above: Jeff and Mary LaCoste. Photo via AT.

Haute Luxe on the Great Plains