For Emma Wilson and Graham Carter it was love at first sight—with Morocco, that is. The result of their romance? Dar Beida, an 18th-century villa by the sea, where the couple offers visitors an original mix of 1960s retro and ethno/Moroccan architecture and design.

Wilson and Carter visited this Northern African kingdom at different times in their lives, and independently fell in love with the exotic land. So when these two Londoners later met, it was only a matter of time before they quit the colder Northern city to take up residence in the sunny coastal village of Essaouira. There, the new expats bought a dilapidated 200-year-old villa, Dar Beida, which they spent two years renovating into a contemporary Moroccan guest house. Applying their knowledge of modern design (they ran a retro furniture shop in London), while at the same time restoring much of the original Moorish structure, they completely redesigned the four-story dwelling. The result is a rare and seamless blend of their native and adopted countries: western modern and traditional Arabic, with some ethnic African thrown in.

N.B. Rental information for Dar Beida can be found at Castles in the Sand. Photography by Luke White. 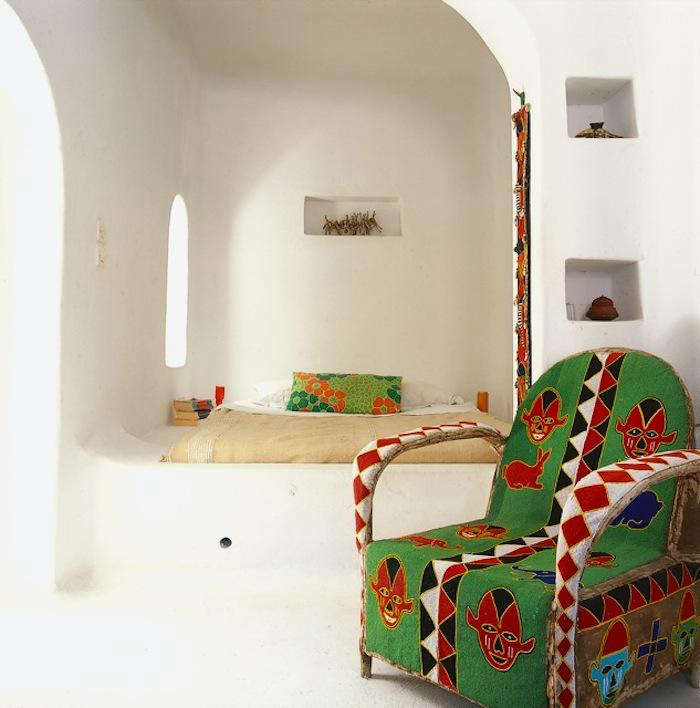 Above: At Dar Beida (which translates to "The White House"), Emma and Graham eschewed a muted Moorish atmosphere in favor of a more Mediterranean feel—bright whites accented with strong primary colors. 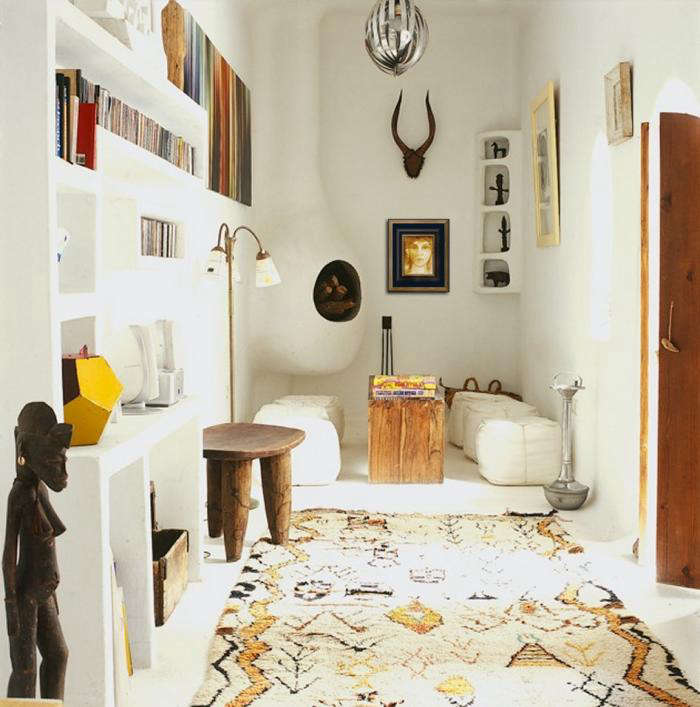 Above: A guest room sports Emma and Graham's signature eclecticism: retro modern combined with traditional African details. If you find yourselves coveting any of the items at Dar Beida, not to worry. Ever the consummate host, Emma is happy to take you shopping in Essaouria's adjacent medina. 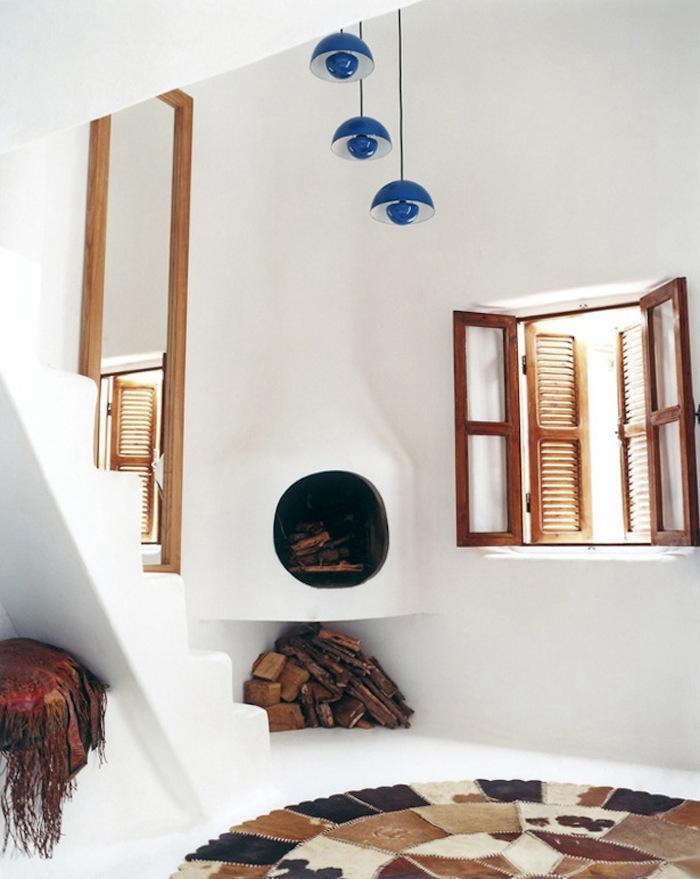 Above: At Dar Beida, Emma and Graham's goal was to create a haven for modern "troglodytes." To achieved this organic, cave-like feel, they designed rounded walls and many built-in features, including the beehive fireplaces which warm every room. 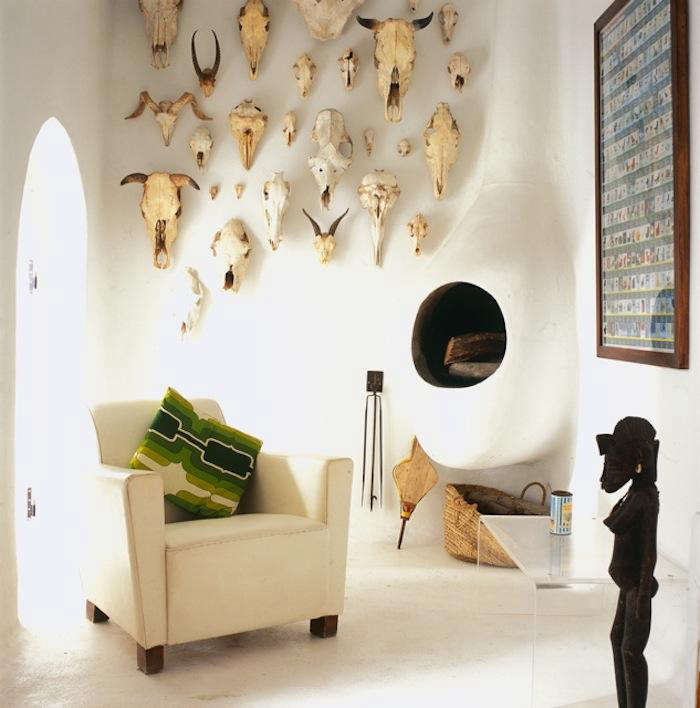 Above: Timeless and contemporary: watched over by myriad skulls, this eclectic room feels rather like a modern day Lascaux. 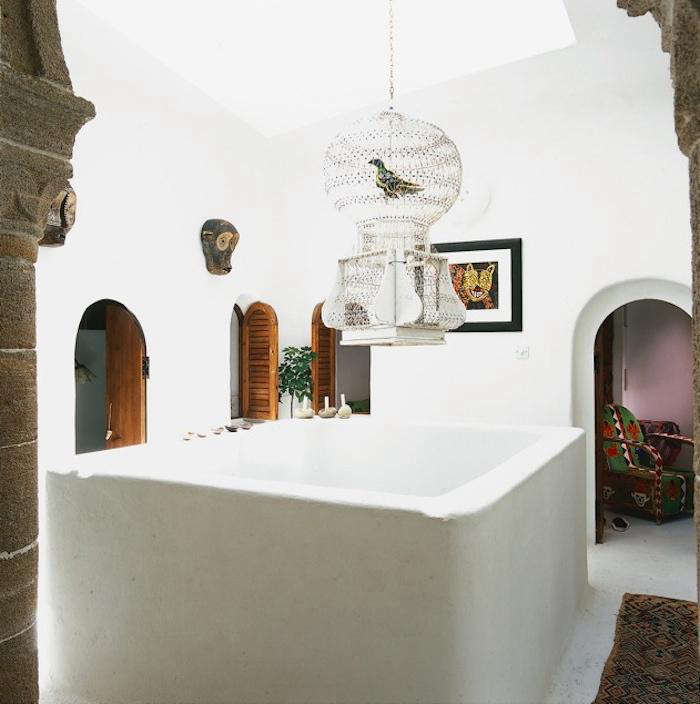 Above: Set in a sunlit, central courtyard, the capacious soaking tub is flanked by original sandstone columns, which Emma and Graham painstakingly restored. 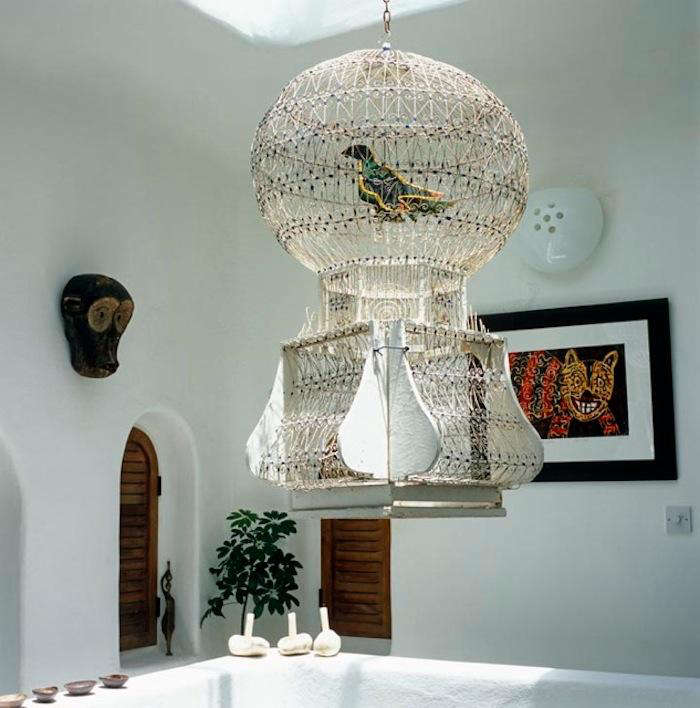 Above: A Moroccan bird cage provides a whimsical touch. 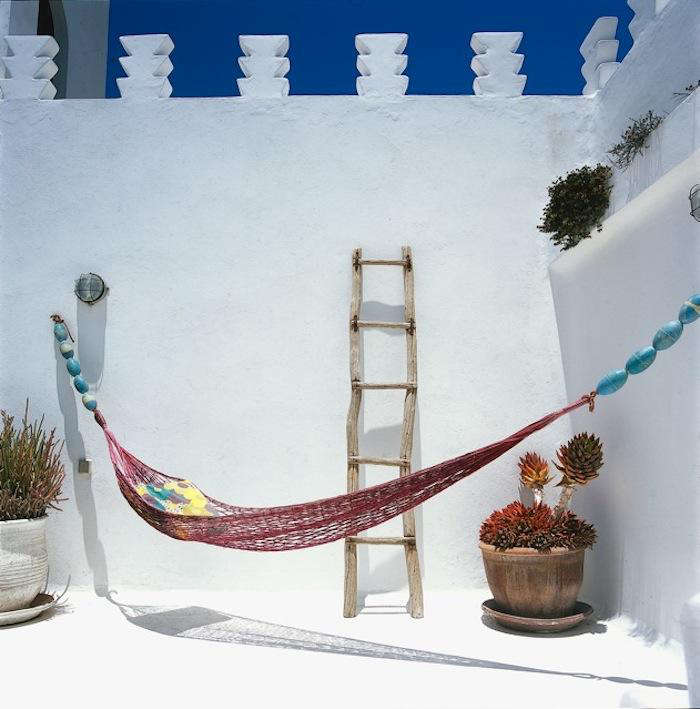 Above: One of Dar Beida's many relaxing spots: a roof-top hammock sways under the sun. 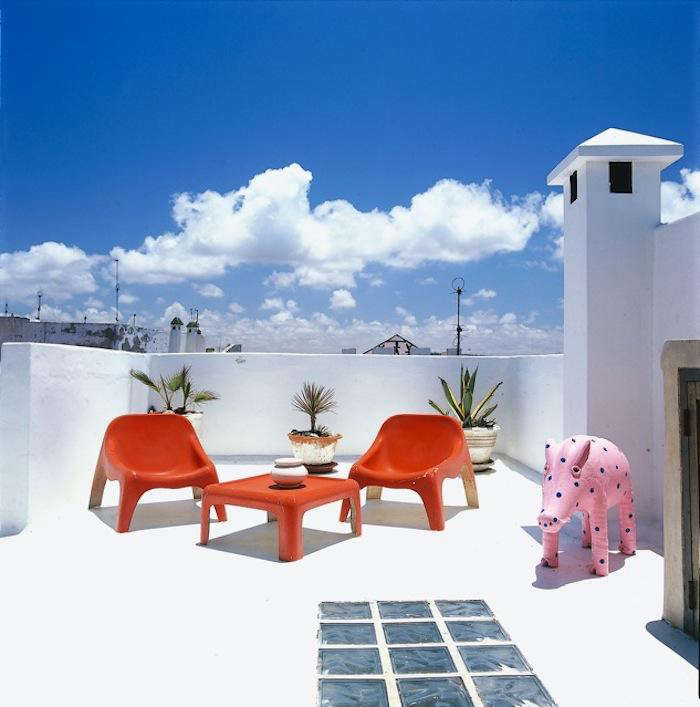 Above: Humor and a view: guests can enjoy the vista from the rooftop terrace while lounging in molded plastic chairs. 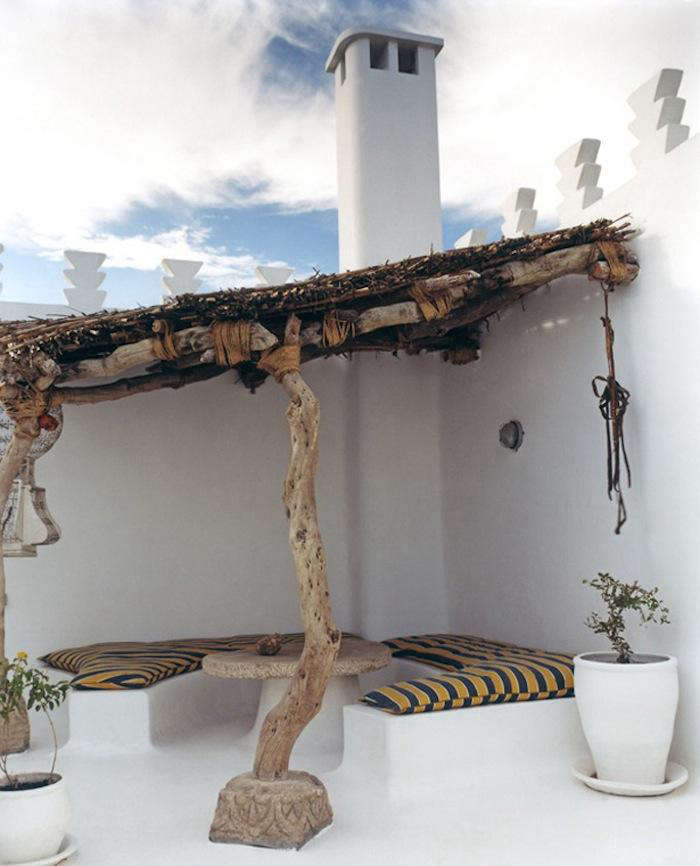 Above: With its built-in benches and thatched roof, this shaded lounge spot looks as if it sprouted from the building. 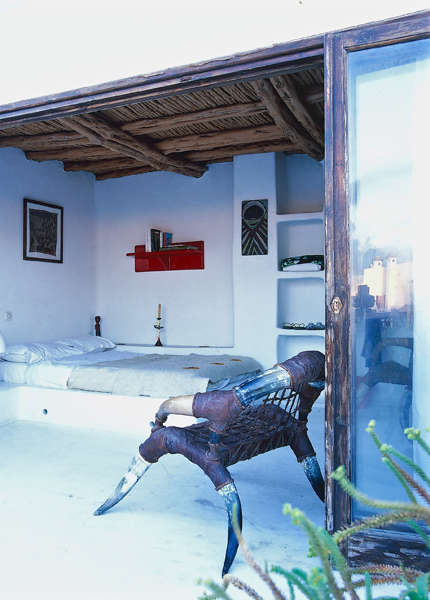 Above: The top floor guest room with private terrace sports a traditional thuya wood ceiling, another original detail that Emma and Graham uncovered and restored during their renovations.

The Writer’s Apartment: A Pastel Holiday Let in Bath, UK