A European-style garden in Berkeley proves to be a forager's secret paradise.

When I asked our friend Louesa Roebuck to come up with something floral for spring, she suggested a trip to her friend Lauren's garden in the East Bay, a frequent source for her gleaning. "There is a lot of ivory and white in Lauren's garden," she says, "and I have been working with so much pink lately—from magnolias to crab apple blossoms—that I wanted to honor the white in the garden. All the creaminess feels like March is coming in like a lion and a lamb." 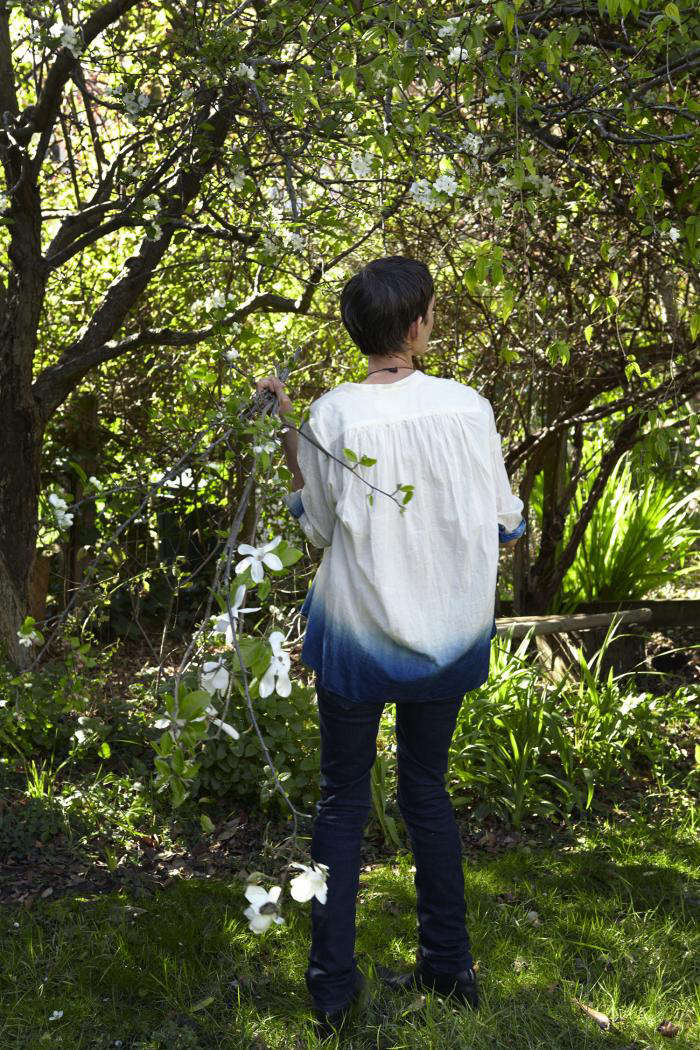 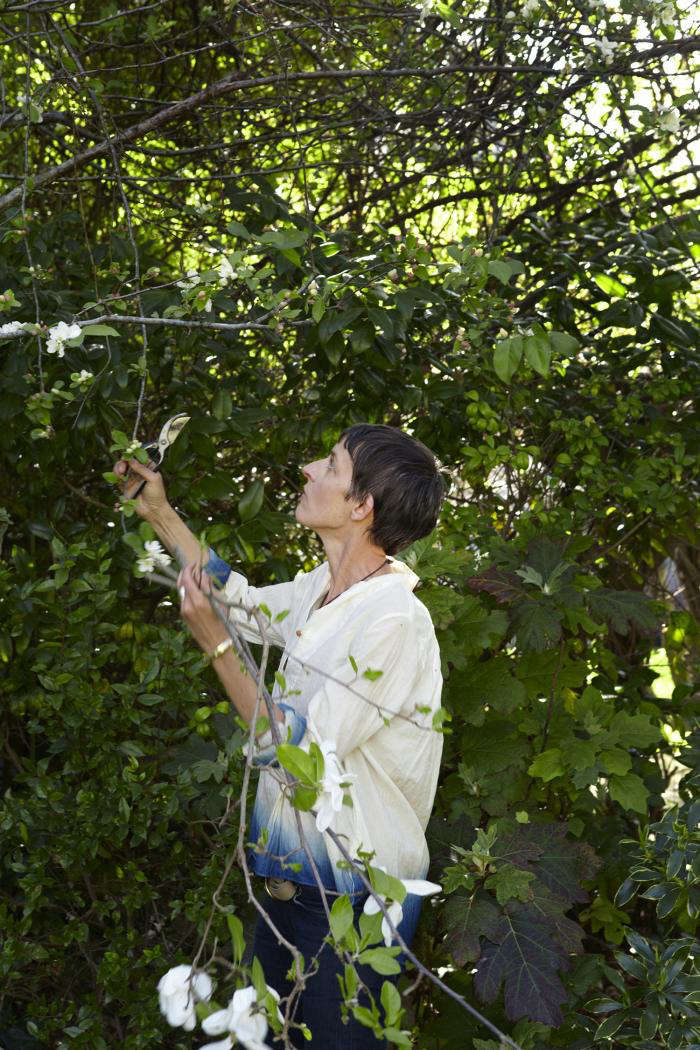 Above: Louesa cutting star magnolia. She gets her garden gear from Hida Tool in Berkeley, which she describes as "very old school. They are teeny and have a lot of woodworking and gardening tools, mostly Japanese, and they will also sharpen and repair garden tools." 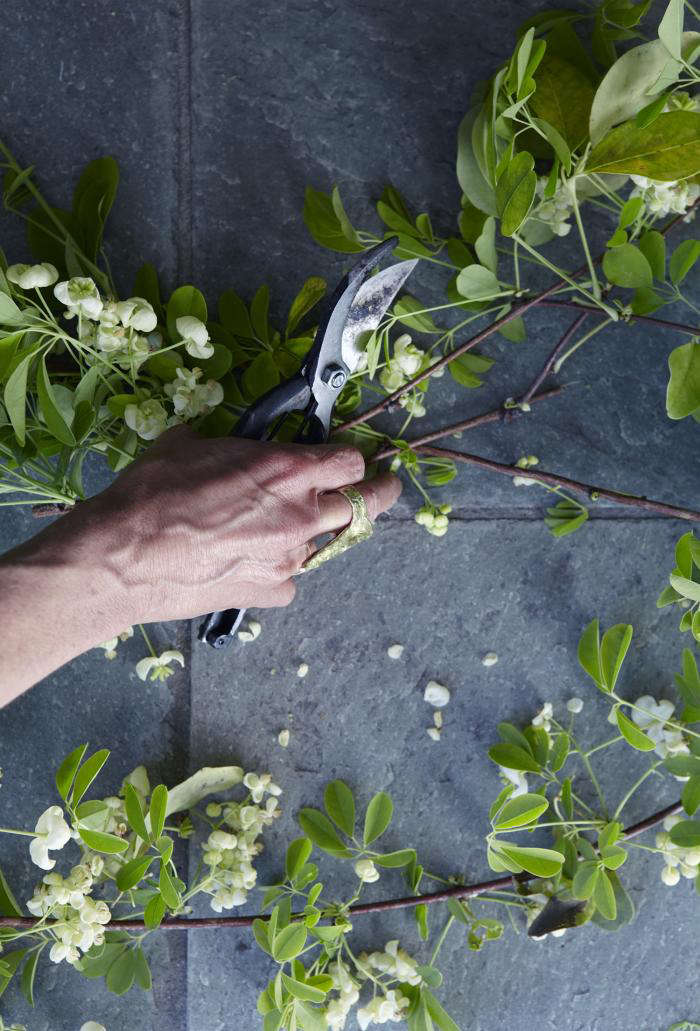 Above: Louesa working on some Akebia quinata 'Alba,' which grows like a vine on the front of Lauren's house. Akebia quinata is native to Japan and typically comes in a dusty purple; this vine, however, has white flowers. 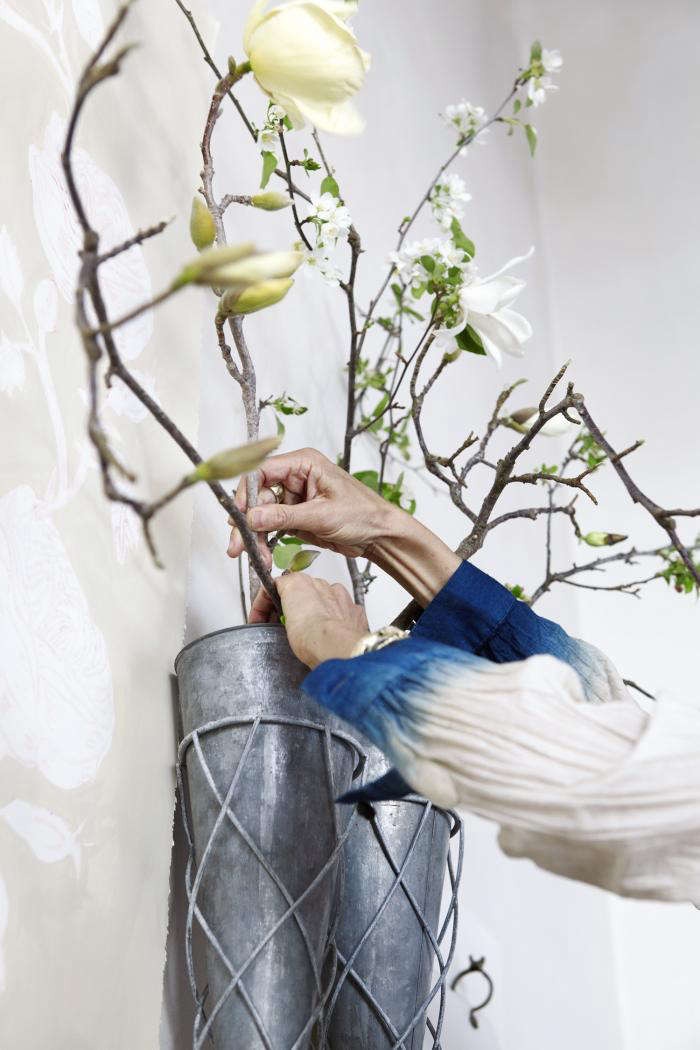 Above: Louesa sourced the single white blossom from the garden of her friend Alan Tangren, who lives in the Sierra foothills (he was the original forager at Chez Panisse). "When I first got them, the buds were were so tight that I had to keep them in a cool place for a week," Louesa says. "Yesterday, I added warm water to the bucket and put them in the sun so they would open a little bit more, but not too much. I think the really tight buds combined with the ones just opening look gorgeous." 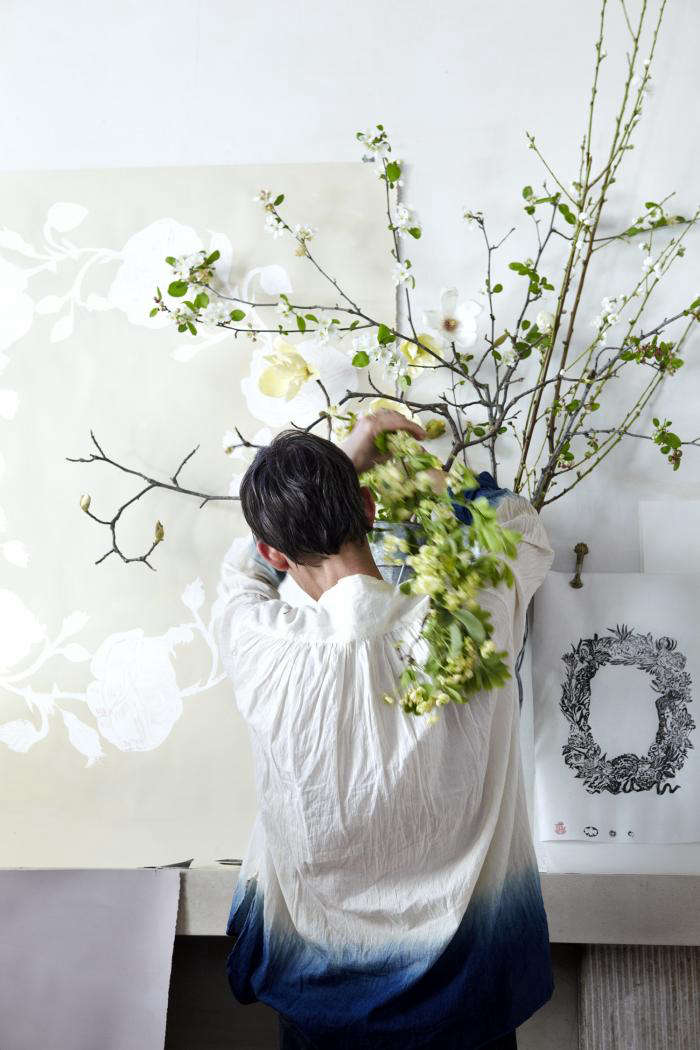 Above: Louesa positions the Akebia quinata 'Alba' in the vases. 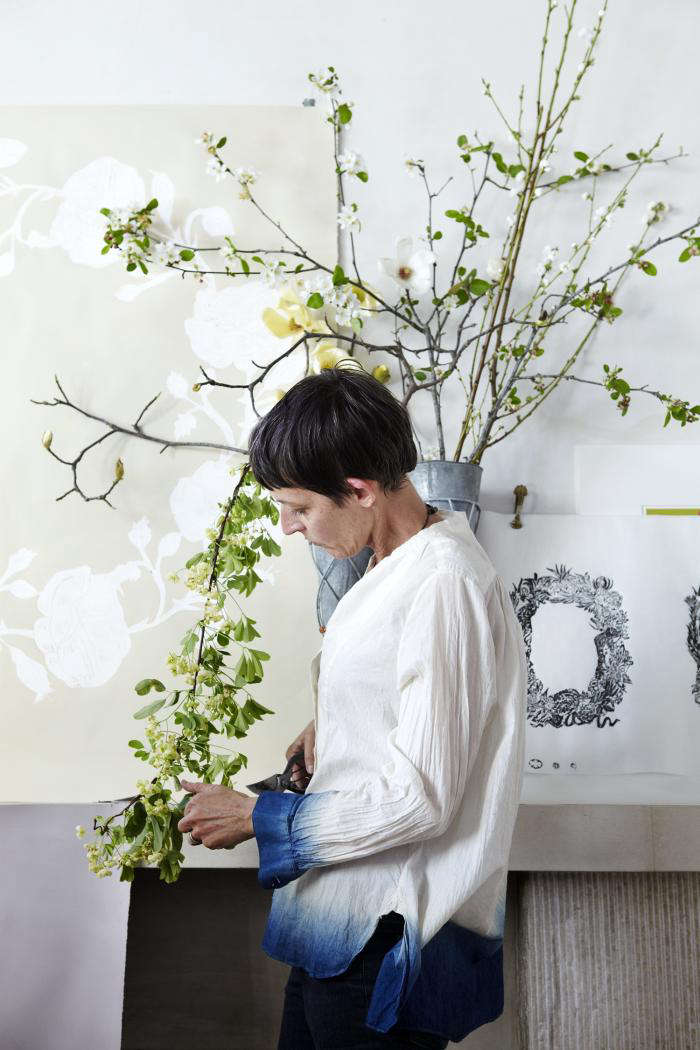 Above: "I like a certain level of imperfection," Louesa says. "I will do some trimming for composition, though." 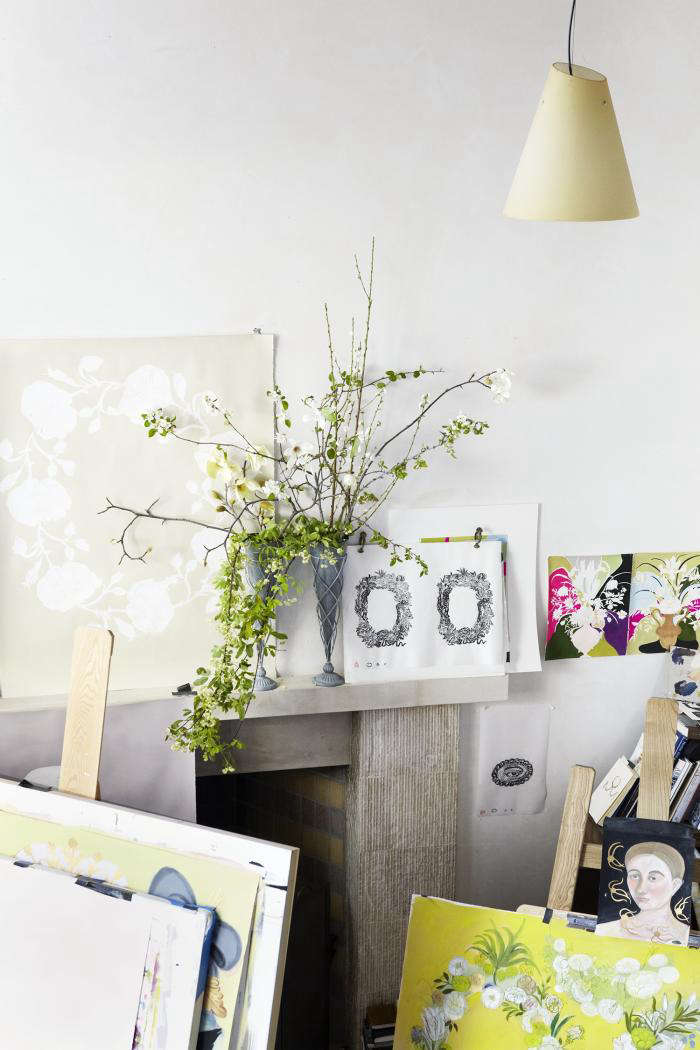 Above: Lauren's studio opens onto a rambling garden, and her own floral paintings provide the backdrop for Louesa's display on the mantelpiece. Insider tip: Each vase contains a large Ziploc bag filled with water. "For vases like these, which have a tendency to leak, Ziploc bags work really well; you just stick everything inside the bag, and put the bag in the vase." 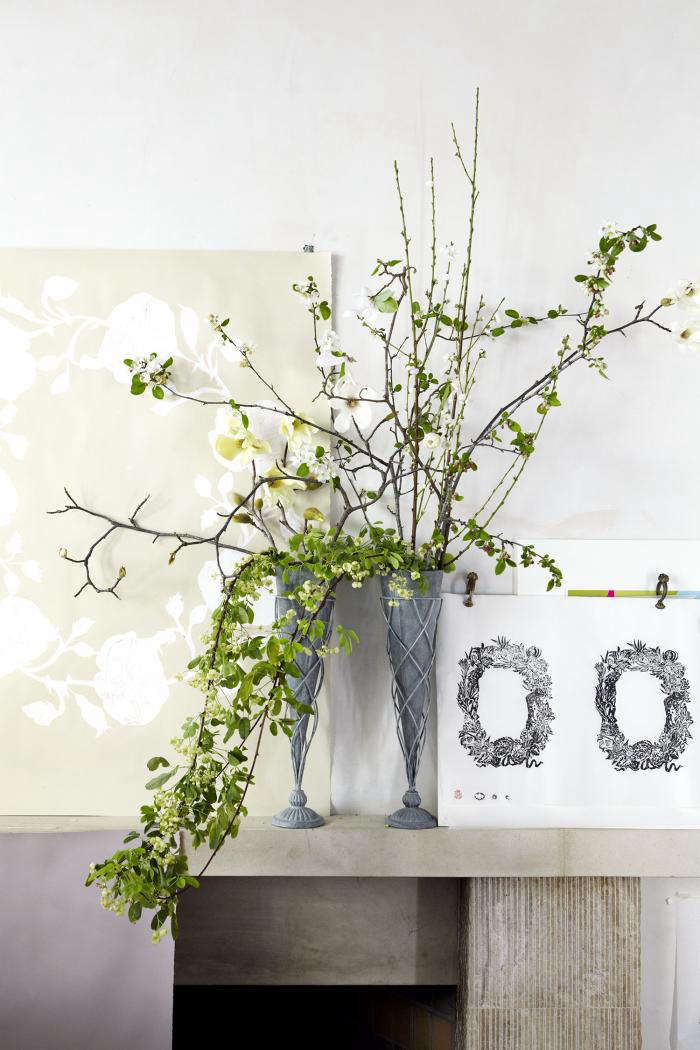 Above: Louesa's floral tribute to the arrival of spring; for more of her work, go to Louesa Roebuck. To see more of Lauren's art, go to Lauren McIntosh.

In collaboration with: Only Two Weeks Left: Win a Kitchen from Cultivate.com