A tip from my Travel + Leisure hotline: If seeing the Great Wall of China is at the top of your bucket list, you can stay practically within touching distance of it, and in great style, at Commune by the Great Wall. In 2001, a dozen prominent Asian architects were invited to build their dream villas at the site. Considered a new Chinese wonder, the resort has since grown into an enclave of 40 dramatic contemporary houses, some rented by the night in their entirety, some offering hotel rooms and suites. As the magazine describes it, “In a poetic juxtaposition, your view presents what China was–a stronghold against the world–whereas your villa represents what it’s poised to be: a dynamic, forward-thinking force.” Our pick of the lodgings: Japanese architect Kengo Kuma’s dreamy Bamboo Wall house, which proved so popular, Commune constructed six replicas of it. Here’s the original:

Photographs via Commune by the Great Wall, unless noted. 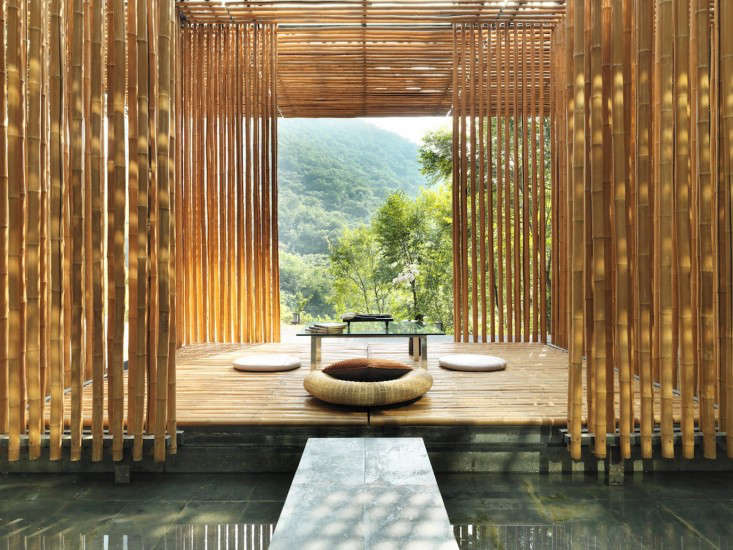 Above: Part of the structure is built over a pool of water (though the replicas rise over a gravel garden). The walls are constructed of bamboo canes spaced to allow in light. The walkway leads to a very memorable setting for tea.

Above: The house’s six bedrooms have futons resting on tatami mats. In this one, a wooden kimono rack serves as sculpture and a place to drape clothes. 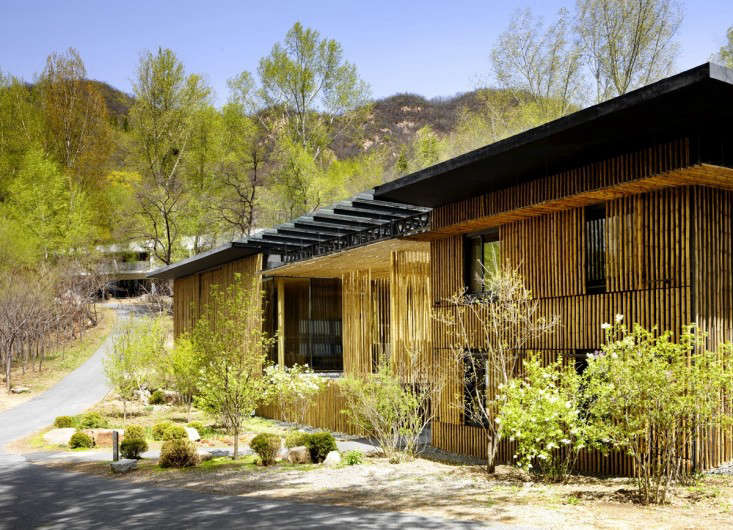 Above: The design of the house was inspired by classic Chinese construction and by the rambling Great Wall itself, which rises as part of the landscape. Kengo Kuma writes that he consciously called his design a wall, not a house, and adds: “The Great Wall in the past partitioned off two cultures, but this Bamboo Wall would not only partition but also unite life and culture.” 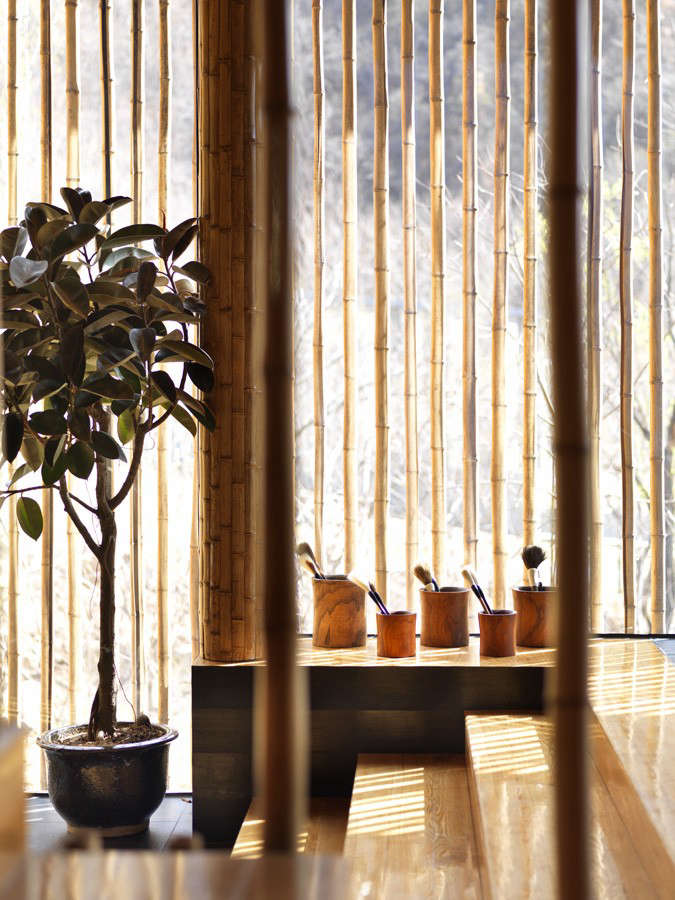 Above: Bamboo of many widths was employed, including bamboo cups for accessories. 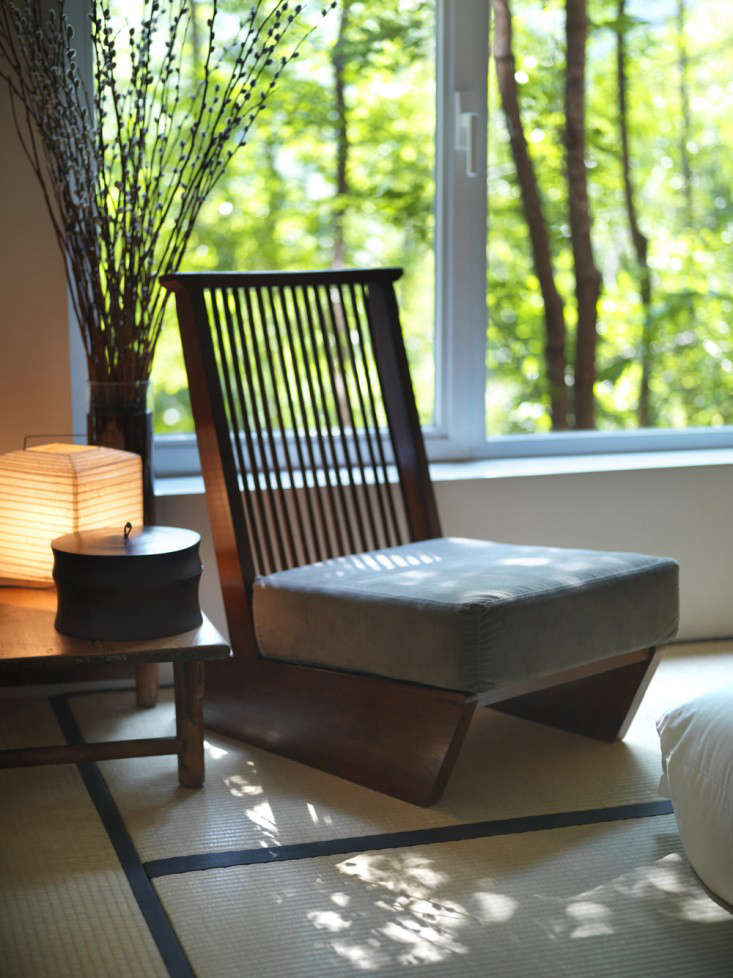 Above: In a bedroom, a modern version of a classic Chinese low seat is situated window side.

Ready to live with bamboo? See our Remodeling 101 post: The Mystery of Bamboo Floors Revealed and Gardenista’s Bamboo: The Re-Think. For more of our favorite lodgings the world over, peruse our Hotels & Lodging posts, including Beautiful Ruin: The Waterhouse in Shanghai.

Ode to Salvage: A Tea House in Taipei City Built from "Sentimental Objects"