Beyond Wusthof: cult knife company Windmuehlenmesser (Windmill), founded by Robert Herder, is based in Solingen, Germany, and makes knives that are prized for their extremely thin carbon steel blades.

According to Kauffman Mercantile, one of the only US companies to carry the knives, "The company was founded in 1872 by young upstart Robert Herder, who was descended from a line of steel tempering workers in Bergische Land. Four generations later, his family still runs the company, and their knives are still made as they were over 100 years ago. The knives are formed by drop-forging, a process in which enormous hammers slam down on very, very hot stainless steel bricks, compressing them into hard, dense knife blanks. It is a forceful and ancient practice—most industrially produced knives are stamped out of sheets of metal like a cookie cutter—but a knife that comes out of these grand, ground-shaking machines is far from flimsy." We're sold. 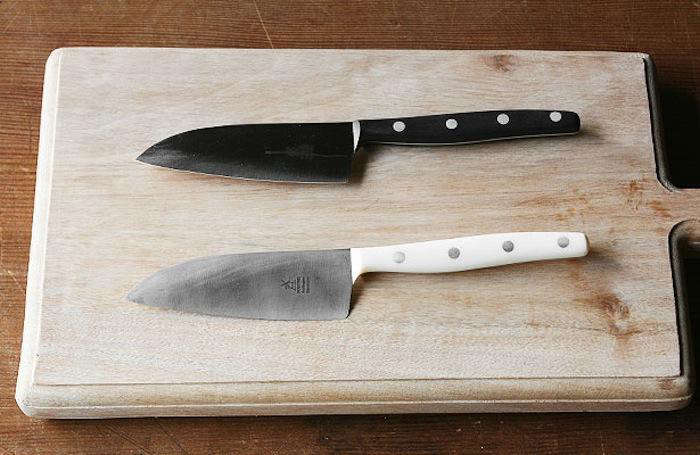 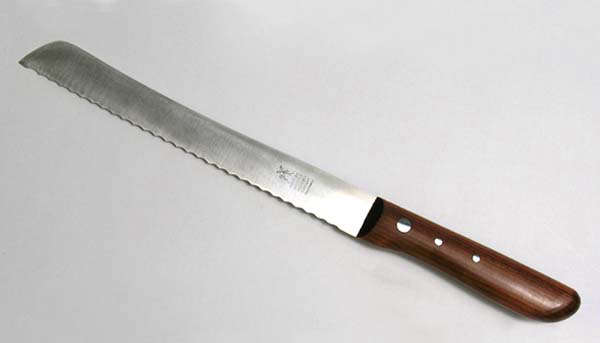 Above: The Windmuehlenmesser Serrated Knife is $58 at Kaufmann Mercantile.

Above: The Windmuehlenmesser Carbon Paring Knife is $24.90 at Kaufmann Mercantile.