Among the many advantages of having friends who are borderline professional chefs: the culinary insights gained from watching them at work. When I recently observed two such friends (Berkeley-based June Taylor of June Taylor Jams and Marin-based Eric Gower of the Breakaway Cook) whip out clay pots, I started to pay notice.

Recent converts, June and Eric are taken with the deep, earthy flavors achieved with rustic clay pot cooking. Inspired, I went on a search and discovered Bram in Sonoma, a clay pot mecca owned by Shelly and Ashrf Almasr (Ashrf is a native of Alexandria, Egypt), which was named one of the best U.S. shops for obsessive foodies in the May 2010 issue of Food & Wine.

Clay pots can be used both on the stovetop and in the oven; it's a different, somewhat slower approach to cooking, but one that results in delicious, deep flavors. Unlike metal pots, which heat up immediately, a clay pot heats slowly until hot, then retains the heat. The Bram site offers step-by-step guidance on how to cook with a clay pot, useful for the uninitiated. An added benefit: when not in use, clay pots add an exotic decorative note to the kitchen. 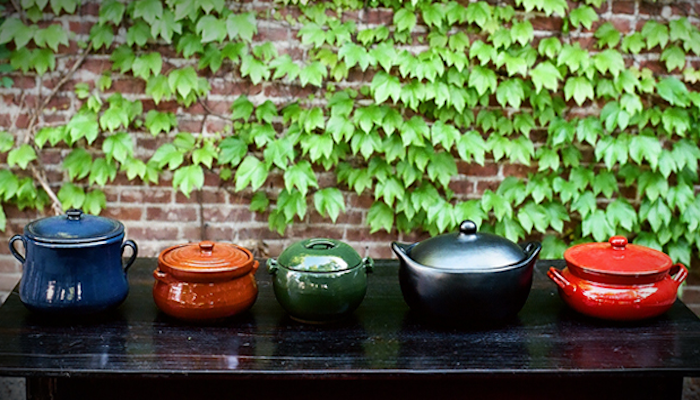 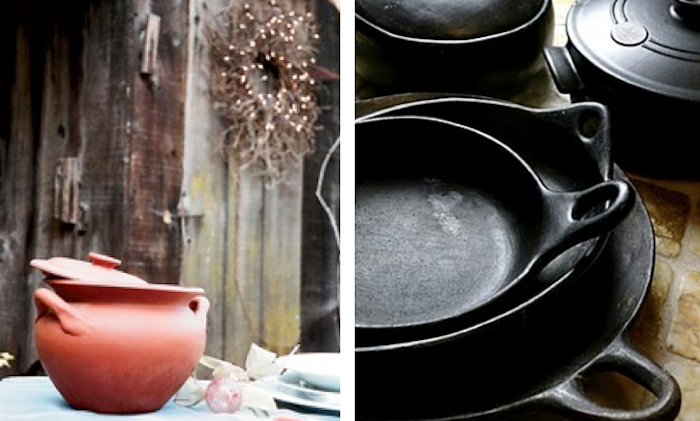 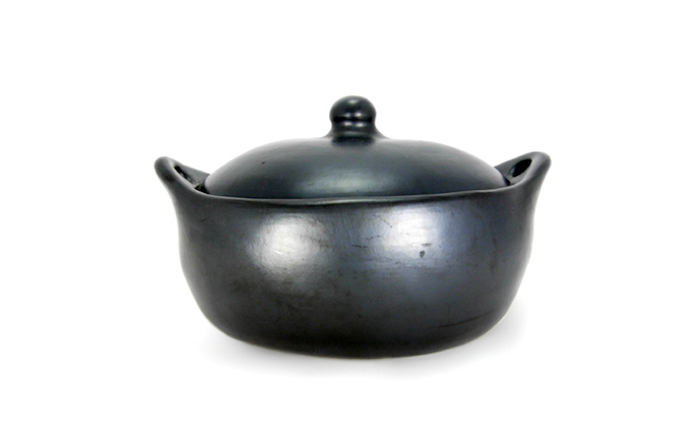 Above: The medium-sized Chamba Oval Covered Casserole from Colombia is $128 at Bram. 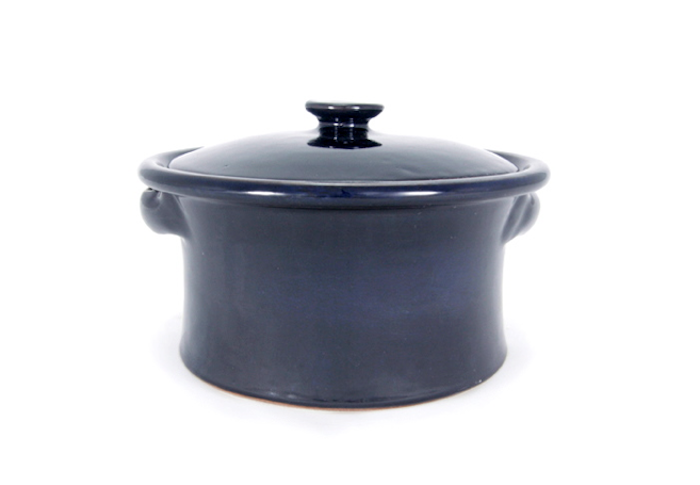 Above: The 3-quart Tall Hala Pot is available in blue, forest green, terra cotta, and semisweet brown; $48 at Bram. 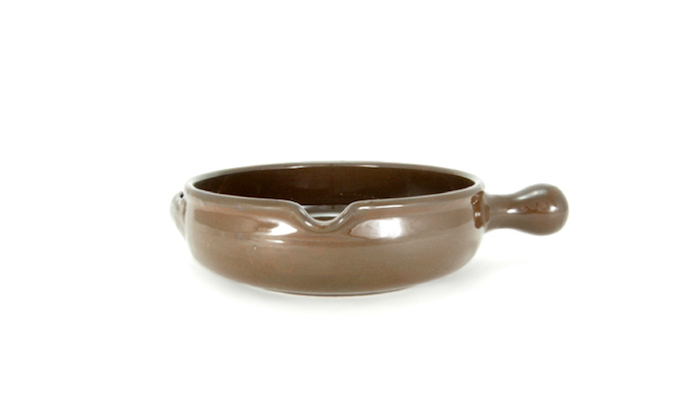 Above: Handmade earthenware Skillet shown in mocha brown, $42 at Bram. 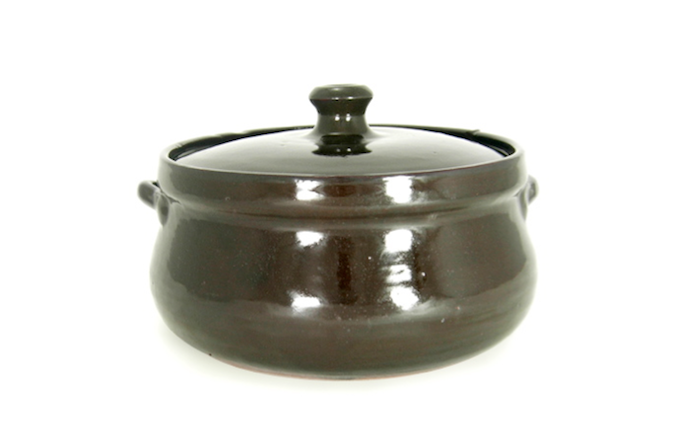 Above: Terra Cotta Casserole made in Old Cairo, Egypt; $68 at Bram.

Upwardly Mobile from Iacoli and McAllister

Le Reflet in Paris, a Restaurant for All (with an Inclusive Line of Tableware from Maison Fragile)