UK natives Andrew Corrie and Harriet Maxwell relocated to Soho back in 2005, when they opened the New York outpost of their furniture and accessories shop Ochre on Broome Street. The nearby loft they settled in required a complete renovation; they relocated the kitchen to the front of the loft (for more light), and built a series of glass-walled rooms toward the interior of the loft for their three small children. The couple outfitted the subtly glamorous interior with a mix of antiques and new pieces from Ochre and the lower-priced Canvas line—all in the classic Ochre palette of moody grays, pale pinks, and robin's egg blue.

All photographs by Ditte Isager 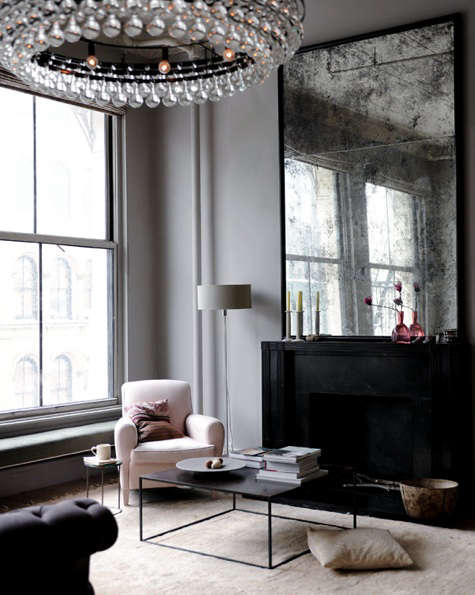 Above: A palest-pink linen chair from Canvas faces a linen-covered Chesterfield sofa with a metal coffee table from Canvas. 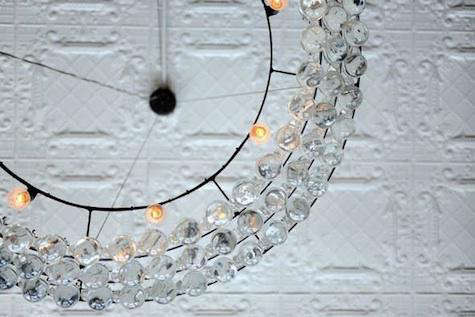 Above: a large Arctic Pear Chandelier from Ochre contrasts with the original tin ceiling of the loft. 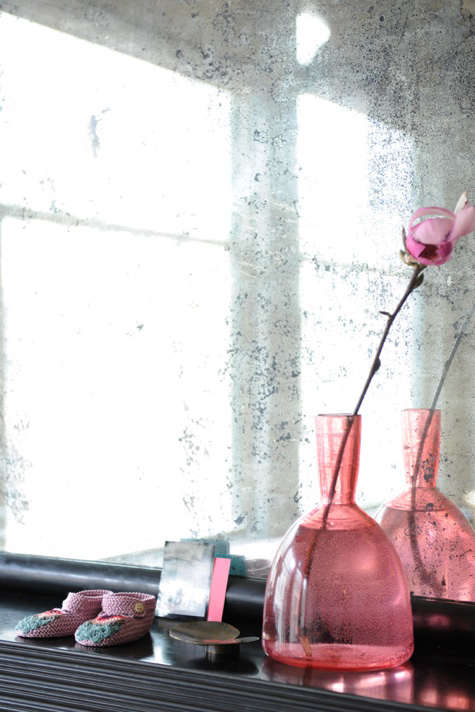 Above: On the mantle, a pink vase from Ochre and a pair of hand-crocheted baby booties.

Above: A painting by Geri Ledbetter hangs over a fumed oak table with cast bronze base from Ochre.

Above: A pair of Niche Modern Stamen Pendants hangs over the kitchen island from Valcucine. Open metal shelving topped with slate adds a rustic touch. 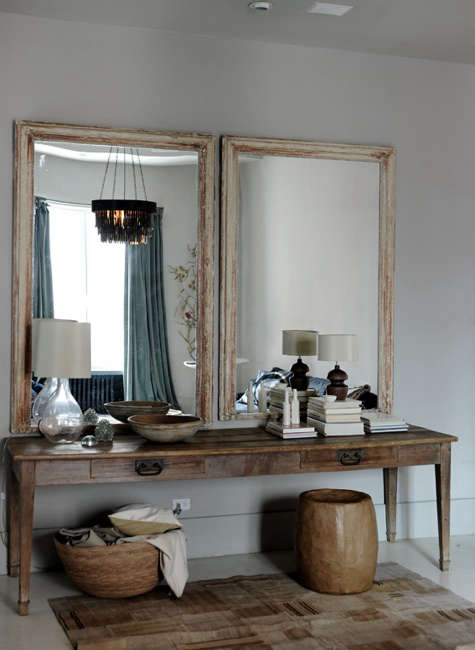 Above: A pair of antique mirrors hangs over a vintage farm table in the dressing area. 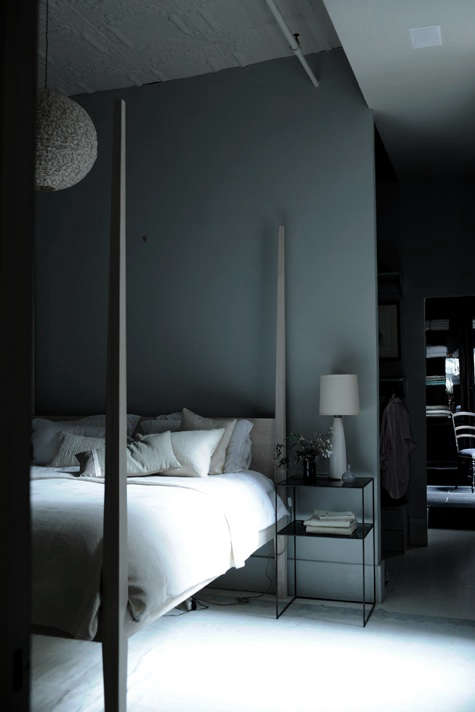 Above: A white ash bed from Canvas with mercury glass side table from Ochre. 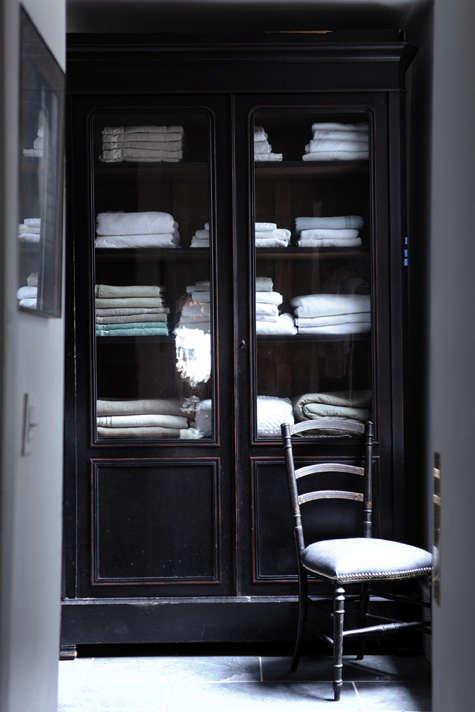 Above: A vintage linen cupboard from Les Puces de Paris.

Above: An antique mirror hangs over the freestanding tub. 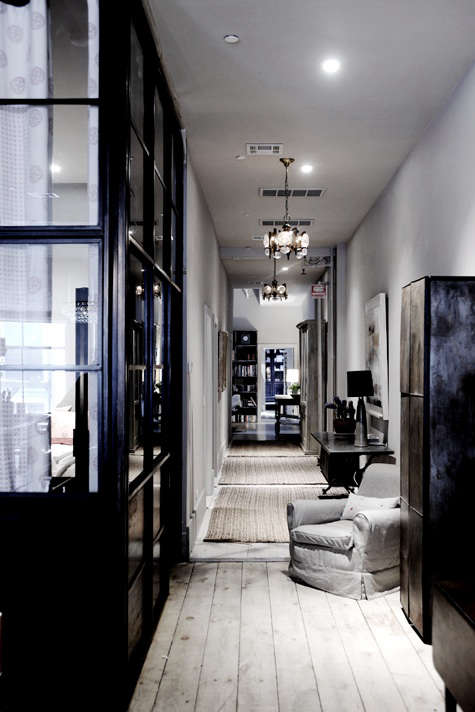 Above: A pair of 1960s Murano glass chandeliers illuminates the hallway. 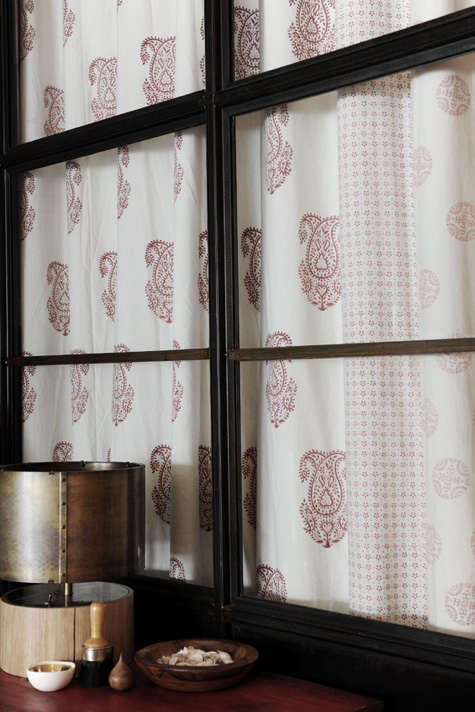