My perfect evening would consist of dining on new Nordic cuisine in the simple, honest interiors of Copenhagen's Restaurant Radio.

Self-professed "gastronomic entrepreneur" Claus Meyer has added another restaurant to his culinary empire, which includes Noma, the two-star Michelin restaurant where the new Nordic cuisine movement began, along with a vinegar brewery and several farms. Restaurant Radio is about high-quality seasonal ingredients from Meyer's farms, cooked by talented people with attitude, and served in a modern urban setting.

Collaborating with graphic designer Christina Meyer Bengtsson, the young Danish design firm HolmbackNordentoft have imbued the interiors with an equally local sensibility. "We have taken the essence of Nordic materials, and combined them in a distinct way to give the place its character," says Ulrik Nordentoft, 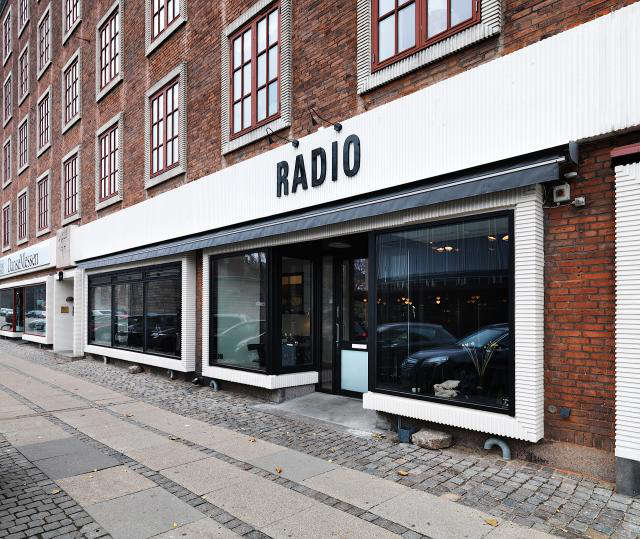 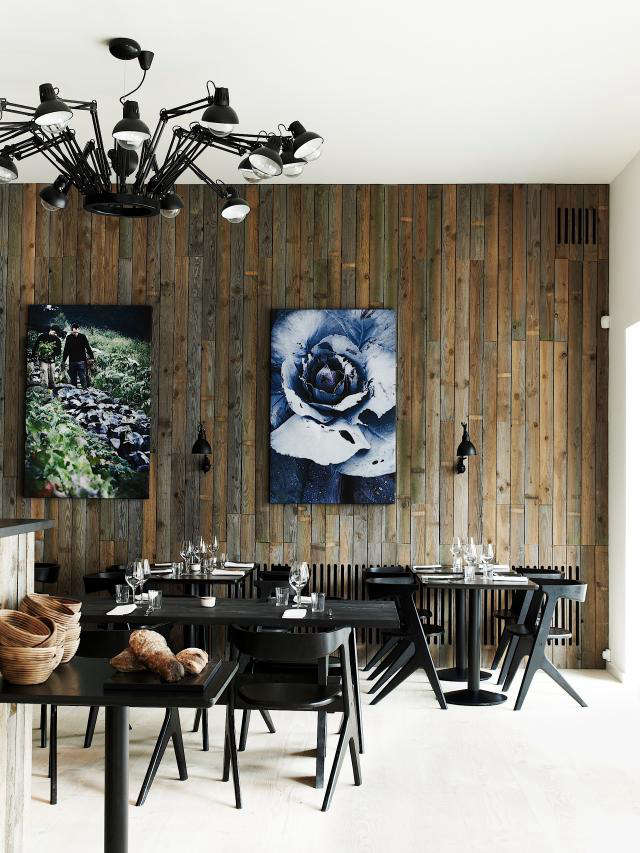 Above: A Moooi Chandelier hangs above two large photographic images of produce from the farms. Photo by Anders Schønnemann. 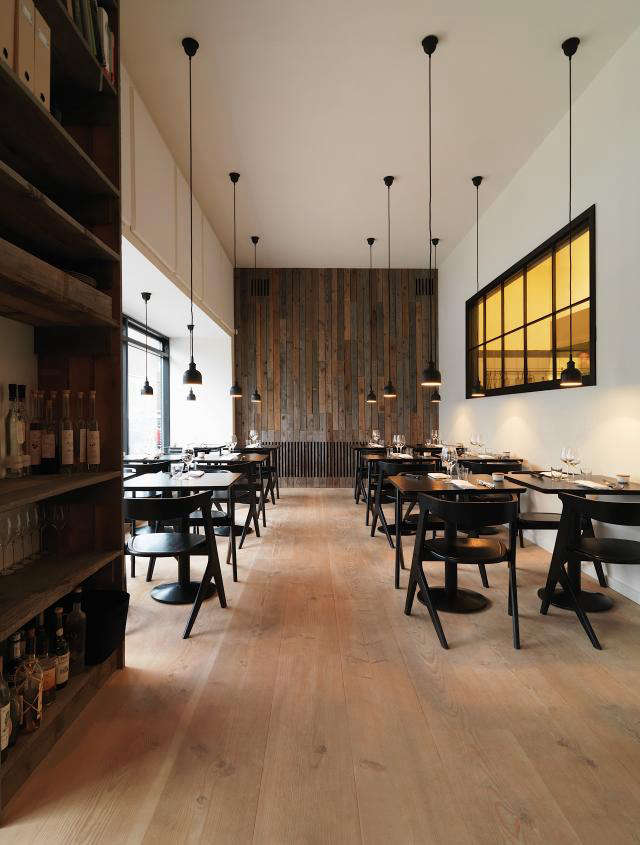 Above: The dining room is outfitted with Slab Chairs by Tom Dixon. The floor is Douglas fir, treated with white soap and lye, from Danish company Dinesen. Photograph by Anders Hviid. 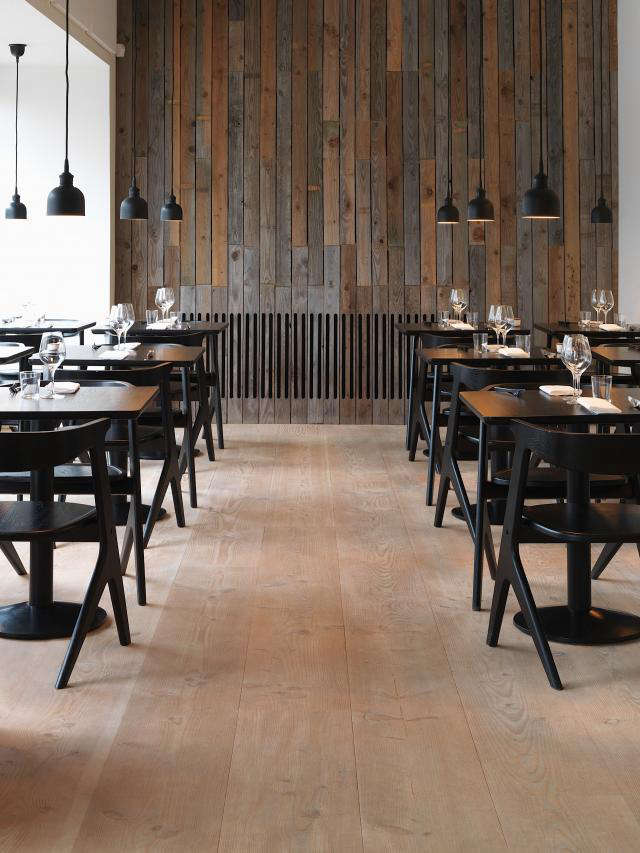 Above: The back wall is lined with weathered planks of reclaimed wood, which add a sense of warmth as well as provide sound absorption. Photograph by Anders Hviid. 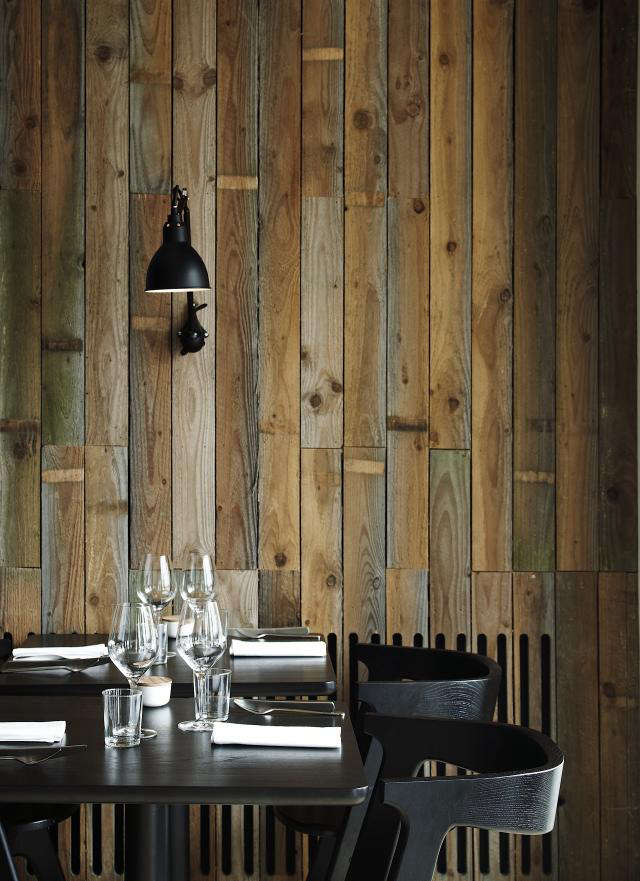 Above: The restaurant flatware is from the design firm Normann Copenhagen. Photo by Anders Schønnemann. 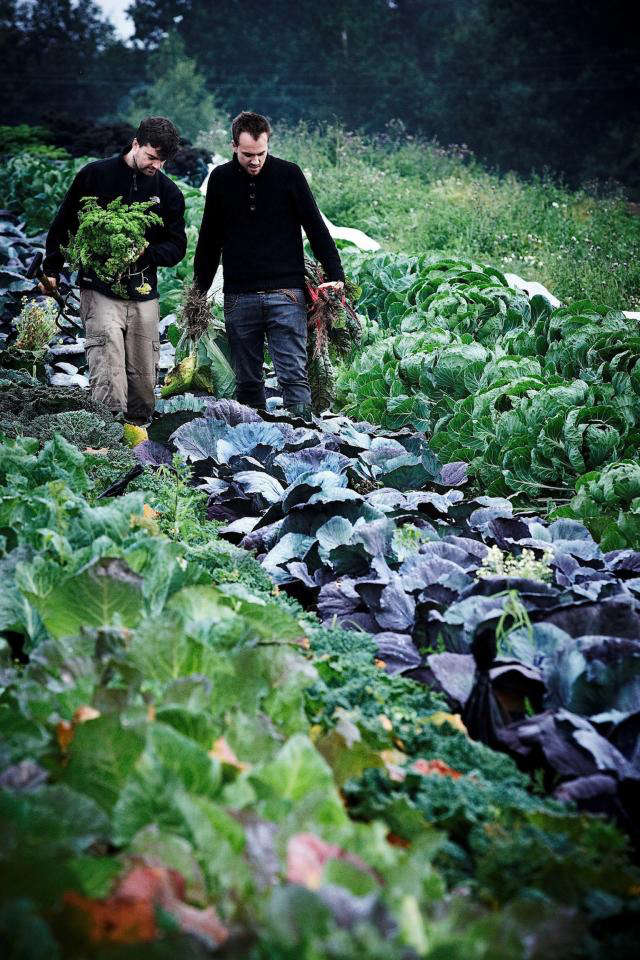 Above: Jesper Kirketerp and Rasmus Kliim, the talented chefs of Restaurant Radio, select the day's menu. Photo by Anders Schønnemann. 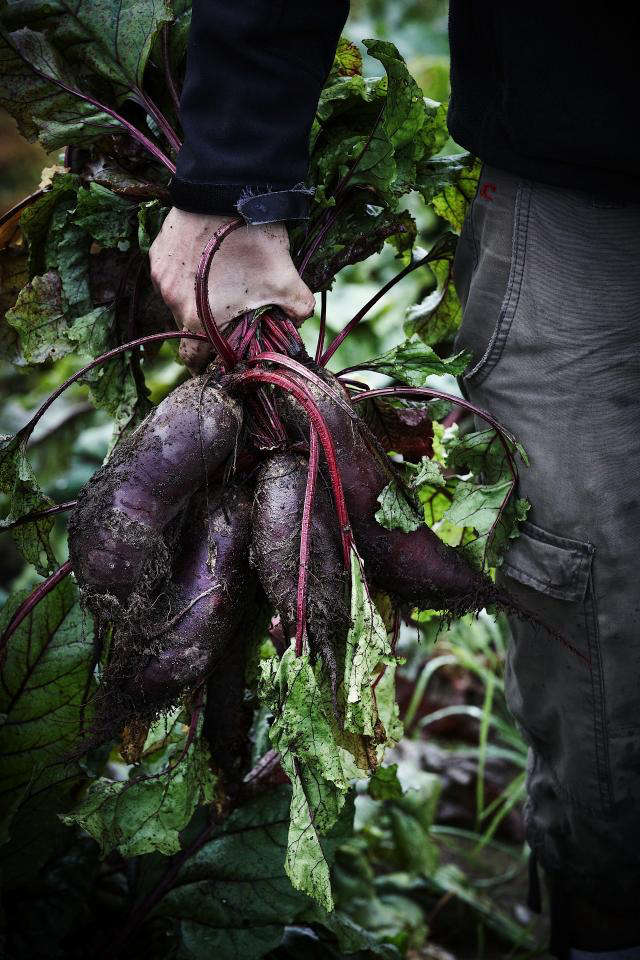 Above: Meyer believes that eating more vegetables and less meat is a precondition for health and a sustainable future, and refers to this attitude as "hedonistic sustainability." Photo by Anders Schønnemann. 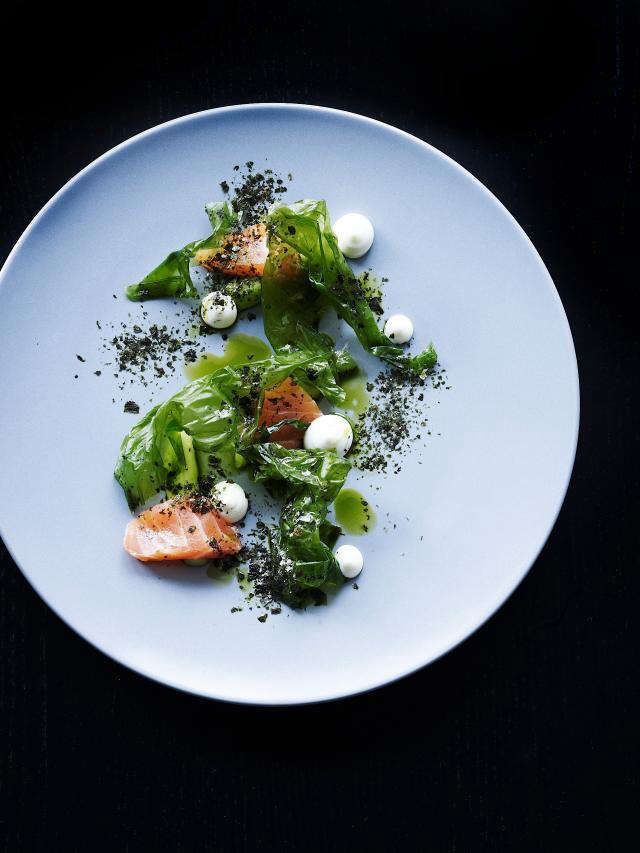 Above: The simple presentation of the food is consistent with the design ethos. Photo by Anders Schønnemann.