Located in Chelsea's art gallery district, a few blocks from the High Line, the just opened Hotel Americano (a parking garage in a former life) has been transformed by Mexico City-based architect Enrique Norton into a ten-story hotel for Mexico-based Groupo Habita. Paris-based interior designer Arnaud Montigny (of the famed Colette store in Paris) orchestrated the interiors, which feature a muted palette and a streamlined vibe. Montigny, who has worked extensively in Japan, incorporated Eastern influences throughout the rooms and the dining areas: table linens from Fog Linen, washcloths from Imabari, and room service bento boxes. For urban cyclists, New York-made Bowery Lane bicycles are on offer. For more information, go to Hotel Americano. 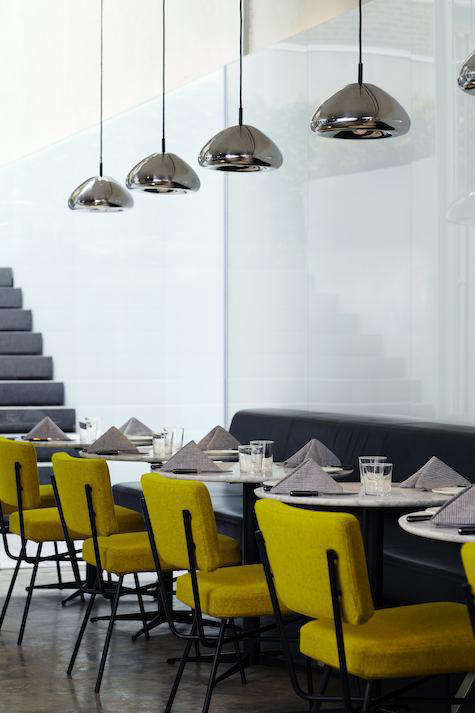 Above: Bright felt-covered dining chairs add a touch of color to the otherwise neutral dining room. 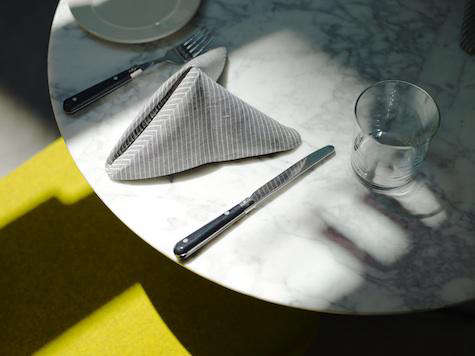 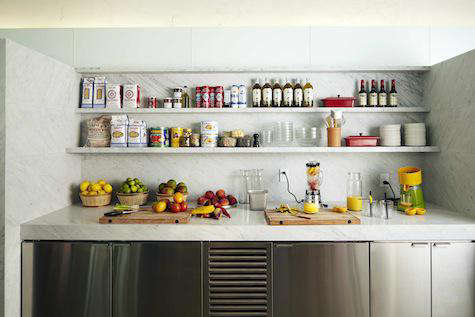 Above: The lobby coffee shop serves fresh juices and smoothies. 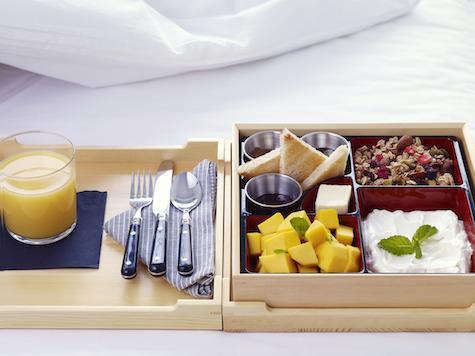 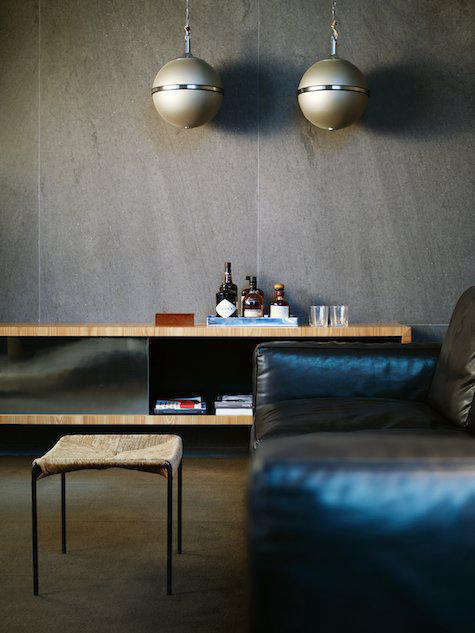 Above: A cocktail tray is available for guests in the sleek lobby. 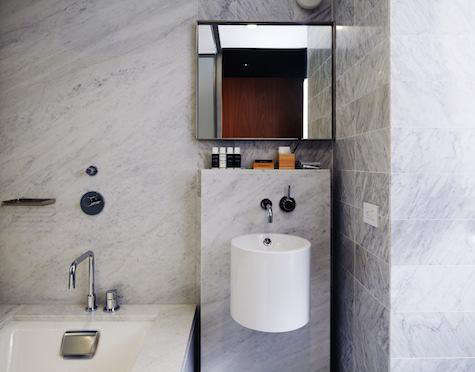 Above: Marble-clad bathrooms feature cylindrical sinks and amenities from Aesop. 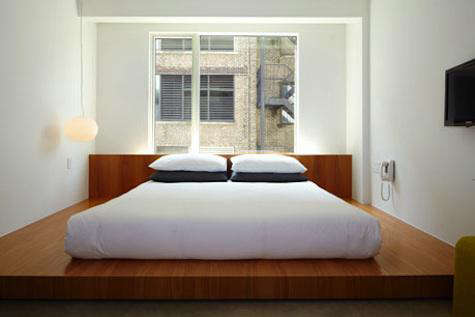 Above: Bedrooms feature "the feel of an urban ryokan, with wooden sleeping platforms, soaking tubs, and extensive use of natural materials." 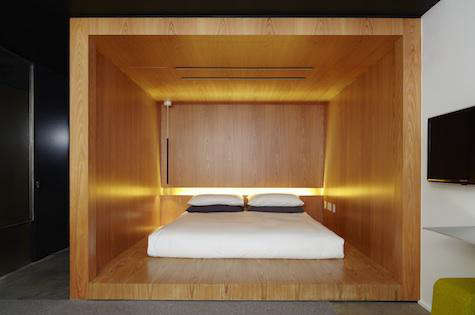 Above: A wood box sleeping platform. 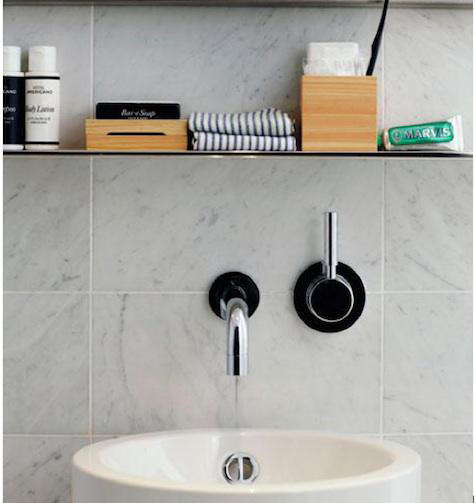 Above: Stacks of Japanese Imabari washcloths and hinoki wood soap dishes add a Japanese touch in the baths. 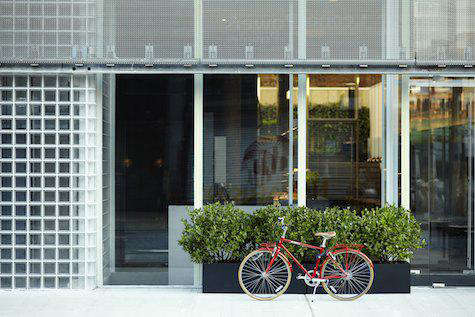 Above: Cycles from Bowery Lane Bicycles are on offer.

Art & Photography: The Makerie in London

Cucumbi: A Rustic Guest House in Portugal, Suited for Autumn