I can appreciate a good gadget every once and a while. And this year there seem to be some extra-interesting devices to get stoked on. Do I have to go sit on Santa’s lap to ask him for these, or would that be weird? 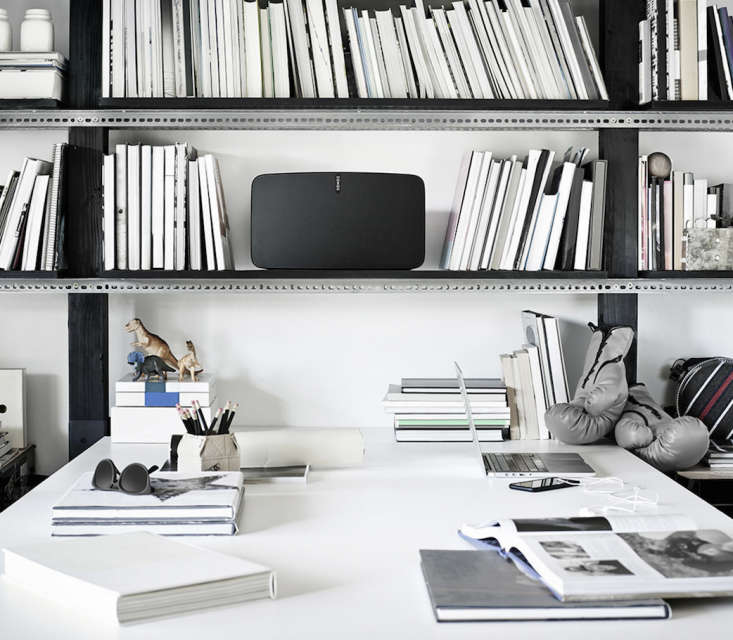 Above: Here’s one I went ahead and bought for myself recently. Sonos is an incredible home audio system that you can piece together depending on how much sound you need in your space. My wife and I? We’re both DJs and we need a lot: In our small apartment, we have five Sonos pieces–three small speakers (in our son’s bedroom, our bedroom, and the kitchen), plus a sound bar that sits under the TV and a sub, both in the living room.

They look nice enough (and other than the giant sub are fairly compact) and can be controlled by an app on your phone and computer. You can use your own music library, SoundCloud, Mixcloud, Amazon, Pandora, etc., and the system could not be more simple to operate. You can set it so all speakers are playing the same music or you can assign music (or TV sound) to specific speakers simply by checking a box on the app. Oh, and yes, the sound quality is impressive. A Sonos Two-Room Starter Set is $349. 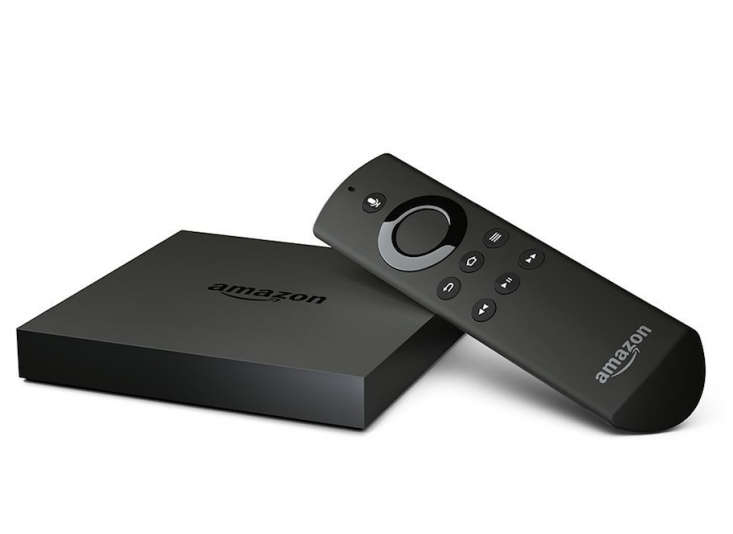 Above: Has the time finally come to eliminate cable bills? Through Amazon Fire TV, you have access to tons of channels for free, as well as the ability to pay for some premium channels. The only reason I still have cable is to watch the Knicks lose. With Amazon Fire TV, I can get Netflix, Amazon, HBO GO, and more, and also watch and record live TV. And I’ll only have to pay for channels I actually want. So I can still catch NBA games and the news, and hate-watch House Hunters on HGTV. A cool feature: You can also search using your voice, so you can say things such as “that movie with Bill Murray.”

There are quite a few systems on the market right now, but this one makes the most sense for me and my family. If you’re an Amazon Prime subscriber, you can access tons of movies, music, TV, and games for free. The Amazon Fire TV device also supports 4K Ultra HD for an extra-crispy picture (unlike its competitor Apple TV) and, at $99.99, it comes in at 50 percent less than Apple TV. 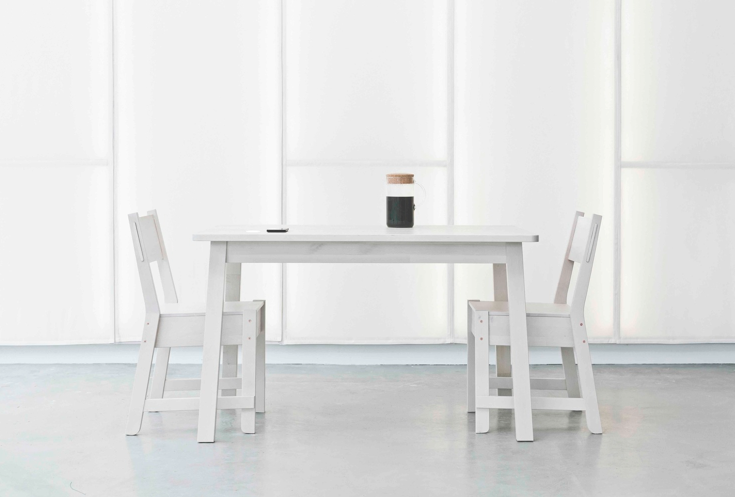 Above: Ikea has recently come up with a line of furniture and accessories with built-in phone chargers, including Riggad, a $79.99 desk lamp that I have my eye on: See it at Power to the People. Nice for either the desk or a bedside table, it has an adjustable head and arm, and can charge two devices since there’s also a USB port.

Also on the horizon: In a workshop at Ikea’s new Space10 ideas lab in Copenhagen, two grad student designers came up with Heat Harvest, a table (shown) that captures wasted heat from nearby object, such as coffeemakers and laptops, and converts it into reusable electricity. Soon we’ll all be charging our phones wirelessly at our kitchen tables. 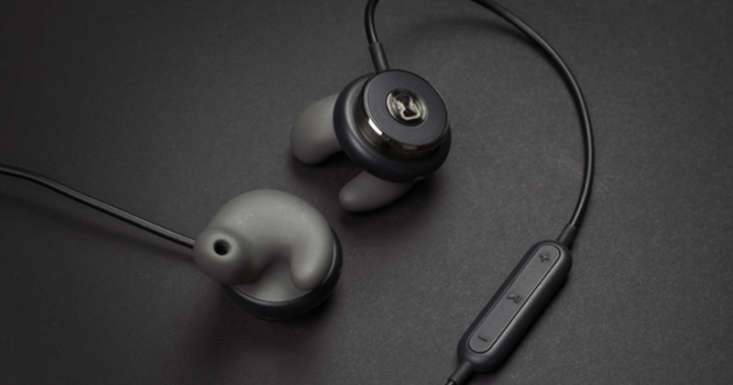 Above: I usually dislike earbuds because they never fit quite right; they fall out and don’t seem to offer sound quality that compares with over-the-ear headphones. But I’m really interested in giving Revols Custom-Fit Wireless Earphones a try for $199. Funded via Kickstarter, they reached their initial goal in seven hours, so I’m clearly not the only one in line for these. Revols created an app that you use to get the gel to mold to your ear. The kit comes with two sets of buds just in case you share them with someone else. The app also gives you the ability to control outside noise similar to a musician’s set of earplugs. 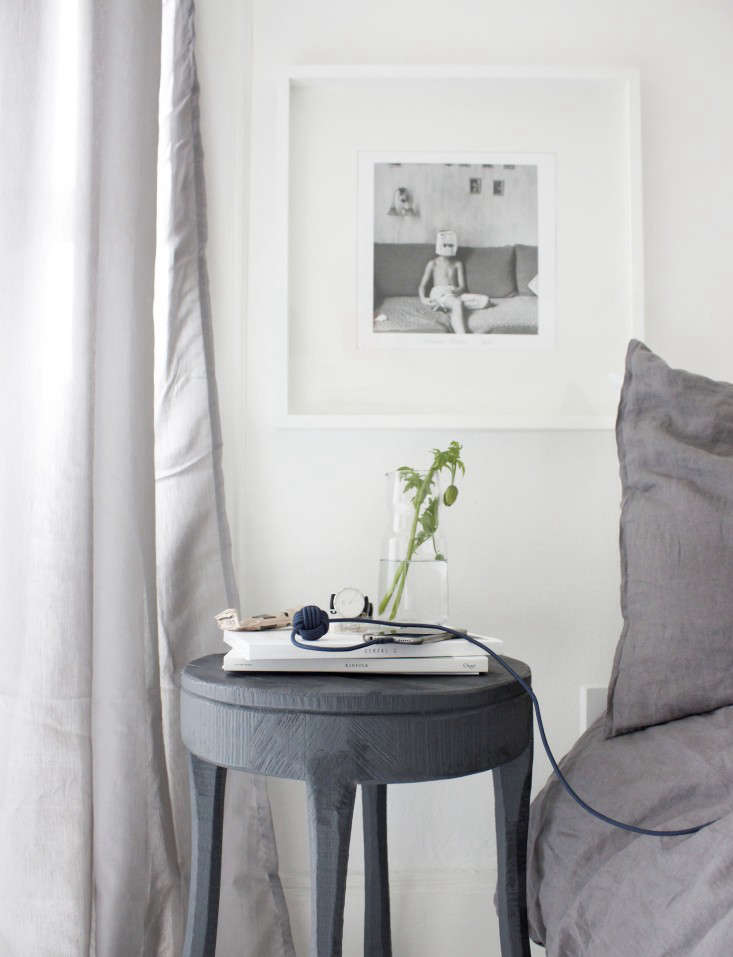 Above: This is just a great simple idea: Native Union’s Night Cable, $39.99, is a 10-foot-long, cloth-covered charging cord with a decorative knot that has a little weight to it, allowing you to put the cable down and have it stay in place. I look at my phone a ton while I lie in bed and this would be a great accessory–if only it could also prevent me from dropping my phone on my face while I’m reading. 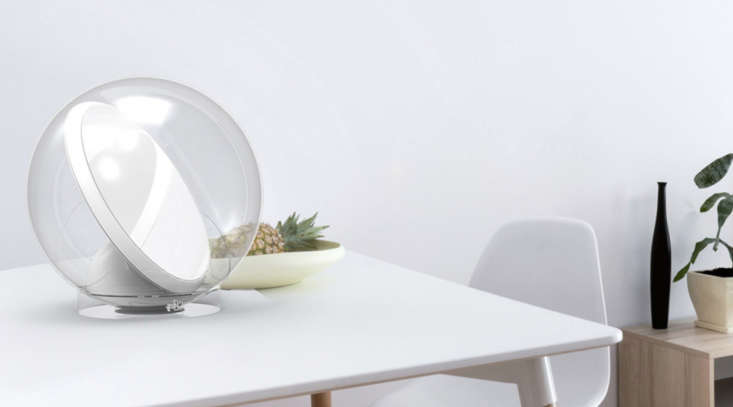 Above: Another design still in the preorder phase: Lucy is a lamp powered by solar energy that distributes natural light into your space. All you do is set her down in a naturally bright area during the day, and as the sun moves she follows while distributing sunny rays where you want them. I’ve lived in so many dark apartments where Lucy would be a godsend. She’s also wind- and waterproof–and wire free–so she can be used outside.

For more ideas from Myles, take a look at his Dream Sofas, DJ-Approved Home Stereo Equipment, and DIY: $65 Laundry Closet. And check out his design blog Myles Henry.

Looking Ahead: New Calendars for 2016