Currently admiring: the interiors of Fedtegreven Bistro Bodega, orchestrated by emerging Copenhagen design stars Frama Studio (we’ve been admiring their work for a while now; see Moody Blues: At Home with Frama Studio in Copenhagen). Frama did a complete overhaul of the interiors, stripping the space back to its raw state and deploying pieces from the studio throughout. Join us for a tour: 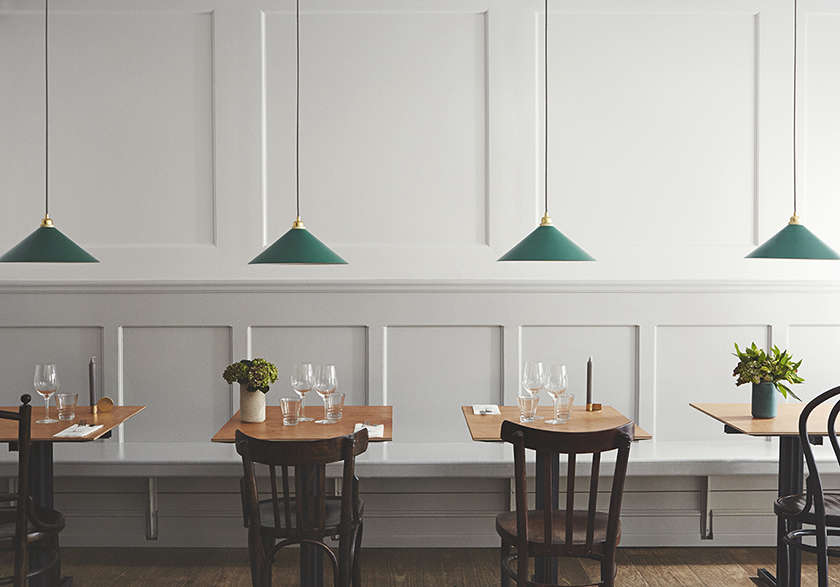 Above: A row of Geometric Cone Shades hovers over the bistro tables. 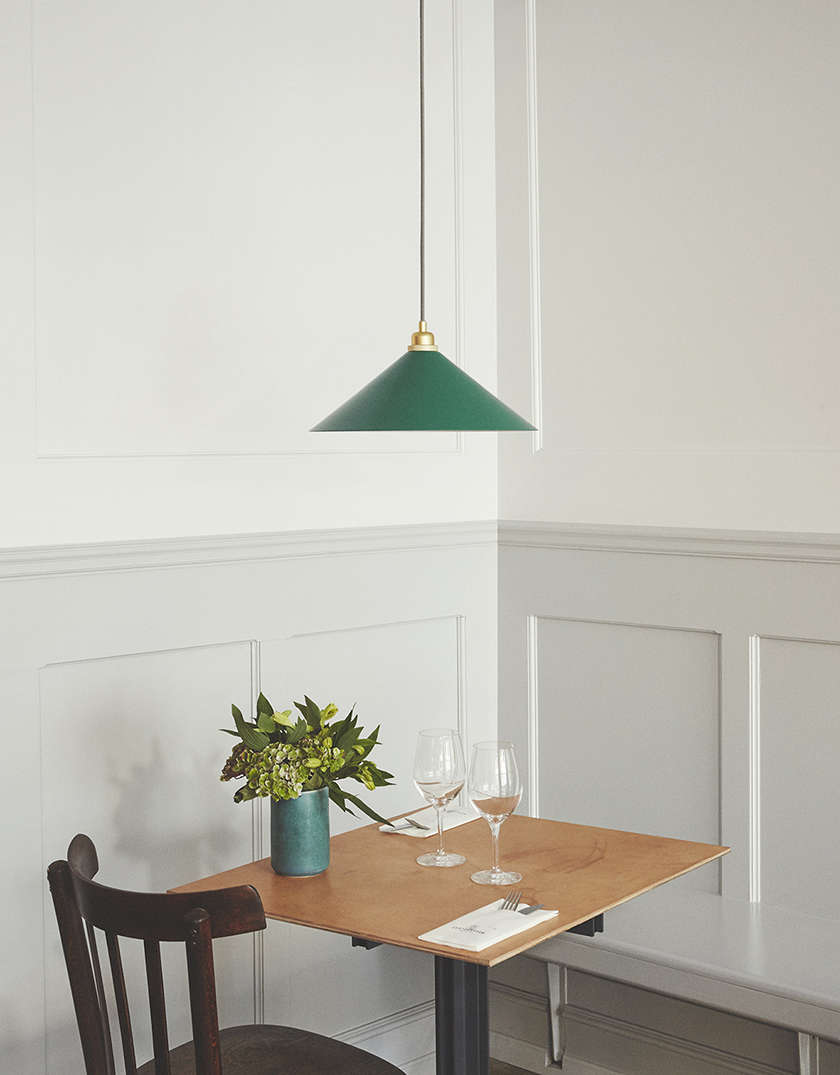 Above: A simple table setting. 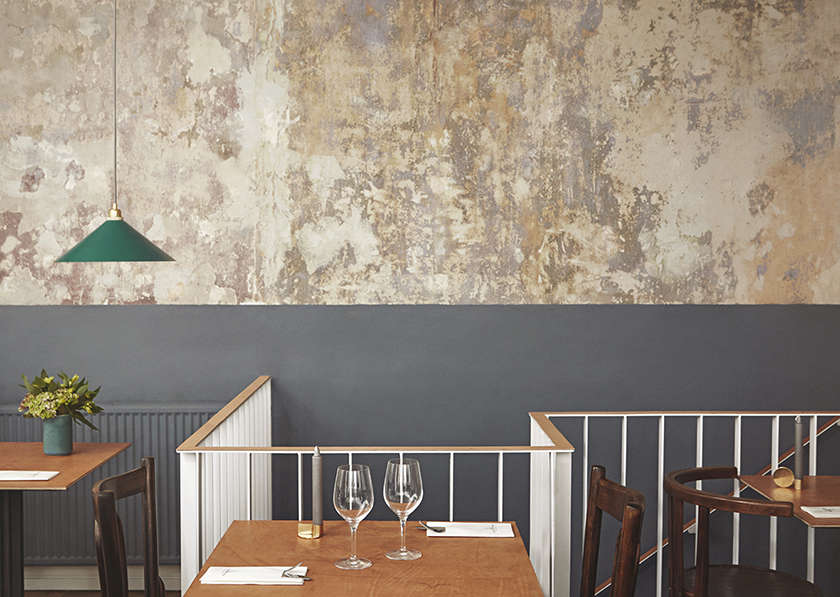 Above: Frama used their proprietary St. Paul’s Blue shade for Jotun (seen here on the half painted wall), throughout the project, 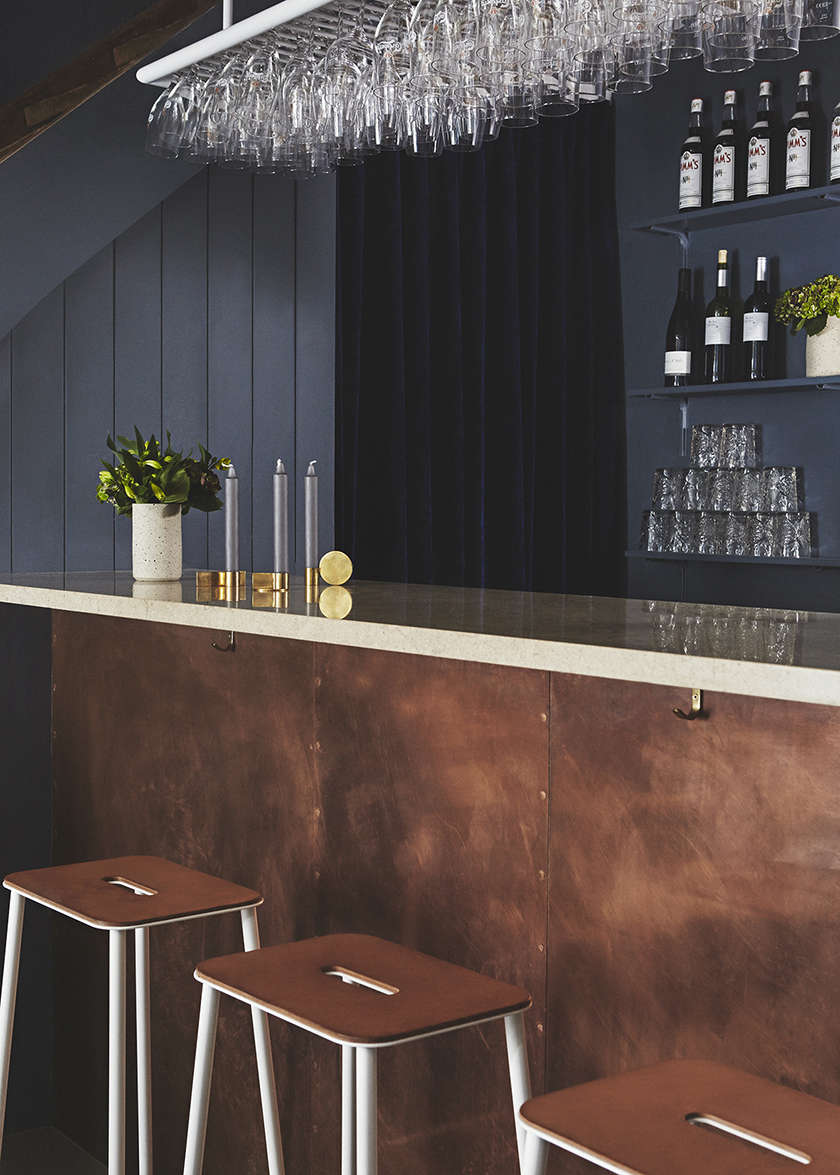 Above: The bar is faced in copper and the walls are painted in Frama’s St. Paul’s blue. 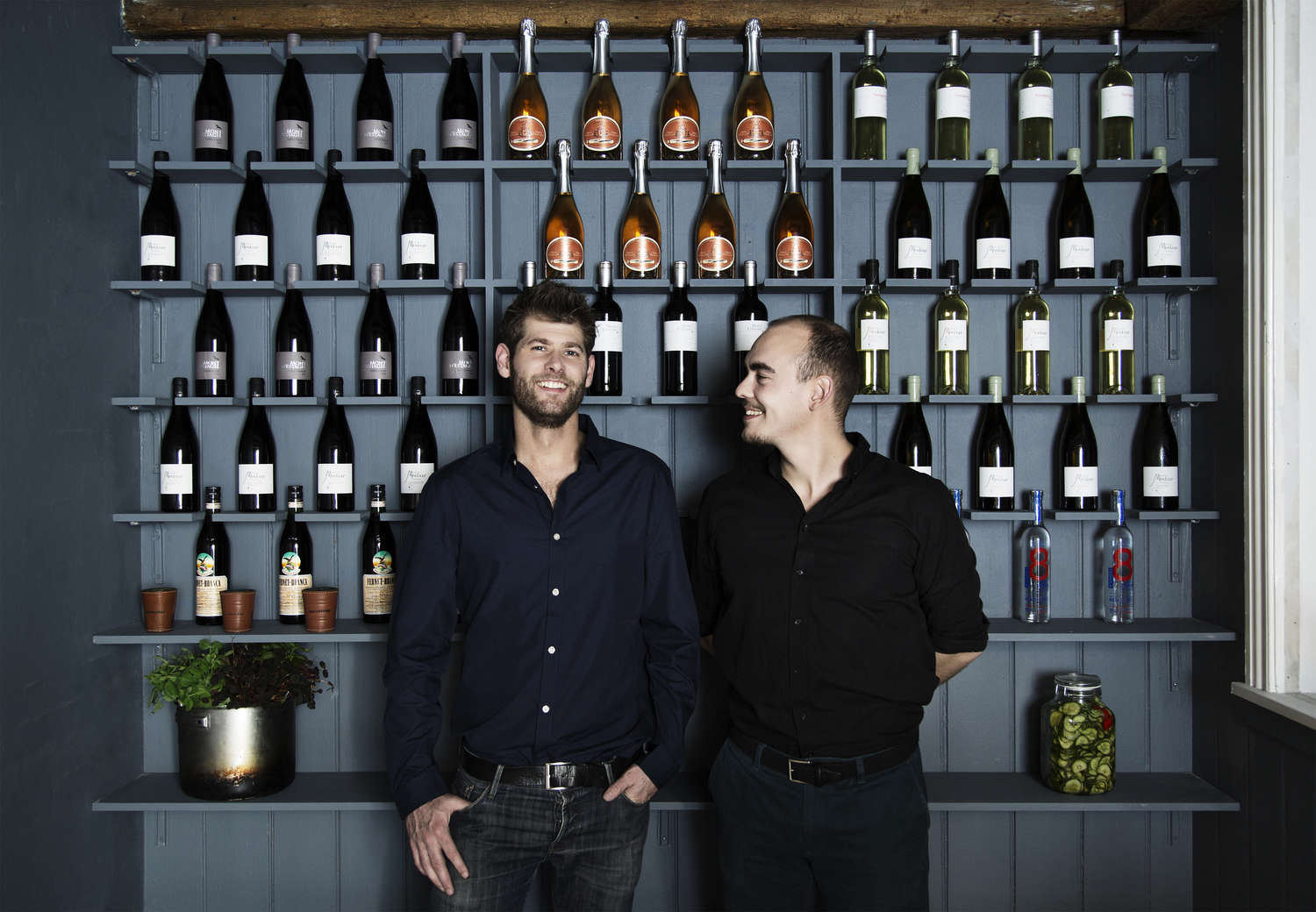 Above: Friends and owners Joakim Siefert and Steffan Paaskesen at their establishment.

See another Frama project at Kitchen of the Week: Frama Studio Kitchen.

Trending on Gardenista: In the Night Garden