Ever since I spotted this garden in the sky on Design Milk, I've been dreaming about a test tube chandelier from Polish designer (and Etsy seller) Pani Jurek.

Jurek graduated from the Academy of Fine Arts in Warsaw in 2007 and has a particular interest in lighting; for this project, she used two circular bands of plywood, 96 test tubes, and a ceramic socket. "The double glass cylinder recalls Art Deco forms in a contemporary way," Jurek says. "And the use of ready-made objects references the work of Duchamp. The tubes are detachable and the lamp provides the opportunity for visual experiment by creating a variety of configurations and arrangements." 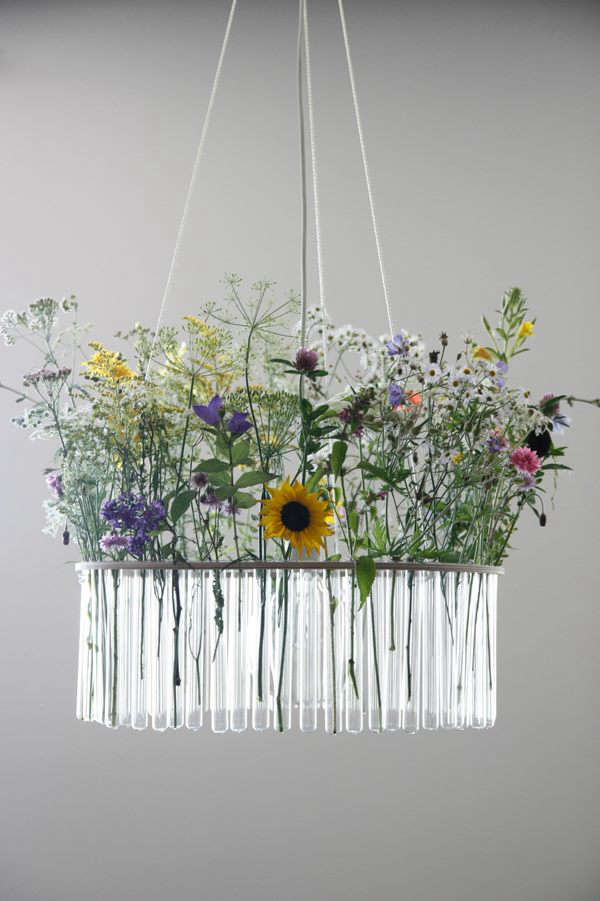 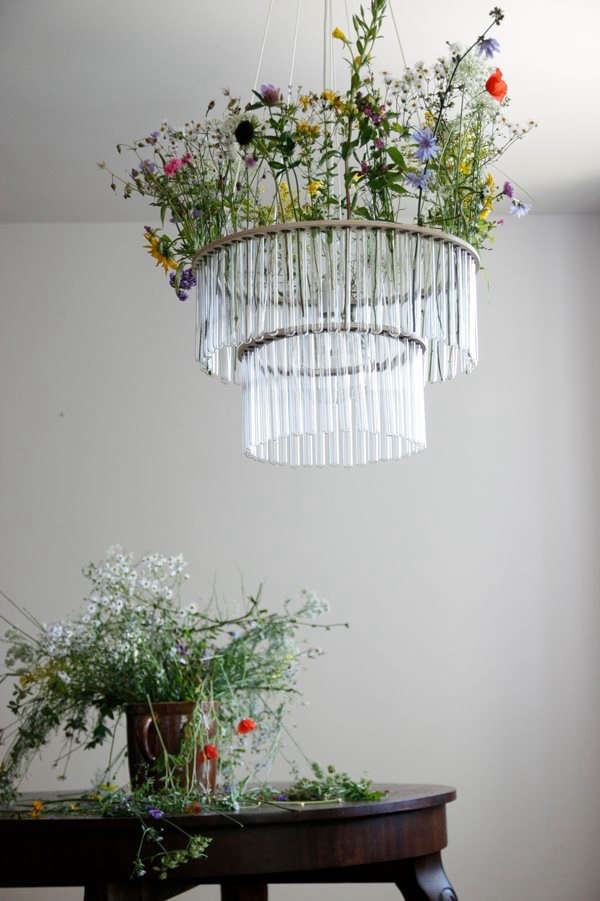 Above: Another view of my imaginary meadow. A two-tier Maria SC Double Test Tubes Chandelier is $245 on Etsy. 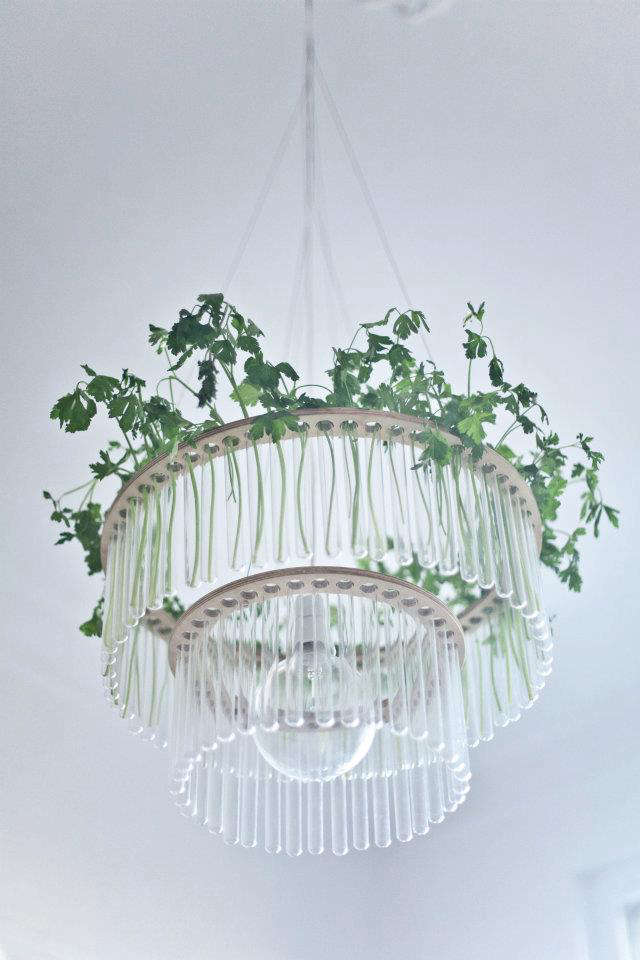 Above: Create an aerial herb garden using parsley from the green grocers. 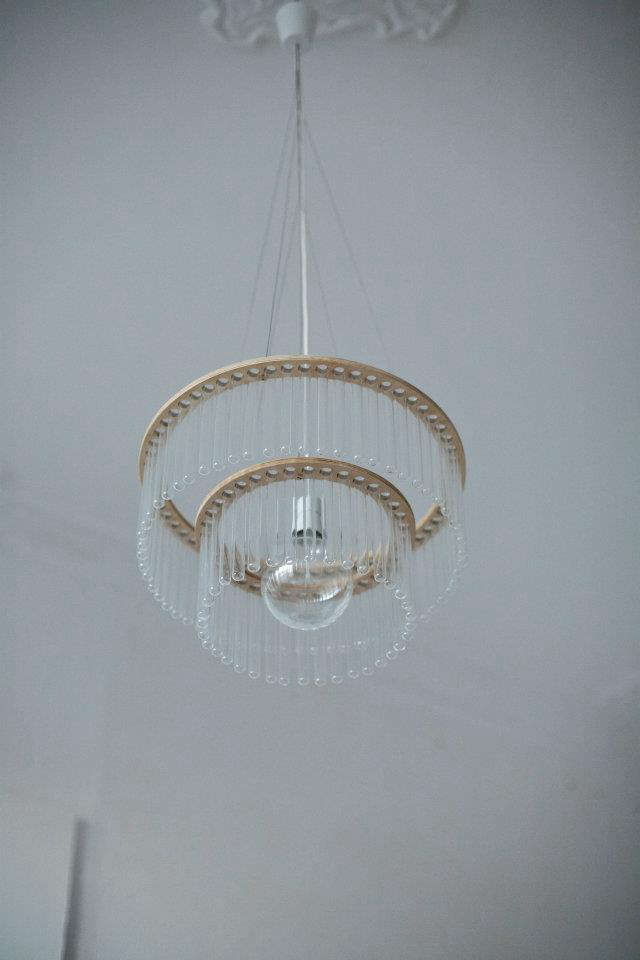 Above: Pay tribute to Polish chemist and Nobel Prize winner Marie Curie by highlighting the test tubes in all their simplicity. A set of 20 replacement Test Tubes is $12 on Etsy.

For more gardens suspended from a ceiling, see 10 Greenery-Draped Chandeliers.

This is an update of a post originally published April 24, 2012.

Urban Gardener: A Greenhouse for Your Balcony