This past December, during our Remodelista SF Holiday Market, we were chatting with potter Sarah Kersten about countertop compost pots. “I use a storage jar from East Fork Pottery,” she told us, which piqued our interest. A quick Google search later we were even more intrigued; it turns out East Fork Pottery is the brainchild of Alex Matisse, the great-grandson of Henri Matisse and the step-grandson of Marcel Duchamp. Matisse founded the pottery with his wife, Connie, in 2010; here’s the story:

Photography by Tim Robison, courtesy of East Fork Pottery, except where noted. 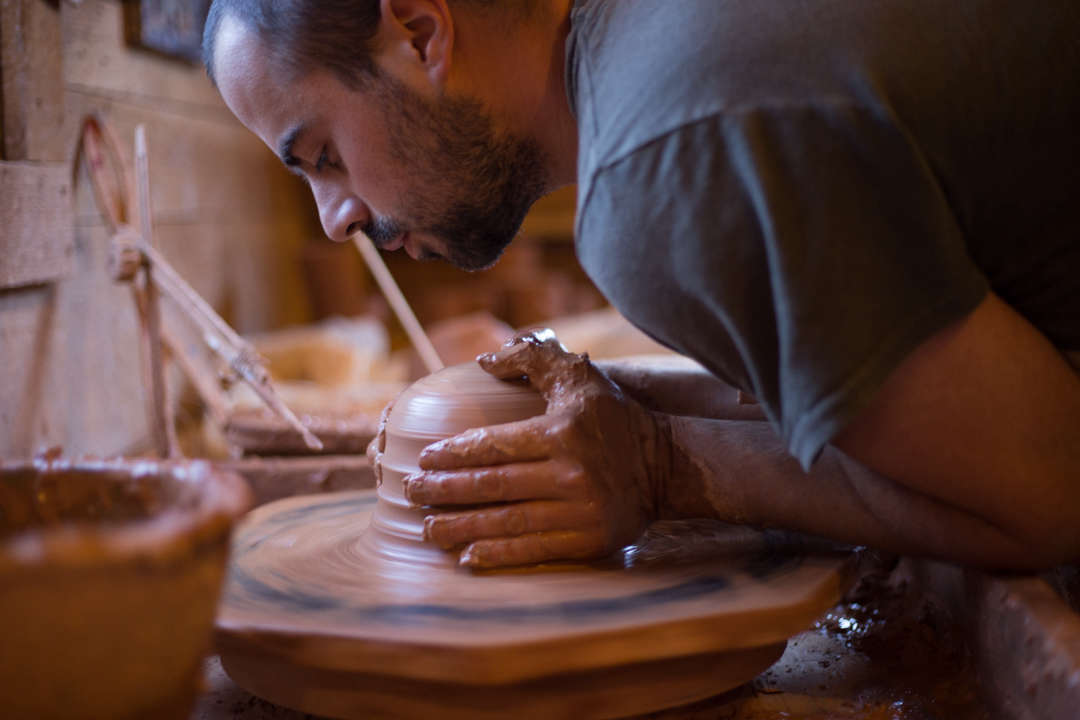 Above: The ceramicist Alex Matisse at work. “I have been making things out of clay with some seriousness since the 7th grade,” he says. “In the beginning I made mostly masks that had long sad faces.” Years later, after finishing his apprenticeships, he built a kiln on the edge of a tobacco field near Asheville, North Carolina. “There is a lifetime of challenges to explore with clay,” he says. Photograph by Connie Matisse. 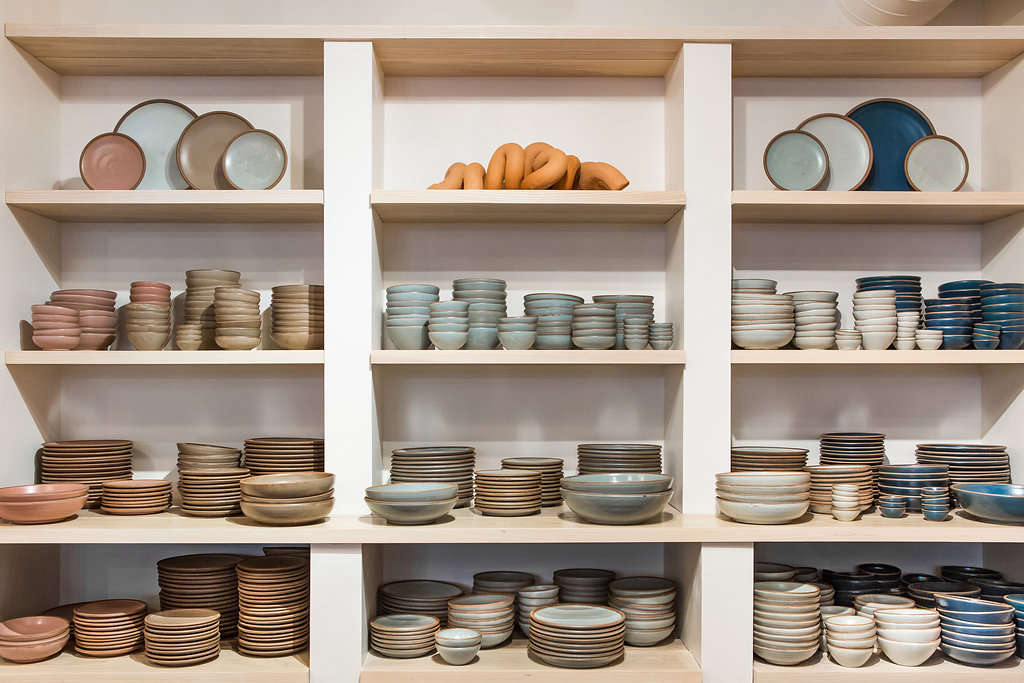 Above: With a small group of potters and a brick and mortar shop in Asheville, Matisse and his business partner train the makers at East Fork to “know the exact weights of each pot we have designed and throw each form to the millimeter.” The collection is simple, unadorned, and streamlined; surprisingly, every piece is thrown by hand. 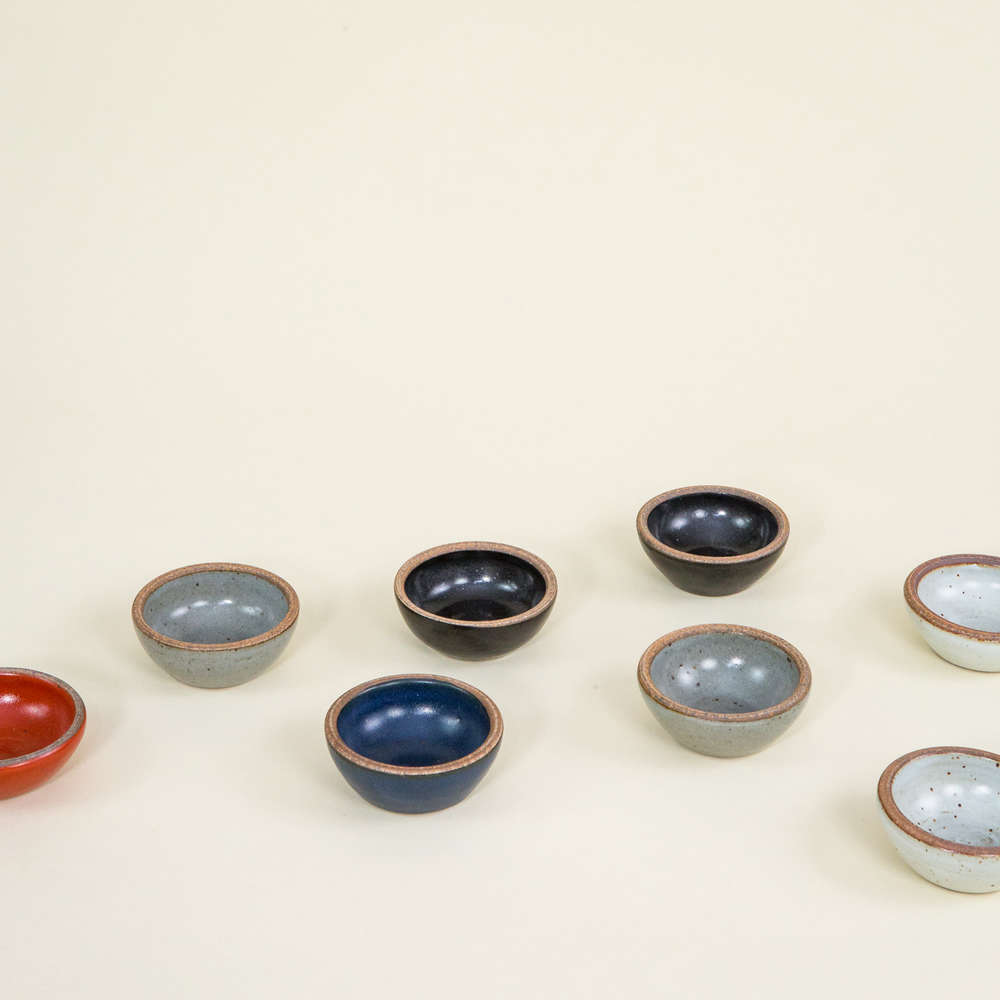 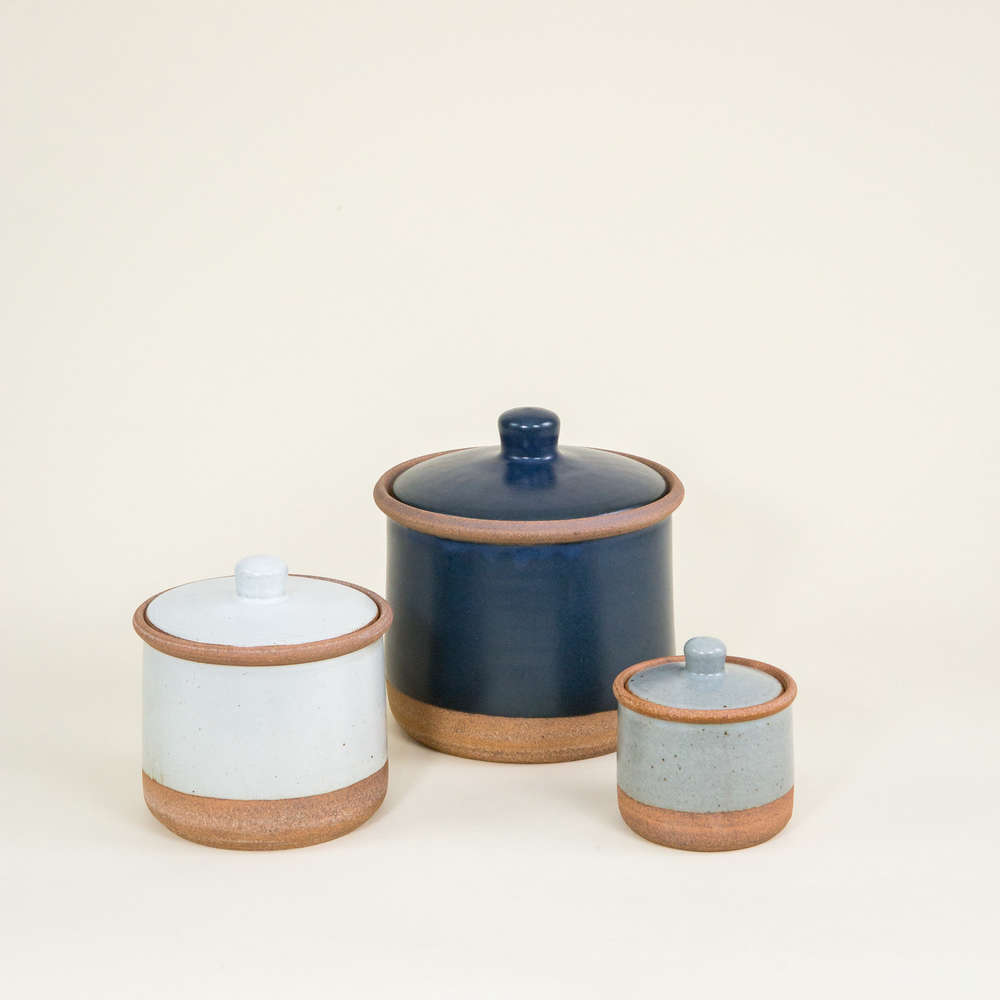 Above: “Proficiency comes from repetitions,” Matisse says. “Where some potters might throw, say, 10 mugs in a ‘run’ before moving on to another form, we’ll throw 200. This style of throwing allows the potter to get into a flow, the pots coming off the wheel with ease, grace, and consistency.” The pieces are available in seven colorways. Seen here: Storage jars are partly glazed and left partly bare ($42 for the small size). 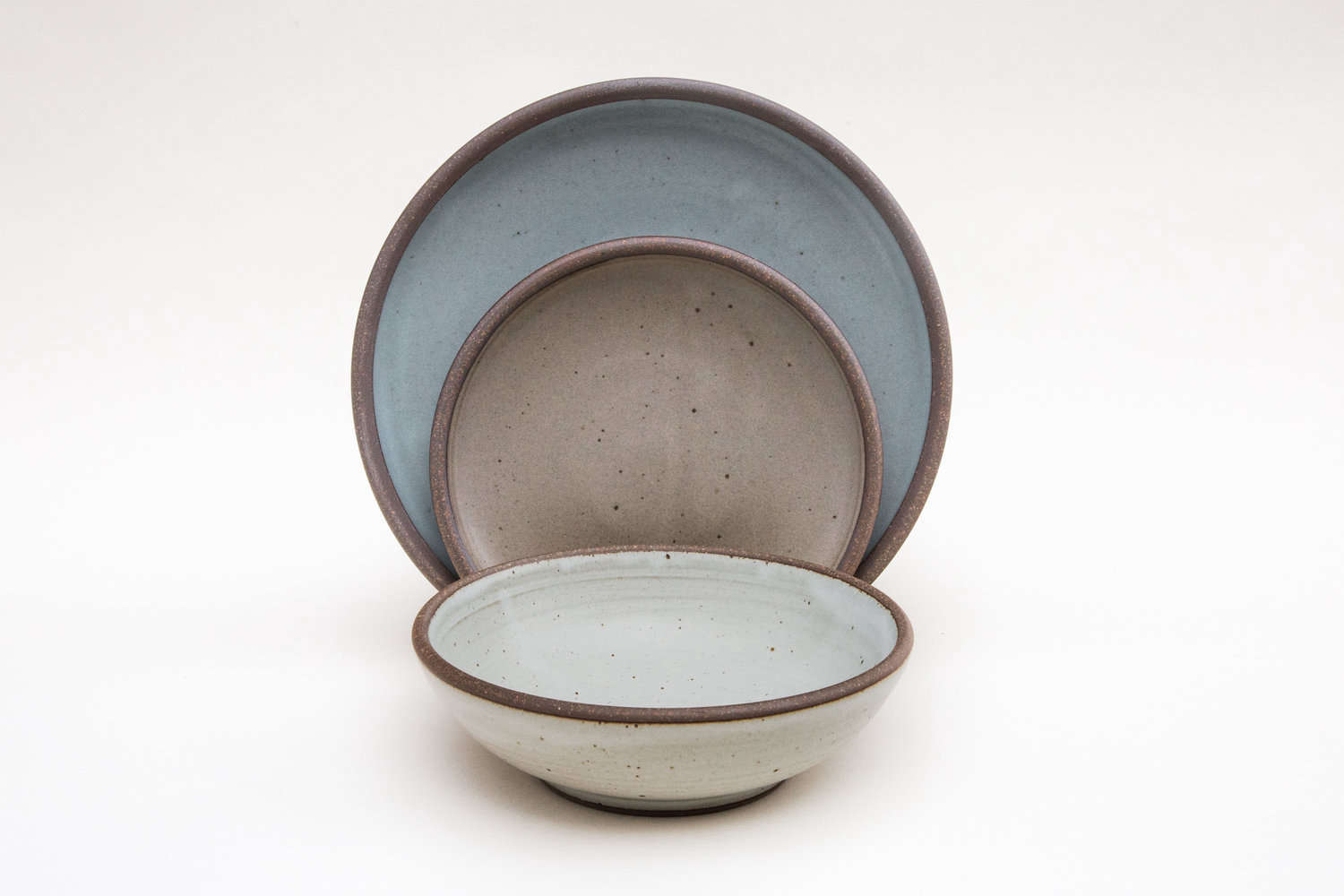 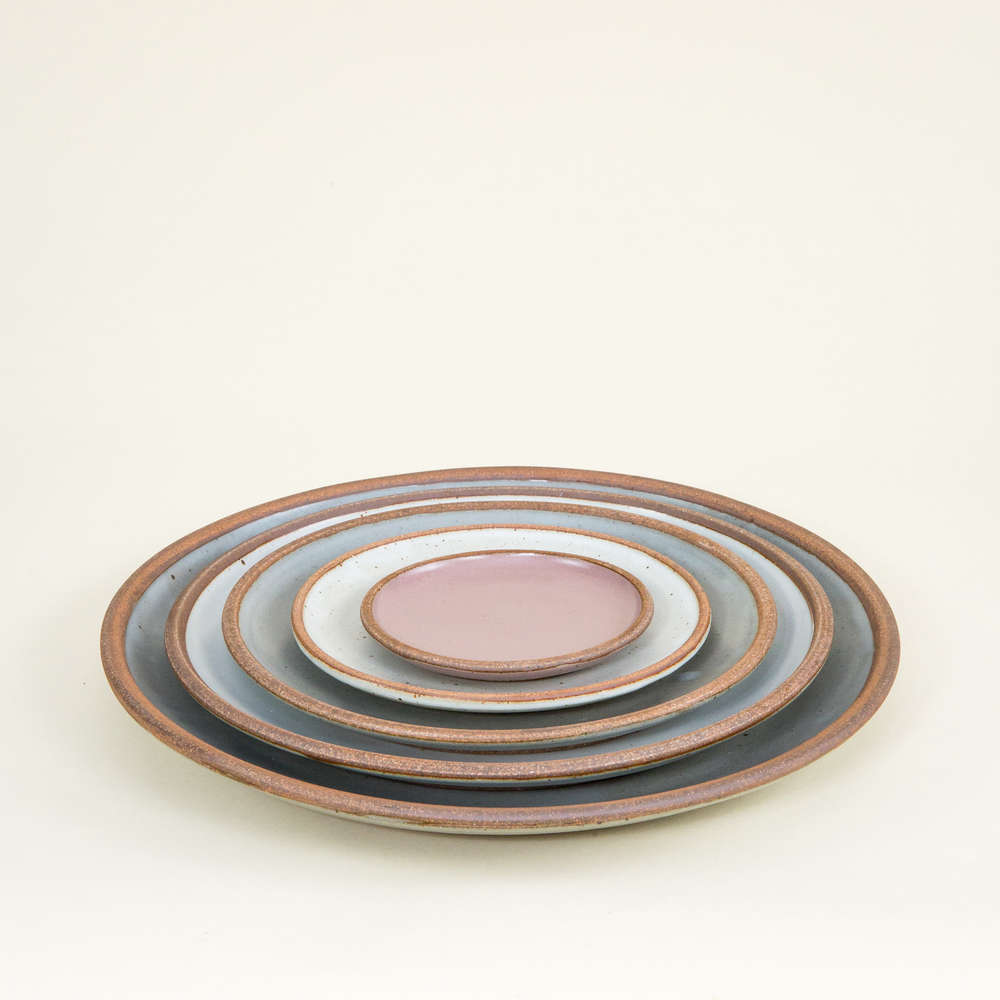 Above: Another key to artisan-made pieces that look utilitarian: a gas-fired kiln. “In the beginning, pots made at East Fork were fired exclusively with wood,” Matisse says. “Ash and salt collects on the surface of the pots throughout the firing, creating a surface quality that is deep, dynamic, and often mysterious.” But the process is intense: “Making enough work to fill the six-foot-high, 35-feet-long kiln takes about two months. Preparing the wood and getting the kiln ready to fire is another two weeks. Loading the pots into the kiln is another week; firing the kiln takes four days, with someone stoking the hearth 24 hours a day.”

In contrast, with a Blaauw gas kiln the whole process takes 18 hours and produces a more uniform effect. The new technique allows the couple to keep up with the demand for their dinnerware, which is now on tables in over a dozen restaurants.

A charger (seen here stacked with other plates) is $145. 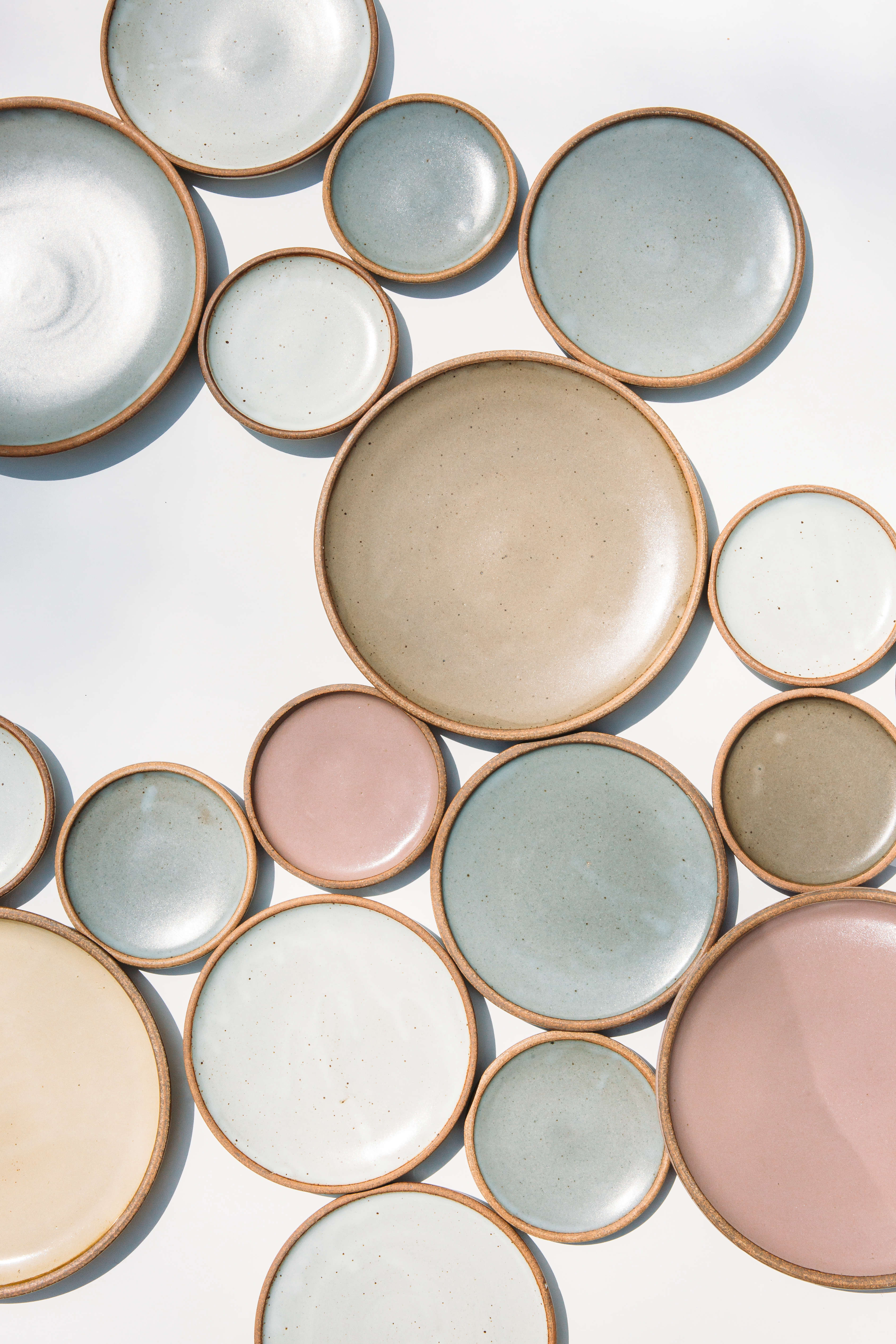 Above: A collection of plates with East Fork’s signature unglazed rim. 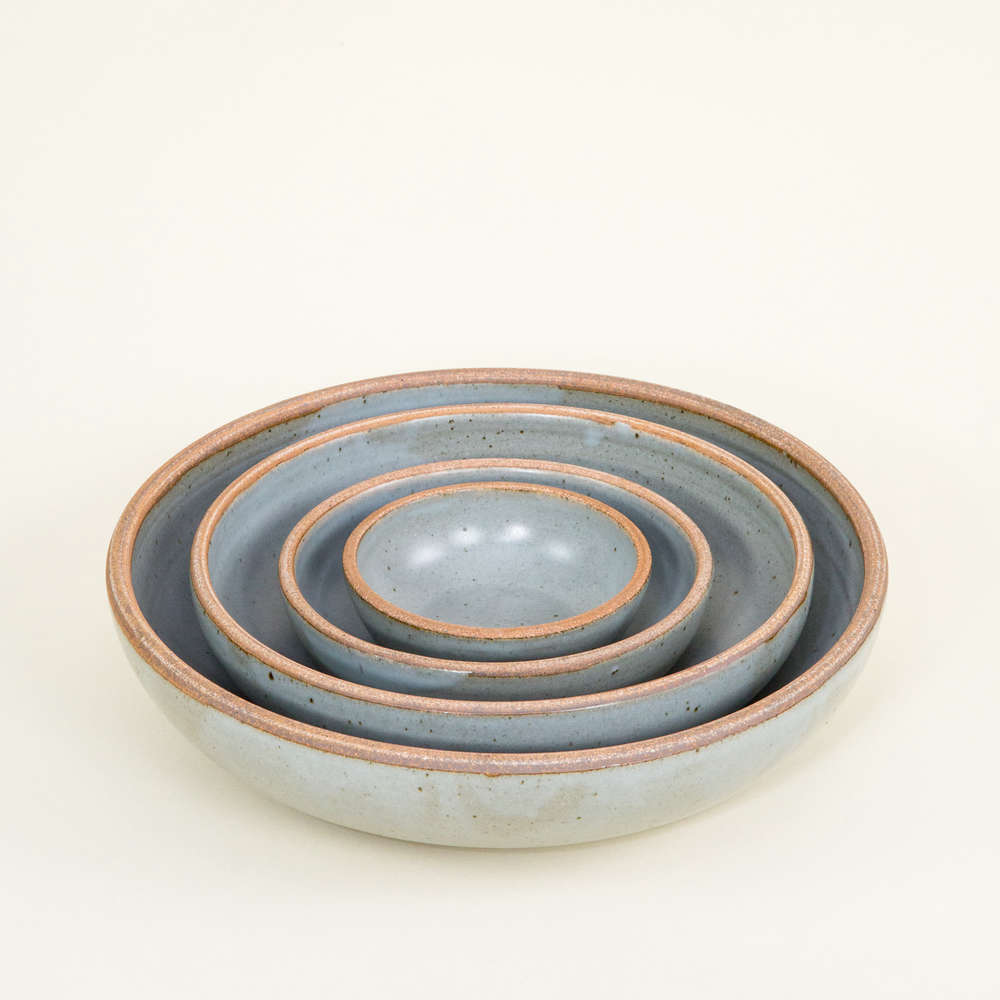 Above: A stack of hand-thrown bowls including a shallow soup and salad bowl ($44). 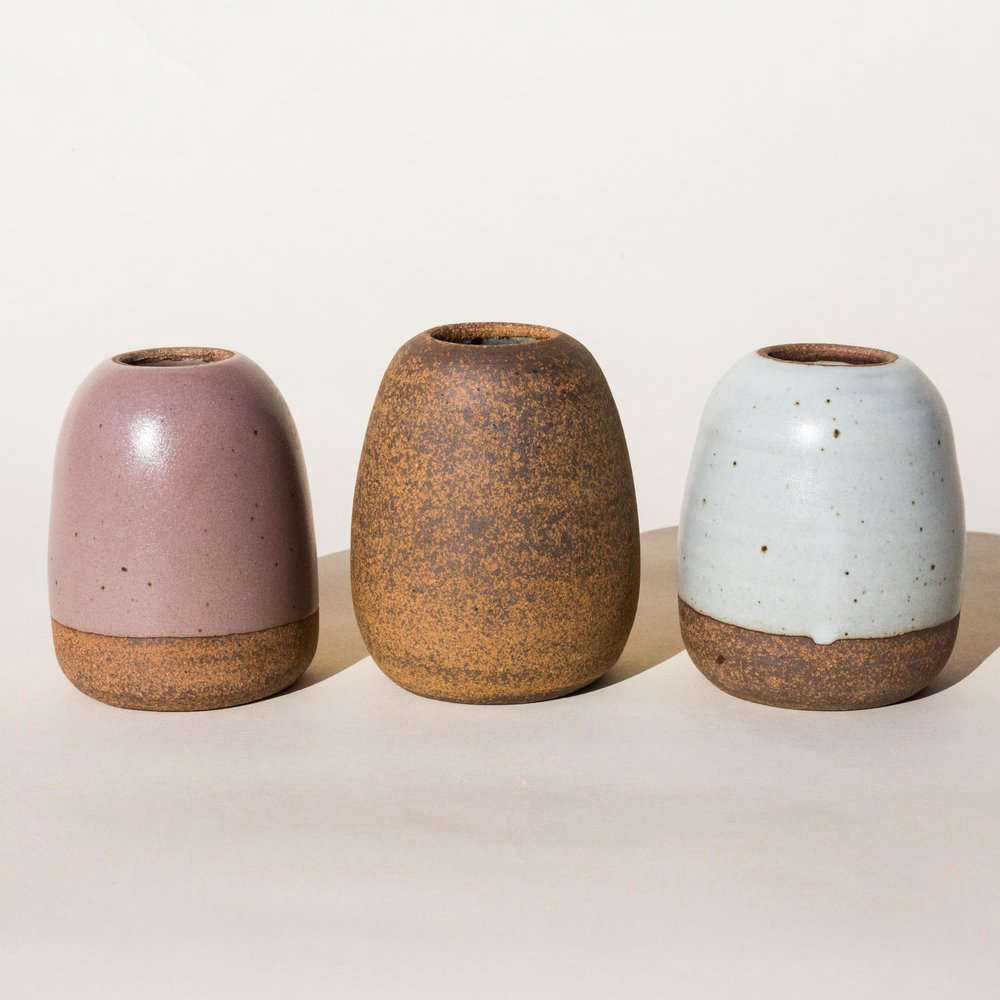 Above: Small bud vases are available as a trio for $79.

Alex Matisse is conscious of his artistic lineage playing out in his work. “There was an intensity that [Henri] Matisse took to everything he touched,” he says. “Art was his life and everything thing else came second, including his family,” but the younger Matisse tries to “temper” that, particularly with a family and a business to run. “When people ask what I really got from that amazing lineage that is what I say: drive and intensity and a dose of lunacy!” That, and a sensibility for art in the everyday. 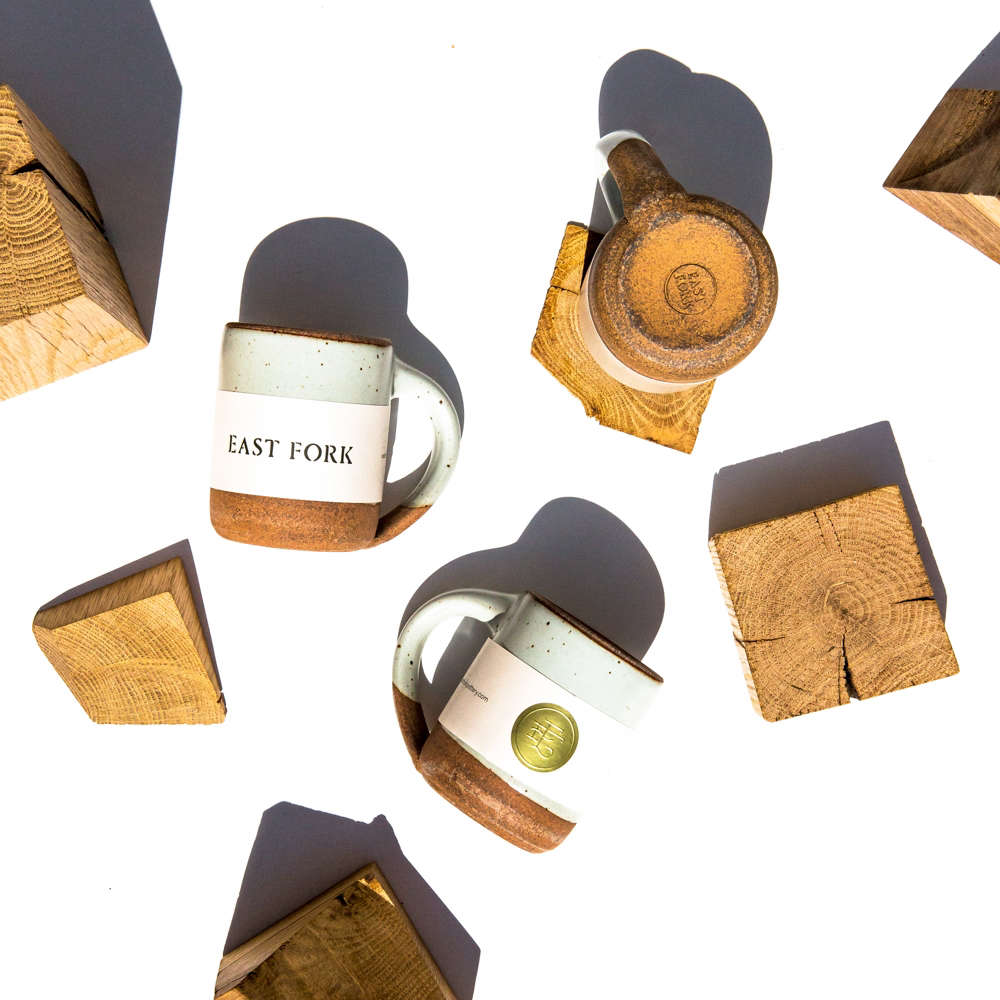 Above: The classic East Fork Mug comes wrapped in a paper band that tells the story of the studio ($36 each, currently sold out).

Wood-Fired in a Scottish Forest: Ceramics by Nancy Fuller