Spotted (and admired) in the showroom of Chairloom in Philadelphia: rough-hewn factory floors embellished with dramatic stencils. Read on to discover how to achieve a similar look.

Chairloom founders Tracy Jenkins and Molly Andrews believe in second chances. If it works for their furniture (they specialize in resuscitating old pieces), it also seems to work for the beat-up floor they found in their new showroom space. Rather than sanding the character out of the floor, they took an additive approach and asked their friend Ilene Pearlman to come in and cover the 1,000-square-foot space with dramatic stencils, proving that everything deserves a second chance. 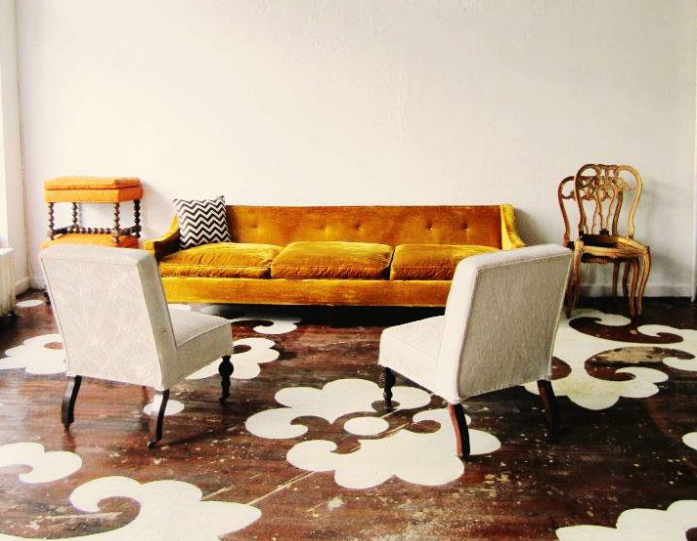 Above: Ilene Pearlman’s stencils create a dramatic background for both the finished refurbished pieces as well as the as is pieces Chairloom holds in stock. 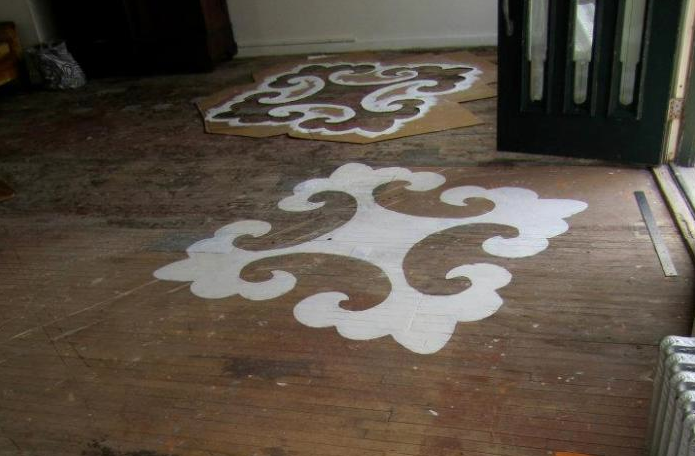 Above: Pearlman created a stencil out of large piece of corrugated cardboard which she found in a dumpster. Pearlman spent three days designing the stencil and preparing it by cutting it out and laminating the entire stencil with tape to keep it from absorbing moisture from the paint. From point to point, the stencil measures 5 feet. 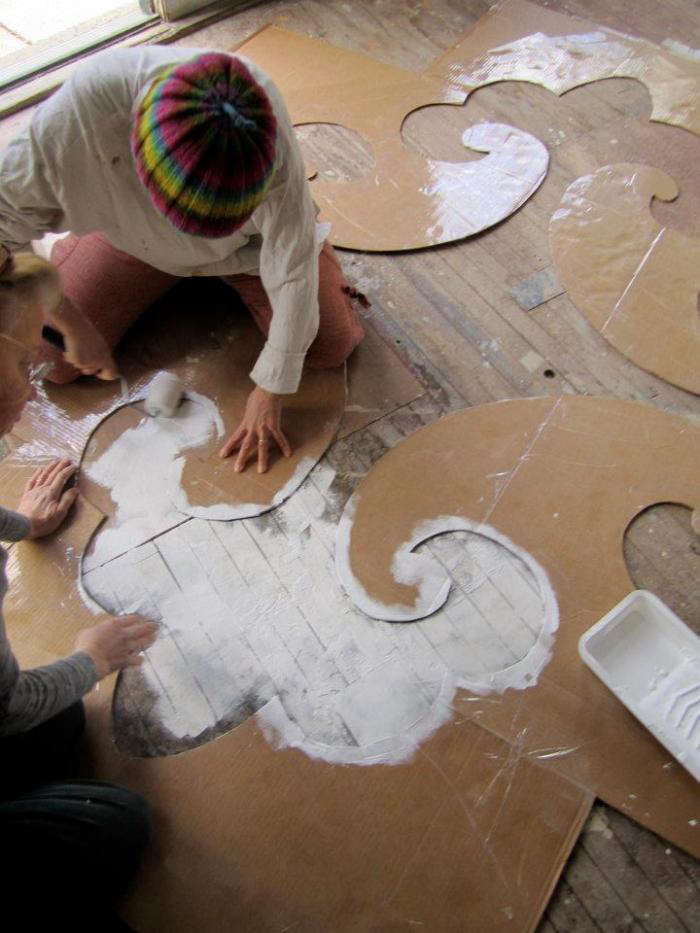 Above: Pearlman uses a roller to apply the paint while her mother holds the stencil in place. Rather than prime the area first and then paint over it, she saved a step by just using primer. A protective coat of polyurethane was applied on top of the stencils. Painting the stencils took her two days. 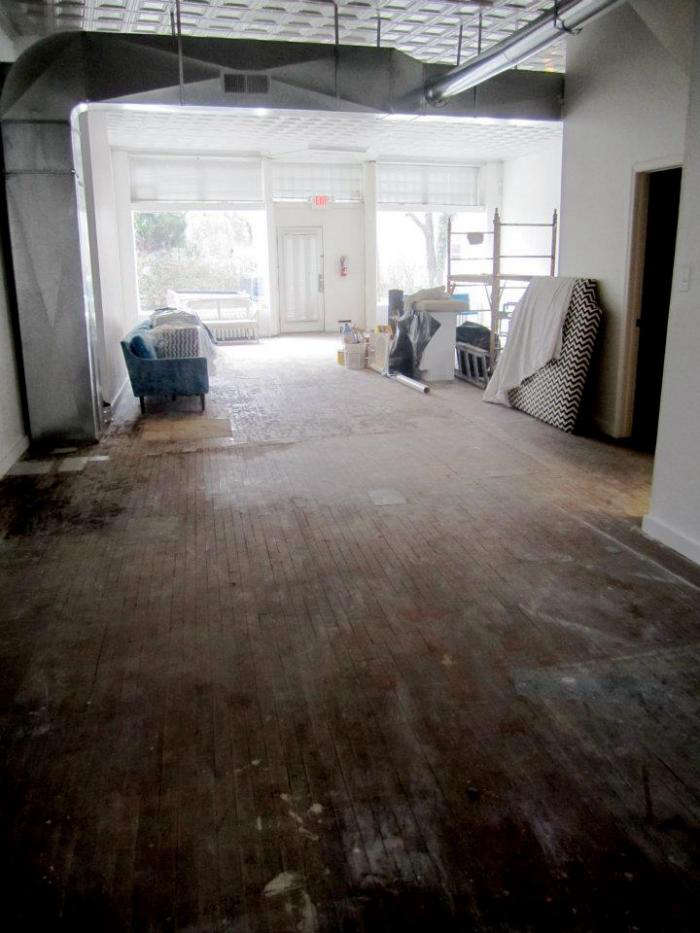 Above: The existing floor had to be scrubbed and cleaned thoroughly before Pearlman could apply the stencils. 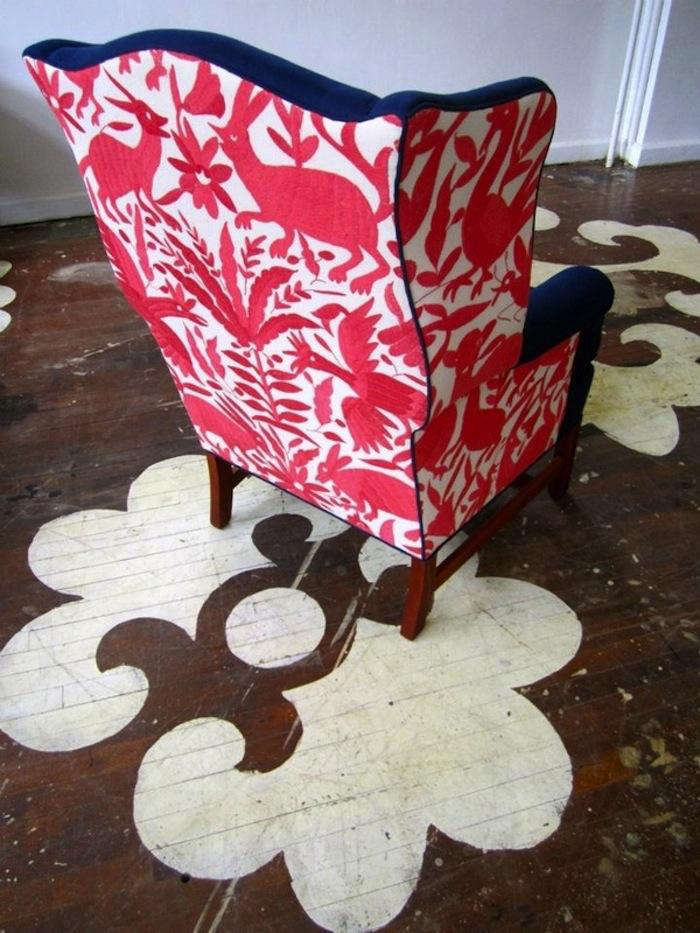 Above: In classic Chairloom style, this high back chair has been updated with originality. 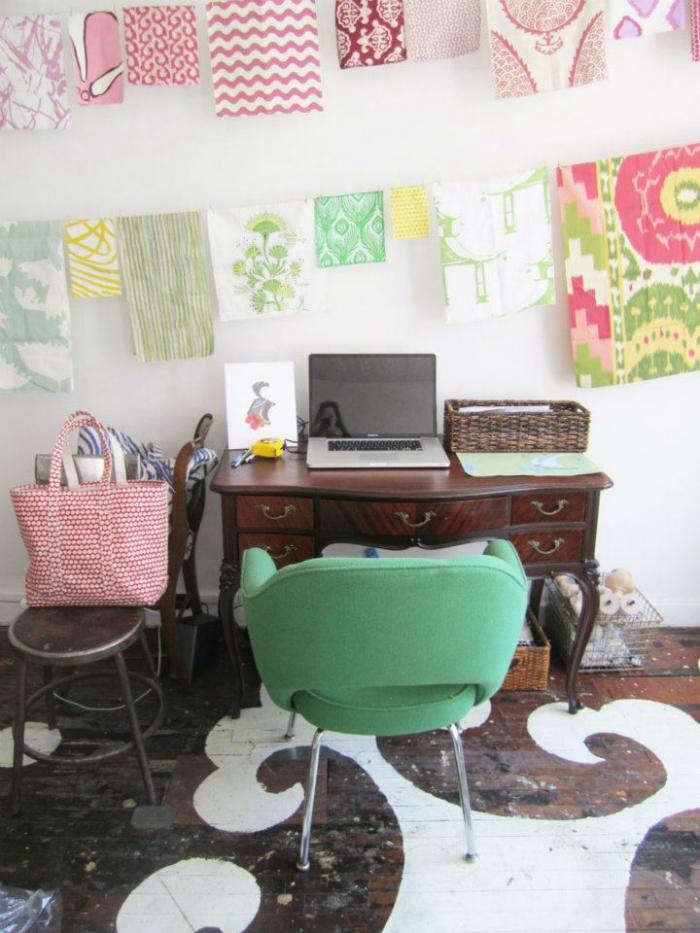 Above: A view of Chairloom founder Molly Andrews’ desk. 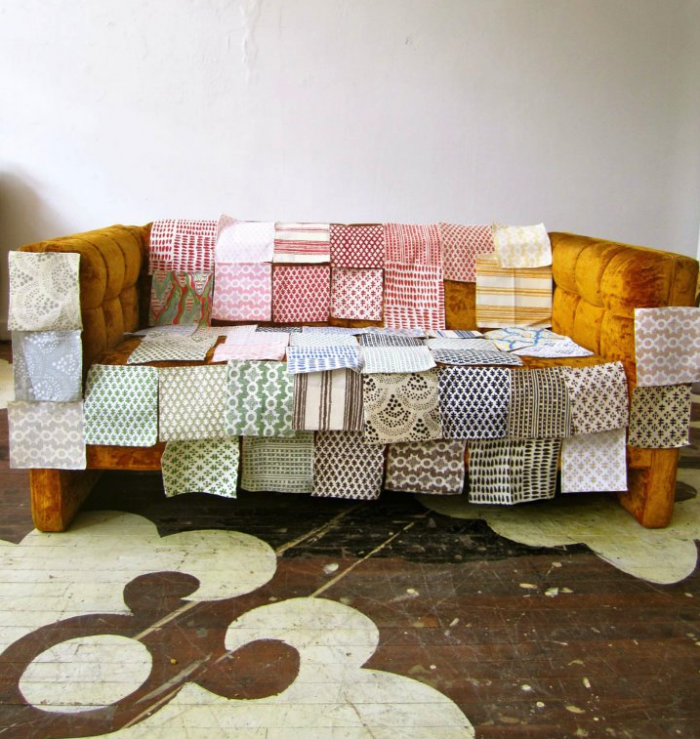 Above: A found sofa awaits its second chance at Chairloom.

Pastimes: 5 Old-Fashioned Holiday Decorations to Make (and Give)

This weekend on Remodelista: 5 questions to ask wh

Kitchen of the week: Calamine pinks in a converted