Add a patriotic note to a summer bedroom with a vintage (or new) American flag. New Jersey-based family-owned Annin Flagmakers has been making flags since 1847 (their flags have flown at every president's inauguration ever since) using domestically produced fabrics. The company's Bulldog flags are made of 100 percent cotton with embroidered stars; prices for the Bulldog Cotton U.S. Flag start at $24 for the 2-by-3-foot size and go up to $179 for the 8-by-12-foot Bulldog Cotton U.S. Flag at American Flags. 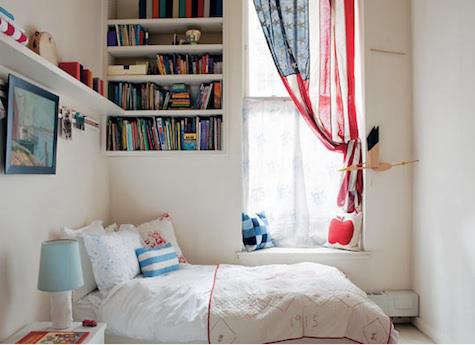 Above: Photo by Edina van der Wyck from At Home with Country by Christina Strutt, via Shelter Pop.

DIY: A Flag-Inspired Fourth of July Tablecloth by David Stark