LA-based Alexandra Loew of Alexandra Loew (formerly From the Desk of Lola) is known for her edgy, intellectually rigorous interiors featuring a fearless use of color, shape, and form (“fantasy is a critical dimension of contemporary life and culture,” she says). Loew’s client for this renovated bungalow in Santa Monica, a mother with two young girls, “wanted lots of color, and she wanted her children—ages six and eight at the time—to participate in the design,” Loew says. “The house, which had been renovated by Hope Alexander, in 2002 and again in 2008 (when they added the entire second story), reminded me of a Frank Gehry experiment; the materials were unfussy, and the ceiling featured several folded planes. My theme was to inject triangles everywhere; to percolate them down to the ground plane, the drapery, the furniture choices.” 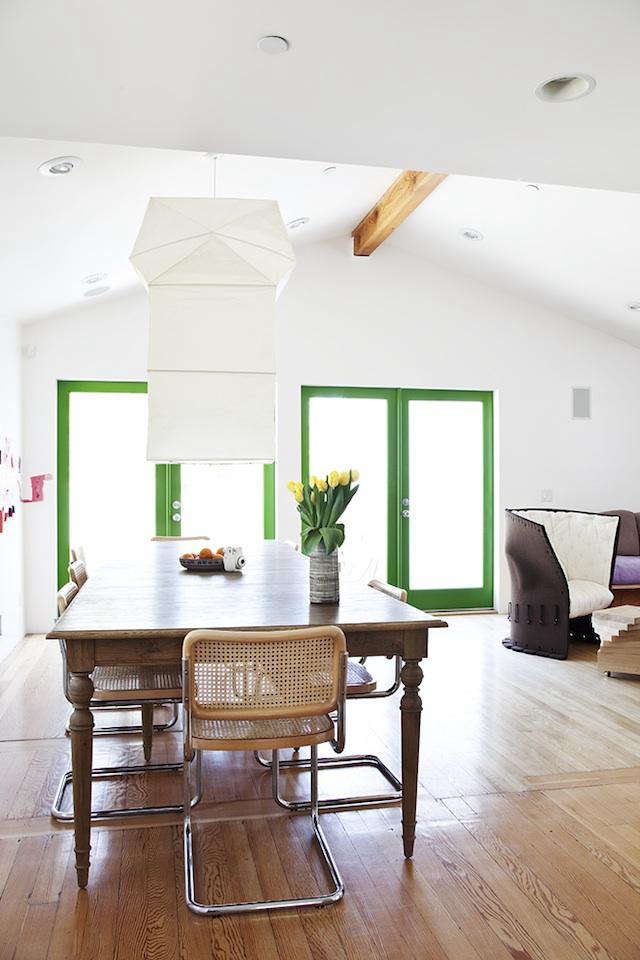 Above: A Noguchi lantern hangs about the dining table, which is flanked by Breuer chairs (“my client, who is from a family of artists and art dealers, grew up with these chairs,” Loew says). 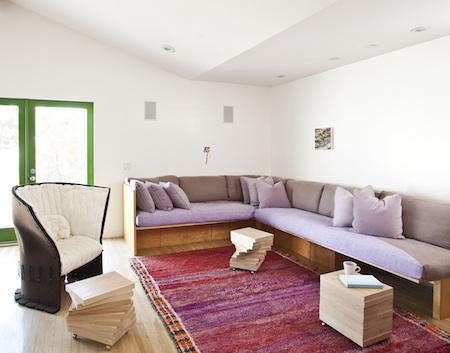 Above: In the open-plan living area, Alexander painted the door frame bright green; Loew covered the built-in seating unit in five different shades of lavender (in both velvet and linen) with contrasting welting. The Feltri chair, made entirely of thick wool felt, is by Gaetano Pesce, and the carpet is from Kea Carpets and Kilims in Brooklyn. 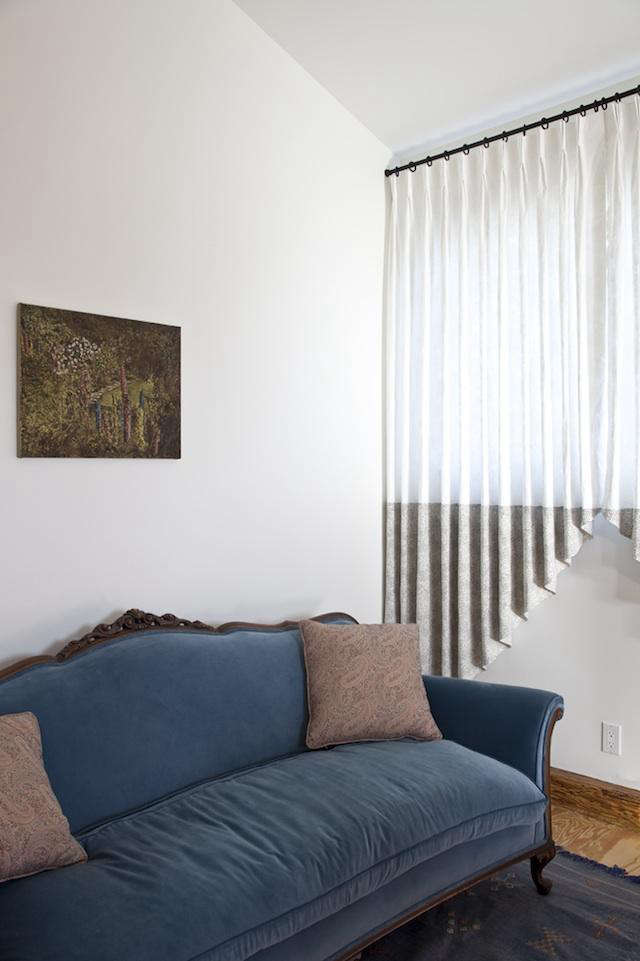 Above: A triangular curtain references the house’s many folded angles. 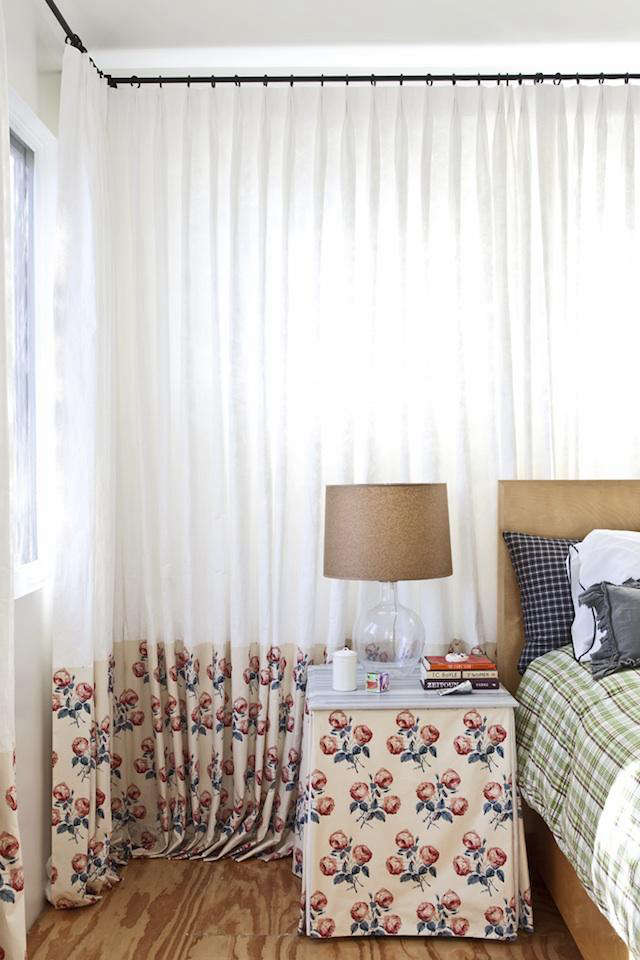 Above: “In the bedroom, we did an ironic take on an Upper East Mario Buatta–style boudoir,” Loew says. The plaid bedding is from Matteo. 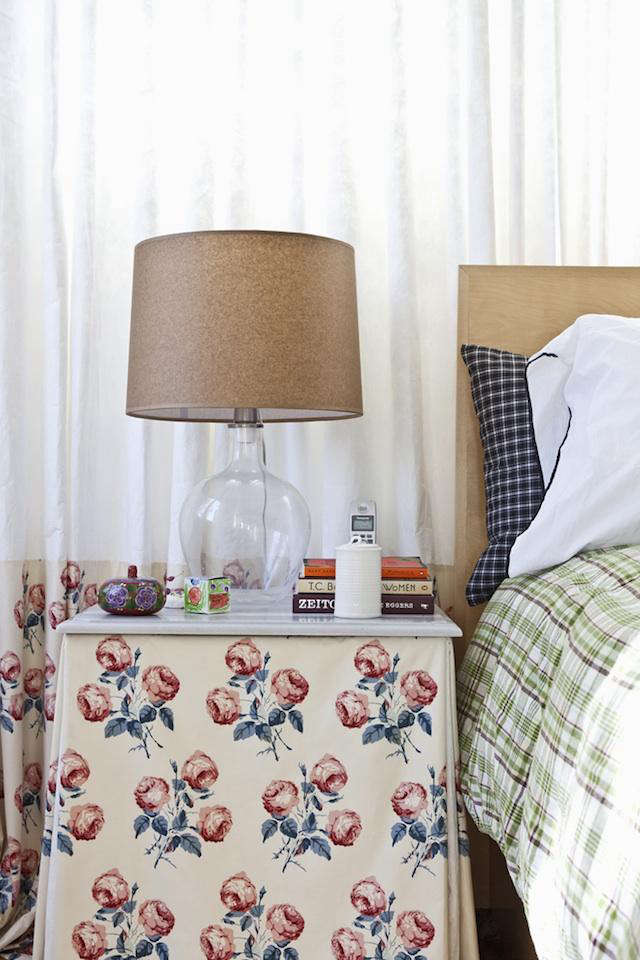 Above: The custom bedside table features a top made of striata marble. 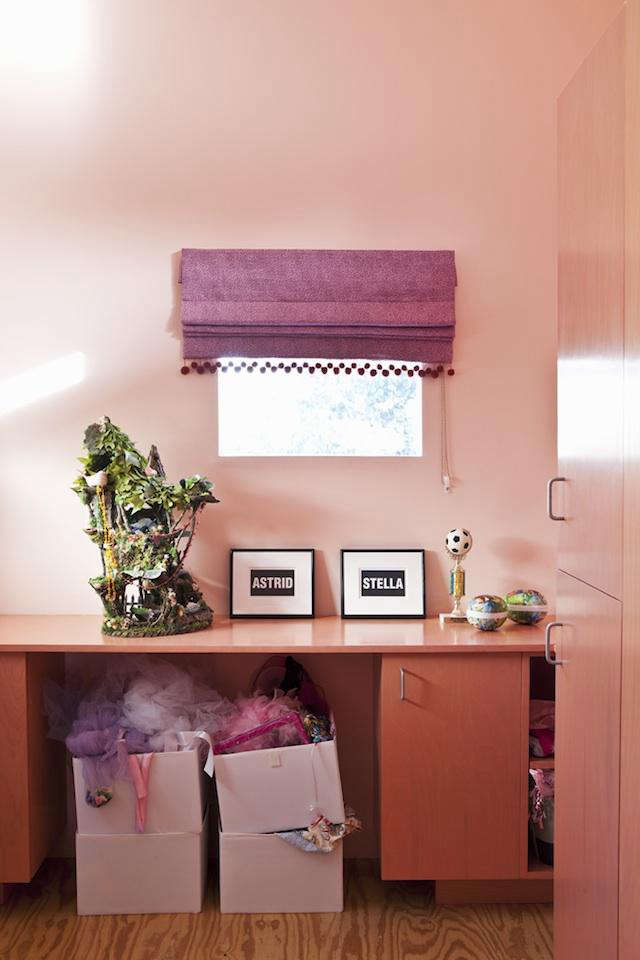 Above: For the plywood in the children’s rooms, Alexander glazed them pink; for the window shade, Loew used Kelly Wearstler for Lee Jofa fabric trimmed with pom poms. 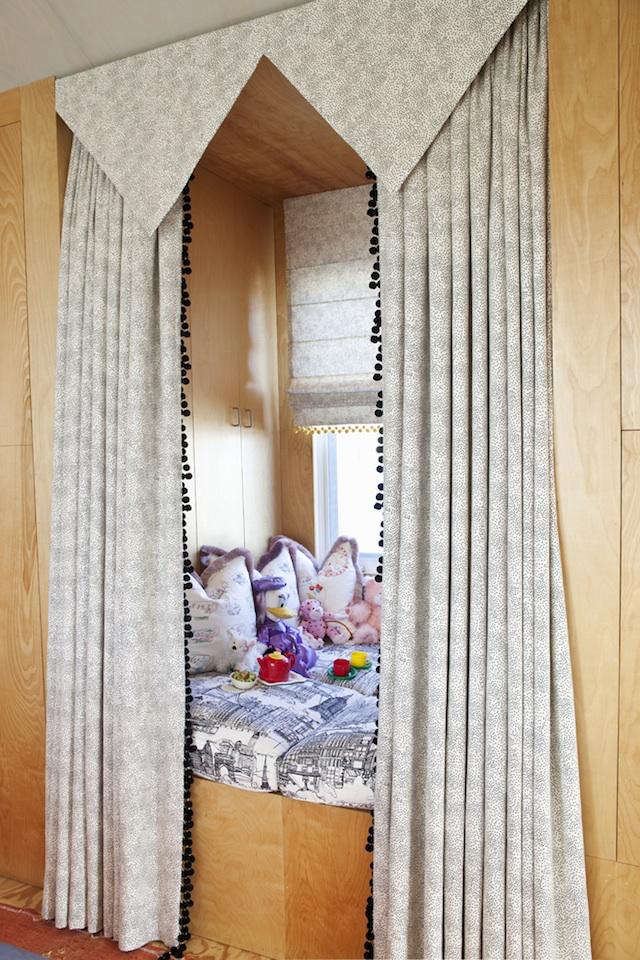 Above: The curtain valance picks up the triangle theme; the client’s daughters chose the Saul Steinberg for Schumacher fabric covering the alcove bed. 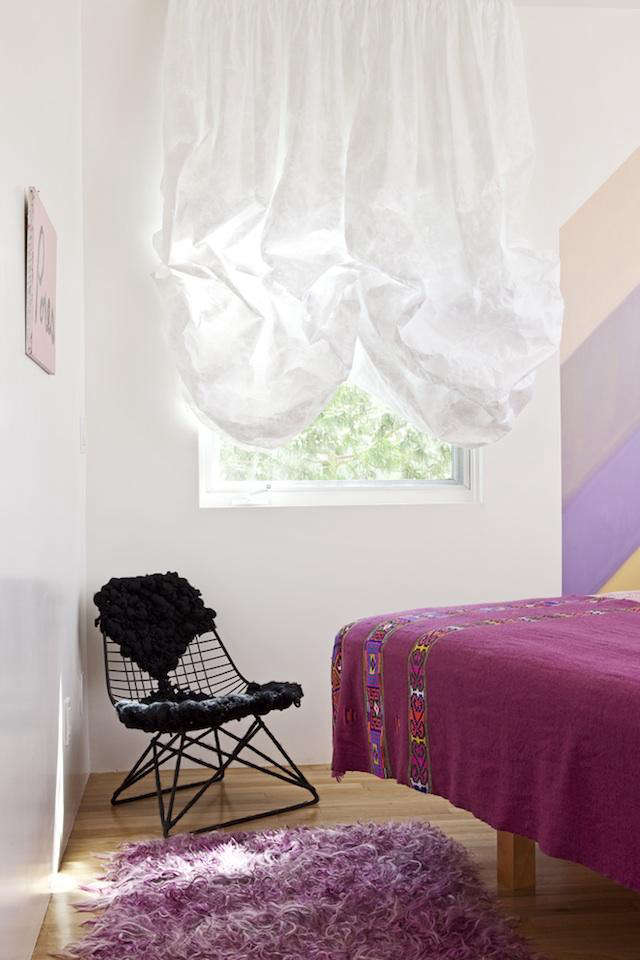 Above: In the guest bedroom, Loew commissioned a chevron mural from Dorian La Padura “as a way of bringing folded planes into the space,” she says. The balloon curtains are made of Tyvek fabric (“it’s about $3 a yard, and it repels dirt and dust,” she says). The hand-felted Eames wire chair by Tanya Aguiniga is from Reform Gallery. Both the rug and the bedspread are from Dosa. 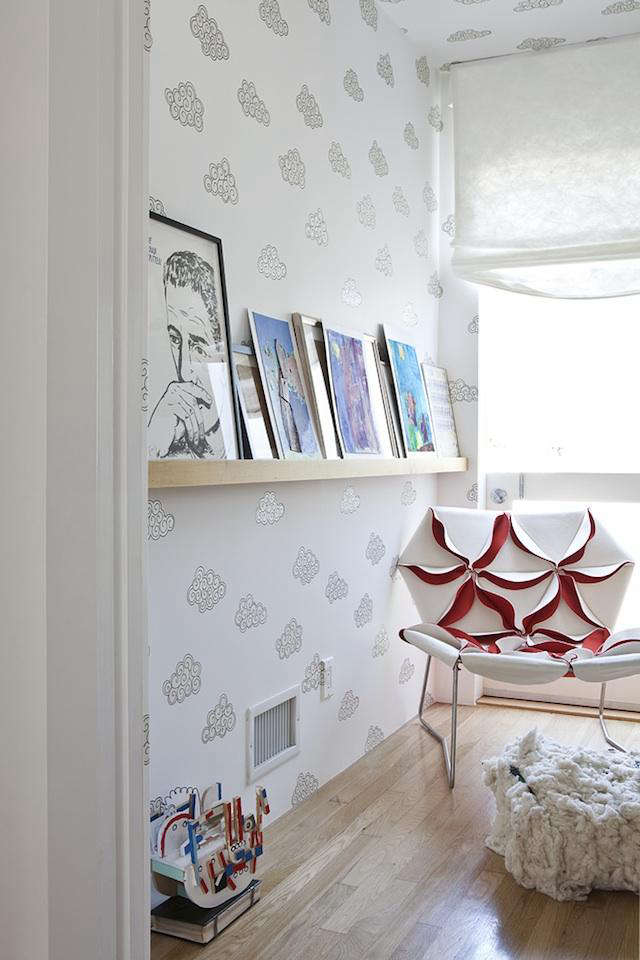 Above: In the study, Loew covered the walls and ceiling with silver Claudia wallpaper from Swedish company Sandberg’s Kaspar & Saga line; the Antibodi chair is by Patricia Urquiola. On the ledge, the homeowner mingles a work by Raymond Pettibon with drawings by her children.

Remodelista Gift Guide: For the Bicyclist