We first spotted Glithero’s Blueware Tiles in a Notting Hill flat designed by London designer Ebba Thott. Intrigued by the photographic-negative images of pressed weeds from the streets of London, we wanted to know more.

Glithero founders Tim Simpson and Sarah van Gamaren met at the Royal College of Art and are obsessed with capturing beauty in the ephemeral moment of creation. Using the oldest non-silver photographic printing process (called Cyanotype, commonly referred to as Sun Printing or Blueprinting), the pair preserve fleeting botanical moments on ceramic tiles.

Unless otherwise noted, images via Glithero. 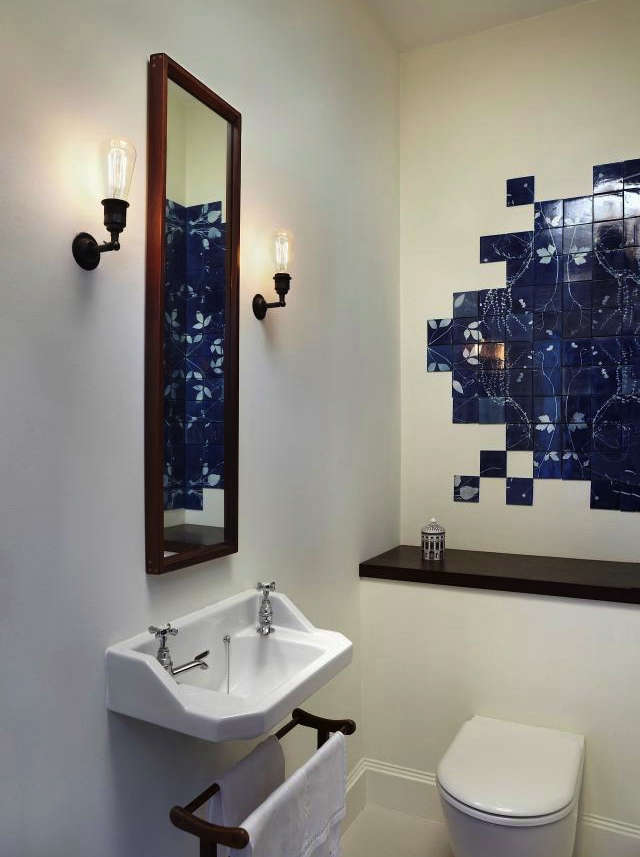 Above: The Blueware Tiles bring a hint of nature into this Victorian flat. For more, see Ebba Thott of Sigmar in Notting Hill. Photo by Petr Krejci. 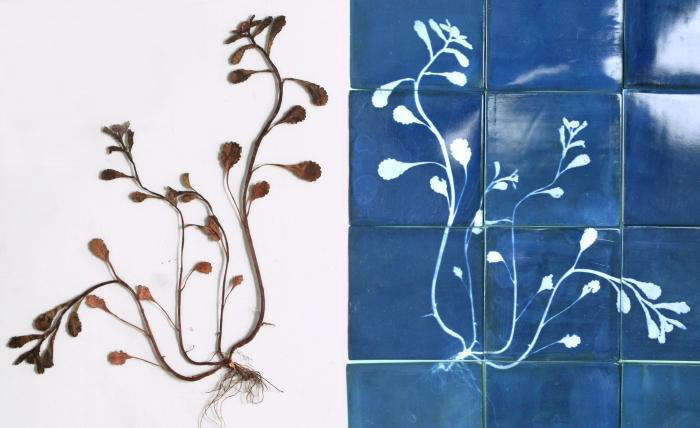 Above: "The light comes through at different rates depending on the weight of the stems or leaves," Simpson says. 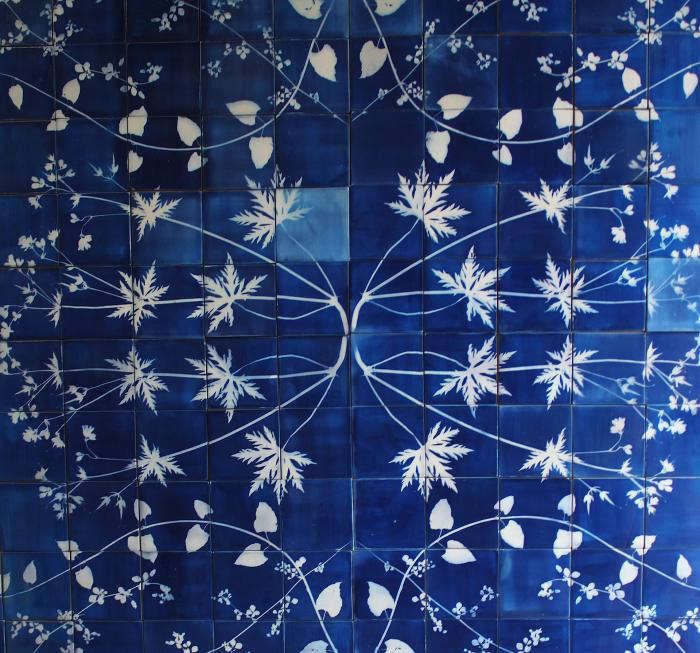 Above: "By flipping the negative over, we can create symmetrical patterns," Simpson says. 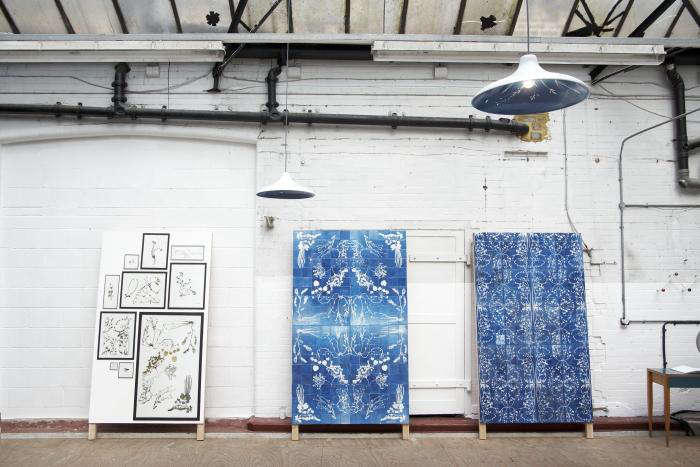 Above: The darkroom process involves placing a negative (pressed specimens between two layers of glass as shown on the left) on top of ceramic tiles that have been treated with photo-sensitive chemicals. Under ultraviolet light, the parts of the tile that are not covered by the specimens turn Prussian blue while the covered parts remain the white color of the original tiles. 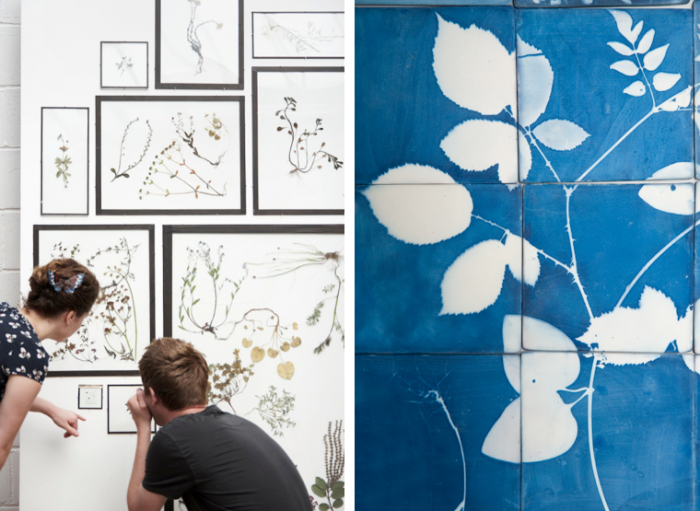 Above L: The designers inspect their negatives. Above R: A detail of a moment caught in time. 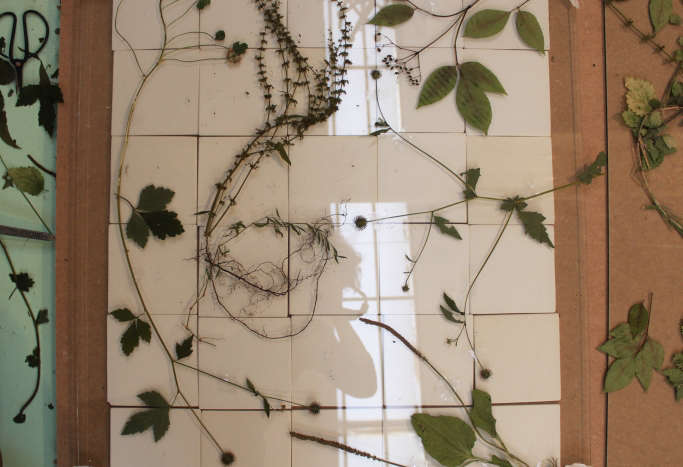 Above: The negative is laid on top of the ceramic tiles, which have been treated with a photo-sensitive chemical.

Looking for other ways to incorporate Botanical Specimens into your home? See The Ultimate Pressed Flowers to see artist Rachel Dein's ghost impressions of flowers.