Why didn't we think of this? The classic Aalto vase as countertop utensil holder makes a lot of sense (especially in a small kitchen with room for only one utensil container); the undulating shape allows for the separation of wooden spoons from metal whisks, for example. Design Story is currently offering the dual-colored Aalto vase from Iittala for up to 60 percent off; go to Design Story to register. 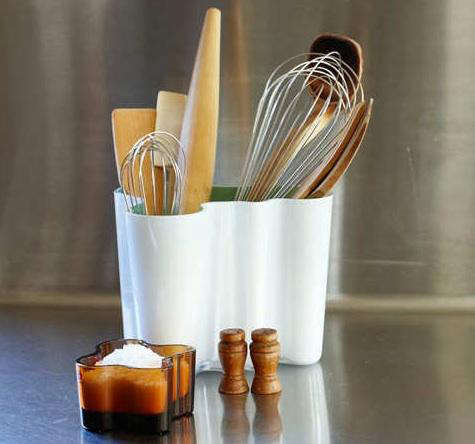 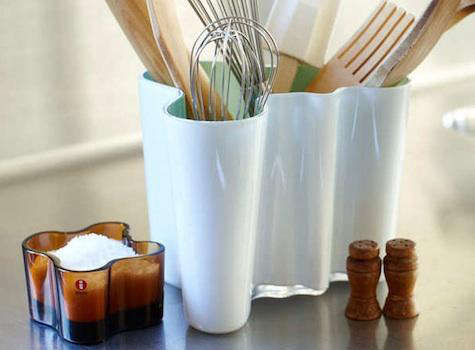 Above: The Aalto design lends itself to utensil storage (or pencils, pens, paintbrush storage). 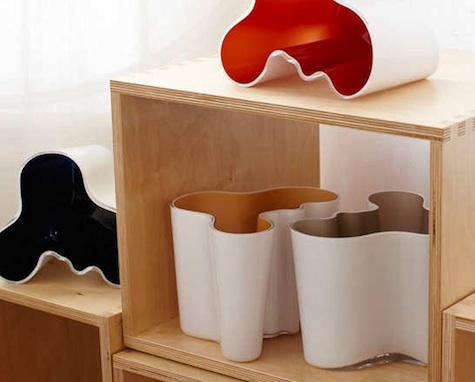 Above: Iittala released the dual-colored vases in 2006 to celebrate the 70th anniversary of the Aalto vase, which was unveiled at the Paris World Exhibition in 1937. The blue, green, brown, or sand colored vases are $90 each (down from $215) at Design Story until December 6. 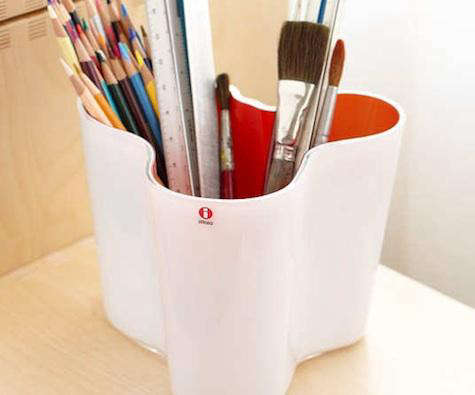 Bolt from the Blue: Sightings of Yves Klein’s Iconic Hue