NYC architect Dash Marshall was commissioned to design a "room within a room" in a Tribeca loft; in the process, he created an era within another era.

Comprising one floor of an 1890s warehouse, the loft had already undergone a major renovation in 2005 to become a clean, modern home. But after living in the space for several years, the owners felt that one room was not quite right. It lacked windows, its walls jutted into the main hallway, and its entrance was located some distance from the loft's community spaces. It functioned neither as a home office nor as a playroom. Add to that: the owners were keen to highlight their loft's age and patina. They had retained some original details in the renovation—brick walls and beamed ceilings—but wanted more.

Since the home is located in a former caviar warehouse, the team began to wonder what the "boss's office" might have looked like. They took some creative license in recreating the putative executive suite, but did so with painstaking detail. For example, in the 2005 renovation the architects used a "knife-edge" drywall detail to make the new walls look like they float against the loft's original brick. Dash Marshall recreated the knife edge to abut the Cassowary Room, creating the illusion that it predated the 2005 renovation.

For such an "old" room, it offers a great deal of flexibility for the owners' modern way of life. Dutch doors allow the room to work as a private office when needed (complete with natural light) and as a playroom within earshot and eyesight of the kitchen and living room. 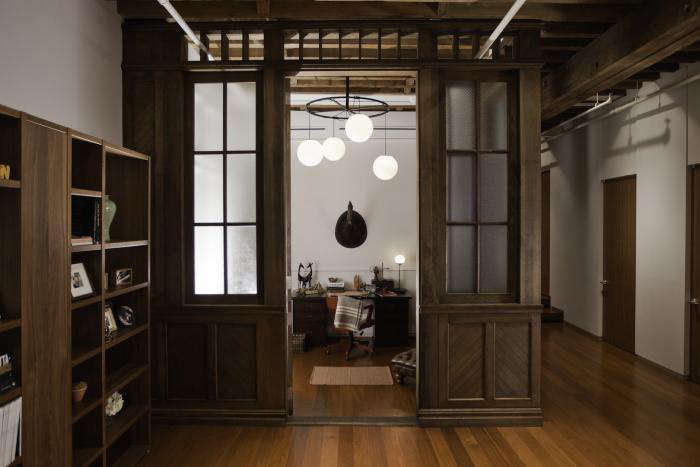 Above: The doorway of the former room was located on the leftmost wall and opened onto a hallway. The revamped room features windows and a doorway facing the loft's social spaces, making it a newly integral part of the floor plan. 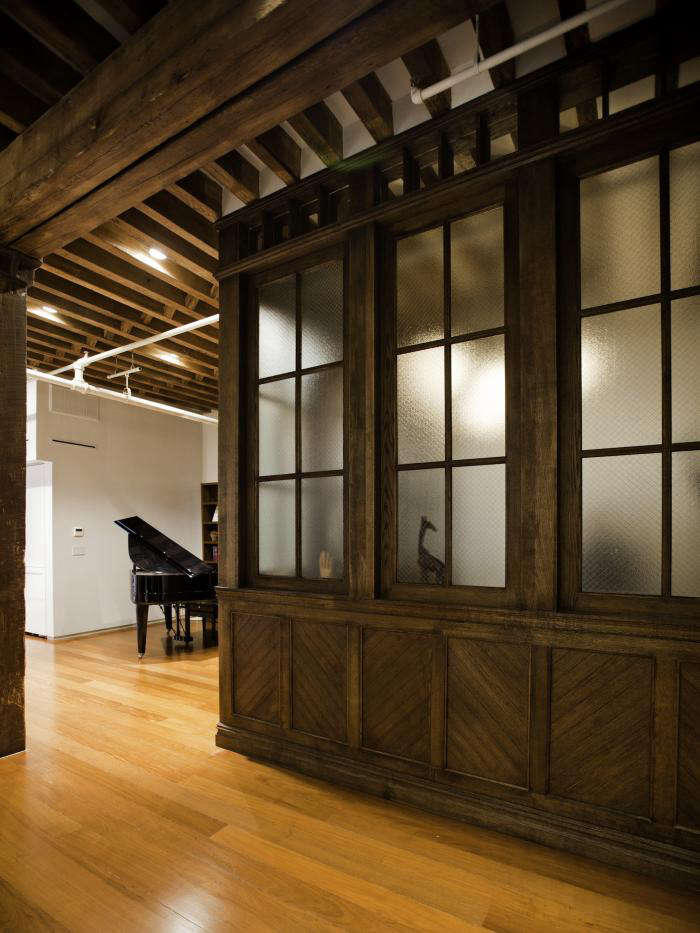 Above: Because the old office is brand new, Marshall researched late 19th century design to glean details for the woodwork. The chevron motif is specific to the caviar warehouse; the pattern was found on the ground floor of the building. 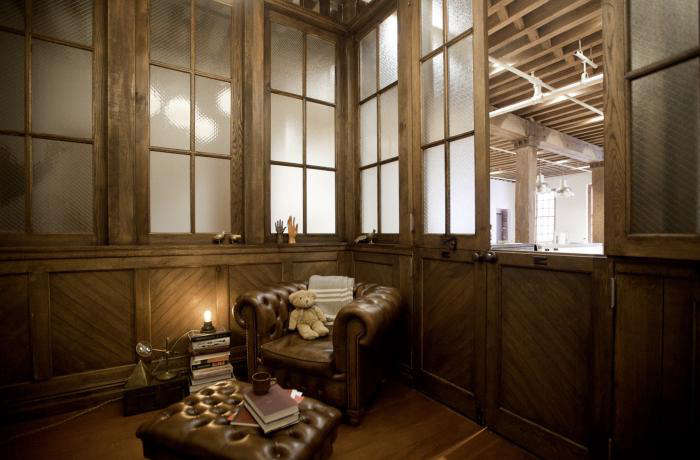 Above: The door to the Cassowary Room faces the kitchen, keeping it within earshot of the loft's most-used spaces.

Above: Marshall mixed the owners' antiques with vintage pieces; the lamp is from Schoolhouse Electric. 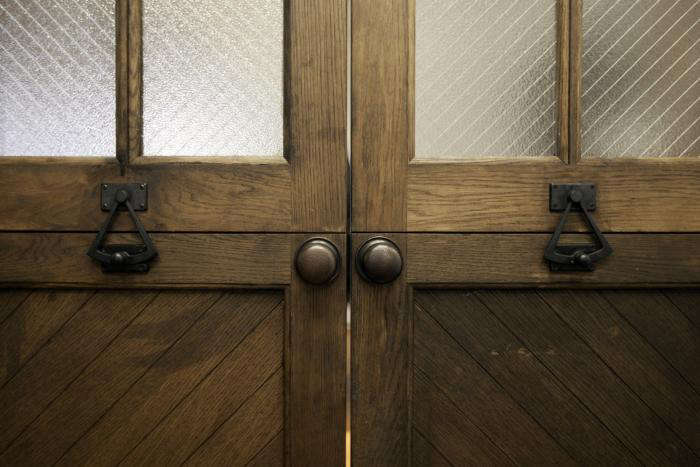 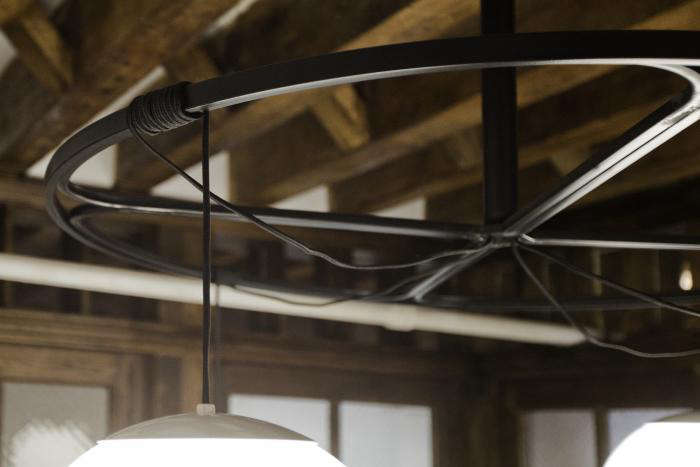 Above: Marshall designed the Over Under Light for the Cassowary Room; inquire at Dash Marshall to purchase. (Alternatively, the plans are available for free to anyone interested in making their own.) 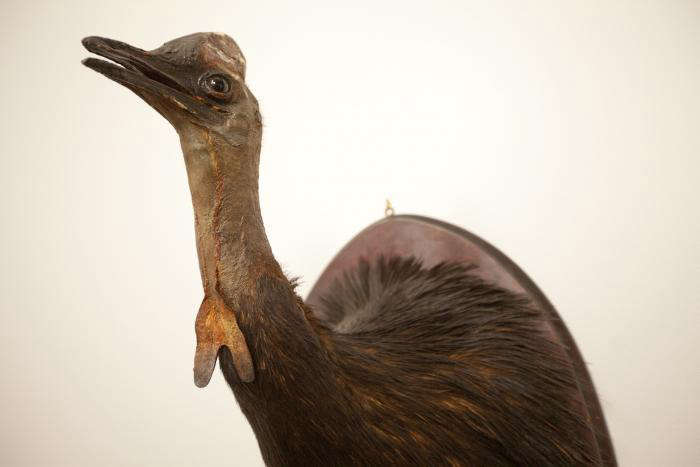 Above: The room's namesake, presumably hunted long before cassowaries became endangered (we hope). The bird's commanding presence made it the room's official mascot, says Marshall, plus "'I'll be in the Cassowary Room" sounds nicer than "I'll be in the office."

A Skinny Lot Where Less Is More