We first got to know Natasha Figueroa, a former member of the design team at the Ace Hotel in Portland, OR, and co-creator of its restaurant, Clyde Common, when we stayed at the Ace Hotel in Palm Springs. Natasha always seems to have her finger on the pulse wherever she is, which happens to be Copenhagen at the moment. She moved to the city a few years ago with her husband, Dan Husted, the restaurant impresario behind Pate Pate; the couple recently restored an old butcher’s shed and opened Lot45, a gallery/photo studio, on the premises. Natasha is also part of the team behind Copenhagen Street Food, an incubator for food carts that will be debuting this April. Read on for her favorite haunts in Denmark’s capital city.

Photography by Natasha Figueroa, except where noted. 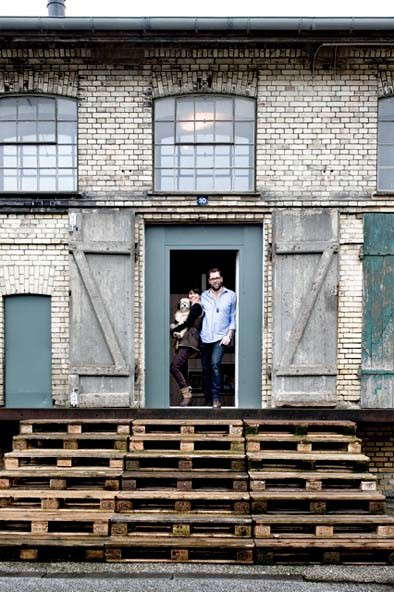 Above: Natasha and Dan in front of their gallery, Lot 45, which features a staircase built from reclaimed pallets. Photo by Jesper Ray via Improvised Life.

Remodelista: Where do you like to eat?
Natasha Figueroa: Copenhagen is known for high-end Nordic cooking, but slowly we are getting some diversity in the dining scene, too. One of the newest and best is Il Buco, an Italian-inspired supper club open on Tuesday and Thursday nights only (reservations required). You sit family-style while big dishes are passed from one end of the huge tables to the other. It’s very convivial, a great way for people  to let down their guard and interact with strangers. 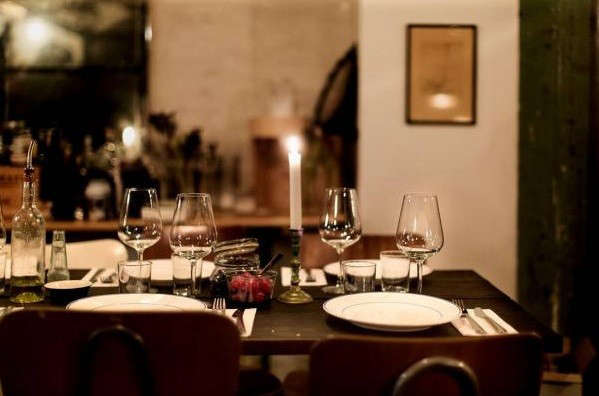 Above: The Il Buco dining room, courtesy of Il Buco.

RM: Other restaurant recommendations?
NF: Like many other cities, we have a glut of Thai restaurants, some good, some not so good, so what a joy to have another option! Nam Nam specializes in Singaporean street food. It’s relatively new in its current state, but the owners have been on the Copenhagen food scene for some time. After teaming up with renowned restaurateur Claus Meyer, they’ve added some gloss to their already-great cooking. 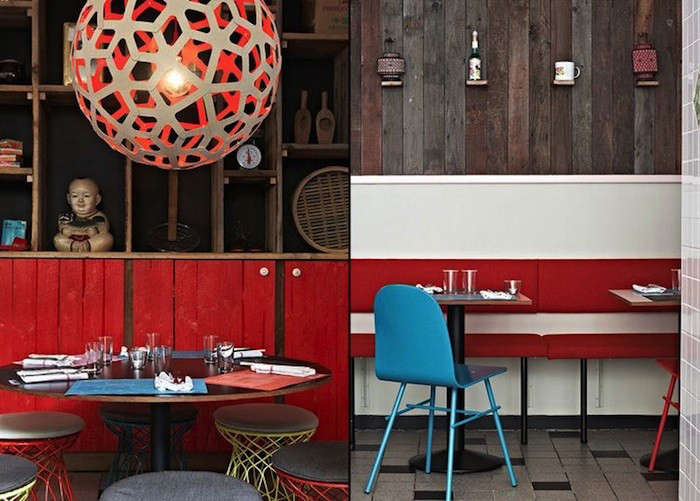 RM: Any new additions to the culinary scene?
NF: Another recent opening is KUL, in our Meatpacking District. Kul means charcoal in Danish, and this is what their cooking focuses on. It’s very meat-centric, so like many Copenhagen restaurants, not good for vegetarians.

RM: Budget-friendly options?
NF: Going out to eat is ridiculously expensive, which is why we don’t do it as often as we do in the US. Grí¸d is one of the rare places where you can get a comparatively inexpensive but delicious meal. Grí¸d means porridge or gruel and has a number of breakfast, lunch, and dinner choices ranging from classic oatmeals to riffs on risotto and congee. 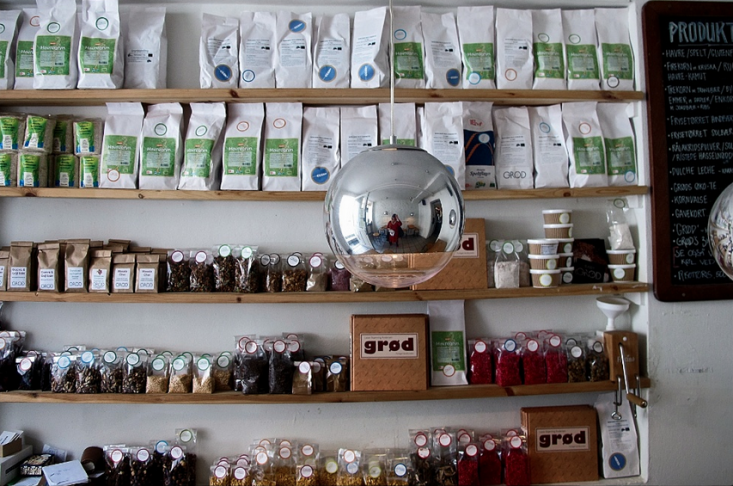 RM: Best spot for a caffeine fix?
NF: Denmark has for many years had the most coffee drinkers per capita, but up until a few years ago, getting a great cup was uncommon. Now we have, among others, Coffee Collective, whose baristas have taken home the World Barista Champion title. But if you’re a freak like me who no longer drinks coffee, sitting with friends over a cup of tea and cake at Tante T soothes the sting. It is very easy to spend a few hours in their granny chairs eating homemade cakes with a pot of milky Oolong. 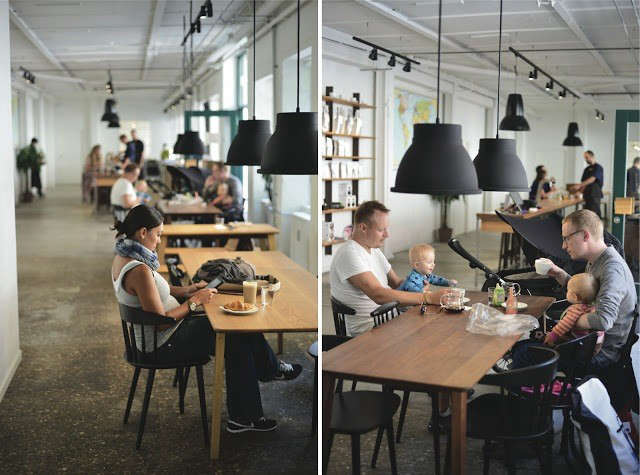 Above: Coffee Collective is lit with pendant lights by Muuto of Copenhagen. Photograph via Takk Travels.

RM: An evening drink?
NF: Lidkoeb serves the best cocktails, hands down, and it’s set in a beautifully designed historic back house. But if you’re looking for a mellow place to stop in for a glass of good wine, a perfectly poured draft beer, and some great music, go to Kind of Blue. 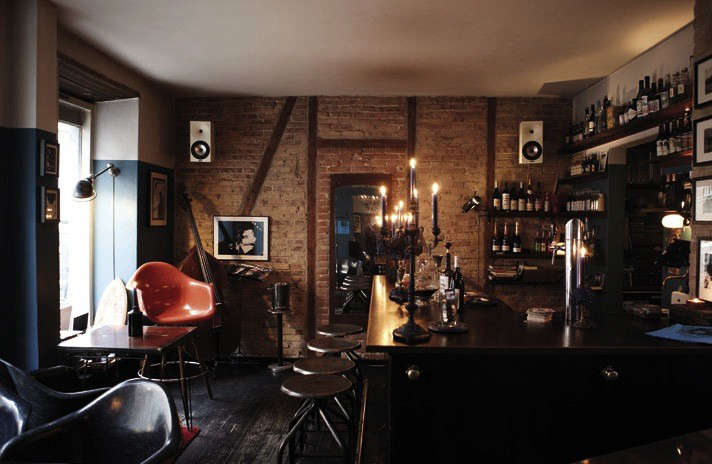 Above: Kind of Blue, where Natasha can be found hanging out after hours.

RM: Where do you like to shop for clothing?
NF: Of course Copenhagen has crazy good shopping–thanks to all the renowned Scandinavian designers, like Henrik Vibskov, Wood Wood, and Acne–but their clothes come at a high cost. That’s why my favorite clothes shopping is at our many luksus genbrug, high-end resale shops. The best of these is O-S-V Secondhand, which has clothes and accessories for men and women. We also have a number of great vintage shops; the best of these is Decor, which is a favorite among stylists and models for one-of-a-kind vintage pieces. 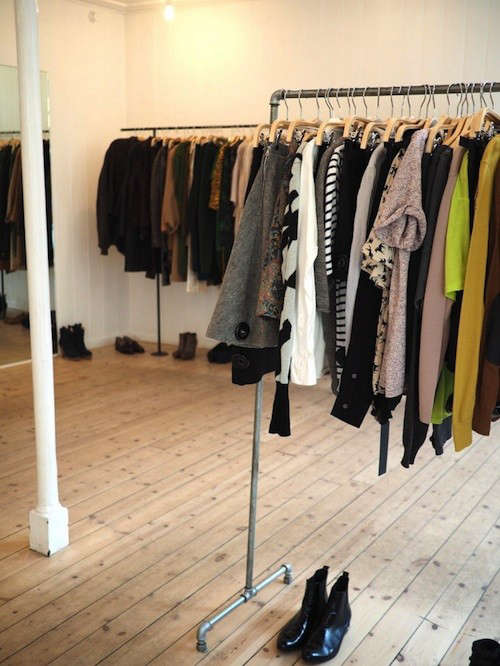 Above: White paneled walls and a raw wood floor at O-S-V Secondhand. 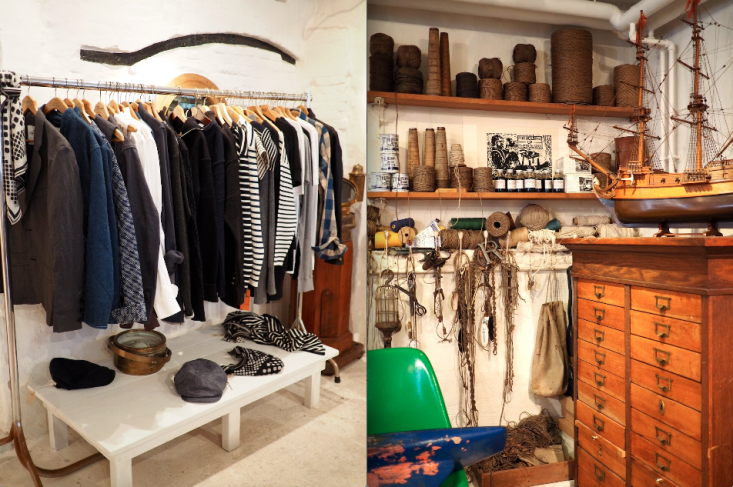 Above: Maritime Antiques sells seafaring clothes as well as nautical antiques and paraphernalia.

RM: And for men?
NF: I envy the clothes at Han Kjí¸benhavn, which carries mostly Scandinavian and Japanese designers.

RM: Where should foodies browse?
NF: With the weather the way it is here in Scandinavia, it’s great to have a place like Torvehallerne, our indoor market. It offers a mix of dining, drinking, and shopping, and has a few secondary locations of local favorites, like Coffee Collective and Grí¸d, but also a number of unique spots. 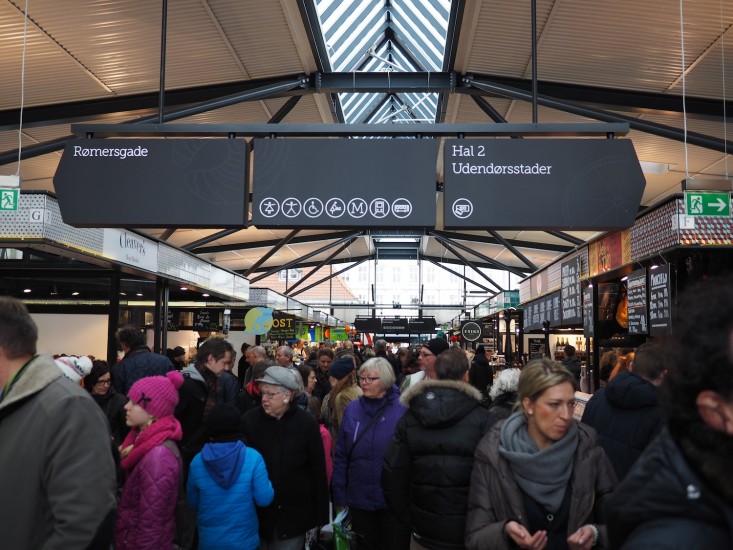 Above: Torvehallerne indoor food market, located next to Ní¸rreport Station. 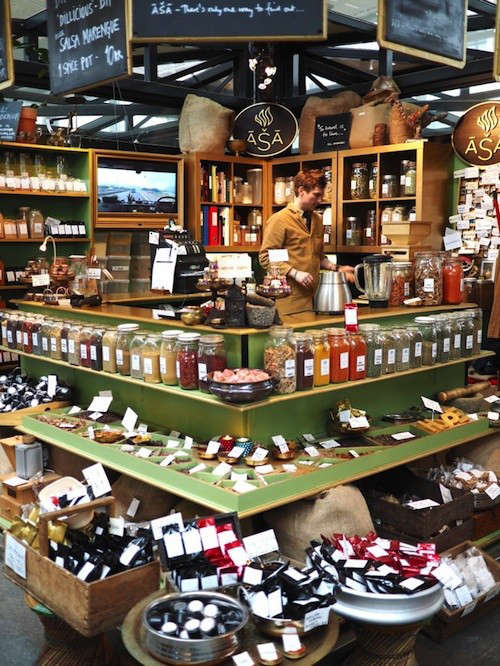 Above: Spice merchant, Asa, one of Natasha’s favorite stalls at Torvehallerne, along with wine bar Le Petit Vin Bar and bakery Cafe Rosa.

If you’re searching for a place to stay in Denmark, consider these Lodging Options. Like looking at Scandinavian design? Browse our photo gallery for much more.

The Timeless Table: Glass with Heart and Soul from Holmegaard