San Francisco architect Jonathan Feldman uses clean-lined offset pivot doors in many of his projects, which serve to link the indoors with the outdoors, maximize views, and bring light into rooms.

Pivot doors swing elegantly on a central hinge, rather than customary side hinges connected to the door frame. According to Rixon, a manufacturer of pivot door hardware favored by Feldman, "Pivot doors are designed to work with the laws of physics to provide long-lasting performance and reliability. The weight of the door is supported entirely by the bottom arm, which is directly connected to the pivot spindle."

Here are some examples of pivot doors in Feldman projects: 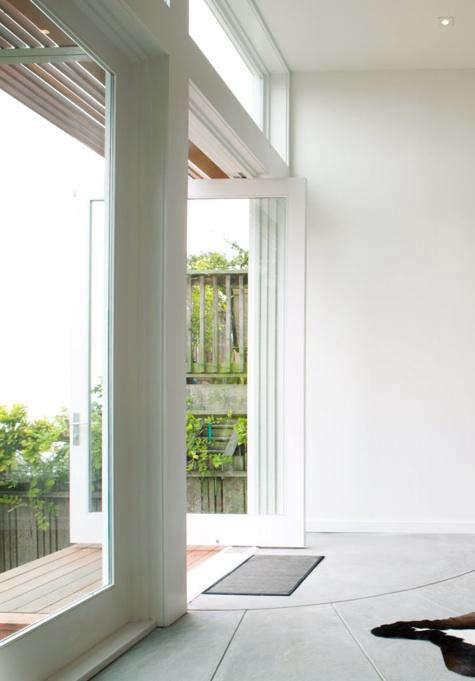 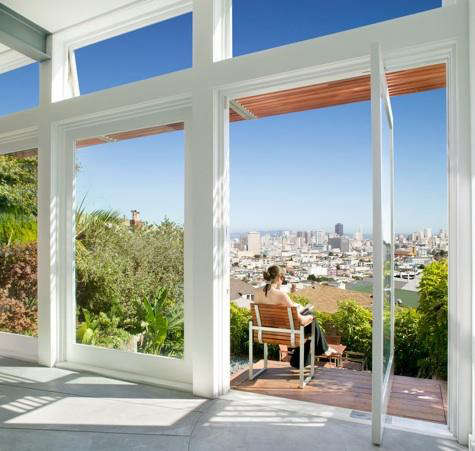 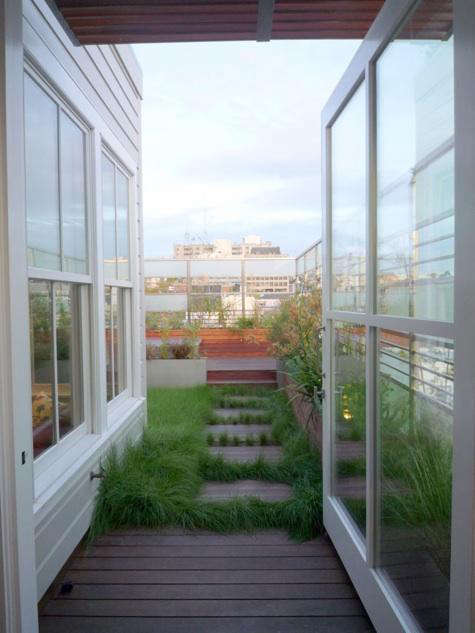 Above: "In this hundred-year-old Victorian in San Francisco, the oversize, four-light custom pivot door provides a modern interpretation of a more traditional door and creates a large portal to the roof garden," Feldman says. 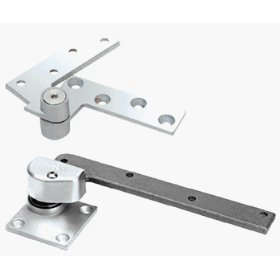