A pivot door to an architect is like a gull wing door to a car enthusiast; completely unnecessary but capable of transforming the ordinary to the sublime. Originally found in ancient stone building construction, where they were used to conceal secret passageways, pivot doors rotate around a central hinge and were favored by modernist architects like Le Corbusier and Jose Lluis Sert for their ability to sculpt free-flowing space with ease. 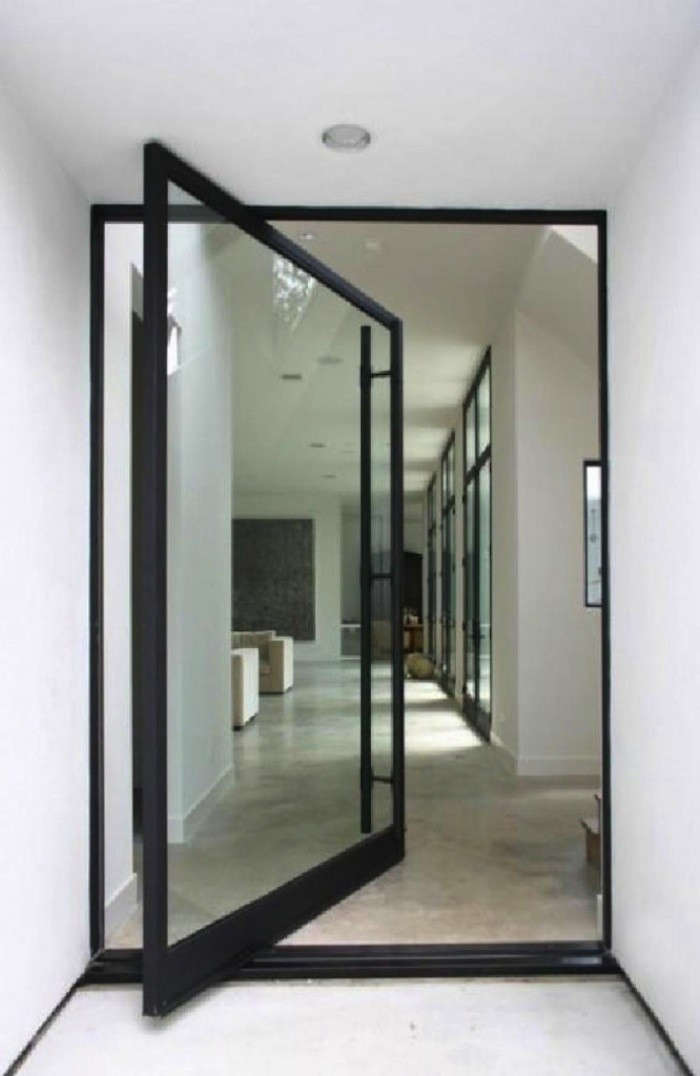 Above: A dramatic pivot door entry from Allen Bianchi Architects. 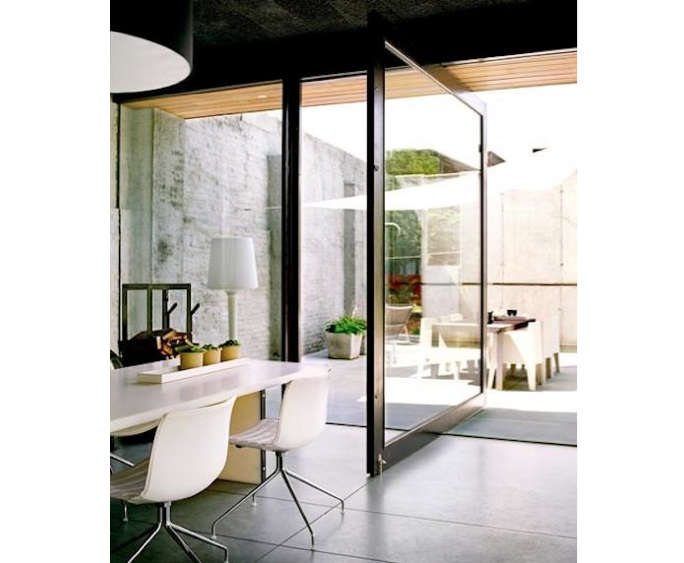 Above: Pivot doors create an elegant, seamless transition between interior and exterior space. Image via OWI. 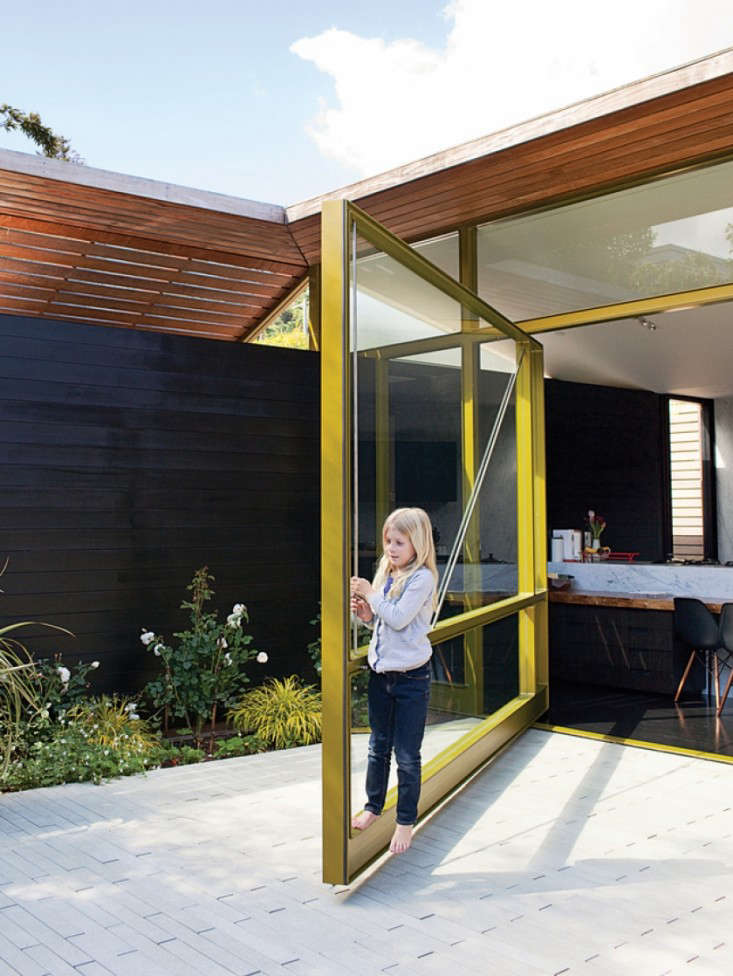 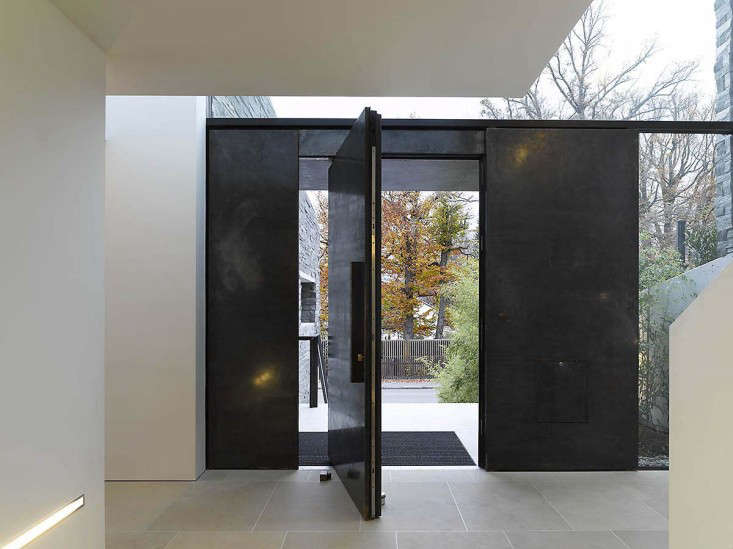 Above: A black steel pivot door in Haus M by Titus Bernhard Architects. Photography by Jens Weber and Orla Conolly. 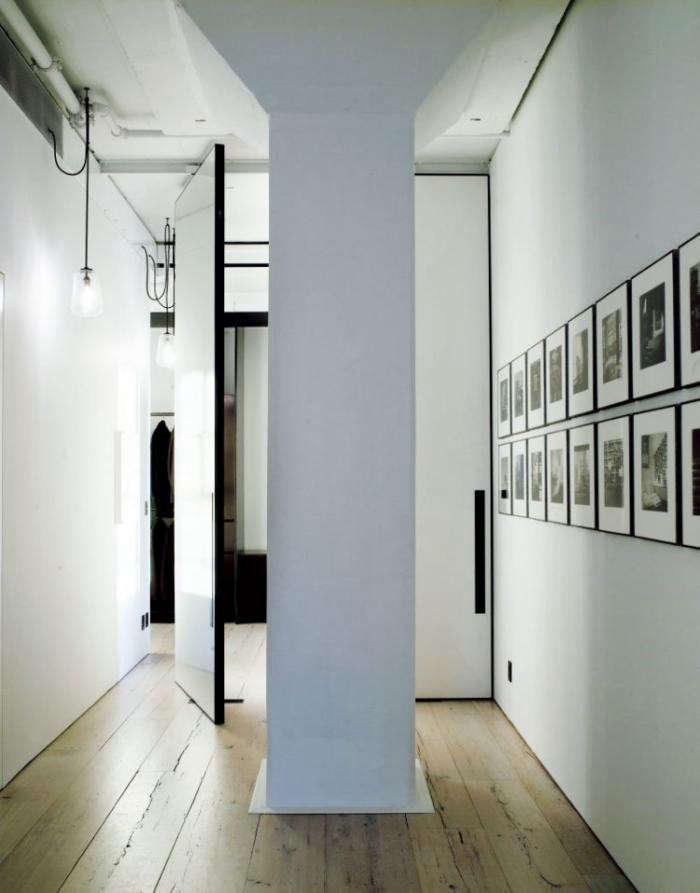 Above: Auckland-based architecture studio Fearon Hay used a floor to ceiling pivot door in their conversion of a NY loft; “We wanted to leave the existing shell of the loft unencumbered by internal partitions, maximizing the sense of openness while providing the hierarchy and division of space required for living.” Photograph by Richard Powers and Fearon Hay. 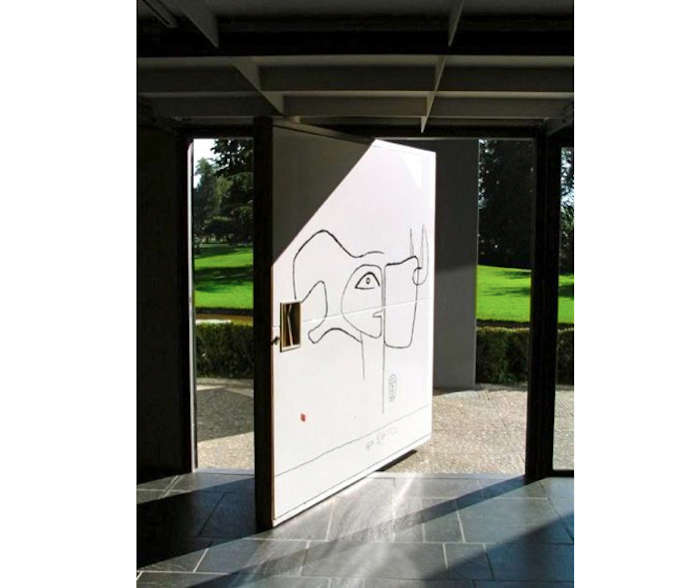 Above: Le Corbusier often used pivot doors as a canvas for his art murals, as shown here in the Heidi Weber Pavillion in Zurich. Image via pushpullbar.

Gift Guide for the Architect

Kitchen of the Week: New York Architect Elizabeth Roberts’s Own Kitchen Update, Before and After