A modern, simple sensibility doesn't have to exclude child-friendly living. Case in point: the Cascade Lake House by Seattle-based architect Eric Cobb. Built for an active family, this year-round mountain retreat outside Seattle incorporates a climbing wall, secret passages, bunk beds, and plenty of chalkboards. According to Cobb, "There was a kind of Hardy Boys sensibility in the direction we were granted." Mission accomplished. 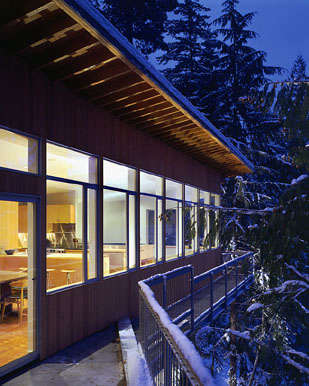 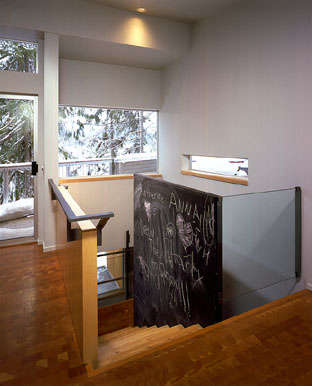 Below, two photos: The climbing wall offers an alternative to stairs to take children between two floors. 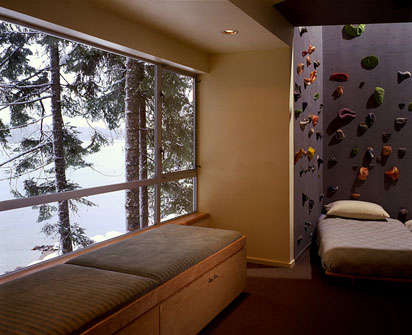 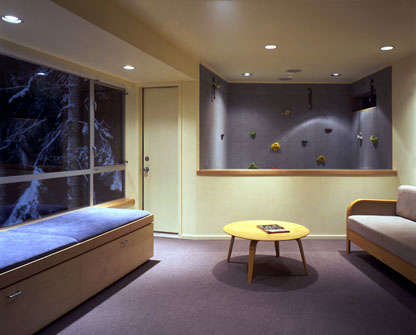 Below: Cobb masterfully hides one of the bunk spaces. 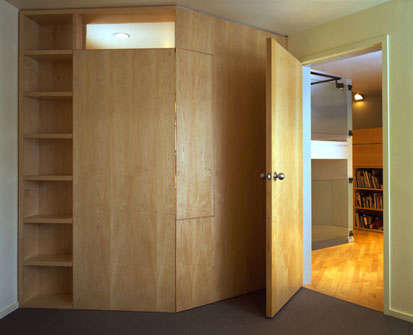 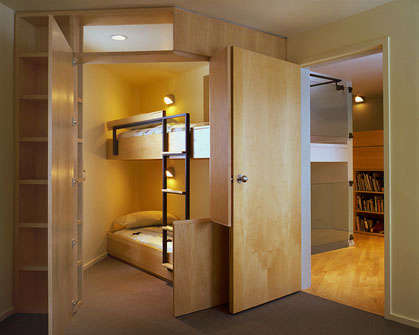 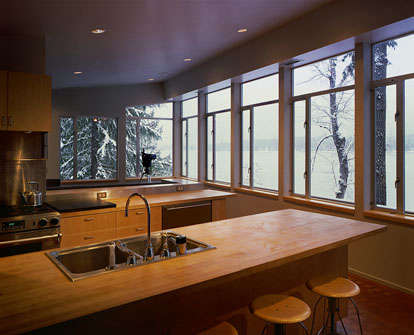