New York fashion designer Jeffrey Monteiro was researching American-made wool yarn for use in custom textiles when he happened upon a tiny, underground network of cashmere goat farmers. A pilgrimage to Black Locust Farm in Washington, Maine–owner Yvonne Taylor was one of the first to breed goats for cashmere in the US–set him on a mission: “The idea of developing products with this fine, luxurious American fiber turned into a need.”

Having worked as a designer for Mayle and Derek Lam, and founded his own eponymous line of women’s wear, Monteiro shifted course: He launched J. M. Generals a year ago with a single cashmere throw blanket, the result of many months of R&D working with suppliers all over the country and a speciality mill in Kentucky. He’s since expanded his repertoire to include pillows, goat’s milk soap, and other luxuries, all of them tailored with a minimalist’s eye and 100 percent American materials. 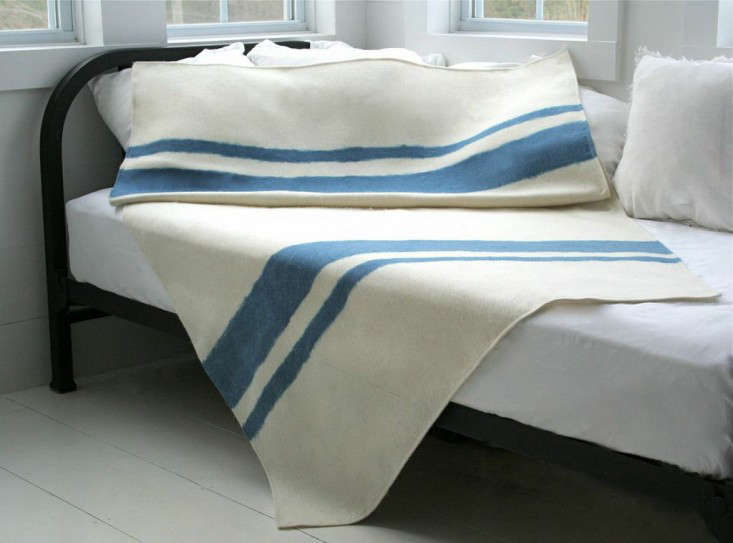 Above: J. M. Generals’ first design, the American Cashmere Double-Stripe, Large Throw, is made from natural white and indigo-dyed cashmere. The blankets, 42 inches wide and 76 inches long, are produced to order from cashmere fiber that is hand-combed from American goats and then needle-felted by machine (the felting process is guided by hand, and the placement and width of the stripes varies); $1,395. 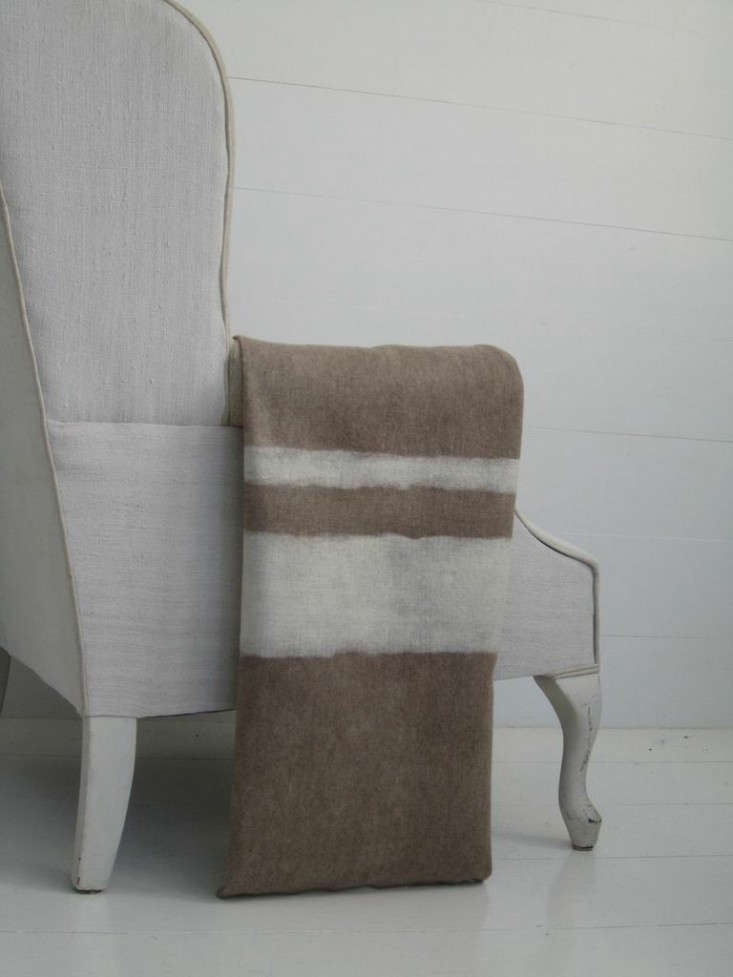 Above: The striped throw blanket is also made in a natural brown cashmere with white stripes and comes in small and large. The American Cashmere Small Throw, shown here, is 40 inches wide and 44 inches long; $695. 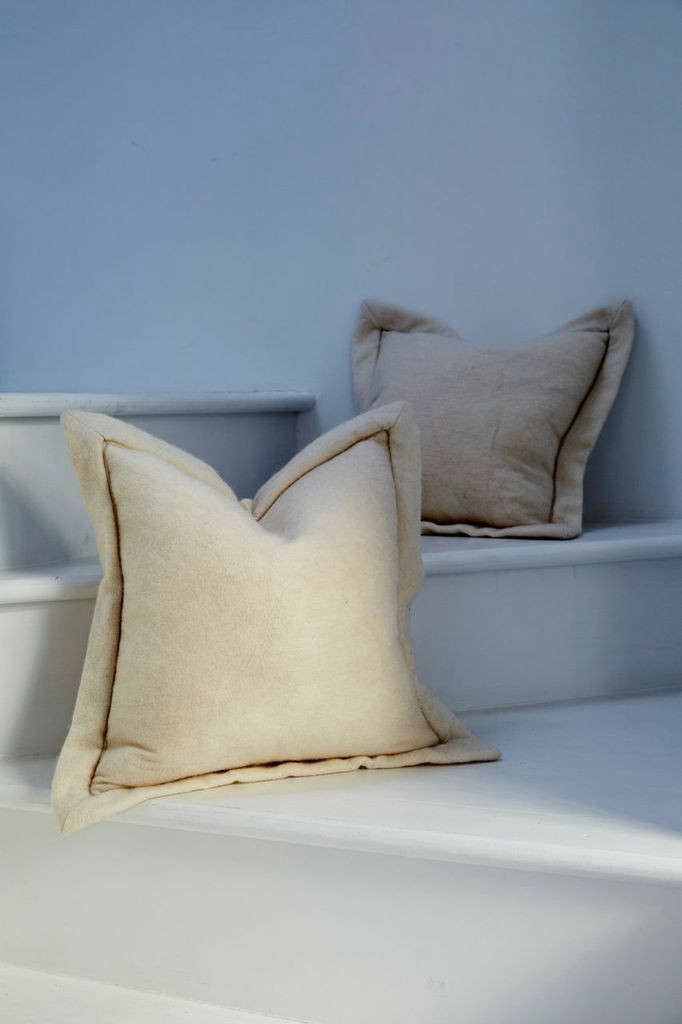 Above: American Cashmere Cushions, with cashmere fronts and organic cotton-flannel backs, are $185 each. They come with inserts (25 percent down, 75 percent feather) that are made in New York. 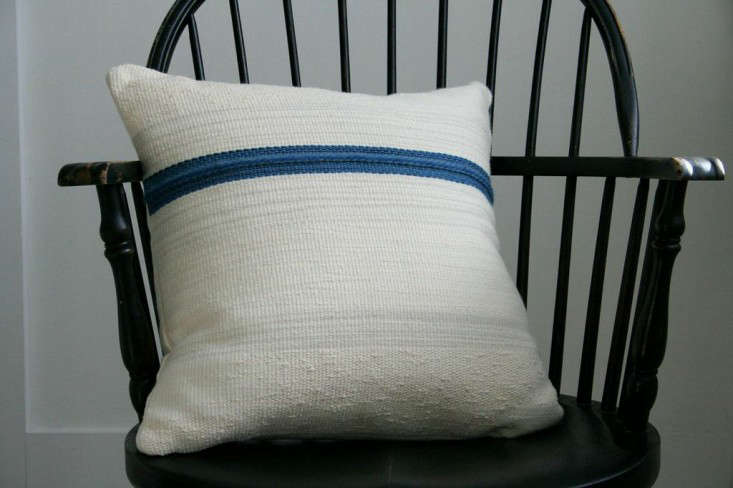 Above: Monteiro has recently broadened J. M. Generals’ line to include other specially developed American-produced fibers. The Agnes Cushion is handwoven from yarn that’s a combination of organic cotton, wool, cashmere, and angora. They measure 19 by 19 inches and are $195 each. 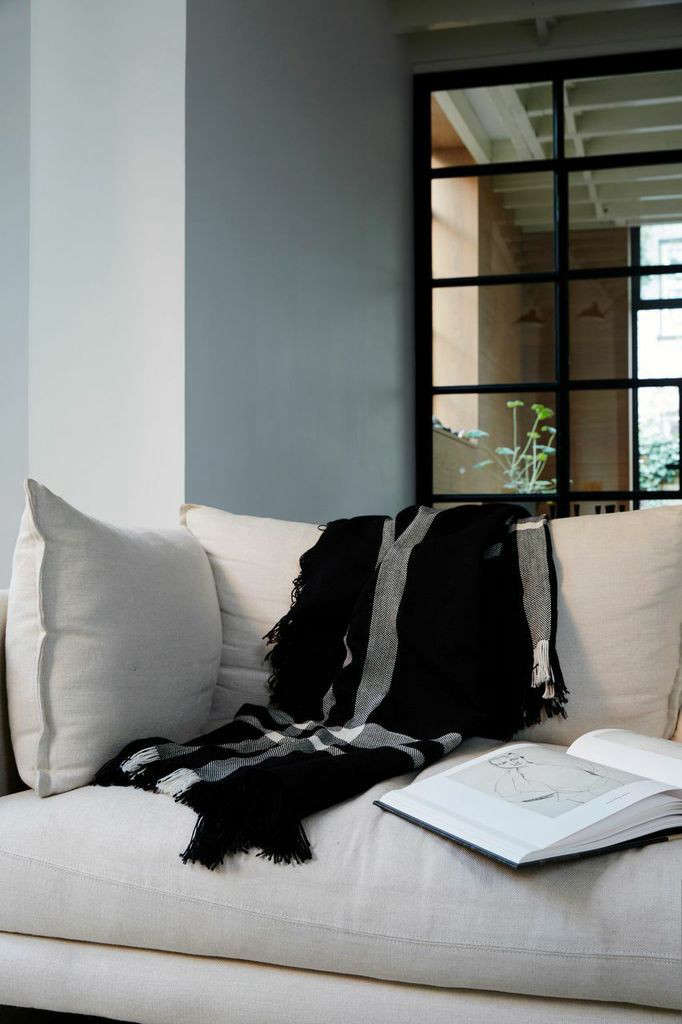 Above: The new fringed Monochromatic Plaid Blanket is handwoven from American alpaca yarn blended with silk and American wool yarn. It’s 55 inches wide and 85 inches long (big enough to work as a bedcover); $875. 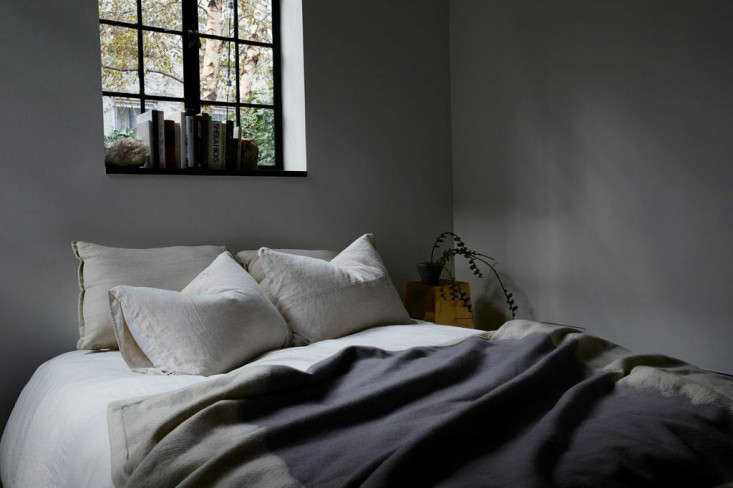 Above: The American Cashmere and Cormo Large Wool Throw (56 inches wide and 80 inches long) is made of needle-felted cormo, a soft wool from cormo sheep that Monteiro describes as having a cashmere-like “loft and fineness”; $795. 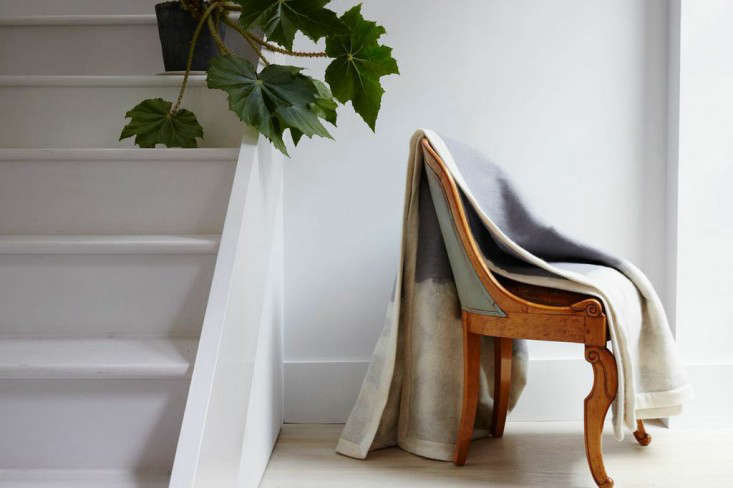 Above: Another view of the American Cashmere and Cormo Large Wool Throw. The design combines natural white cashmere and dyed gray cormo wool and is edged with cashmere; $795. 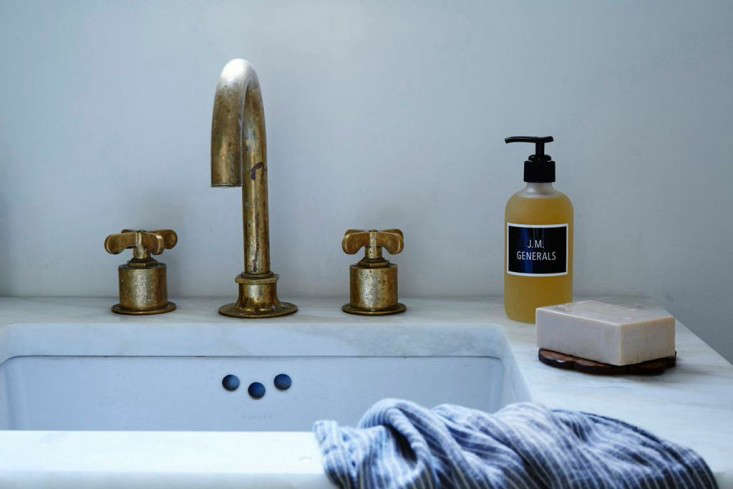 Above: Monteiro has fully gone to the goats: In addition to his textiles, he offers all-natural, American-made soaps, including Liquid Goat’s Milk Soap, $18 for eight fluid ounces, and Goat’s Milk Bar Soap, $10 each. Both are available unscented and in several fragrances, including plumeria and evergreen. 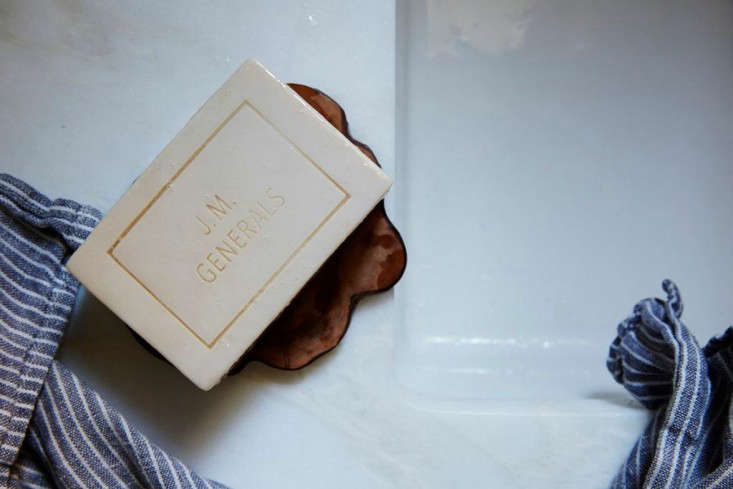 Above: Castile Goat’s Milk Soap bars contain at least one ounce of goat’s milk blended with olive oil; they come in an unscented and lightly scented version made from essential oils, such as tangerine and lavender; $9 each.

For more ideas, go to:

Steal This Look: The Ultimate Chef's Kitchen in Brooklyn