Last summer there was a different kind of star in the Bourne Legacy, and it wasn't Jeremy Renner. No, the character that stole the show was the home with the soaring spiral staircase—played by the Dr. Oliver Bronson House.

Universal Pictures looked all over New York State for a suitable”© location “©for”© the”© home “©of “©the”© film’s”© female lead, a scientist an “©avid”© old”© house “©restorer (played by Rachel Weisz). Once the the location manager laid eyes on Dr. Oliver Bronson's House, an important “©survivor “©from “©the”© Picturesque”© era “©in “©America architecture located in Hudson, NY, no other site would do. Eventually it was determined that the structure was too fragile to handle a complex action sequence, so production “©designer”© Kevin “©Thompson recreated the historic gem right down to the pealing wallpaper.

Originally built in 1812 as the Federal-style residence for Samuel Plumb, the house and grounds were reinvented in 1839-49 by architect Alexander Jackson Davis into a fully realized Romantic-Picturesque estate for Dr. Bronson. Despite its historical significance as the earliest extant design by Davis in the "bracketed mode," the Dr. Oliver Bronson House fell into obscurity when it was absorbed into grounds of the Hudson “©Correctional”© Facility. Abandoned in the 1970s, it suffered from years of neglect, until 1997 when Historic Hudson began a sustained program of advocacy for the house, leading to the property’s designation as a National Historic Landmark in 2003. 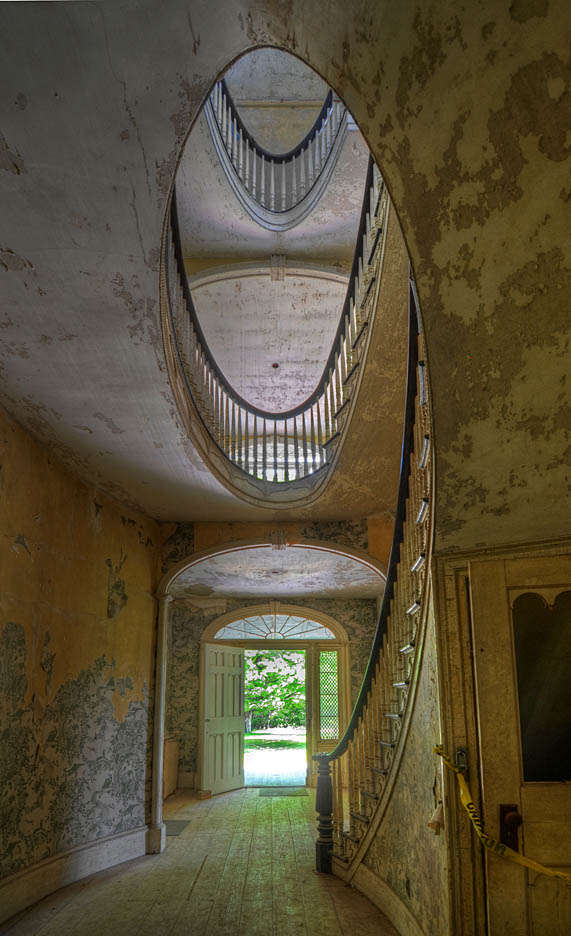 Above: The original Federal interior including the central staircase was largely preserved by Davis. Photo by Michael Fredericks. 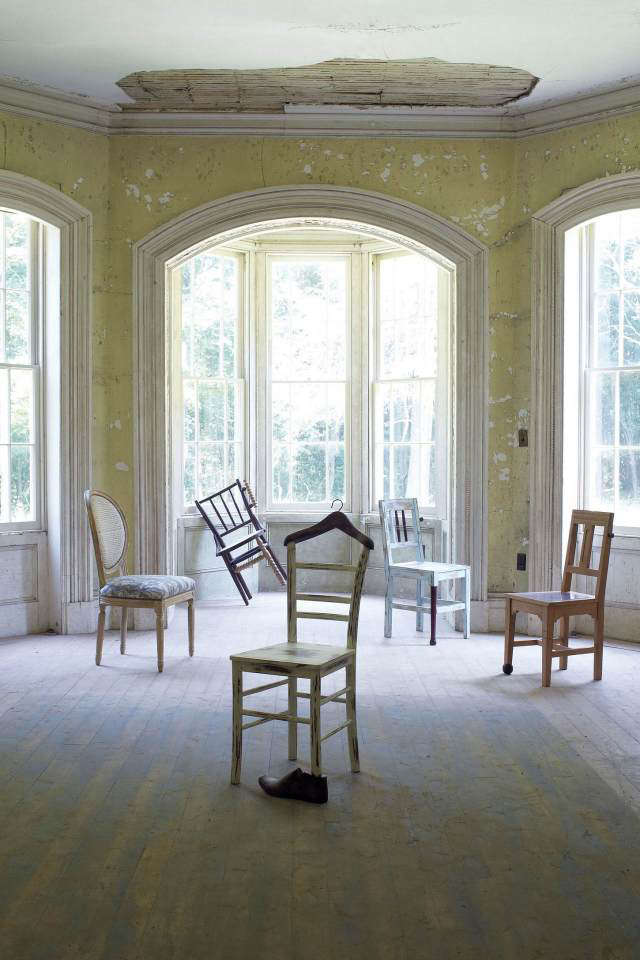 Above: Featuring dramatic bay windows, the sun-filled parlors created a elegant backdrop for an Anthropologie shoot. 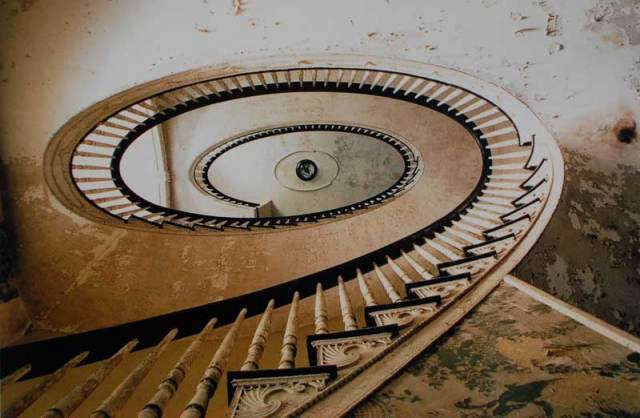 Above: Although the entire house is magical, the most spellbinding architectural feature is the soaring three-story elliptical staircase. Photo by Michael Fredericks. 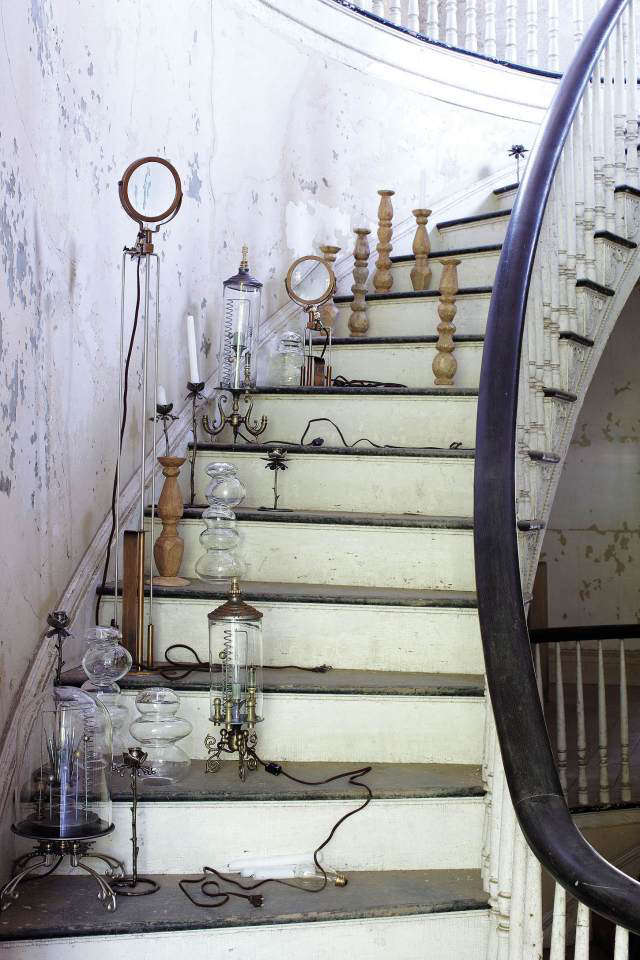 Above: The sweeping circular stairs also served as a stage for an Anthropolgie's catalog. 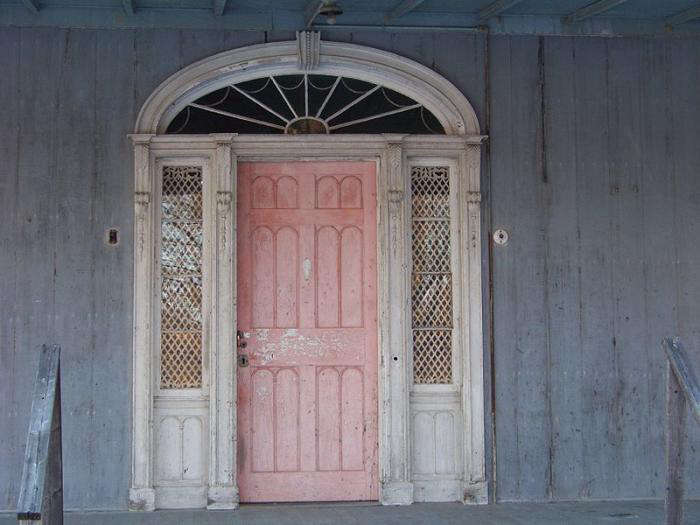 Above: The front door of the house exhibits a typical Federal fan window above. 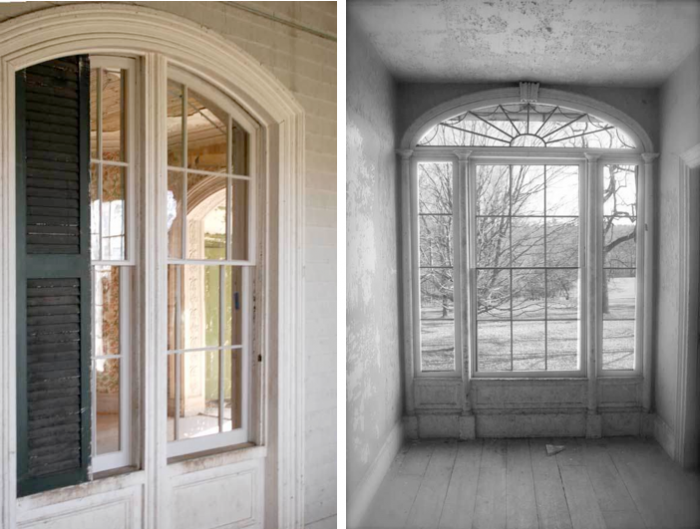 Above: Throughout the house, generous windows illuminate the dramatic architectural details inside. 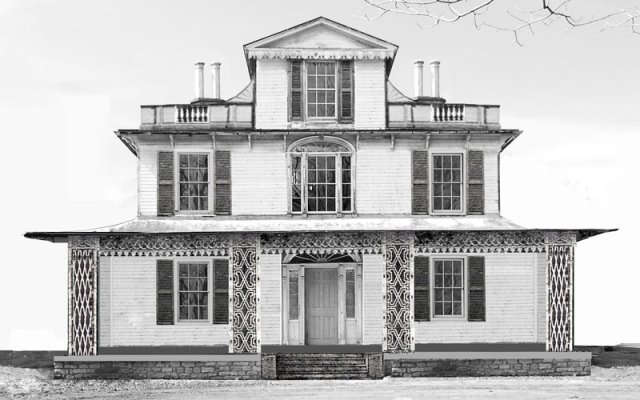 Above: A digital rendering of the East Verandah shows Davis' 1839 additions of elaborately filigreed Picturesque style porch, designed to create a physical link between the house and setting and to framed and filtered the light through architecture. 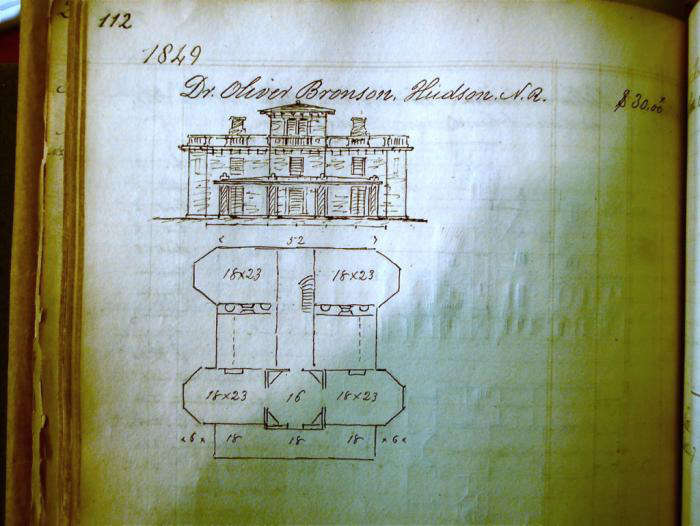 Above: An image of Davis's journal in the Avery Fine Arts Library, Columbia University in the City of New York shows one of the architect's nine drawings (for which Davis was paid a total of $30) of the 1849 addition to the west elevation of the house. 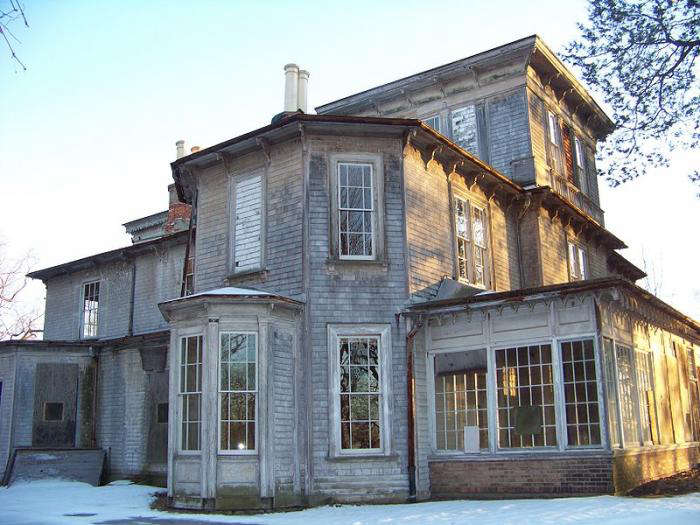 Above: The current Northwest view of the house. Phase “©I”© of”© the”© restoration/stabilization, “©including”© roofs”© and “©gutters,”© structural “©repairs, “©and”© restoration “©of”© selected”© architectural”© elements”© has been completed.”©”© Thanks in part to proceeds”© from “©the “©Bourne”© Legacy,”© Phase”© II, is now underway. 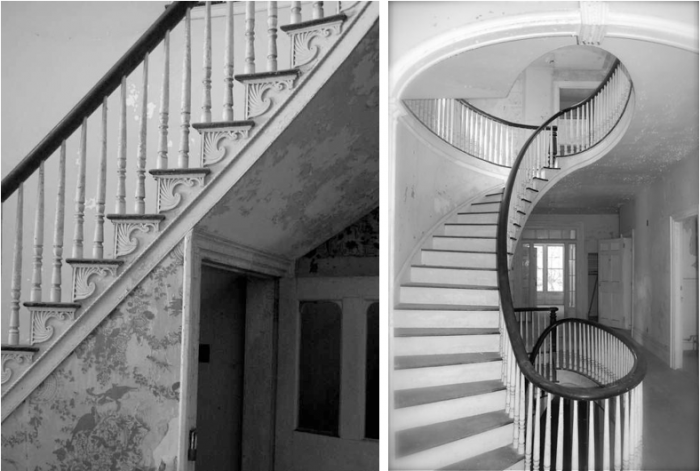 Above: More details of the breathtaking spiral stairs show the attention to detail existent throughout the house. 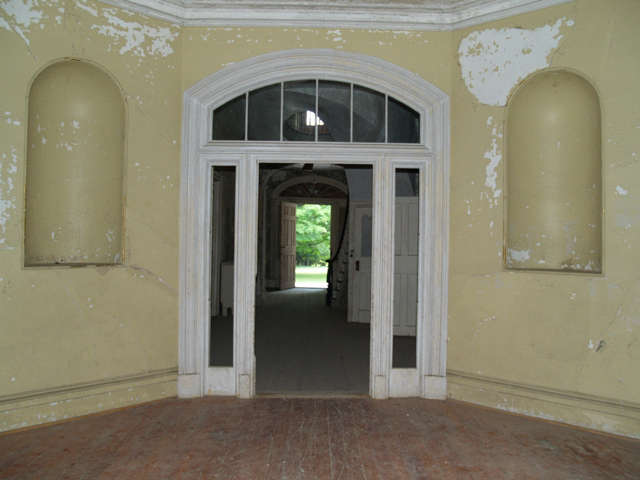 Above: In his 1849 addition which mirrored the original galleries of the house, Davis added an elegant enfilade of entertaining spaces connected by an octagonal gallery. Photo by Cherie Miller Schwartz. 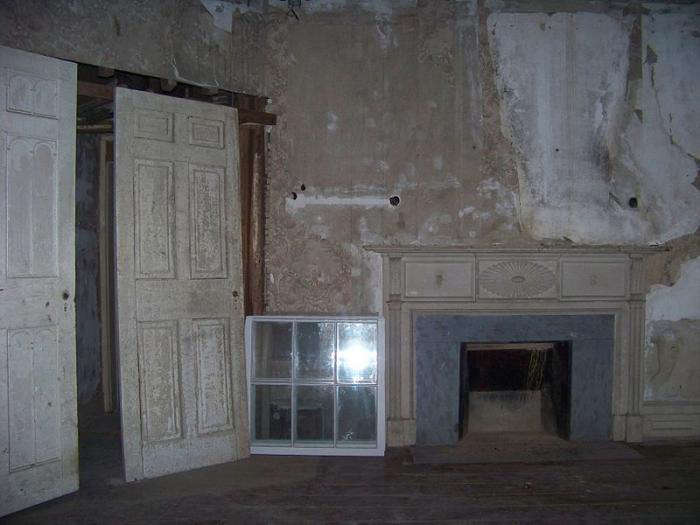 Above: One of two surviving Federal style fire places awaits restoration in the original wing. 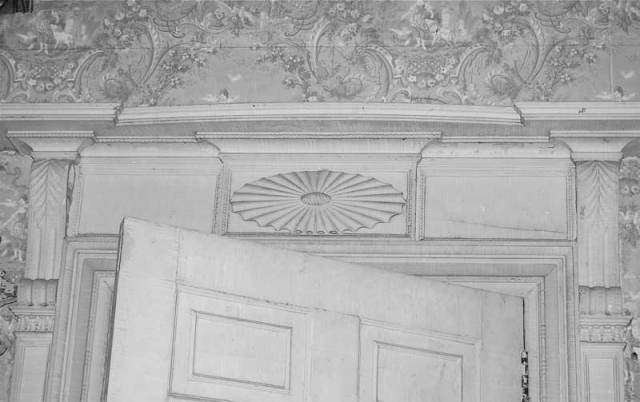 Above: Despite decades of neglect, much of the original Federal-Style woodwork has been preserved.

Should you wish to visit, Historic Hudson will open the Dr. Oliver Bronson House to the public as part of Governor Cuomo's Path Through History weekends, on June 1-2 and June 8-9 from 10 am to 5 pm.