Simple building blocks foster visual spatial skills at an early age and enhance creative thinking and problem-solving skills. Plus, they're just plain fun. Here are our nominees for the best blocks. 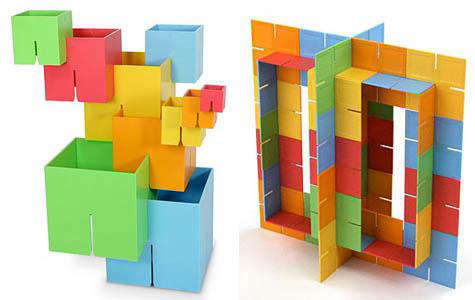 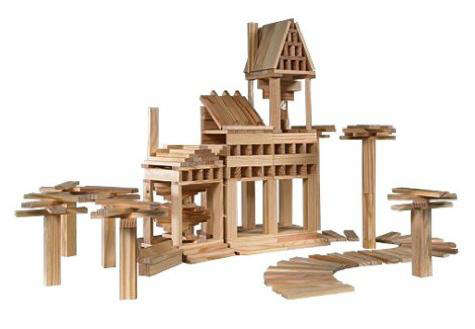 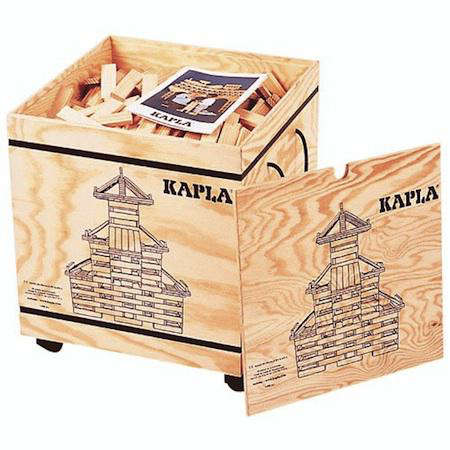 Above: Christine and Janet are devoted to Kapla planks (as are their offspring). Developed in France and exhibited at the Louvre, these blocks teach concentration, patience, and building skills; $60 for the Kapla 200 Blocks Set at Amazon. The 1,000-piece Kapla Blocks Set comes in a wooden storage box on casters; $299 at Amazon. 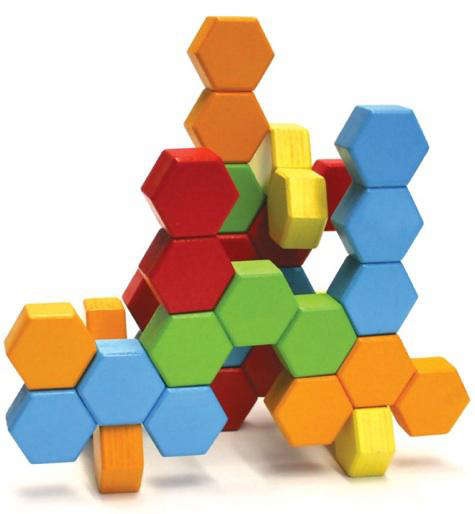 Above: The Hexactly set of blocks includes small clusters of colored hexagons; $24.95 at Fat Brain Toys. 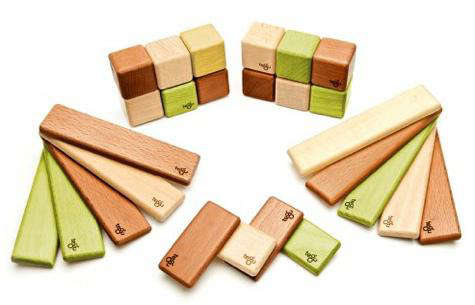 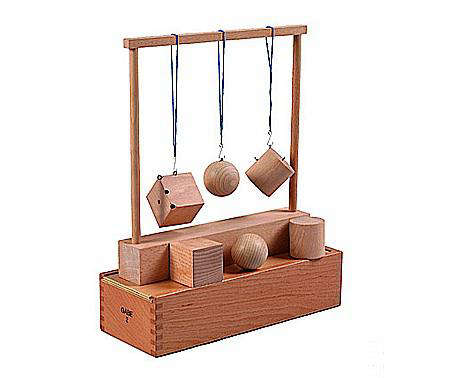 Above: Frank Lloyd Wright credited the Friedrich Froebel's Gifts blocks as fundamental to his mastery of geometric shapes. The Froebel Gift Set contains two 2-inch cubes, one 2-inch cylinder, and one 2-inch sphere that "demonstrates the connections between the sphere, cylinder, and cube in ways that no other toy or educational material does"; $44.95 at Froebel USA. 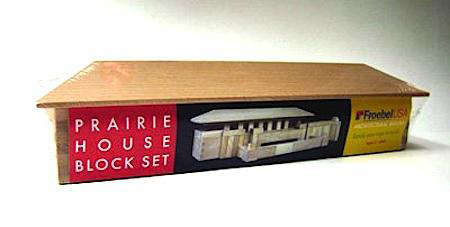 Above: Designed in Wright's seminal prairie style, Prairie House Blocks ingeniously integrate the storage box and lid as part of the play; $59.95 at Froebel USA. 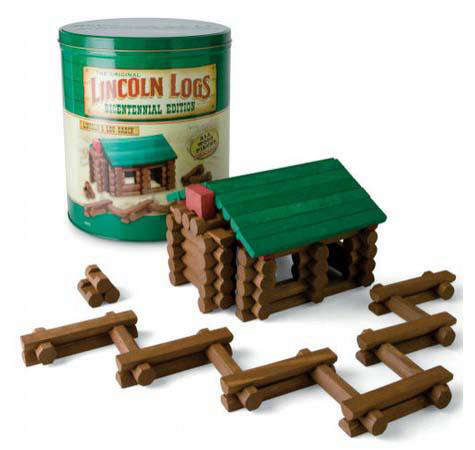 Above: Lincoln Logs were developed by Frank Lloyd Wright's son, John L. Wright, and were inspired by the interlocking logs his father used in the Imperial Hotel in Tokyo; $49.98 at Amazon. 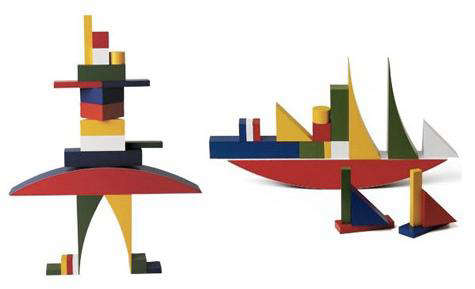 Above: Though most six-year-olds will be priced out of Naef's stylish Bauhaus Bauspiel Wooden Blocks, their design cred is worth a mention: Designer Alma Siedhoff-Buscher, credited as one of the first to take children's design seriously, created this game for the legendary 1923 Bauhaus exhibition Haus am Horn; $139.99 at Nova68. 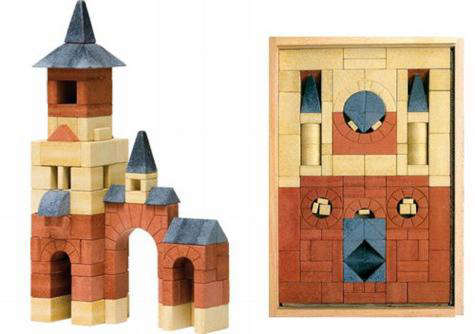 Above: For more than 120 years, Anchor Stone Blocks have mimicked real stone in weight, texture, and color: red brick, tan limestone, and blue slate (they were a lifelong favorite of Walter Gropius); $95.95 at Fat Brain Toys.

Furniture: Another Country Series One Furniture