In late 2000, the '80s New Wave musician couple Dini Lamot and Windle Davis moved from Hollywood to the Hudson Valley. Occasionally dressing in drag and always clad in silver spikes, Lamot and Davis were drawn to a 1906 Dutch-Jacobean building by Albany architect Marcus Reynolds that, by 2000, had become an abandoned nursing home.

Lamot and Davis restored the interior of the mansion to reflect its old world, palatial nature. Bedrooms at the inn are named by their paint color and each room is lavishly outfitted with Victorian and Mission furniture, 18th century prints, and the occasional reference to Lamot and Davis' former band. Read more about the early days of the inn at The New York Times and at The Inn at Hudson. 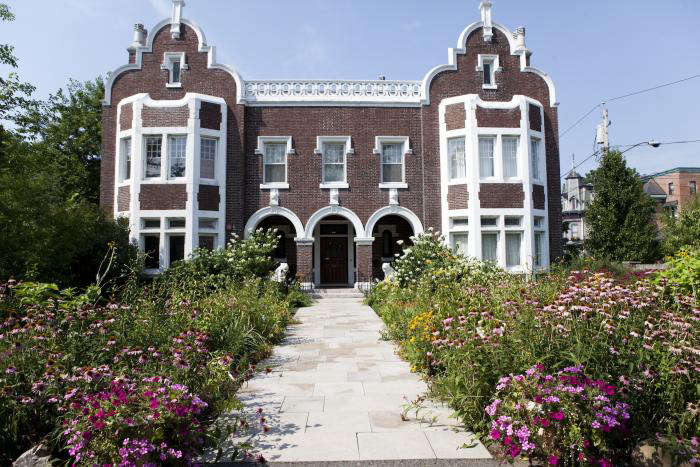 Above: The Inn at Hudson is 317 Allen Street in Hudson, New York. 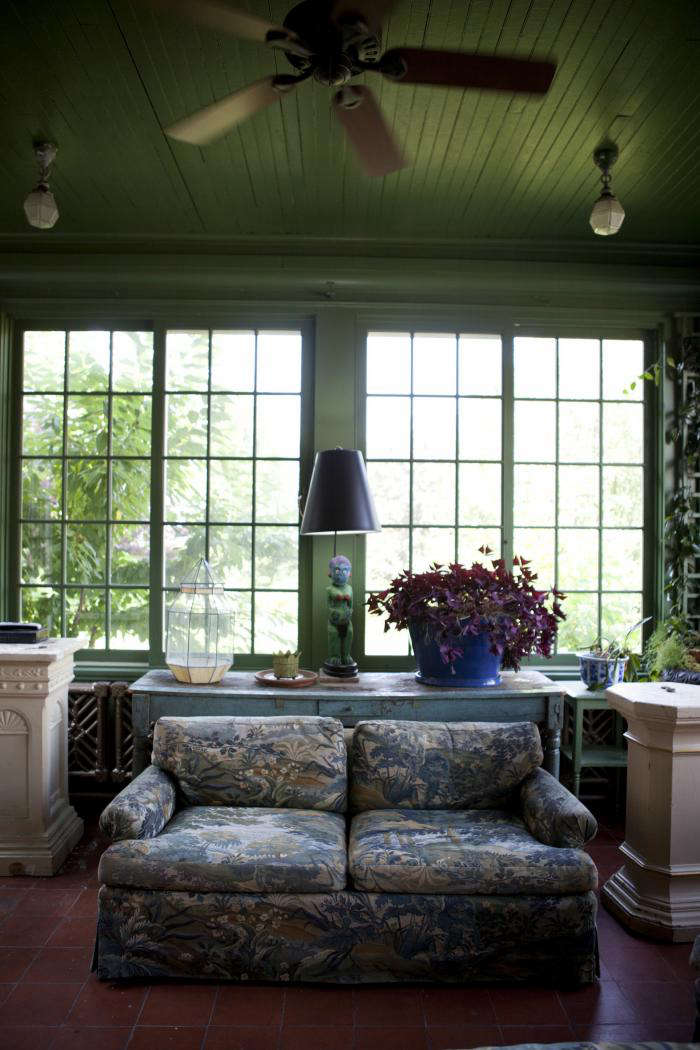 Above: The downstairs sitting room is full of eclectic lighting and furniture. 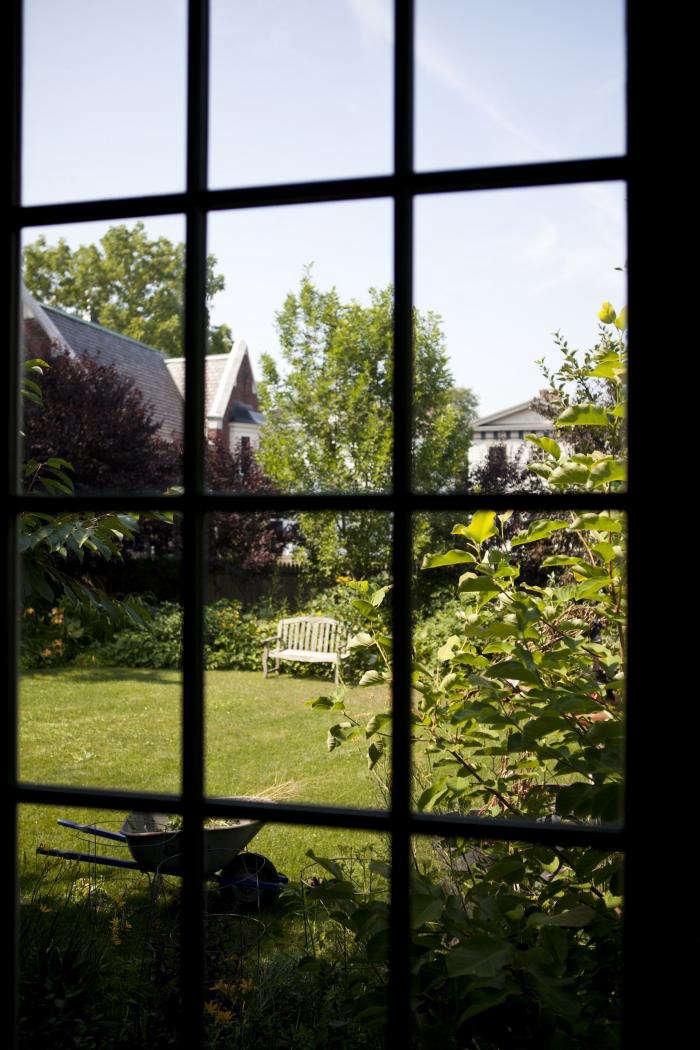 Above: A look to the outdoor courtyard. 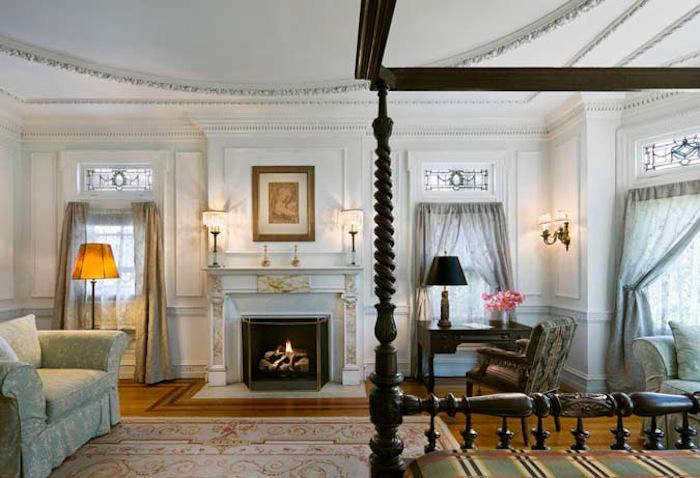 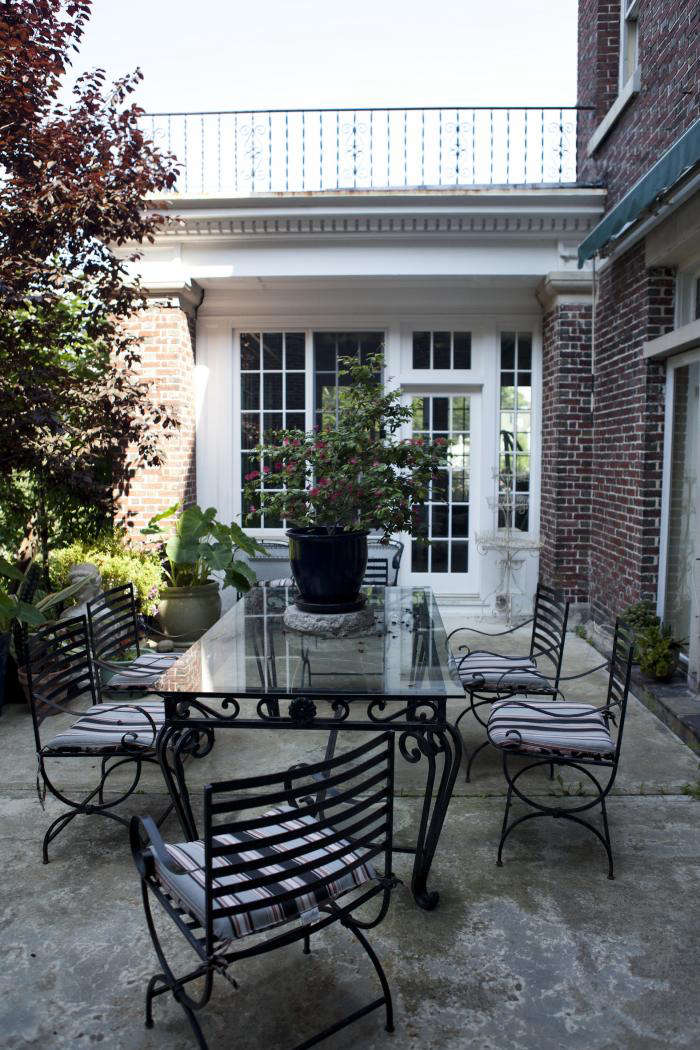 Above: A private patio at the inn.

N.B.: Looking for more nearby locations to visit? See 34 hotels, restaurants, and shops in our New York State City Guide.

A New American Standard at Canvas