Jasper Morrison calls his design philosophy “super normal,” and describes it as a celebration of ordinary house objects. “Things which are designed to attract attention are generally unsatisfactory,” Morrison says in the International Herald Tribune. “The objects that really make a difference to our lives are often the least noticeable ones, that don’t try to grab our attention. They’re the things that add something to the atmosphere of our homes and that we’d miss the most if they disappeared. That’s why they’re ‘super normal.’ ” His PlateBowlCup line of sturdy bone china dinnerware for Alessi is a case in point and takes you from breakfast and lunch to dinner. 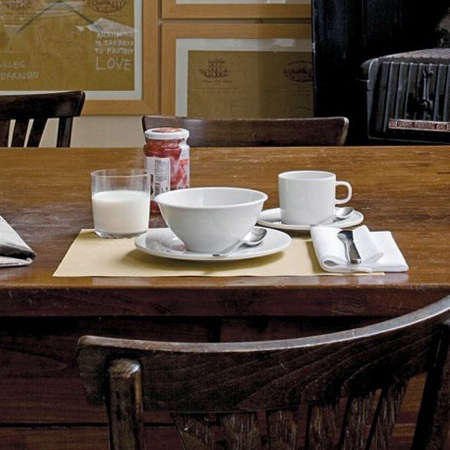 Above: A set of four Platebowlcup Dessert Bowls is $38 at A+R in Los Angeles. 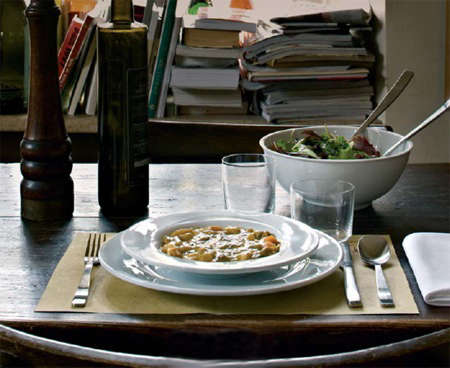 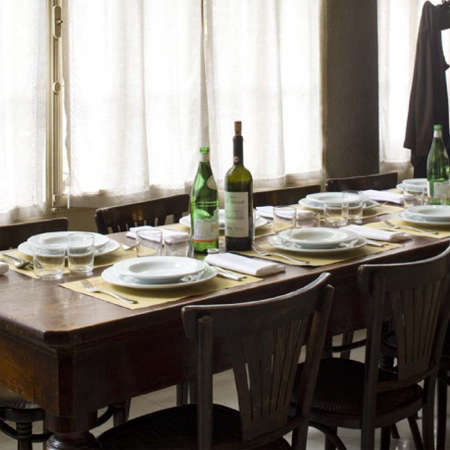 Browse our Gallery of Rooms and Spaces for more Tabletop ideas. And on Gardenista, see 10 Easy Pieces: Outdoor Dining Plates.