Located in the historic Seaport district of New York City, Pasanella & Son Vintners is a neighborhood wine shop (with an enoteca tasting room tucked at the back) housed in a onetime ship's chandlery built in the mid-1800s. At various times, the premises also housed a seaside bar and rooming house for sailors and served as headquarters for a fish wholesaler who supplied the old Fulton Market. For the design of the interior, owners Marco Pasanella and his wife, Rebecca Robertson, stayed true to the roots of the neighborhood: "We tried to respect the past without slavishly recreating it," Pasanella says. "The shelves in the front of the shop are inspired by Dutch shelves we saw in a house in Holland, we thought they were pretty and seemed appropriate for this old part of New Amsterdam. Likewise, the enoteca floor is local bluestone, the original New York sidewalk material." To peruse the offerings, including an array of gift items, go to Pasanella & Son Vintners.

N.B. Gilt City is currently offering a couple of specials from Pasanella & Son Vintners; go to Gilt City to investigate. 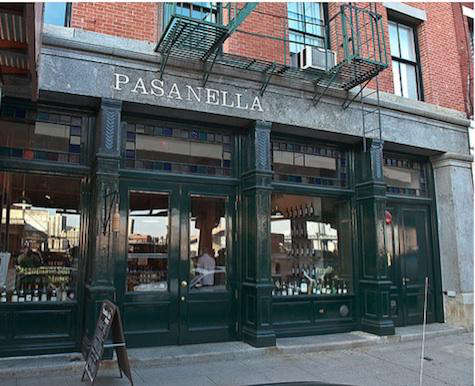 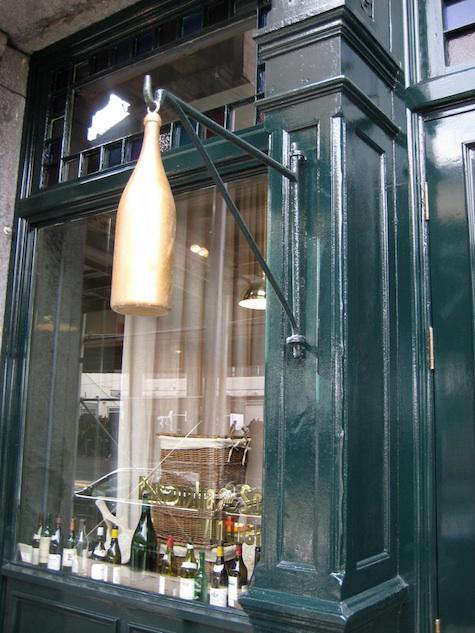 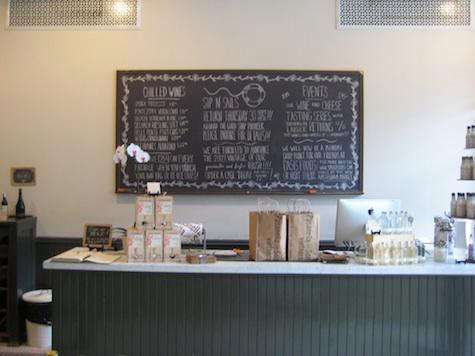 Above: "The custom high-gloss green-gray paint on the cabinetry and the storefront is from Fine Paints of Europe (we sourced it through Janovic)," Pasanella says. 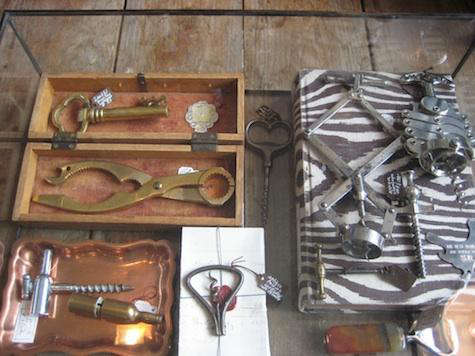 Above: Pasenella & Son sells an appealing selection of corkscrews and wine accessories sourced by Robertson (a Martha Stewart Living editor). 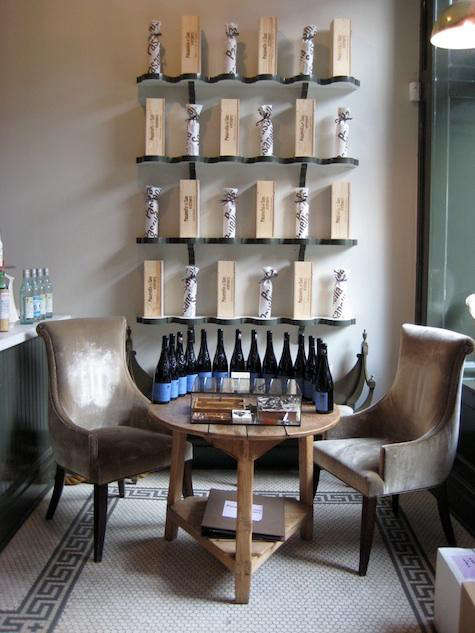 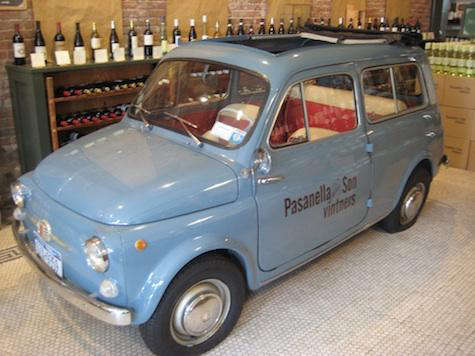 Above: A 1964 Fiat Giardiniera station wagon serves as a display case for a selection of wine from Burgundy and Italy. 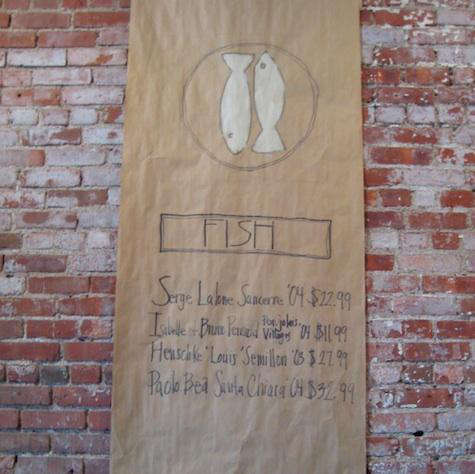 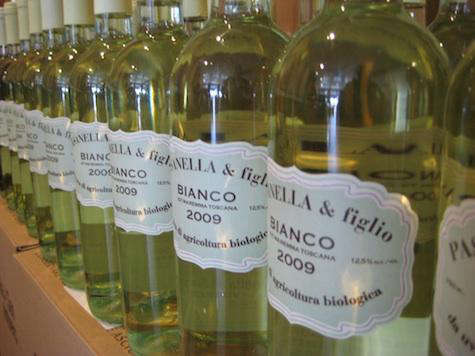 Above: "Because wine and food go together naturally, we organized the selections according to complementary recipes in addition to the standard, geographically organized bottles around the store perimeter," Pasanella says. 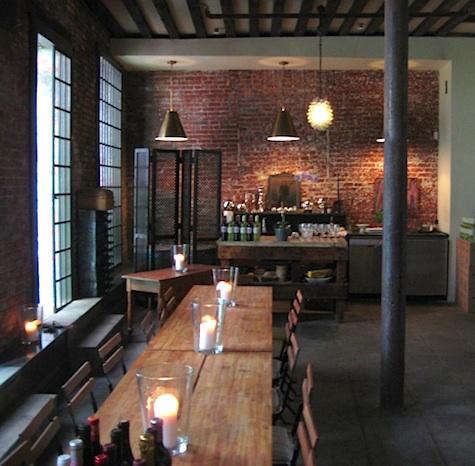 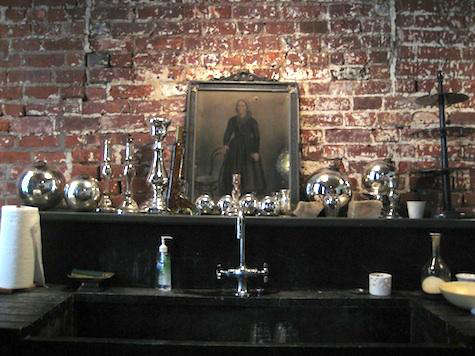 Above: "My favorite part of the shop is the tasting enoteca room in the back," Pasanella says. "It's the secret hideaway that New Yorkers dream about (at least I do)." 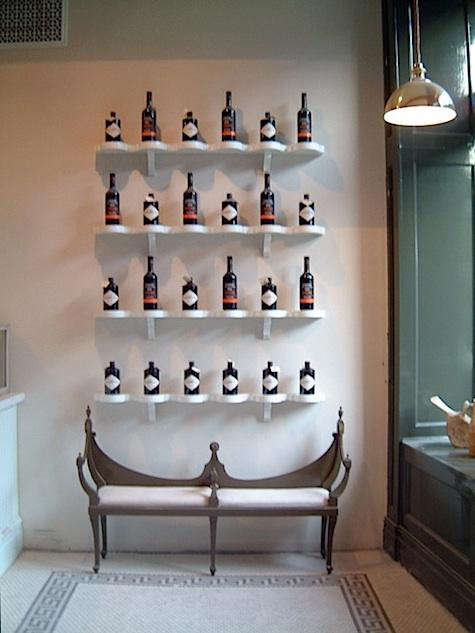 Above: Robertson spotted the lyrical entry bench on a SoHo street; "We rescued it from the sidewalk, painted it a custom high-gloss mossy green shade, and reupholstered it in Swedish linen," she says.

Above: Photos by Zak Profera.

The Writer’s Apartment: A Pastel Holiday Let in Bath, UK