Natasha Byers and Lisa Jenkins wanted to create a home away from home, a place that felt personal and relaxed, where people could “meet, stay a while, enjoy homemade baked goods, great coffee and tea, and simple yet clever food…” What they come up with is Toast House, in Ilkley, West Yorkshire, where freshly sliced toast is the crucial ingredient. The homemade approach extends to the decor. Natasha, a self-described magpie, and Lisa, whose background is in design, peppered their cafe with industrial modern and vintage objects against an airy white background flooded with natural light. “Many items belonged to family members and hold much sentimentality,” says Natasha, whose mother owned an antiques business. The food, which is all made on the premises, is designed to illicit a “Proustian effect.” No wonder then, that after only seven months, Toast House is already gathering quite a crowd.

Photographs via Toast House and Deborah Beau of Kickcan and Conkers. 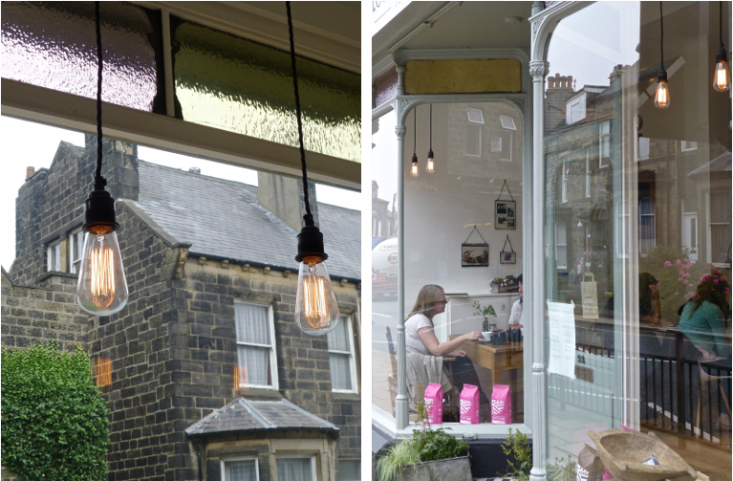 Above: The Toast House setting could not be more quintessentially English. 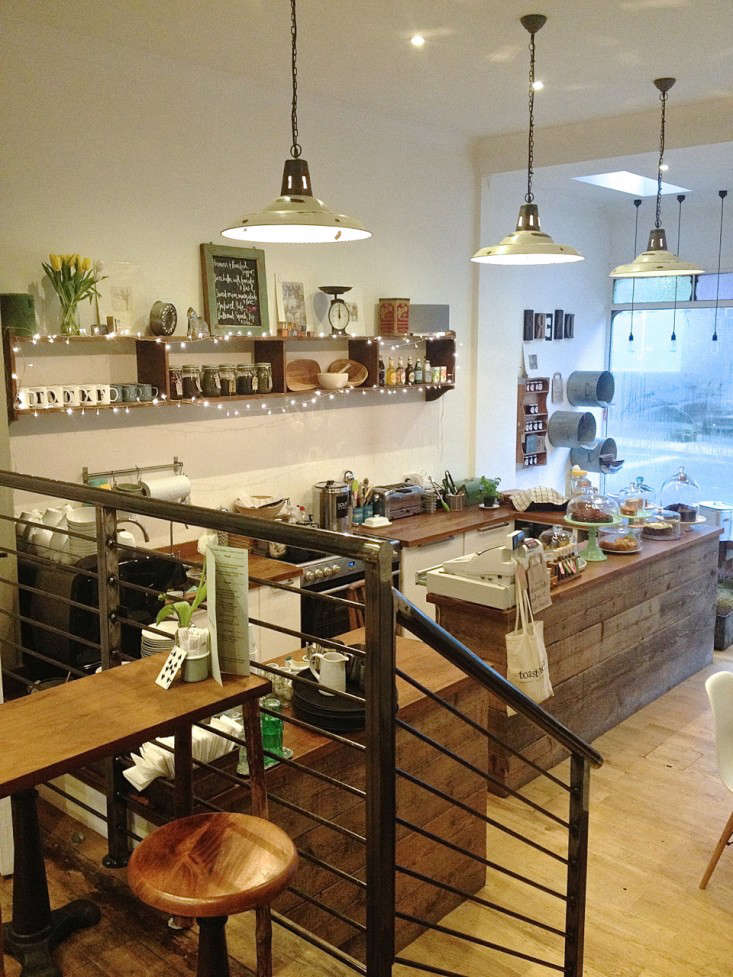 Above: Under the glow of vintage industrial lights, Natasha and Lisa make all the dishes at a counter built from recycled wood. 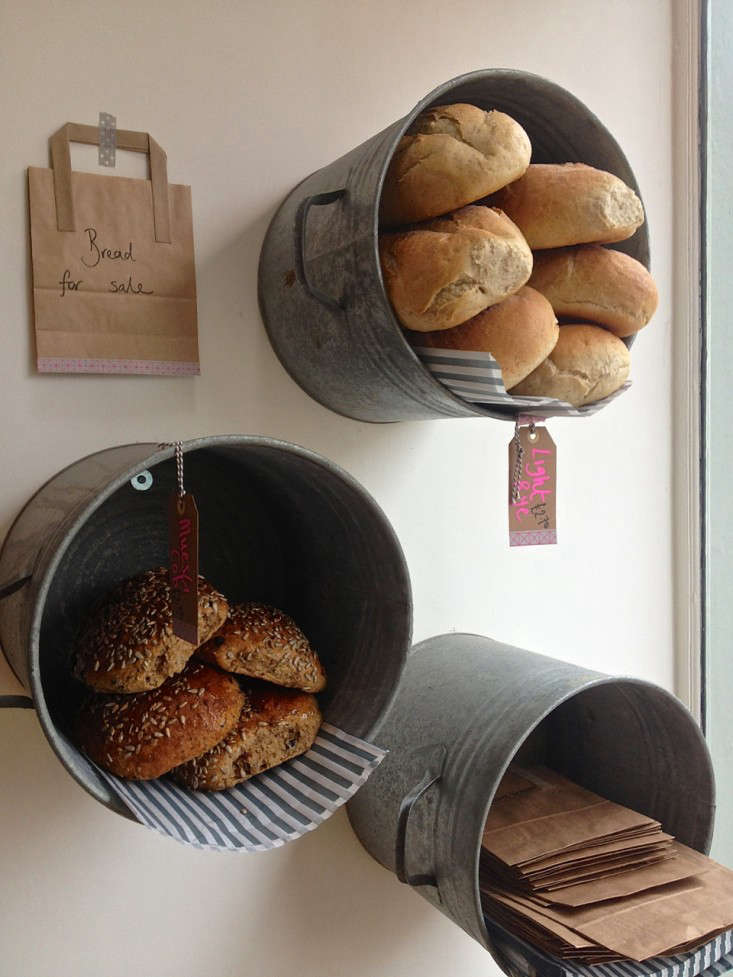 Above: Do try this at home: vintage tin containers put to use as wall storage. 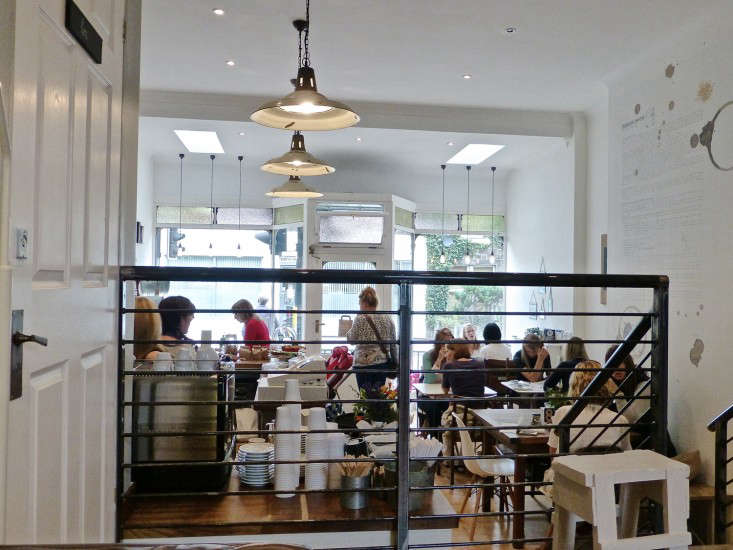 Above: “Bake it and they will come” seems to have been the adage for this homey yet sophisticated coffee house. Though Toast is off the beaten path, Natasha and Lisa felt confident that the welcoming space and menu would bring people to their door. 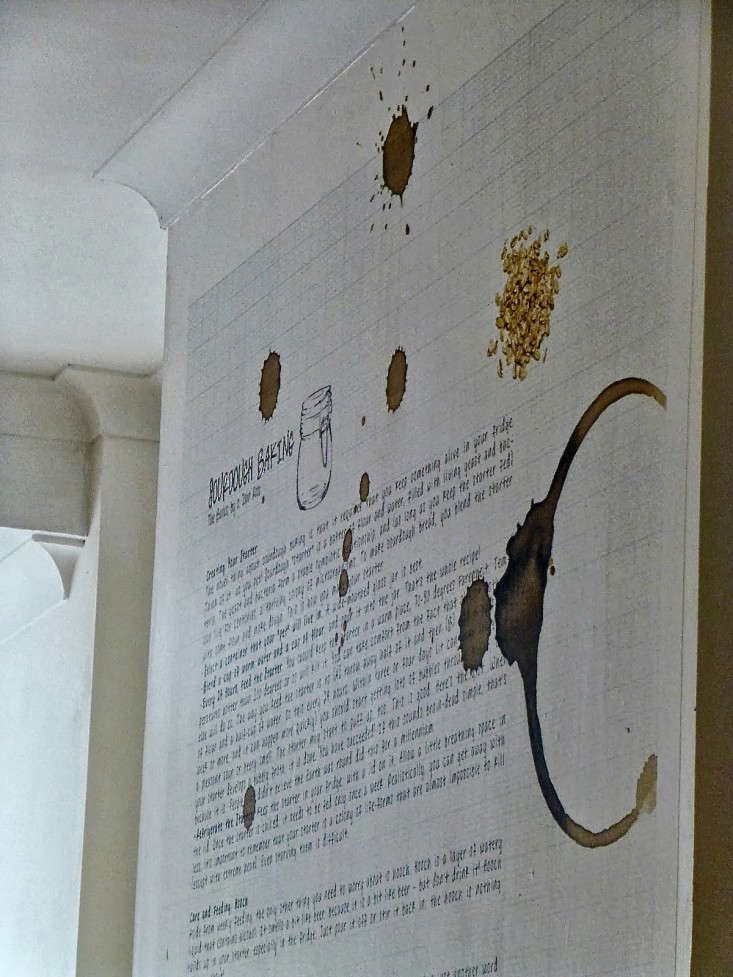 Above: Clever touches, like an enlarged recipe for sourdough bread, complete with coffee ring, add a touch of humor.

Above: “Greatly accepting family donations,” Natasha and Lisa created an eclectic interior that feels like an extension of themselves. (Since both are mothers, they included a kids’ creative corner.)

Above: A collection of vintage toast racks stands as reminder of the cafe’s theme. And lest you think that toast is rather limiting, Natasha’s and Lisa’s myriad offerings include toast with toppings such as mackerel pí¢té and sweet onion marmalade and brie, as well as desserts, like bonoffee pie on toast and brioche with homemade ice cream. In addition, Deb of Kickcan and Conkers raves about the cappucino, the salt caramel flapjacks, winter carrot cake, and courgette and coconut cake (“Could you say no?” she asks). 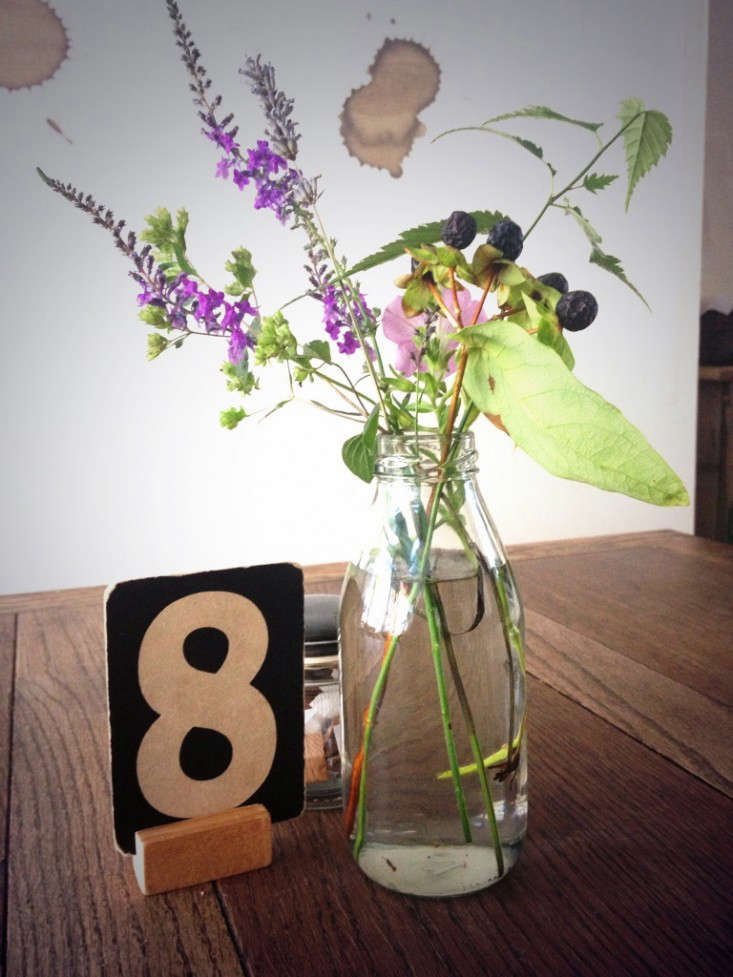 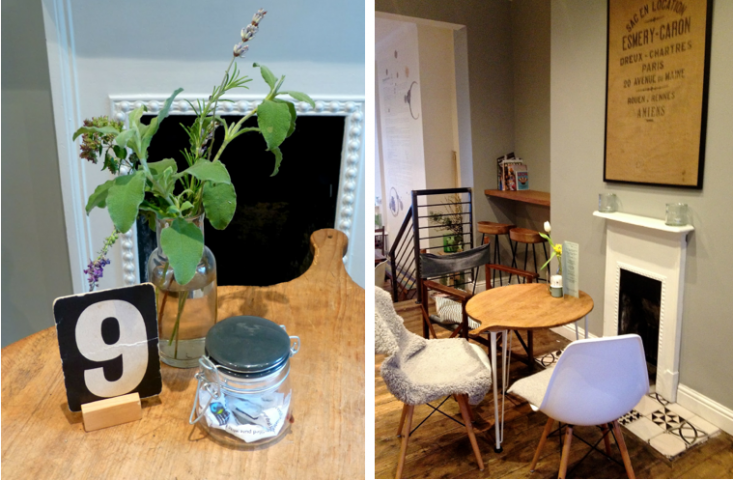 Above: A framed antique flour sack–Lisa’s grandparents owned a flour mill in Germany–hangs above a sitting area with a table made from a breadboard.

N.B. Suddenly, hungry for toast? We’ve rounded up our Top 10 Favorite Toasters. After your visit to Toast House, you might want to walk off your meal with a stroll around the kitchen garden at Scampston Hall, also in Yorkshire.

Below: Toast House is at 22 Leeds Rd, in Ilkely, West Yorkshire:

DIY: An Industrial Wall Light for $15