Our favorite recent London culinary discovery? PipsDish in Hoxton Square, a lunch and dinner popup located on the lower level of the British Standard Showroom. Philip Dundas, a former BBC-producer-turned-kitchen-entrepreneur and his cooking partner, Mary Doherty, create improvised meals in their below-stairs kitchen, driven by their highly honed instincts and what they’ve found at the market that morning.

Philip came to restaurant entrepreurship in a roundabout way; a former BBC producer and food writer for the Guardian and The Scotsman, he started his blog, PipsDish, as a way to share “ideas about great cooking–mine and others.” In 2010, he was inspired to write his first book, Cooking Without Recipes, by his father’s late-life discovery and passion for cooking. Next, he began hosting supper clubs in his East London apartment and, after a residency in a London pub kitchen, Philip is now setting up pop-up kitchens across London to promote community through food and is working on a new restaurant in Covent Garden. 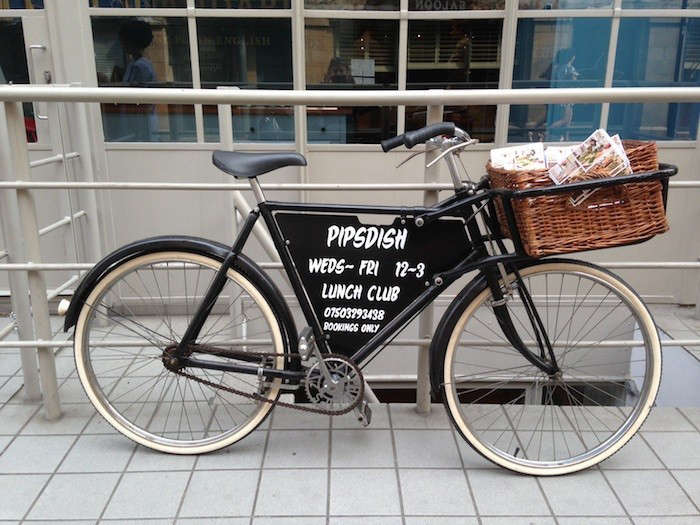 Above: PipsDish in Hoxton Square can be booked for private lunches and dinners for 10 people; it’s also open as a lunch club on Thursdays and Fridays, with two sittings:12pm and 1:30pm; £20 per person. Private events can be scheduled for £35 per person. To make a reservation, call 07503 293 438 or email [email protected] Photo by Julie Carlson. 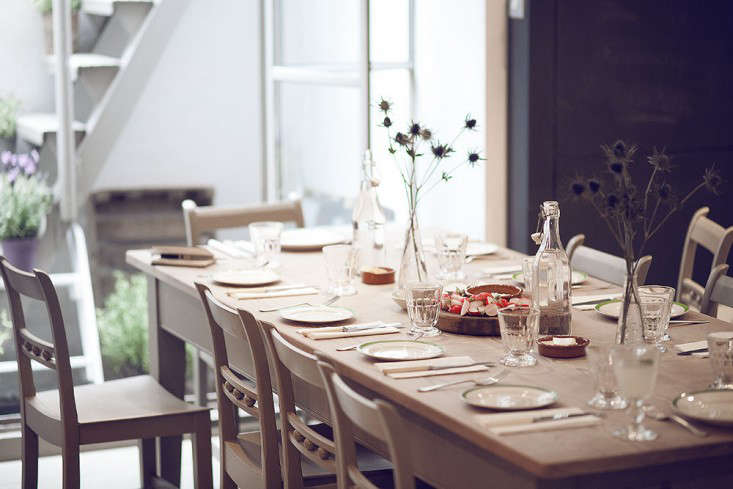 Above: Typical in many London houses, the kitchen is in the basement, with a service stair leading to the street. British Standard kitchen designs are on display on the first floor (for a peek, go to A Kitchen for the People, Courtesy of Prince Charles). 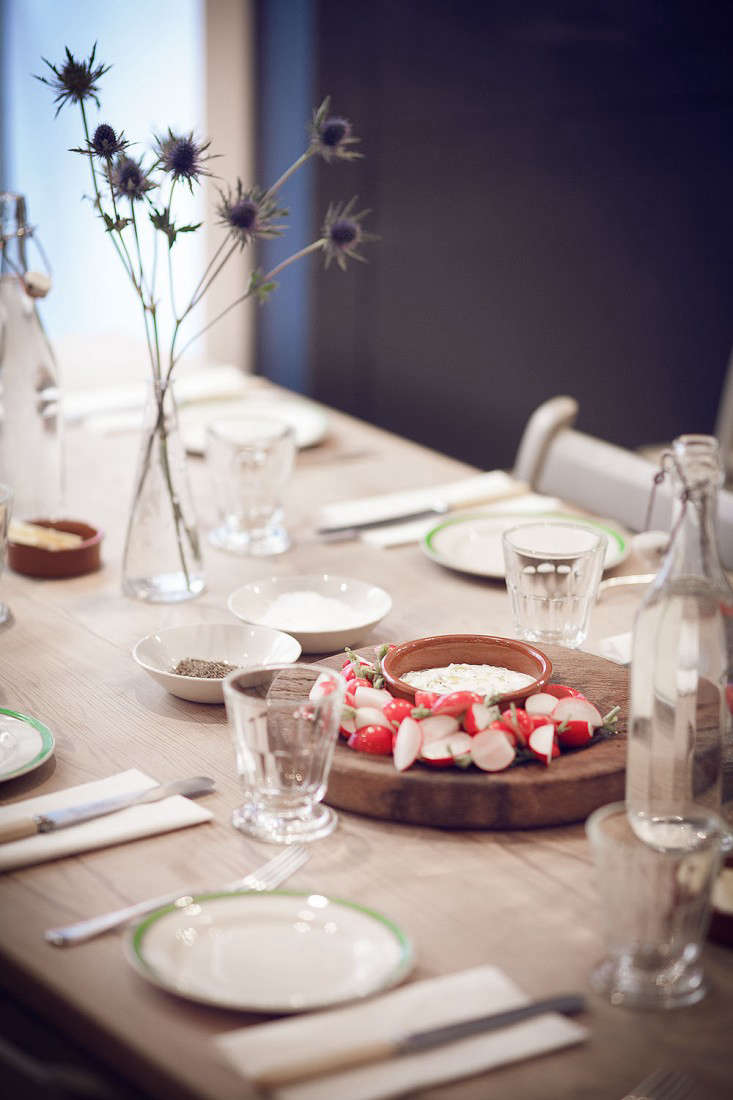 Above: Philip and Mary set the table with china from an old Scottish country house. 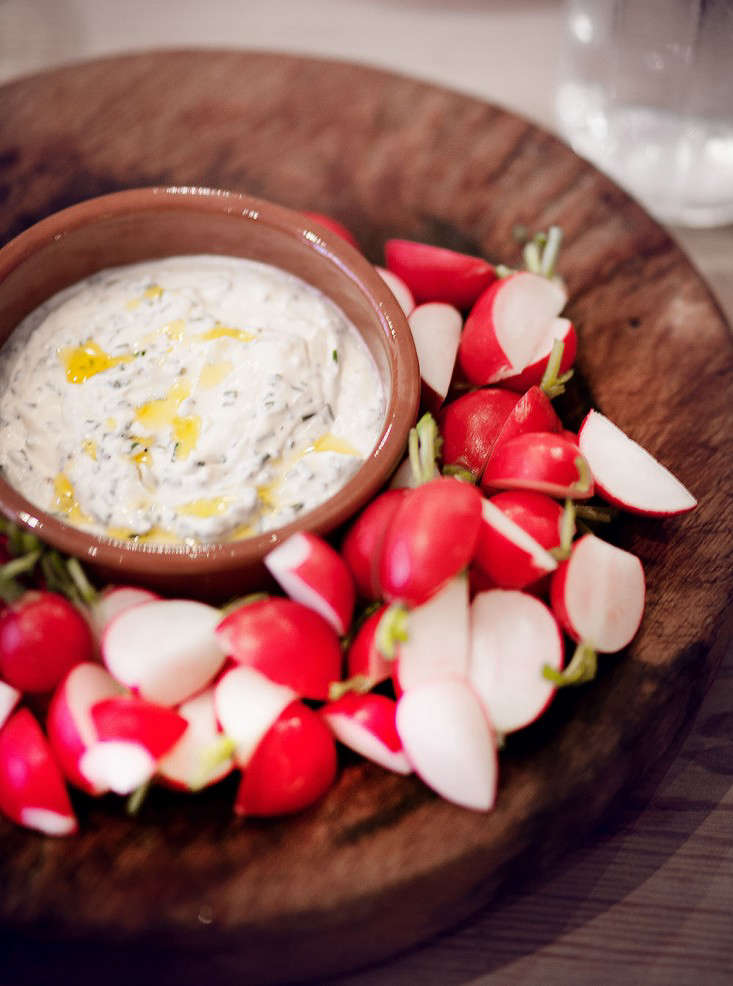 Above: “What we cook is informed too by the weather and the mood of the day,” Mary says. “French breakfast radishes always look so fresh and perky on the table, inviting you to their peppery crunch. And having bought some amazing English goat’s cheese that morning, we thought the combination of its freshness with a goats’ cheese and herb tzatziki would stir the palate into action on a hot day.” 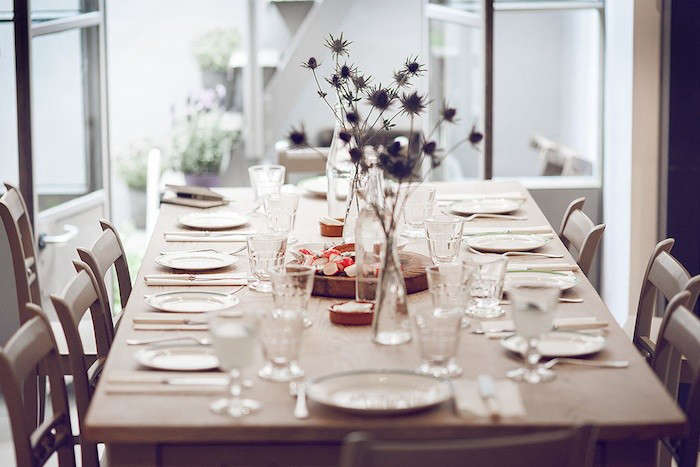 Above: Glasses from La Rochére, a French company that has been making glassware since 1475, add a rustic continental flair. Philip sources his cutlery in second-hand shops and antique fairs; the vases are from Ikea. 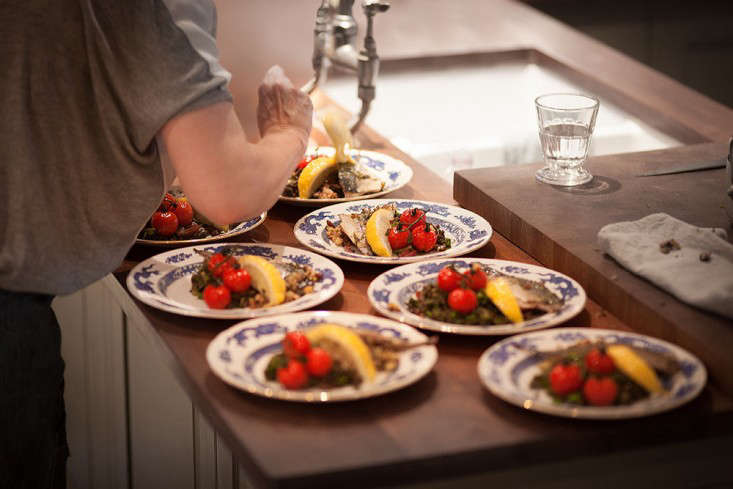 Above: “We’re always tempted by colors and textures when we’re shopping; we want the kitchen to come alive with the ingredients we are cooking,” Philip says. “Mackerel from Cornwall are firm-fleshed with their silvery skins, and they roast quickly in our Everhot range; we served them with Sicilian breadcrumbs, pine nuts, sultanas, lemon, and parsley with sautéed red chard and lentils.” N.B.: Desert was well suited to the hot sultry weather, an apricot, raspberry meringue parfait. 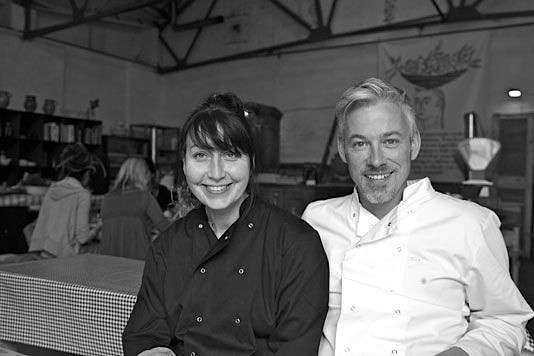 Above: Mary and Philip; photo via The London Luxe. 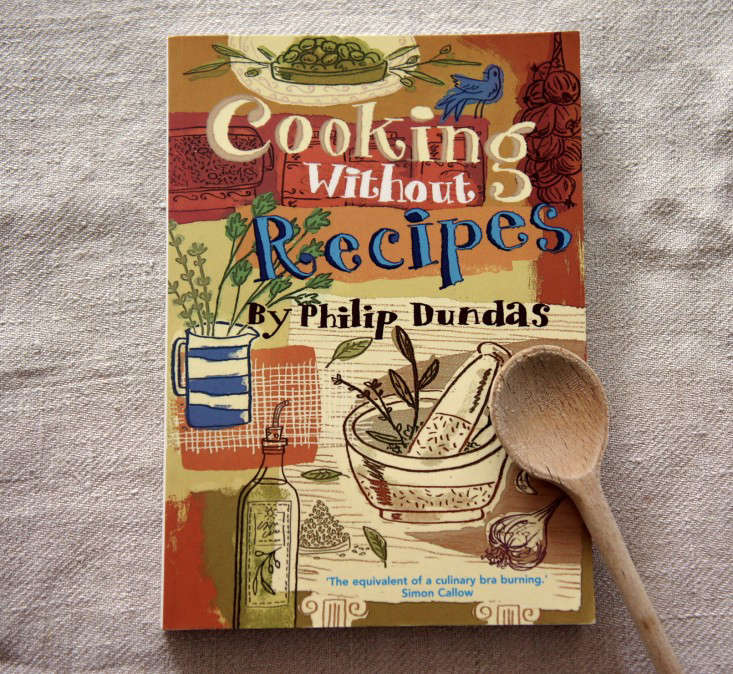 Above: Cooking Without Recipes, with a forward by Simon Callow, is $13.08 via Amazon and £9.99 via Amazon.co.uk. Philip wrote the book for “all those people who are fed up with lists and measurements and want to learn to cook what they like to eat, from the heart.” Photo by Christine Chang Hanway.

And after lunch, we went around the corner and visited the Goodhood Lifestore, Hoxton’s latest in home ware and lifestyle goods.

See map below for location of PipsDish Hoxton in the British Standard Showroom.