In 2005, San Francisco-based photographer Leslie Williamson decided to make a list of the houses of her favorite architects and designers with the idea of visiting them all in her lifetime. As she was creating her lineup, she realized there wasn’t a book that collectively documented these dwellings, and resolved to create one herself. That was the start of a journey resulting in two books to date, Handcrafted Modern: At Home with Midcentury Designers, which was released in 2005 and focuses on US designers, and Williamson’s just-released, Modern Originals: At Home with Midcentury European Designers.

The new  volume explores the houses of designers both noted and lesser known, and though focused on design and architecture, Williamson writes that she felt she was “meeting these peoples as human beings through being in their homes and learning about their everyday life.” Along the way, she captured places that are still lived in, as as well as houses that are preserved with personal effects all still in place. The result is a refreshingly new perspective on midcentury designers whose work we may be familiar with, but whose own rooms provide us with an intimate glance behind the scenes. 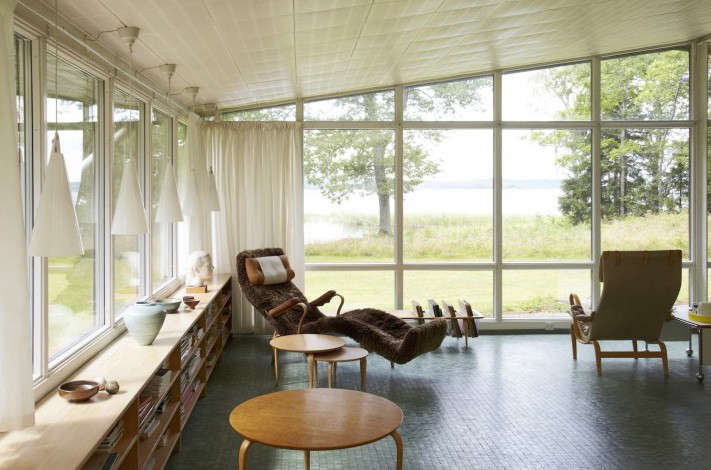 Above: A wall of windows in Bruno Mathsson’s living room overlook a lake in the countryside outside Värnamo, Sweden, and are  furnished with his own designs, including the Pernilla 3 chair with a lambswool cover. 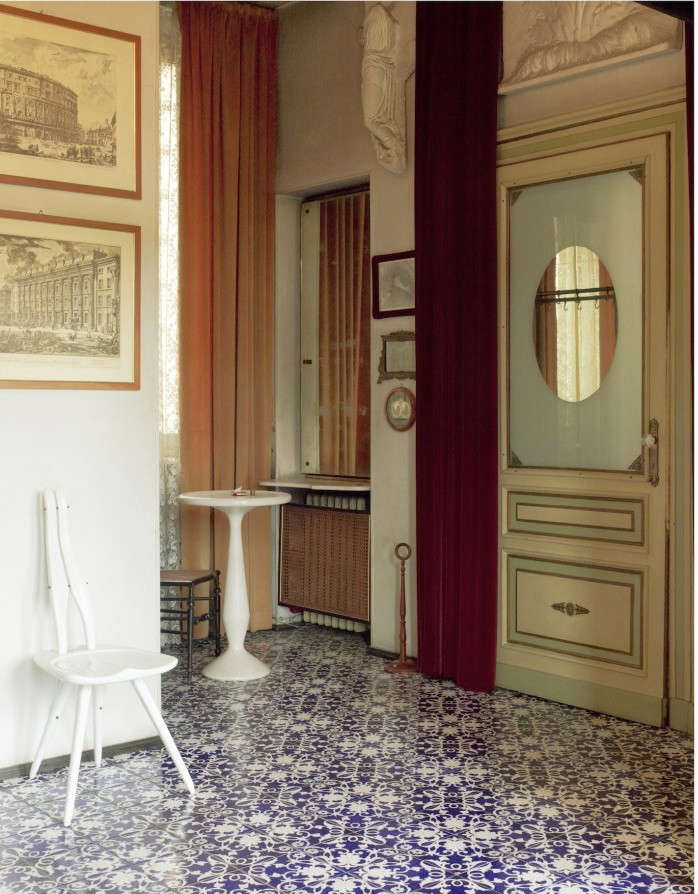 Above: The tiled entry to Carlo Mollino’s apartment in Torino, Italy, is flanked by red velvet curtains and has an iconic white chair and marble table and by the iconic designer, who is said to have said, “Everything is permissible as long as it is fantastic.” 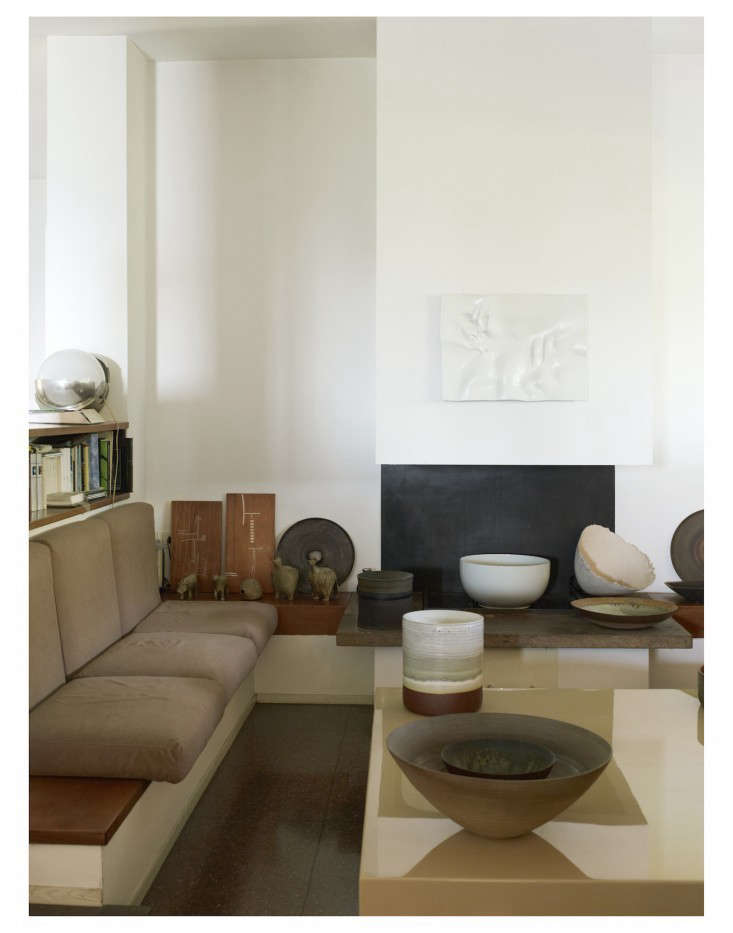 Above: The living room of Italian designer Lino Sabattini–whose career was launched by Gio Ponti in the fifties–showcases his works in glass and ceramics. 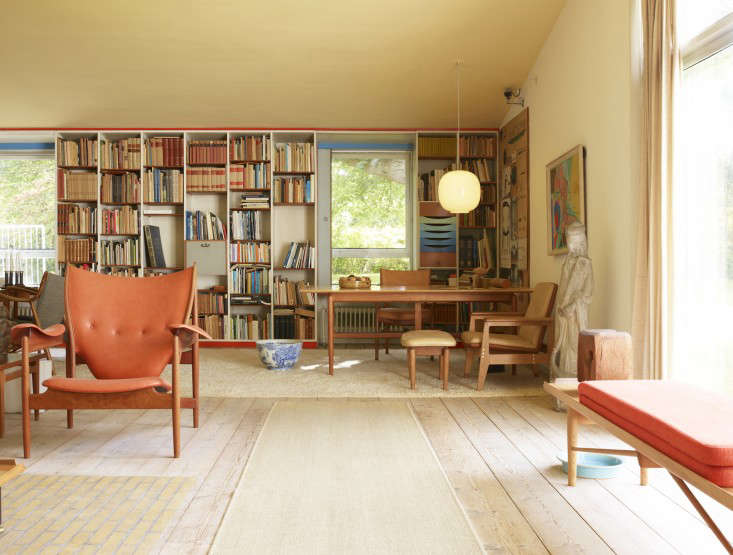 Above: The open-plan living room in Finn Juhl’s house in Denmark. Williamson tells us that before he became a furniture designer, Juhl trained as an architect: “Finn Juhl’s color sense really made an impression on me. I love the subtle shift of color to the yellow ceiling, and how he controls where your eye moves with pops of coral and blue throughout the room. “ 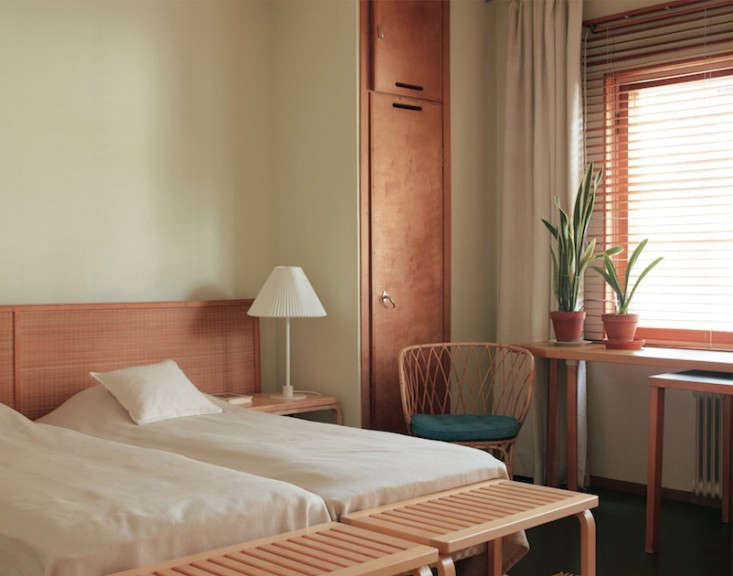 Above: A bedroom in Alvar Aalto’s Helsinki home with his modern classic Artek Bench at the foot of each bed. 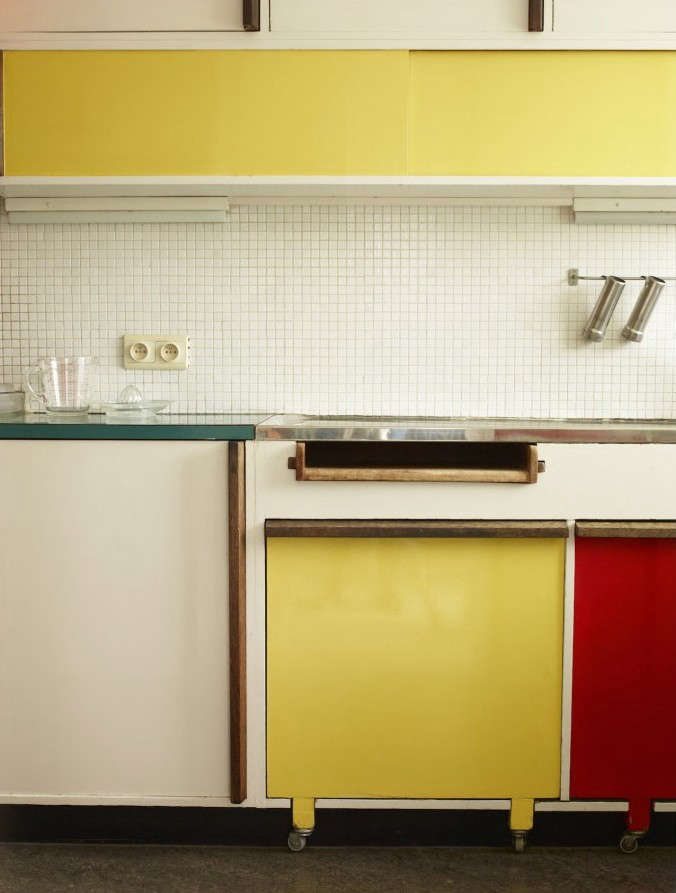 Above: The bright Antwerp kitchen of Belgium’s leading modernist architect, Renaat Braem, who apprenticed with Le Corbusier. Williamson notes in her introduction that she loved discovering these designers’ solutions for everyday living: “This might be a little crazy but Braem’s under-sink cabinet on wheels made me so happy! Who doesn’t lose stuff in the back of your undersink cabinet? Brilliant solution, right?”

Modern Originals: At Home with Midcentury European Designers written and photographed by Leslie Williamson, and published by Rizzoli, is available from Amazon for $35.26.

See our post on Leslie Williamson’s companion book, Handcrafted Modern: At Home with Midcentury Designers. And go to Required Reading for more of our design book suggestions. Five-Plant Gardens? Read about this new book on Gardenista.

Required Reading: ‘Still Lives: In the Homes of Artists, Great and Unsung,’ by Leslie Williamson