A roundup of spaces (both interior and exterior) featuring steel windows and doors, from the Remodelista Architect/Designer Directory. For ideas on steel door and window manufacturers, our previous post on Steel Window and Door Fabricators has four suppliers that come highly recommended by several architects and builders we quizzed. 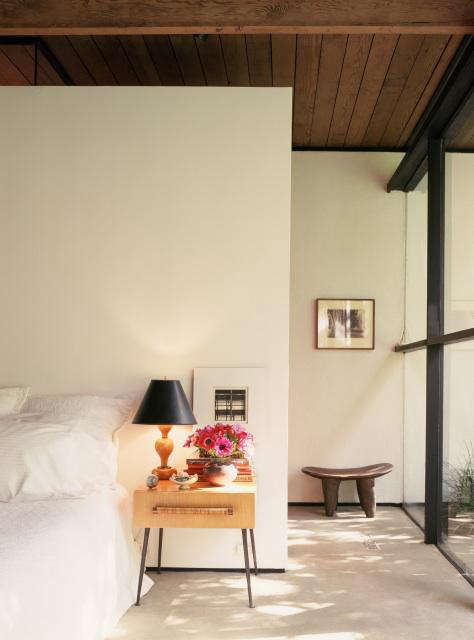 Above: A bedroom featuring floor-to-ceiling steel windows, by Laura Clayton Baker of LA-based The Uplifters Inc.; photo by Tim Street-Porter. 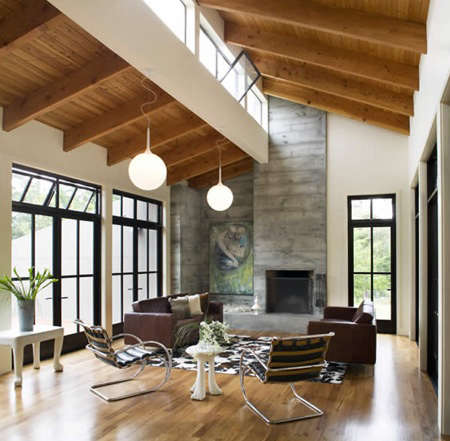 Above: A house in Northern California (with windows and doors by Bonelli) by Berkeley-based Gustave Carlson. 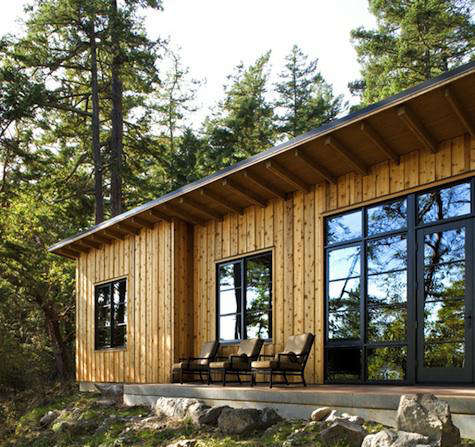 Above: A house in the Pacific Northwest by Greene Partners. 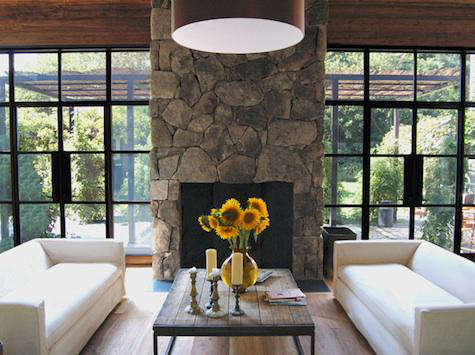 Above: A house on Shelter Island by NYC-based Schappacher White. 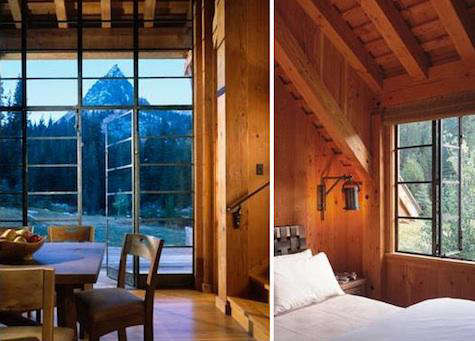 Above: A cabin in Northern California by San Francisco-based Walker Warner Architects. 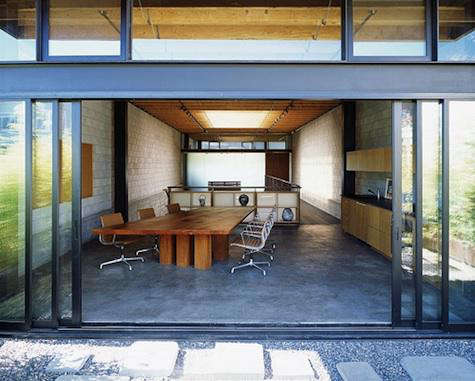 Above: The conference room at Sagan Piechota Architecture's San Francisco offices opens onto a deck via sliding metal doors. 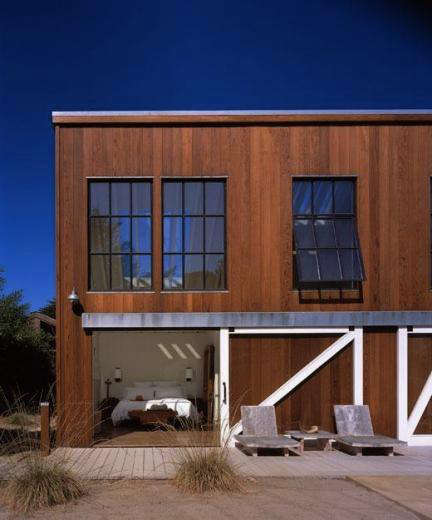 Above: A house in Stinson Beach by San Francisco-based Pfau Long Architecture.