At The Saint in Seattle, owner Quentin Ertel offers the tequilas of Mexico. Not the tequilas of spring breaks and big regrets, but the warm, earthy versions made for sipping and talking, dancing and philosophizing.

For his restaurant and bar, Ertel felt strongly about drawing inspiration from modern Mexico, "to state emphatically that we were doing something bold." Said boldness was to bring to Seattle something new: a tequila bar befitting its amber inspiration, both elegant and open, populist but respectful (read on for Ertel's recipe for The Saint's Honeysuckle Cocktail, a boozy-sweet start to tequila salvation).

In his many trips to Mexico, Ertel had admired spaces that were something to behold though their materials were humble. Translating the notion to his own space meant using modest materials to sophisticated effect. Ertel designed the space himself in collaboration with branding team 51 Eggs and design-build firm Mallet. In developing their designs, budget played a role but the need for economy was fuel for creativity. Says Ertel, "Our resourcefulness, in the end, loaned the place an air of authenticity."

So who is The Saint? Despite its ecclesiastical connotations, the name is meant to be open to anyone's interpretation. The Saint is among the matadors and matadoras whose portraits line the walls, symbols of everyday people beatified by their peers. The Saint could, of course, be "evocative of the "religious" experience one has when a few pours of tequila are involved." Whatever it means, how did Ertel and his crew divine it? "We cracked a bottle of nice tequila and got to brainstorming." 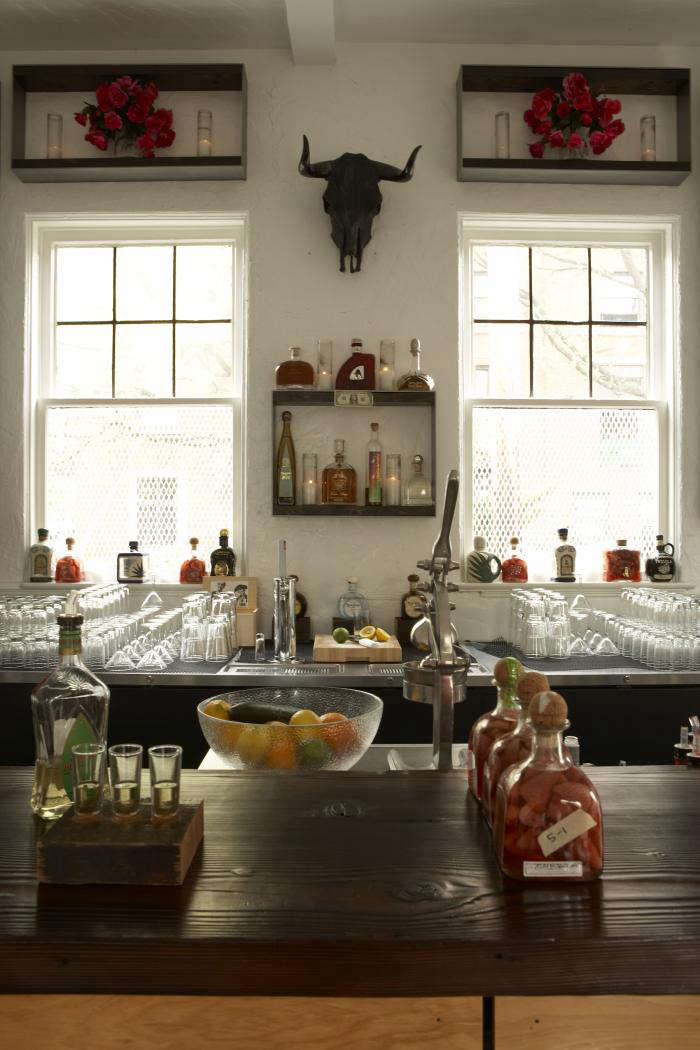 Above: The bar windows appear to be clad in lace (the Saint inherited the aging windows with their still-sturdy grillwork security screens). 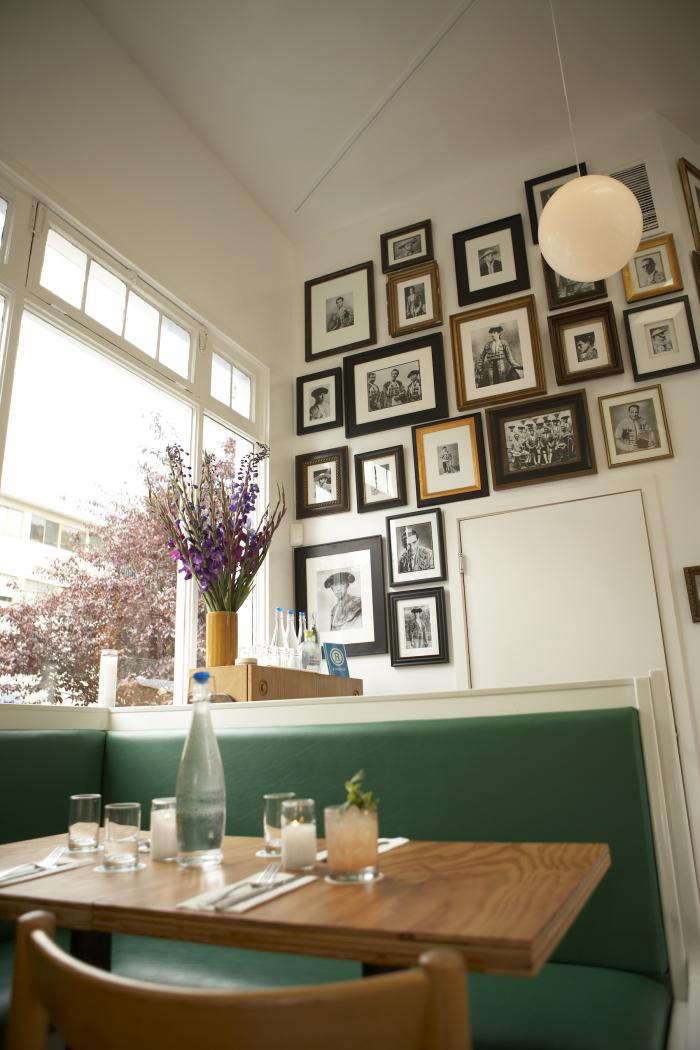 Above: Teal green benches and plywood table tops are among the humble materials meant to conjure an informal vibe. The color palette was inspired by the vibrantly colored houses of Mexico, as well as the colors of the Mexican flag. 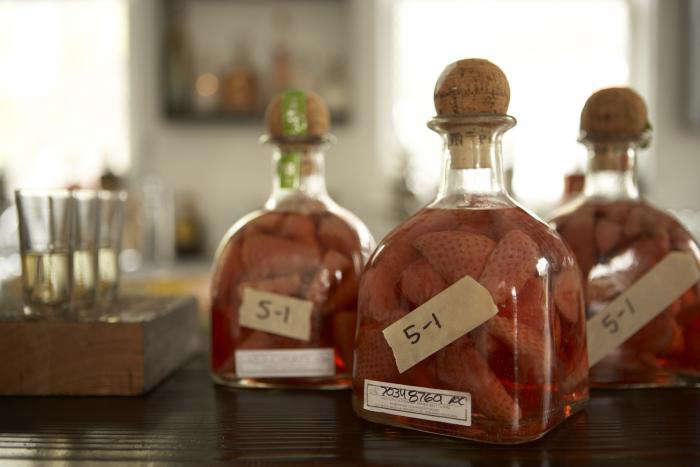 Above: House-cured Fresas–strawberries soaked in tequila blanco—one of The Saint's many homemade infusions. Among the offerings are pineapple and cinnamon; vanilla bean in reposado; and a "very hot" arbol pepper infusion. 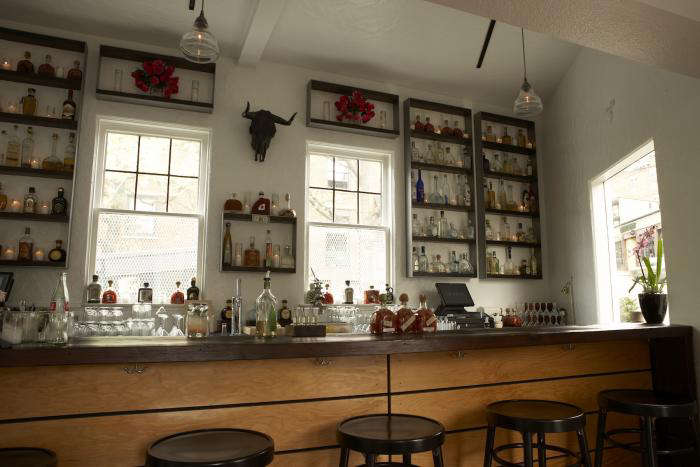 Above: The bar counter is reclaimed fir, charred and stained to emphasize the grain. The plywood die wall was a cost-effective choice but also plays into the humble space/revered tequila motif. Custom fabricated bar shelves are stained fir in steel casings. 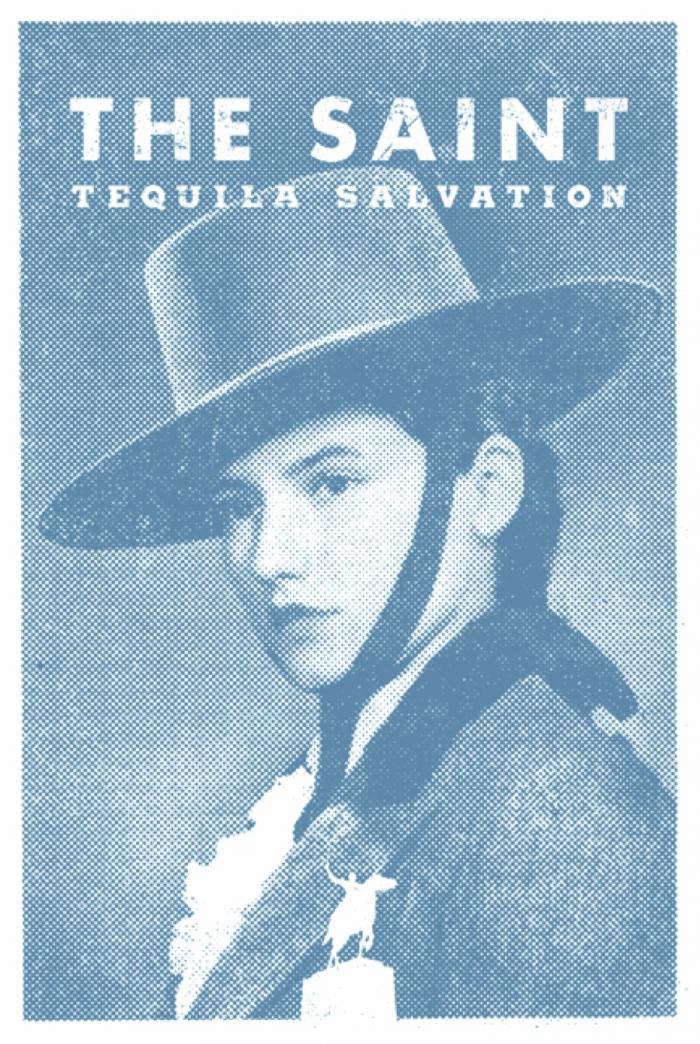 Above: The Saint's impressive cache of matador images was a lucky find from a trove of Mexico City bullfighting magazines from the 1920s and 30s. Here, an image incorporated into the graphic design by 51 Eggs. Other images, culled straight from the magazines, line the restaurant's walls. 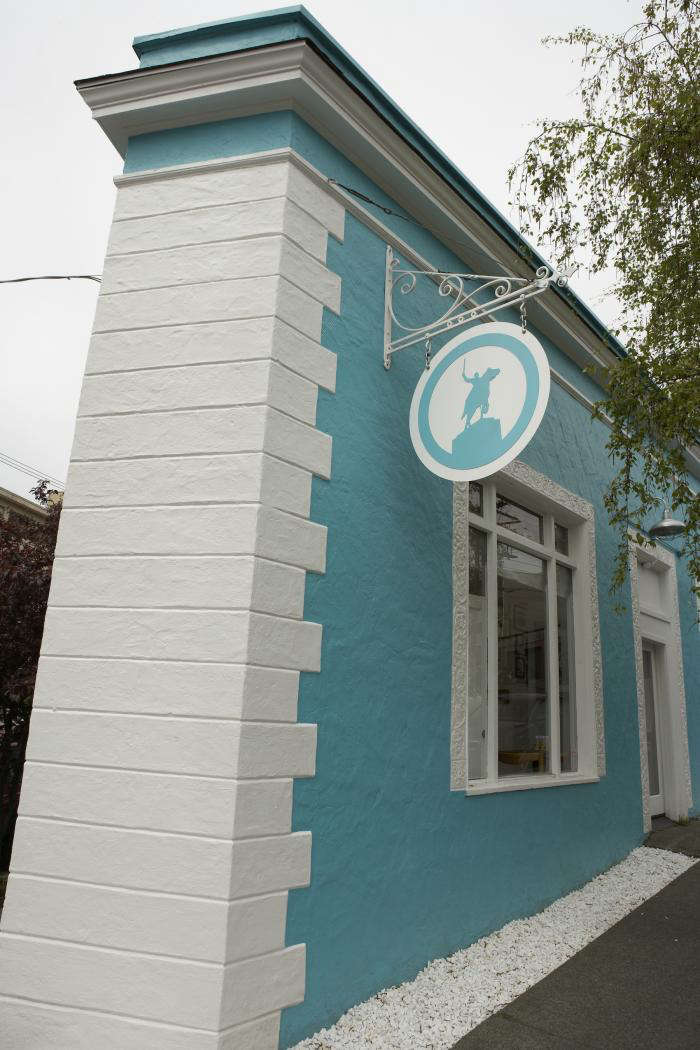 Above: Though the bar sits on an awkward concrete island on a busy Seattle street, its vibrant teal blue makes it hard to miss.

Many thanks to Quentin Ertel (a self-identified Remodelista fan) for sharing this recipe with us. "The Honeysuckle is on the sweet side, however it is a delicious and refreshing summertime cocktail and it's simple for people to make at home."

The Honeysuckle Cocktail, courtesy of The Saint

Combine all ingredients in a mixing tin with ice. Shake and strain into a cocktail shell, and garnish with an edible flower.

Eager for more inspiration? See 710 images of Restaurant Interiors in our new Gallery of rooms and spaces.

Oaxaca by Way of Texas: JM Dry Goods in Austin